The unanimous ruling has broader implications for future property cases. 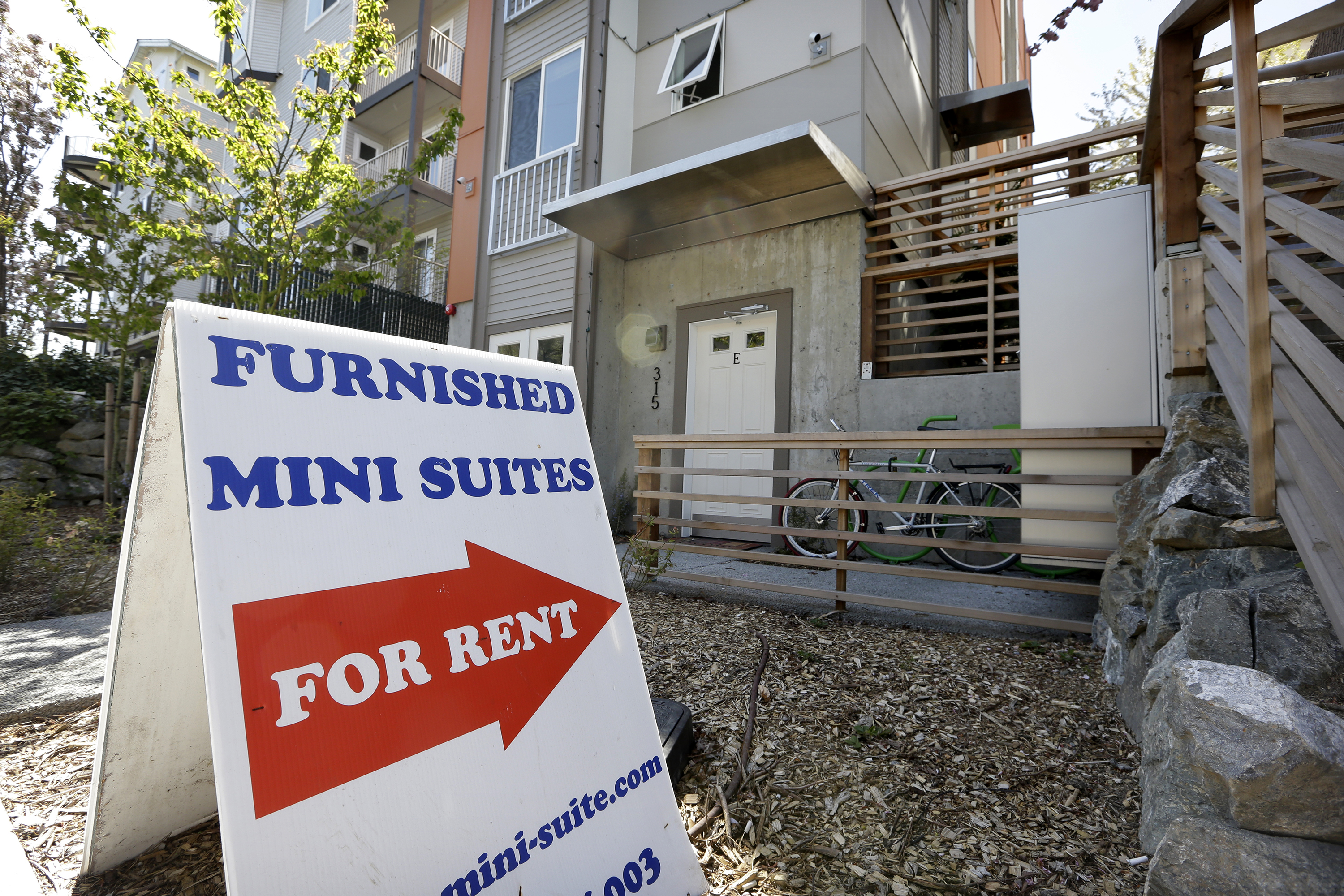 Overruling a lower court decision, the state Supreme Court decided unanimously that it is legal for Seattle to require landlords to accept the first qualified candidate for a rental. (Elaine Thompson/AP)

The law, known as the First in Time (FIT) law and initially approved in 2016, is believed to be the only one of its kind in the country. It dictates that landlords must review applications in the order their applications are received and accept the first qualified prospective tenant.

Tenant advocates pushed for the law as a means to eliminate landlords’ “gut check” rationale for accepting some applicants over others — and in the process theoretically reducing any implicit or explicit bias against certain groups.

Indeed, while Seattle is an outlier in mandating such a process, the court’s ruling pointed out that offering tenancy to the first qualified applicant is considered a “best practice” by real estate groups. “The procedures required by the FIT rule are consistent with industry recommended best practices,” wrote Justice Mary Yu on behalf of the court.

Opponents argued that the law will have unintended consequences that hurt both less advantaged renters and small landlords.

The law was challenged on several legal grounds, including by the conservative Pacific Legal Foundation, a law group established by former Ronald Reagan staffers “inspired by the American ideals of individualism and liberty to enforce real constitutional limits on government power.”

The group’s main arguments were that the new law “destroys one or more of the fundamental attributes of ownership” and represented an illegal taking of private property by a government entity. Additionally, the group contended that the law infringed on landlords’ free speech rights.

A King County Superior Court judge agreed in 2018, putting implementation of the law on hold.

But the state Supreme Court sided with the city. “The FIT rule is unquestionably an experiment,” wrote Yu. But because it’s untested does not mean it’s unconstitutional, she said.

The ruling has broader implications than just the implementation of the new law. The court clarified that, despite the arguments of those suing the city, the court does not have its own definition of what constitutes an illegal taking of property. This case and future cases that touch on similar claims will therefore rely on the federal government’s definition of an illegal property seizure — that it’s either an actual physical taking or that regulations deprive owners “of all beneficial use” of the property.

The court ruled that neither applied in this case.

In clarifying its definition of an illegal taking of property, the court said a number of cases decided by the state Supreme Court in the past no longer count as precedent — which could broaden the ability of local municipalities to enact property-related laws.

"These cases restore the appropriate level of deference to our locally elected policy makers,” City Attorney Pete Holmes said in a statement.

On the question of free speech, the court also disagreed, saying that the rule did not restrict how landlords could advertise or speak about their vacancies.

“Obviously, we’re disappointed,” said Brian Hughes, lead attorney for the Pacific Legal Foundation. “The sad reality is that the inability to make common-sense decisions about how to manage rental property will prompt a mass flight of mom-and-pop landlords from the Seattle rental market. That will constrict supply in an already desperate housing market and force more tenants to rent from large, corporate property managers, which is rarely in their best interest.”

Sean Martin, executive director of the Rental Housing Association of Washington said more regulations like these will push landlords to sell. "Small landlords provide the most affordable housing in the city and fewer units available just makes the housing crunch worse," he said. "This decision will speed up that exodus and make affordable housing even harder to find in Seattle.”

Holmes celebrated the ruling. “This ruling has been years in the making, and we prevailed thanks to smart lawyering and an eye toward addressing antiquated decisions of the past,” he said in a statement.

Seattle City Councilmember Lisa Herbold also praised the decision, calling it "another accomplishment on a long list of legislation Seattle can use to encourage other municipalities to protect renters from the scourge of discrimination everywhere."

In an interview, Herbold said she thought the court's broader clarification around its definition of an illegal property seizure could open the door up to other legislation. "I think there are other policies that the city has been interested in pursuing that we’ve held off on pursuing because of this case," she said. Herbold pointed specifically to a possible right of first refusal law, in which the city or advocacy groups would be guaranteed the first shot at purchasing property.

The court on Thursday also issued a separate ruling favorable to the city of Seattle. It related to whether landlords can consider an applicant’s background. That case will ultimately be decided in federal court, where the Pacific Legal Foundation is challenging its merits on similar grounds — that it's burdensome enough to qualify as an illegal taking of property. As it did with regards to the first in time law, the state Supreme Court said the standard for deciding whether or not that's the case should be based on the federal government's definition of an illegal taking.

Attorney with Pacific Legal Foundation, Ethan Blevins, said a petition to the U.S. Supreme Court "is a possibility."