Watching the Seattle Sounders make history, with 70,000 of your closest friends

On Sunday, Seattle claimed a 3-1 victory over Toronto FC to secure their second MLS Cup. The 69,264 fans in attendance at CenturyLink Field for Major League Soccer’s biggest game of the year witnessed history. Not only did they break the stadium’s attendance record, the Seattle Sounders claimed their second MLS Cup with a 3-1 victory over Toronto FC.

Early in the morning, a completely packed Pioneer Square set the tone for what was to come, with children clambering atop trash cans and spectators climbing trees to get a glimpse of the pregame rally. Before the noon kickoff, Seattle rapper Macklemore hosted a free concert, drawing in as many people as could fit into Occidental Park. At one point, a young boy — his face painted blue and green — held his mom’s hand as they walked into the stadium, chatting about how many people were there, how crowded it was. I overheard her say to him, “Just think of it as us and 70,000 of our closest friends.”

The championship match and burgeoning rivalry had been four years in the making. The Sounders and Toronto FC have faced off three times in the past four MLS Cup finals. For the previous two championship matches, the Sounders trekked to Toronto, where they won in 2016 after a nail-biting penalty shootout; in 2017, it was Toronto’s turn to clinch victory. Sunday’s was the game to settle the score.

And the Sounders settled it. At home. In history-making fashion.

Could it have been any other way? With nearly 70,000 lively fans cheering for the Sounders on their home turf — making enough noise to spark the interest of University of Washington-based seismologists — Toronto was prepared to fight, dominating the first half. Maintaining nearly two-thirds of ball possession and creating twice as many passes as the Sounders, the Reds gave the packed stadium reason to feel nervous. Both sides remained scoreless after the 45th minute.

That is, until the Sounders’ Kelvin Leerdam came along 12 minutes into the second half. With an attempted cross ricocheting off Toronto defender Justin Morrow into the back of Toronto’s net, the score rose to 1-0, fire exploded from the goal posts, and the stadium took to its feet and exhaled a momentous sigh of relief. Any fear that Toronto managed to impart in Seattle fans had nearly vanished.

But to dispel any lingering uncertainty, a brilliant Victor Rodriguez — whom Sounders Coach Brian Schmetzer had subbed in earlier in the half and would go on to be awarded the title of MLS Cup Most Valuable Player — revitalized the energy, the electricity and the hopes of victory with a clean strike from just inside the box in the 75th minute.

The third Sounders goal, by Raul Ruidíaz, in the 90th minute, was simply the icing on Seattle’s hard-earned, long-awaited, blue-and-green cake — and a special gift to Sounders fans, who have come to deeply admire the Peruvian national and his elegant goal scoring. The stadium at that point was already celebrating the win; even Toronto’s Jozy Altidore couldn’t quell that excitement with his late header into the back of Sounders goalkeeper Stefan Frei’s net during extra time — hardly a consolation prize for the red-clad Toronto fans.

The final whistle blew, cementing the Sounders’ victory in history and making the magic of the day a reality.

In the past 100-plus years, only two Seattle teams have had the opportunity to celebrate a victory in front of their home crowd. The Seattle Metropolitans claimed the Stanley Cup at the long-gone Seattle Arena in 1917. More recently, the Seattle Storm rejoiced at KeyArena in 2004 when they won their third WNBA title.

The home win means just as much to the fans as it does to the players. The Sounders fan base brings a special kind of energy to home games, a fact that has not gone unnoticed by the team. Schmetzer, the Sounders’ coach, has seen this firsthand over the years, first as a player for the Sounders when they played in the North American Soccer League, and later as their coach across various minor leagues and eventually the MLS.

“The players and the fans deserve this,” an emotional Schmetzer said in his postgame news conference.

It’s no secret that Seattle fans are a vivacious bunch. Look at all the Seahawks jerseys scattered around during Monday Night Football, the Mariners caps floating through the city, the Sounders scarves hoisted proudly in the air.

It’s a city that sold 10,000 tickets in just over 10 minutes for a hockey team that didn’t yet exist, a city that filled CenturyLink to capacity for the MLS championship in nearly the same short amount of time. It’s a city that celebrated this historic win together as a family, still chanting outside the stadium, handing out high-fives to strangers passing by and encouraging cheers: yes, we finally did it.

And in that postgame euphoria, it really did feel like being around 70,000 of your closest friends — even more, as fans who weren’t lucky enough to score a ticket left their viewing parties in bars and restaurants to take to the streets in an emerald wave of celebration. The smell of fried food and freshly grilled hotdogs wafted down the streets and Lizzo’s “Good as Hell” blared on the speakers as fans left the gates.

As Macklemore would put it, everything felt glorious. 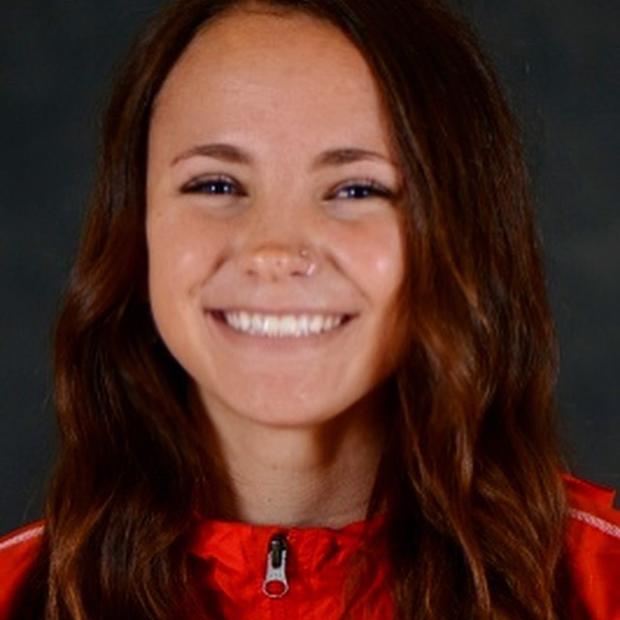 Michelle Newblom is a senior studying creative writing at Seattle University. She served as the university paper's editor-in-chief for the 2018-19 school year and is currently its copy chief as well as a captain of the track and field team.