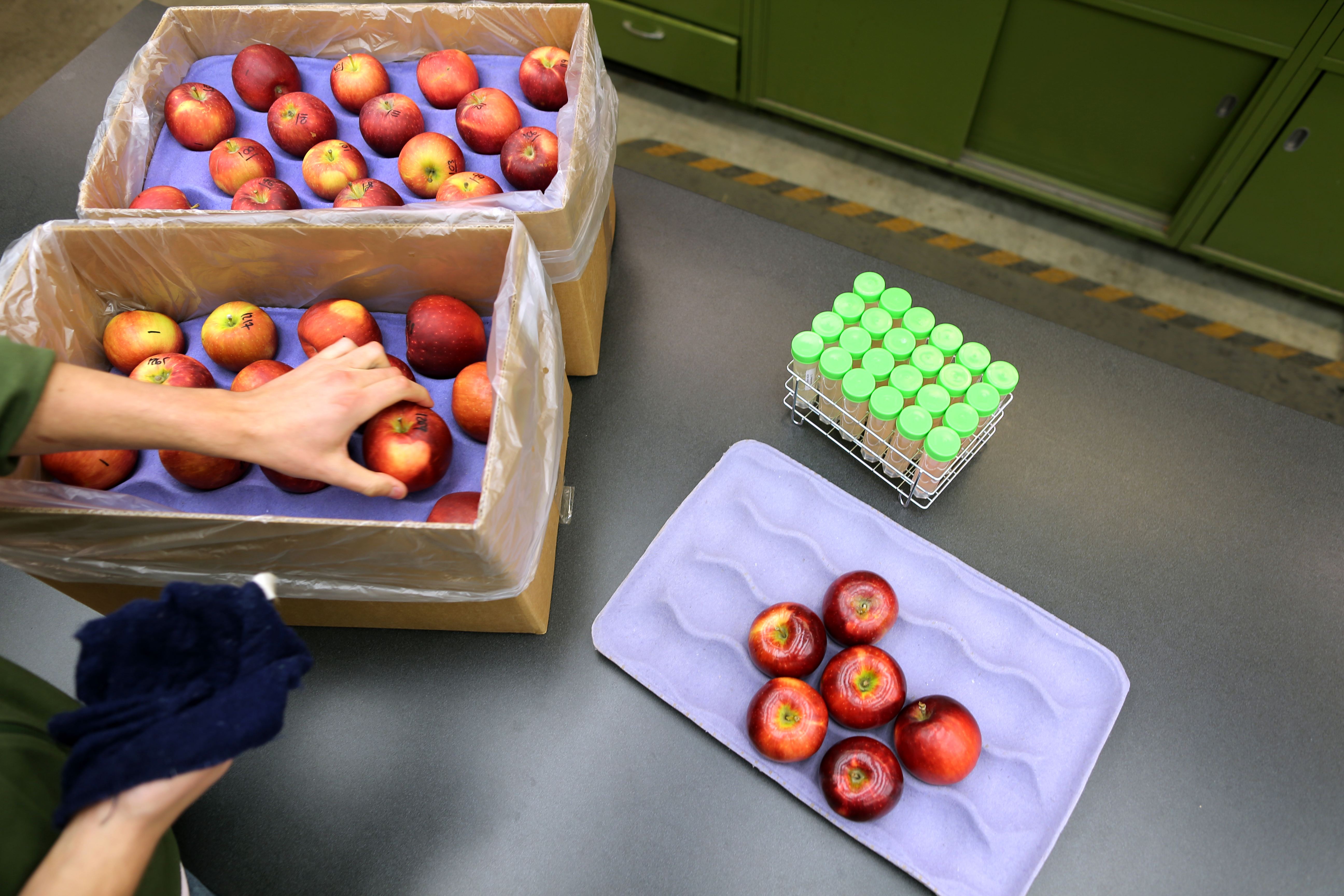 By now, you can’t have missed the Cosmic Crisp. You weren’t meant to.

The apple varietal, an agricultural “moonshot” rolled out with a multimillion-dollar marketing campaign, is built to unseat the aging mainstay Red Delicious as Washington apple growers’ top seller. A trademarked motto dubs it “The Apple of Big Dreams.”

While the Cosmic is an apple with international ambitions competing on a global stage, Washington is currently the center of the apple’s universe. This is our chance to bond — or not — with what could be the new platonic ideal of appleness.

The Cosmic Crisp came with a five-year, $10.4 million marketing budget to turn it into Washington’s premier apple. The push for the first commercial crop to reach market — about 450,000 boxes of apples picked this fall — kicked off Dec. 1. In the weeks since, Cosmics have been flying off grocery shelves at a wide array of prices. I’ve seen them selling for everything from $1.99 a pound to nearly $5 a pound. My wife bought a single organic Cosmic at a co-op on Capitol Hill. It was big, red and perfect, except the price — $5 for a single apple!

The rollout is just that: a beginning. This batch of apples comes mostly from trees that growers planted three years ago. The output is modest compared with the brand’s ambitions. Consider this ramp-up, according to projections provided by the apple’s marketer, Proprietary Variety Management: 2 million boxes next year, nearly 6 million the next, over 10 million the next, 14 million the next and on up to over 21 million boxes by 2026. To give a sense of scale, a box of apples weighs 42 pounds, so this year’s 450,000-box output equals about 19 million pounds of apples. You can calculate the weight of the coming expectations from there.

Naturally, there is some cynicism around the effort, at least judging by some social media response. Seattle Times writer Ron Judd joked on Twitter: “Cosmic Crisp Motto: ‘You’re going to love it whether you like it or not.’” On Facebook, Judd also referred to them as “Copper River Apples,” alluding to the aggressively branded Alaskan salmon. Facebook friends of mine have weighed in with attitudes ranging from “where can I get them” to “I’m sticking with the Jonagolds.” A grower in Wenatchee who specializes in “heirloom” apples was reported to have said the Cosmic is just a phase. If so, it’s a phase that can’t be ignored.

Contrary to Judd’s quip that everyone’s going to have to love it, the apple’s inventor, Bruce Barritt, whose business card identifies him as the “Breeder of the Cosmic Crisp,” is not expecting universal love. In an email to me shortly after launch in December, Barritt wrote, “Expectations are so high for CC that some will be disappointed. We also have to remember the phrase used by food scientists, ‘the plural nature of perfection’; meaning not everyone likes the same thing.”

I recently met up with Barritt at the QFC in Seattle’s University Village, where he was handing out Cosmic slices and getting responses from the shoppers. The place was packed with shoppers and an endless number of women pushing large carts that made the interior of the store resemble the crowded parking lot outside, where vehicles were circling and jockeying for position. Barritt, who lives in British Columbia, having retired from Washington State University (for which he created the apple), is bright and engaging. I have written before that he has the look and energy of Seahawks coach Pete Carroll on the eve of a big game. He’s delighted to see the consuming public eat his baby.

But Barritt reiterates that the Cosmic will not please everyone. Some people like tart, some like sweet, others are very attached to their longtime favorites. Despite the Cosmics’ advantages for growers and packers — bred for Washington’s climate, easier to pick, less wastage, longer lasting in storage, doesn’t brown when cut — his concern is not for the industry but the consumer.

The feedback he’s getting is mostly positive — less plural than near unanimous. People like it. One shopper talked about how she loves “the Cosmic concept with the speckles on the outside.” Another said her 14-year-old sent her to the store with orders “to specifically get more.” Another shopper said her bosses were in town from Boston for meetings, heard about the apple and sent an Uber to pick up a box and deliver it to them before they left. They didn’t want to get on a plane without having tried it.

Some folks seem to think it is a bit too sweet, others a bit too tart, which are the two main things an apple has to offer the taste buds: acid and sugar. Next to flavor are three other characteristics, Barritt says: texture, crispness and juiciness. The Cosmic scores high in all three of those categories. I think the real goal is not to make the most artisanal apple, though it is one on a mass scale, but to redefine what the broader public expects in an apple. In Washington’s longtime apple workhorse, the Red Delicious, flavor has been bred out and texture tends toward mealy. Yet they are considered by many around the world as looking how the perfect apple should look.

The Cosmic seems aimed to shape what a new generation will see fit to eat, what moms and dads will put in the school lunches, what school kids will put on the teacher’s desk, what box of juice a toddler will drink. Barritt’s business card is a kind of indicator — the bold Cosmic Crisp logo, floating in space with sparkles and a gassy rainbow color scheme of a distant galaxy, marries space fantasy with a kind of My Little Pony palette. There is a Cosmic Crisp cider blend and bagged slices for after-school snacks. A Cosmic Crisp apple juice from Tree Top is coming. A promotional piece features a young girl in a space suit holding an apple which is described as a moonshot-level innovation. Cosmic Crisp marketers are sponsoring a children’s theater production of Johnny Appleseed touring the country, accompanied, of course, by Cosmic samples.

They are also embedding the Cosmic into some of the Northwest joys of life. In January, Theo Chocolate will begin selling an organic Cosmic Crisp Apple Pie Bark made with organic apples from River Valley Organics in Eastern Washington. The crisp will consist of “apples [that] are … sliced and cooked in sugar and butter, placed on the chocolate, and finished with a buttery caramel drizzle and a white chocolate vanilla bean crème anglaise,” according to Theo brand manager Monique Heineman. They’ll be available only at Theo’s Fremont factory. Popular Remlinger Farms in Carnation is said to be planning to offer a Cosmic apple pie as well.

So, yes, big budgets and big dreams and big bets on the Cosmic Crisp are making the apple high-profile. You don’t have to like it, but there’s a good chance you’ll try it in one form or another. And it might change what the next generation thinks a good apple should be. 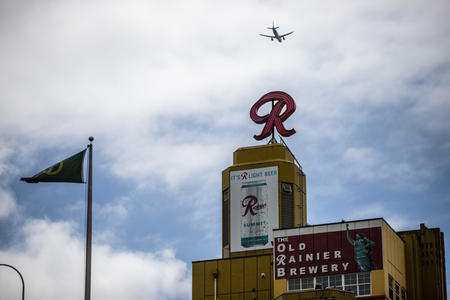 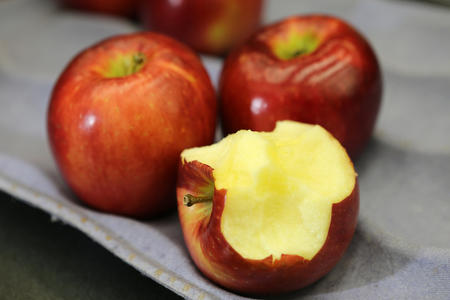 The state has invested years of effort in the belief that a new apple variety, the Cosmic Crisp, will be a winner.

by / November 13
Article continues below

The state has invested years of effort in the belief that a new apple variety, the Cosmic Crisp, will be a winner.

How a military career led this Seattle-area nurse to farming

Kayla McCarthy is trying to leave her home base better than she found it by creating community in a garden.