Homeless and sick: One Seattle man's path shows the slow pace of progress

Since Crosscut wrote about Seattle's aging homeless populations and shelters overwhelmed by an increase in medical issues, Hughes Daniels' story is one of hope. 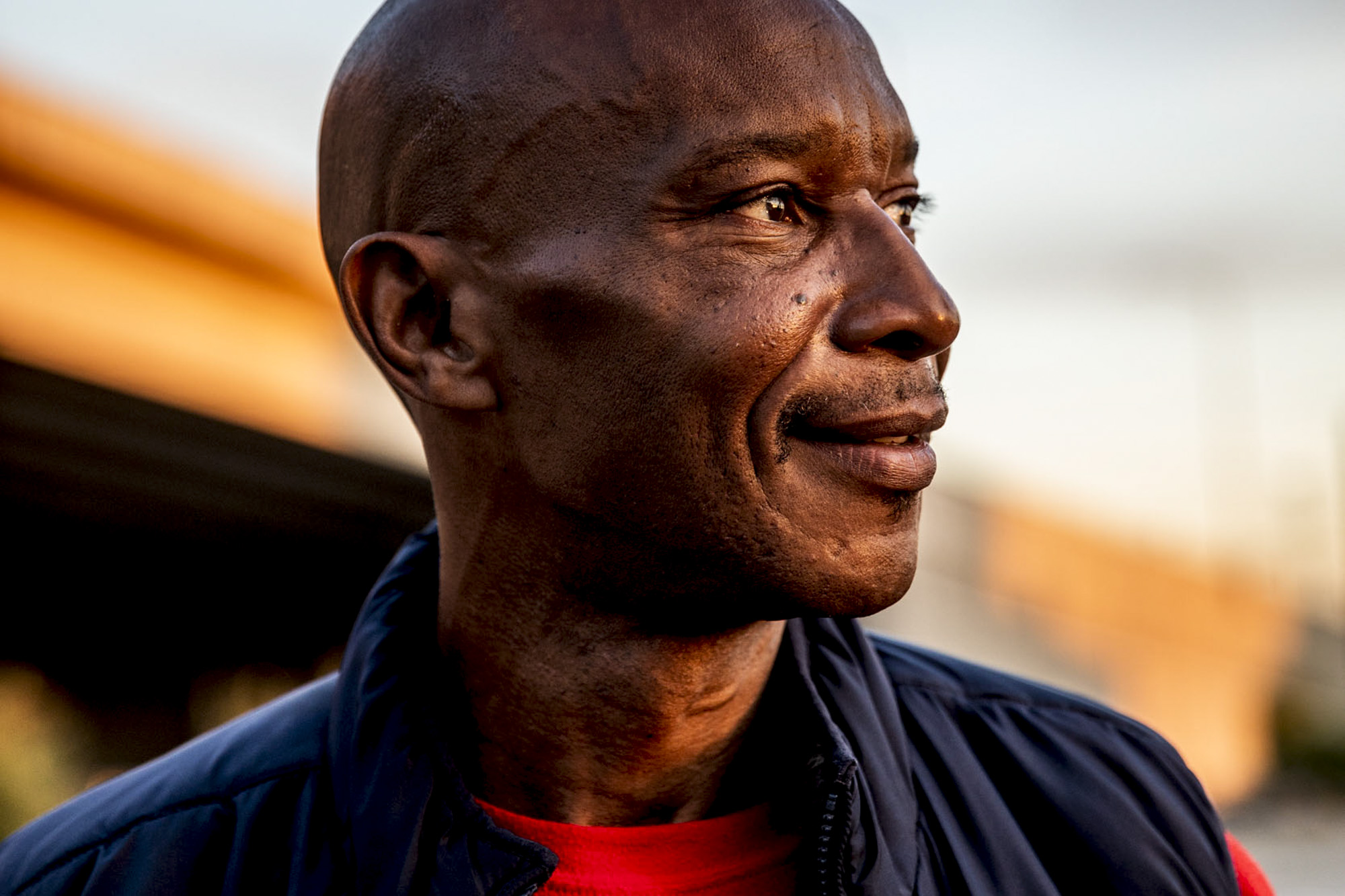 For months, Hughes Daniels had been waiting among the mats in SoDo’s St. Martin de Porres shelter — for housing, for disability income, for news about his colon cancer.

Since he last spoke with Crosscut last summer, some things have improved for Daniels. Surgery to remove 35 polyps from his colon was successful, and his doctors recommended against chemotherapy. The procedure was minimal enough that they were able to rebuild his colon and remove the colostomy bag affixed to his abdomen.

Daniels has also found a line to an apartment, finally. It’s in an affordable housing development for people 55 and up (Daniels is 57) off of Rainier Avenue.

But Daniels must keep waiting, for just a little longer, he hopes. He’s been approved for disability income, but the paperwork hasn’t come through yet, and he doesn’t know when it will. Until that happens, he cannot move into his new apartment, for which he must pay a third of his monthly $771 Social Security check.

“Everything is up for grabs, but nothing is definite yet,” he said, sitting at a table in the center of the cavernous shelter, which shares a wall with Seattle’s Coast Guard outpost. “I feel positive about everything. I know things will fall into place, but not in my time. I’m ready now, the apartment is ready now, but I don’t have it in my hand.”

Before he got sick, Daniels worked as a mover. He had jobs all over the country moving furniture and boxes for people, most recently in San Francisco before he moved to Seattle.

Jobs were slow to come here and, rather than burden friends, Daniels moved into St. Martin de Porres. He assumed it would be temporary until he found consistent work. But then came the pains in stomach, like knives, he said. After a visit to the emergency room, doctors found a tumor on his colon and a slew of concerning polyps.

Following a surgery, his core strength was decimated, his body was fragile, and moving heavy objects was out of the question. He was in a place he never thought he’d be: homeless without a clear plan for escape.

Daniels’ story is increasingly common, as Crosscut reported last summer. People of his age — latter-half baby boomers — are less financially secure than their older peers and are among the most vulnerable to homelessness. As they age, they’re growing sicker, throwing new people into homelessness and overwhelming shelters ill-equipped to handle serious health issues.

St. Martin de Porres has been accommodating for Daniels, letting him stay during the day. Most of the other 200 men must leave. There is a nurse who comes sometimes to help with sick clients, but that’s it.

“They’ve been very supportive with what they have,” he said.

Daniels’ mat is in a far corner. After the surgery, it was hard for him to climb up off the floor. His colostomy bag needed constant attention and emptying; when the lines to the bathroom were long, it would spill sometimes.

“I’m just tired of being around so many guys,” he said. “That’s the toughest part.”

It’s a relief for Daniels to have ditched the colostomy bag. But he still feels fragile and he worries about whether a tumor could return. He’d like to work, but he can’t lift anything heavy and is unsure what else to do.

He found the apartment with help from a case manager at St. Martin de Porres. Around the same time, he also got word he had qualified for disability income.

“That felt really, really great,” he said. “Everything is happening at one time: the housing coming through, the disability being approved. Those are the main things I need: Money and a roof over my head.”

When the disability does come through and he can claim the apartment, Daniels said he won’t sit idly.

“Even if I move slow at the pace of a turtle, still I want to be going forward,” he said. “It’s just that you run into these walls and you have no power or control over the circumstances of the situation. That’s pretty much where I am now. I’ve done all I can do; I’ve done all I’m supposed to do.”