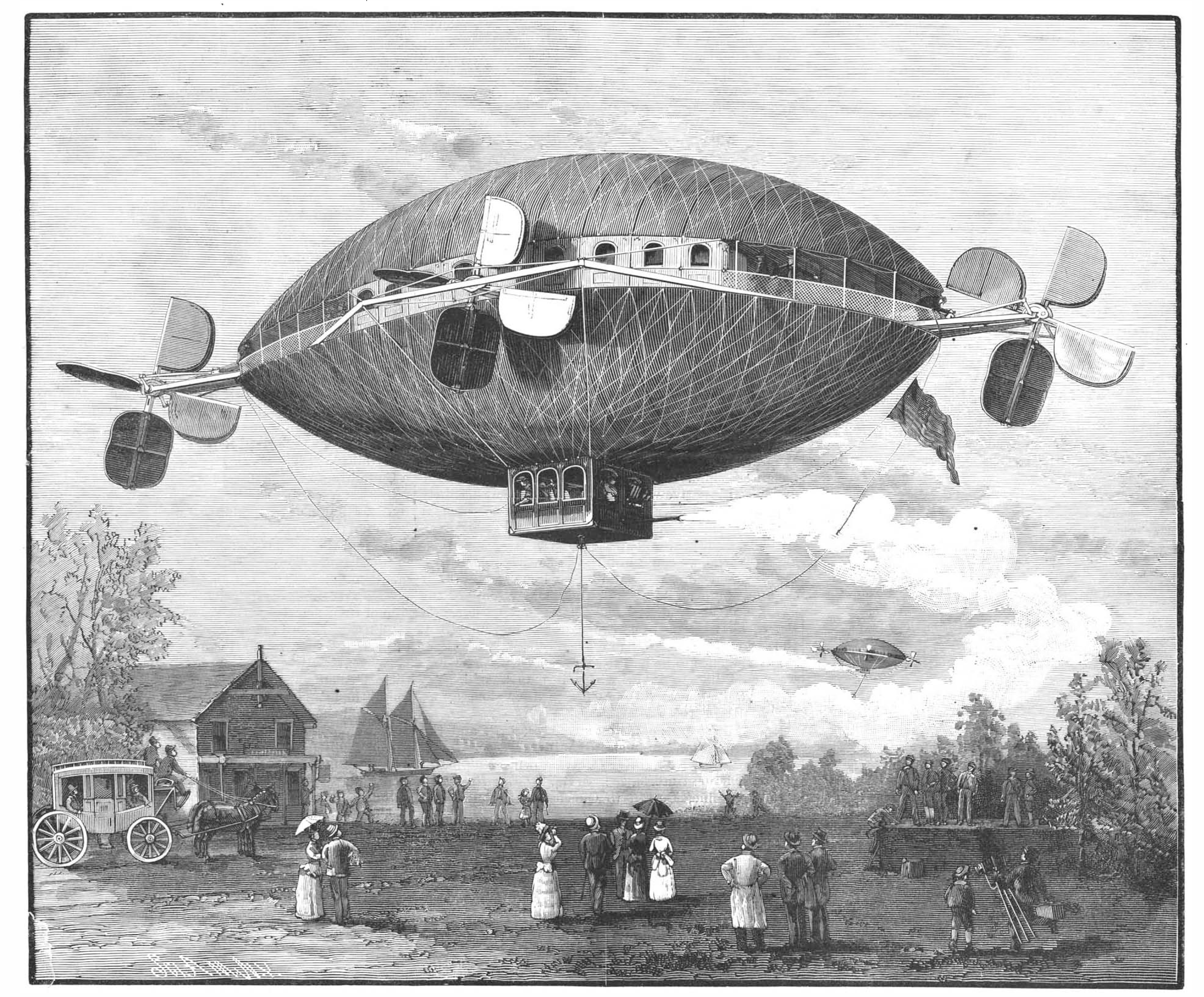 At the turn of the 19th century, the idea of being able to fly to remote areas in search of gold and adventure spurred many inventors into action. This engraving, from 1887, details a concept for a saucer-shaped blimp. The inventor claimed a captain would be able to steer it in any direction. (Moses S. Cole)

The Northwest is known for its contributions to aviation and aerospace, from Boeing for bringing us into the Jet Age to local contributions to the Space Age (in both the 20th and 21st centuries). But it all goes back much further than you might think.

I’ve long been fascinated by the flying saucer phenomenon, which started with a sighting at Mount Rainier in 1947. But as I dug into that history, I found that there was an even earlier mass encounter with UFOs in the region, one that had ties to an economic boom that helped boost Seattle: the Klondike Gold Rush.

Really? A connection between the gold rush and UFOs? Hear me out.

The late 19th century was a time of great technological change — diesel engines, electric lights, the telephone. The newspapers of the time were full of new inventions. In the 1890s, people were also looking to the skies. Hot air balloons had been around since the late 18th century, but creative thinkers wondered if it might be possible to build a new generation of airships that would stay aloft, transport people and goods, and be steered and motorized.

Well-known inventors such as Thomas Edison thought about the future of airships. So did science fiction writers like Jules Verne. But at this time, airships, blimps and dirigibles were yet-to-fly concepts — none were known to be in the air.

The earliest account I’ve found of someone working on an airship in Washington state was E.D. Parrott, in 1895. According to newspaper accounts at the time, he had raised some $500,000 and was assembling his invention in Goldendale in Klickitat County, on the Columbia River. He promised to fly it for the public on July 4 of that year.

A report in the Seattle Post-Intelligencer, picked up from The Dalles, Oregon, Chronicle in April 1895, centers on a test flight of this machine, described as small and light, made of aluminum, with propellers and a four-horsepower engine. It reportedly flew 150 feet off the ground in a short circle and landed.

Parrott later backed out of the July 4 demonstration, disappointing attendees. Like many other inventors and would-be innovators of the period, his name dropped from the news, though I have found references to an E.D. Parrott who applied for patents for a propeller and carburetor in the early 1900s. Despite the press story, E.D. Parrott isn’t credited with the first flight of an airplane or an airship. (The Wright brothers’ first flight took place in 1903.) But Parrott’s claimed work is evidence that our state’s aviation roots go back a long time before Bill Boeing.

Not long after, in late 1896, reports of a flying cigar-shaped airship came out of northern California. It was said to have floated over Sacramento and the Bay Area at night with bright lights. Suddenly, sightings were happening all over the West, including Oregon, Washington and British Columbia. Airships were seen near Mount Rainier, over Spokane, Snohomish and British Columbia. The sightings swept across the nation in 1897, creating what historians now call the phantom or mystery airship phenomenon. As with UFOs, people speculated that these sky objects were new inventions, alien craft from Mars, atmospheric anomalies or outright hoaxes.

The sightings seemed to prompt a redoubling of efforts to get into the air, sped up by the simultaneous discovery of gold in the Klondike and Alaska in 1896-97. The clamor for riches was the perfect economic spur to invention.

Getting to the remote goldfields was difficult over land or by sea. Newspapers soon carried accounts of inventors from around the world who were determined to join the gold rush by air. According to Polar Winds by Danielle Metcalfe-Chenail, a history of flying in the far north, an editorial in The New York Times fanned the flames: “Suppose an airship to be now perfected and practical, the riches of the Klondike would lie patent to mankind. The difficulties of reaching that lonely valley would vanish at once.”

An inventor in Germany said he was working on an airship in Hoboken, New Jersey. The inventor of the first automatic machine gun, Hiram Stevens Maxim, announced he was building an aircraft for the Klondike. Canadian, French and Irish inventors said they, too, were building airships. A woman named Miss Eola Lee was said to be planning to fly an airship described as an “immense aerial houseboat” to the goldfields. Alas, none came to fruition.

But there were some strange sightings. One was reported in July 1897 from Rivers Inlet, British Columbia, where fishermen said they saw what they took to be a balloon, described as a powerful light with the pear-shaped body attached, presumably a balloon basket, according to the Seattle P-I.

That same month, a balloon expedition had been launched by Swedish explorer Salomon August Andrée from Spitsbergen, Norway, who hoped to pass over the North Pole. Could that balloon have reached the far north? No, as it turned out, since Andrée’s balloon had crashed on the ice only three days after takeoff. Andrée and his crew died, stranded in the Arctic.

The age of airships came later with the likes of the zeppelins, the first of which took flight in Germany in 1900. But the drama in the skies of 1897, and the boom of the Klondike Gold Rush, were events reflecting the excitement of the times, when the last frontier was not only Alaska and the Yukon, but manned flight itself.

The gold rush helped drive greed and growth in Seattle, but also sparked attempts at technological innovation in the skies — something that itself became a Seattle tradition. 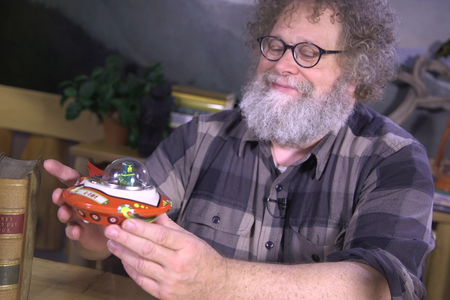 On this episode of Mossback's Northwest, a look at what happened on June 24, 1947 when a pilot flew near Mt. Rainier.

On this episode of Mossback's Northwest, a look at what happened on June 24, 1947 when a pilot flew near Mt. Rainier.