King County's political isolation is the story of 2019

The county remains a liberal bastion, but conservative ideas are thriving elsewhere across Washington state. 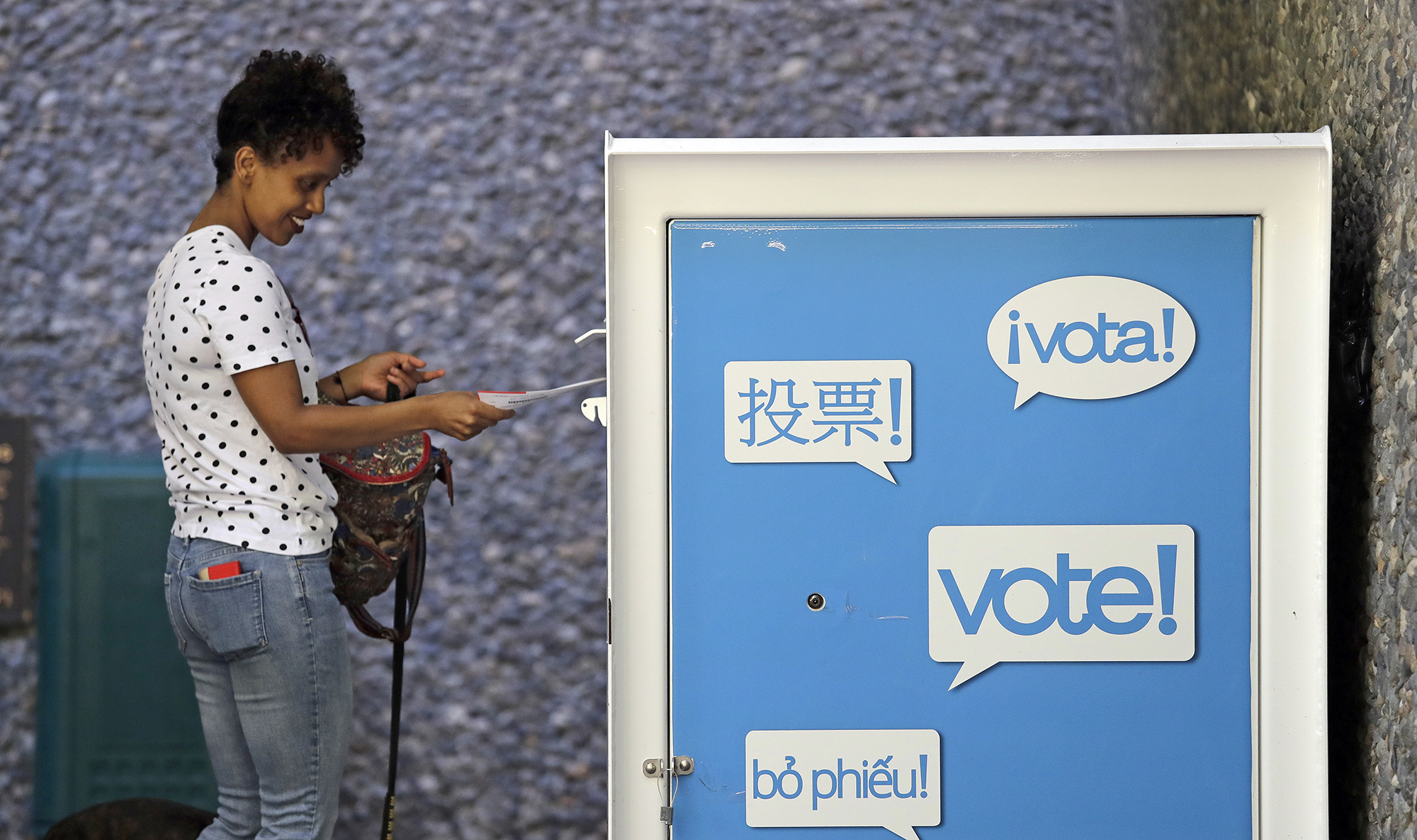 Seattle voters doubled down on progressive politics during the last election, but elsewhere in the state of Washington, voters turned toward more conservative voices. (Elaine Thompson/AP)

What an odd political year.

When the political ground shifts after an election, it moves in one direction. A lean to the left, a lurch to the right. And it usually stays that way for at least two years, at least in modern history.

This year’s election was different. The ground shifted in two directions at once. And it has changed politics in Washington state.

Go back a year ago. With all seven Seattle City Council races coming up the following November, informed observers debated whether the council was going to swing toward the center or remain on the liberal-left side of the spectrum. Tim Eyman was talked about in the past tense: a one-time policy entrepreneur accused of being a scam artist, sagging on the ropes and headed for a fall, courtesy of Attorney General Bob Ferguson. And anti-Trump resistance continued to percolate, with progressives and never-Trump Republicans wondering whether widespread political realignment leading to Democratic dominance for years was possible.

It is now a year later and here is what we know.

Seattle voters did not push their city council toward center. Nor did they opt for the status quo. They instead voted for an even more progressive majority. I don’t know anyone who was predicting that a year ago. So emboldened are incoming council members that they might return to the “head tax” wars of yesteryear, which touched off a citizen revolt and prompted the council to repeal its own ordinance six weeks after enacting it, lest it face a voter referendum. The next council doesn’t appear to have this fear. Voters might actually approve it.

But voters outside Seattle evidently weren’t in a progressive mood. They decisively voted yes on Initiative 976 and $30 vehicle license tabs, bringing Tim Eyman back to the center of the ring, hand aloft in victory. I don’t know anyone who was predicting that a year ago.

There are 49 legislative districts in Washington, and I-976 passed in 35 of them, losing in only 14. This happened in a state where Democrats control the Senate 28 to 21. Post-election resentment began rising after King County rushed to court to get an injunction to indefinitely delay the measure and allow government to continue collecting tabs at the current rate. Most decision makers around the county don’t sense this anger because they don’t see it; King County, after all, voted down the initiative by nearly 20 points — Seattle, even more emphatically. But the anger is out there. When the people voted for $30 tabs 20 years ago and the courts struck it down, then Gov. Gary Locke quickly called a special session to enact the initiative into law. Gov. Jay Inslee, with a more liberal Legislature, doesn’t seem remotely interested in doing that. Meanwhile, the anger builds.

A more direct repudiation of the Legislature came with the rejection of Referendum 88, which would have returned racial preferences to affirmative-action programs in college admissions and government employment. Democrats passed it handily in both Houses just six months before the election, but it lost 34 of 39 counties and in 30 legislative districts. This, despite a huge fundraising advantage in the campaign’s final month, a ballot title that obscured the central purpose of the initiative and a massive turnout by pro-R-88 voters in Seattle.

This is the first time the state voted one way on two ballot measures while King County, home to one third of its electorate, voted decisively the other way. A statewide campaign can now lose King County by 20 points and still prevail. I don’t know anyone who was predicting that a year ago.

For generations people talked about “the Cascade Curtain,” which divided the conservative central and eastern side of Washington from the more moderate-to-liberal western side. Today, that political curtain divides most of Washington (with several progressive outposts) from its largest county, which is defined by a politically robust left-wing city and moderate-to-liberal cities and suburbs.

What does it mean going forward? It means that liberal ideas are still safe in most of King County and left-wing ideas are viable options in Seattle. But outside the county, it is conservative ideas — tax and spending limits, a rejection of any income tax, law-and-order policies and the defiance of politically correct orthodoxy, such as Seattle’s homeless policies — that are on the rise.