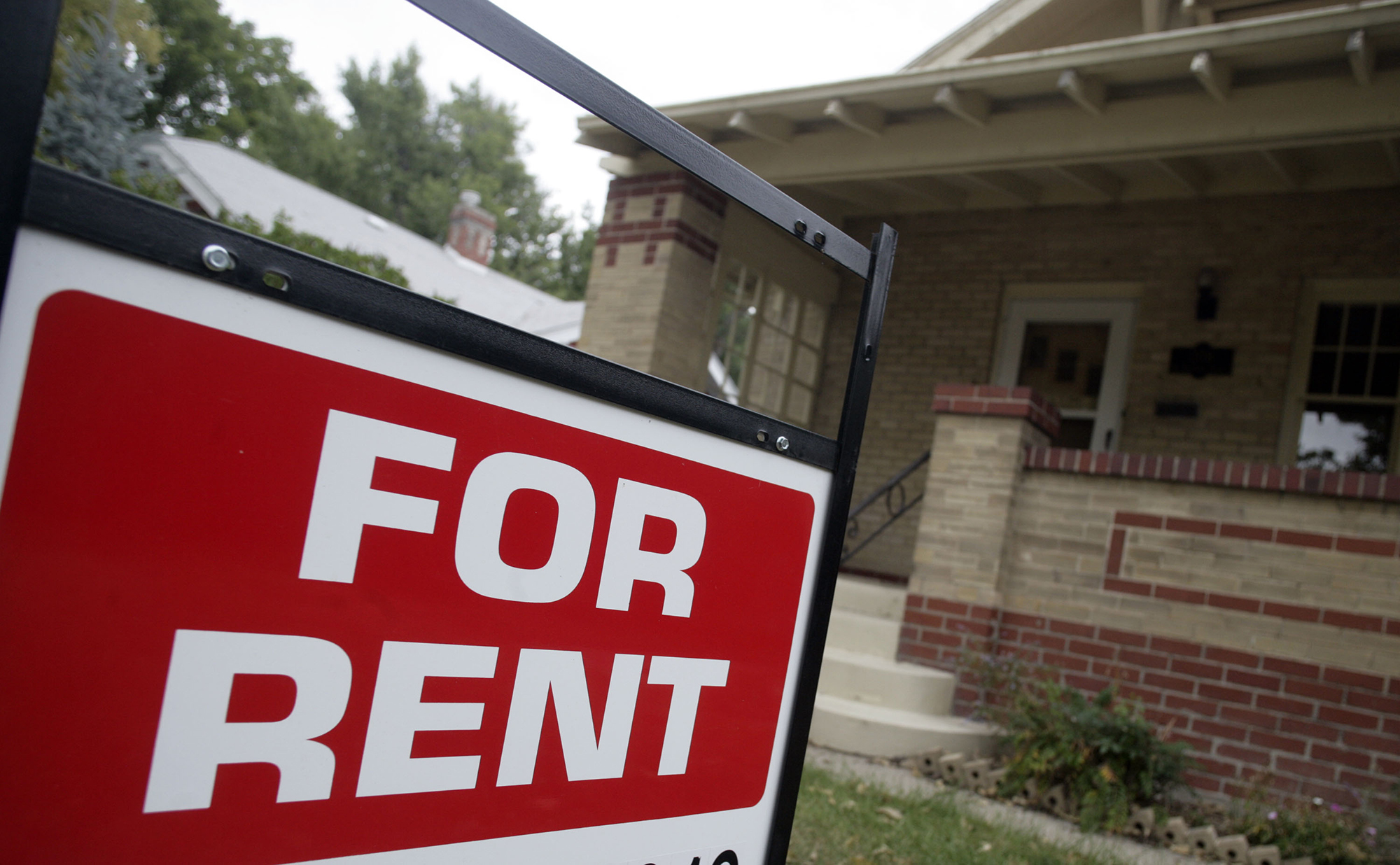 A law adopted by voters in Federal Way may become a template for a statewide measure that would make it harder for landlords to evict tenants in Washington state. (David Zalubowski/AP)

Momentum is building for state legislation that would require landlords to show good cause when terminating rental agreements with tenants.

Lawmakers and tenant advocates said just-cause policies will likely be prioritized over other proposed renter protections, such as rent control, during the upcoming legislative session, which begins Monday, Jan. 13,  in Olympia.

Although similar legislation was introduced in Washington's Legislature in 2019, the House bill stalled in committee. Recently Burien and Federal Way adopted city ordinances that outline reasons a landlord can remove a tenant from a rental property, prompting a closer look into state laws again this year. Both cities joined Seattle in adopting stricter protections for tenants.

“People are really feeling the squeeze on housing costs,” said Rep. Nicole Macri, D-Seattle, during a November interview. “Hearing from areas outside of Seattle that people are really struggling” has been the “most compelling” reason for her to sponsor renter protections, she added.

Macri said she hopes that landlords will be more willing to participate in just-cause negotiations this year.

Sen. Patty Kuderer, D-Bellevue, who sponsored sweeping “eviction reform” policies last year, said in a recent interview that legislators will be looking at a “statewide standard” during the 2020 session.

The changes to the Residential Landlord-Tenant Act are being proposed after two studies in Washington showed that evictions feed the cycle of homelessness.

If the new renter protections are passed, landlords would need to have just or “good” cause to terminate a tenancy. Justifications for good cause would be outlined in the law. California, Oregon and 23 other jurisdictions throughout the country have already implemented just-cause protections.

As current state residential landlord-tenant laws are written, landlords can issue a 20-day “no cause” termination to tenants without telling them why they are being asked to leave.

Landlords cannot terminate a lease for discriminatory or retaliatory reasons, according to Edmund Witter, an attorney for the King County Bar Association’s Housing Justice Project. However, discrimination and retaliation can be easily masked because landlords don’t need to provide a reason for termination, he said.

Witter negotiated on behalf of tenants last year and said he will be active in negotiations at the Legislature again this year.

He said no-cause terminations are often “used as a tool” by landlords to evict tenants they don’t like. On the other hand, many landlords he has spoken with support just cause. While gathering signatures for the Federal Way initiative, he met several who not only signed the petition, but some who thought just cause was already incorporated into the law.

In November, Federal Way voters approved the city's new good-cause protections by a vote of 55% to 45%.

Still, there are critics of statewide legislation.

Ryan Weatherstone, an attorney at Puckett and Redford, testified against these protections during a recent work session in the Senate Housing Stability & Affordability Committee.

Weatherstone, who represents landlords, argued that just cause would make it more difficult for his clients to evict “problem tenants.”

When asked how many problem tenants his firm encounters, Weatherstone said, “it’s not necessarily the number of problem tenants that we see, but a just-cause ordinance requires good tenants to endure abusive situations for many months before the court can grant relief.”

He said his clients sometimes even get sued by other tenants if the landlords cannot remove troublesome tenants.

Weatherstone added that during his time as a code enforcement officer for Seattle “it was a rare occurrence that a person was given a 20-day notice to terminate the tenancy that was retaliatory or discriminatory.”

Witter, however, said the just-cause language already protects landlords from “problem tenants” and still allows pathways to evict tenants who are truly problematic.

There is another concern as well.

“Having supported the landlord-tenant bill as a compromise last year, there is a lot of worry out there amongst landlords about the impact that additional legislation could have,” said Sen. Hans Zeiger, R-Puyallup.

He said the concern resonates particularly with smaller landlords. “Larger corporate entities can absorb changes that we might make but small mom-and-pop landlords may not be able to do that,” said Zeiger. He added that he worries about large corporate entities taking over the housing market as the result of “unintended consequences” of the law.

Zeiger explained that he will focus on other ways to protect renters, such as incentivizing affordable housing.

Regardless, housing advocates will attempt to work closely with legislators and landlord association lobbyists to draft just-cause legislation this year. Witter said the state is looking to adopt measures similar to the ones outlined in the Federal Way initiative, instead of the Seattle ordinance.

Smaller jurisdictions in Washington are having conversations about just cause as well.

Spokane City Council members were considering proposals in December, but the vote has been postponed until March.

The King County Council has been considering a just-cause ordinance and Witter has been working closely with council members to encourage them to adopt the more comprehensive Federal Way protections.

Seattle has had a just-cause eviction ordinance since 1980, but Witter and other tenant advocates said the protections included in the ordinance are not comprehensive enough, which is why the Federal Way provisions will likely be considered statewide.

Because of this, Witter said he has seen several cases in Seattle where long-term tenants who have been on month-to-month leases for decades complain that new property managers force them to sign on to short “term” leases — and then promptly issue a 20-day notice when the lease expires.

The Federal Way initiative includes more protections, including allowing tenants to renew a lease once it expires, so tenant advocates say long-term renters won’t be as vulnerable to losing their homes.

Landlord associations like the Rental Housing Association have sued both Burien and Federal Way over the new ordinances, calling them “unconstitutional.”

Witter said because of this he expects pushback from the association, especially against repairing the Seattle “loophole.”