'It's a fairness thing': Testing positive for pot wouldn't disqualify you from most WA jobs under new bill

Weed use has been legal in Washington state since 2012, but so has refusing to hire adults who lawfully consume the drug. 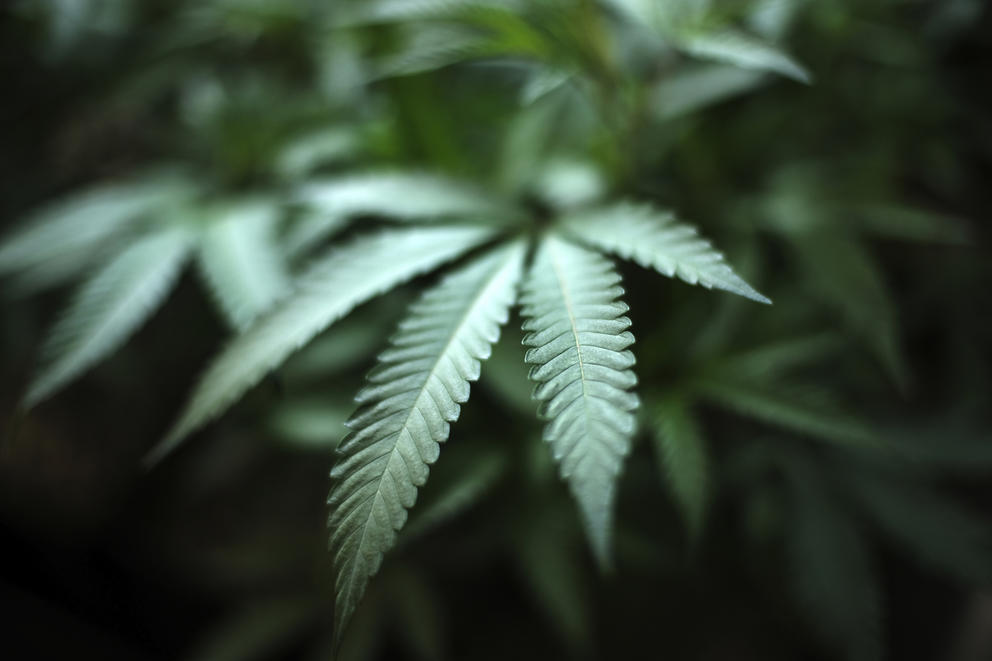 Washington lawmakers are considering a proposal to prevent most employers from denying employment to a job applicant who has a positive pre-employment drug test for marijuana. Subsequent tests would still be allowed, but the bill sponsor says she thinks it is unfair to hold people who aren't even employed yet to such a standard. (Richard Vogel/AP)

Washington led the nation in 2012 when it became one of the first two states to legalize adult use of recreational marijuana.

When it comes to ensuring that adults who use legal pot can still find employment, however, the state is not the trailblazer it once was.

That could soon change. A proposal in the Legislature would update Washington law to ensure employers can’t reject job applicants simply because they test positive for marijuana in a pre-employment drug screening.

Exceptions would be made for certain professions, including firefighters, commercial drivers and jobs that involve federal contracts or grants. But for the most part, House Bill 2740 would ban employers from using a positive marijuana test to deny someone a job.

The measure would still allow employers to impose drug-free workplace policies once someone gets on the company payroll. The bill’s sponsor, state Rep. Shelley Kloba, D-Kirkland, said her main goal is to prevent someone from being punished for legal behavior they engaged in days or weeks before they were even hired.

“It’s a fairness thing,” Kloba said Tuesday. “Once they are on your payroll, then they have to follow your rules. But it doesn’t penalize them for legal behavior before they were employed.”

She added that because traces of marijuana can stay in the body for days or weeks after the drug was last consumed, “You may have something in your bloodstream from 20 days ago that isn’t going to impair your work at all.”

Kloba’s bill had a public hearing Tuesday before the House Labor and Workforce Standards Committee.

Kloba said she modeled her proposal in part after a law that Nevada passed last year. The state of Maine similarly prevents employers from discriminating against employees for off-duty marijuana use.

New York City goes even further, banning companies from requiring applicants to take a pre-employment marijuana test at all.

Federal law, meanwhile, continues to classify marijuana as an illegal Schedule I drug.

Some wish the proposal in Washington would do more. Alison Holcomb, political director at the American Civil Liberties Union of Washington, said that, ideally, “we would like to see lawmakers go further and fully respect the privacy of their employees to enjoy cannabis off duty.”

She said that would mean treating cannabis more like alcohol, a substance most employees aren’t disciplined for using unless they show up to work drunk or impaired.

“If it doesn’t affect safety, employees shouldn’t have their livelihoods threatened or be punished because of their personal choices on their own time,” said Holcomb, lead author of the 2012 initiative that legalized marijuana use in Washington state.

Not everyone agrees. State Senate Minority Leader Mark Schoesler, R-Ritzville, said he doesn’t “think the proposal is all that well thought out.” He cited concerns about people whose jobs involve operating heavy equipment or power tools.

“If you show you have a history, if you can’t stay off marijuana prior to testing, it’s not a good indicator of what is going to happen in the workplace,” Schoesler said. “... I think it’s the right of the employer to screen people for potential safety problems.”

For similar reasons, the Association of Washington Business opposes the bill, said Bob Battles, the organization’s lead lobbyist for workplace issues. He said one of the organization’s concerns is that the legislation would require more companies to make greater exceptions to their drug-free policies for people who use medical marijuana.

“It doesn’t take into account that a person who uses medical marijuana can still be working at a place where there are safety concerns, like at a construction site,” Battles said.

State Rep. Mike Sells, D-Everett, who chairs the committee that heard the bill Tuesday, said he thinks the measure “may make some sense.”

At the same time, he said, it’s important to balance “respecting people’s rights” with addressing “the issue of ‘when is somebody impaired?’ ”

He said it’s not always easy to tell when someone has recently used marijuana, as opposed to alcohol, which can often be smelled on people’s clothes and skin after heavy use. The federal prohibition on marijuana has limited research into the drug, which Sells said has hampered efforts to gather more data on what marijuana impairment looks like.

Others think it is long past time for Washington’s employment law to catch up to the state’s 8-year-old legal marijuana statute.

“Washington is certainly lagging behind not only the law, but also what I think is the workplace culture in a lot of places, particularly on the west side of the state,” said Michael Subit, a Seattle-based employment lawyer.

If the Legislature doesn't intervene, nonprofits and churches won't be able to host weekly farmers markets anymore without losing their tax-exempt status.