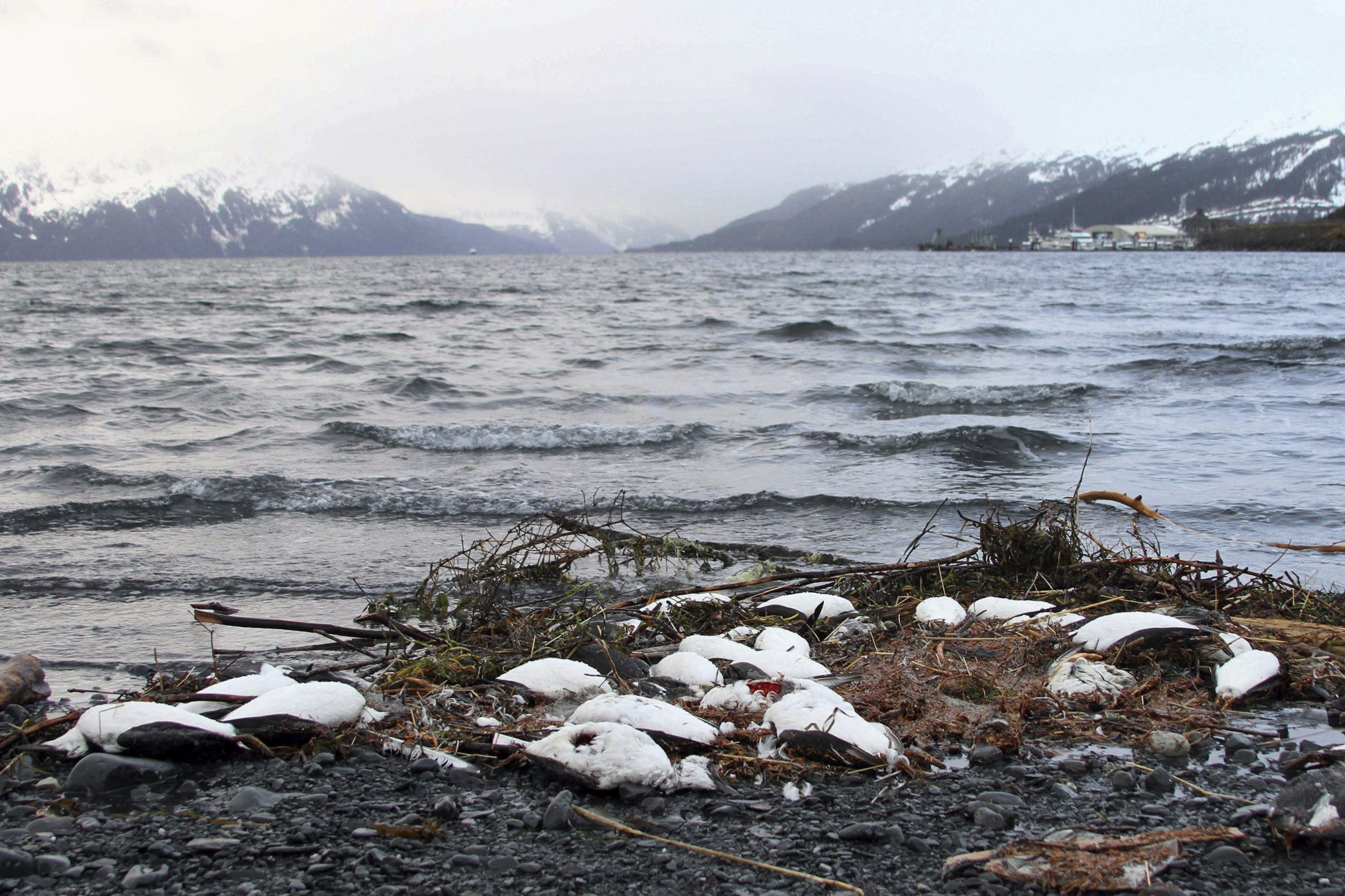 Dead common murres lie washed up on a rocky beach in Whittier, Alaska, Jan. 7, 2016. The bird die-off is not as extensive as one two years earlier but continues a trend of avian mortality over five years that may be tied to warming water in the Bering Sea and Gulf of Alaska. (Mark Thiessen/AP)

A new study suggests a marine heat wave may have caused about 1 million north Pacific seabirds to die.

A cooperative effort between federal agencies and university researchers revealed that nearly 62,000 dead or dying seabirds washed ashore onto Alaskan and West Coast beaches between the summer of 2015 and spring of 2016. But carcass recovery suggests this was a fraction of the roughly 1 million birds that died during this time period.

Rising temperatures between 2014 and 2016 created a large mass of unusual warm seawater, known as “The Blob,” which in turn reduced food supplies for seabirds and fish.

Lead researcher and study co-author Julia Parrish said the number of birds estimated to have died is alarming.

“In 2015, we started to see larger-than-normal numbers of these birds wash ashore as carcasses. … In places along the West Coast and definitely in the Gulf of Alaska, that got so intense that there were literally thousands of these birds per kilometer of beach,” Parrish said. “That’s so many that if you were walking along, you’d literally be almost knee-deep in carcasses at the tide line.”

The analysis was published last week in the scientific journal PLOS One. It found that the common murres were dying from starvation as a result of warmer ocean temperatures affecting plankton, the tiny aquatic organisms that are a big part of the ocean’s food chain. Plankton-feeding species include fish eaten by common murres. According to Parrish, these seabirds mirror salmon in terms of their diet. Anything a salmon eats, these birds will dive in the ocean and eat as well.

“The death of all of these murres suggests to us that those large fish were also having a hard time and the reason why we know about the murres is a dead bird floats but a fish sinks,” Parrish said.

According to John Platt, a U.S. Geological Survey research wildlife biologist, forage fish scarcity was the most likely cause of the die-off and breeding failures at colonies in the 2015-2017 period.

“No other factor was found that could explain the magnitude or spatial extent of these events,” Piatt said.

Piatt said common murres were failing to reproduce during this time as well. Nearly two-thirds of the dead murres were adults.

“With heat-wave impacts on their food supplies from below and above in the food chain, murres were caught in an ‘ecothermic vise,’ and populations were severely impacted for years,“ Platt said. “In plain language, there was a run on the grocery stores at the same time that the quality and quantity of food delivered to the stores was reduced, and many consumers starved.”

A recently published study said the world’s oceans were warmer in 2019 than any other time in recorded human history.

Parrish said the massive number of carcasses that washed ashore is an indicator of a huge change in the ecosystem.

Further research could explore the potential for future warming to cause similar die-off events.

“That’s why we can use a change in carcasses floating to shore as an indicator of something bad. In this case, a very large, in terms of space and long-lasting in terms of years, shift in the marine ecosystem associated with a warming ocean,” Parrish said.

This story was produced for Oregon Public Broadcasting on Jan. 15, 2020. 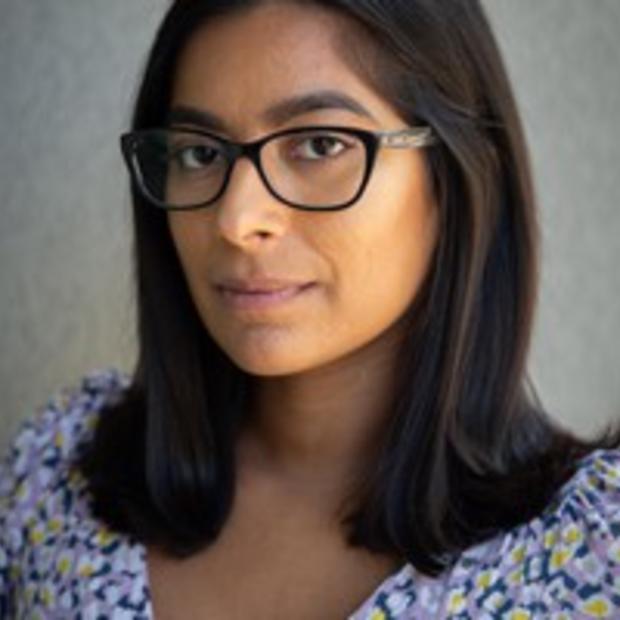