Officials and others worry about the lack of congressional approval for the attack or a plan from the Trump administration. 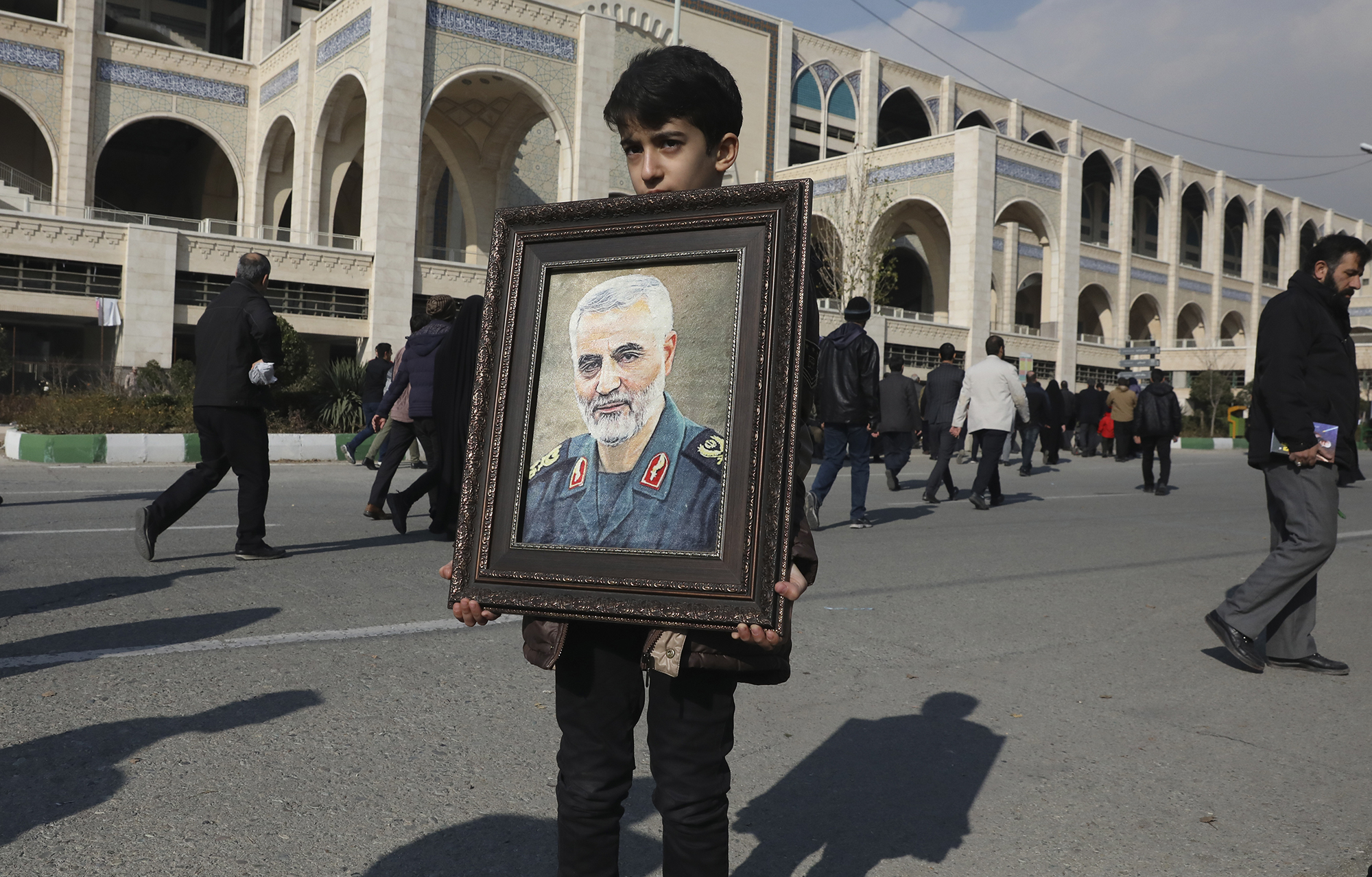 A boy carries a portrait of Iranian Revolutionary Guard Gen. Qassem Soleimani, who was killed in the U.S. airstrike in Iraq, prior to Friday prayers in Tehran, Iran, Jan. 3, 2020. (Vahid Salemi/AP)

The targeted U.S. killing Friday of a top Iranian military official puts Americans and U.S. allies at extreme risk, with no clear plan or strategy from the Trump administration, according to Washington state politicians and commentators reacting to the attack.

U.S. Rep. Adam Smith, D-Bellevue, called the fatal attack on Maj. Gen. Qassim Suleimani in Baghdad an “enormous step that carries a huge risk of escalation,” in part because Iran has terrorist groups at its disposal.

This action should have been approved by Congress, said Smith, the chair of the House Armed Services Committee, noting that neither he nor his colleagues had been briefed about the attack.

“I think the larger point, beyond Congress’ role, is where does this go and what is the administration’s plan, because they don’t seem to have one,” Smith continued. He said Trump and others had informed him the point of the attack was to force Iran to the negotiating table.

“I just don’t see that happening,” Smith said. “What they’re going to do is lash out and attack us, and then what?”

“I’m very worried the administration is diving into this without understanding the consequences,” Smith said.

Barry McCaffrey, a retired U.S. Army general and current news commentator living in Seattle, called the attack a terrific operation by special forces, but said the “provocative act was bound to result in escalation and, without question, was not thought through by the administration.”

Trump “could have nailed the guy and have no comment,” McCaffrey said, noting that Trump’s tweet only further guaranteed Iran would plan some kind of retaliation.

“If we don’t start talking to these people it’s likely we’ll end up at war with them,” McCaffrey concluded. And although the United States might have a military advantage at sea or in the air, Iran would have the upper hand on the ground.

Resat Kasaba, director and chair of the Jackson School of International Studies at the University of Washington, noted that Suleimani is unlike, say, Osama bin Laden, who founded the Islamic militant organization al-Qaeda. Suleimani is seen as a representative of the Iranian government, Kasaba explained.

“Killing him is actually really attacking the Iranian government. So a lot of people think this is a declaration of war,” Kasaba said.

But Kasaba said Suleimani had only recently become more prominent because of his involvement in the Syrian civil war and his role in defeating ISIS, which indirectly positioned him on the same side as the U.S. He had first risen to power in the 1980s, during the Iran and Iraq war.

Kasaba said the assasination this week could spell “the beginning of the end of U.S. influence in Iraq,” despite the many resources and troops the U.S. had previously devoted to the region.

The Pentagon said in a statement that Suleimani was actively developing plans to attack American diplomats and service members in Iraq and throughout the region.

Kasaba also said those in Iraq now celebrating the Iranian’s death are hoping the assasination will weaken the Iraqi government, whom they have been protesting against over corruption and lack of services.

A member of  the Iraqi Community Center of Washington, who asked not to be identified, said he and others are worried about youth in Iraq who have been standing up to the government. The Iraqi government had long accused the youth of collaborating with the U.S., he said.

He also said Iraq was not prepared for another war.

“We hope things can get resolved peacefully,” he said. “We were fighting against ISIS on behalf of the whole world.

“We have enough victims.”

Jamal Abdi, a former Seattleite who lives and works in Washington, D.C., as president of the National Iranian American Council, said the Iranian community’s relationship with the Trump administration has been rocky from the beginning — starting with the so-called Muslim ban.

“This doesn’t come out of nowhere,” Abdi said. “It’s been a really tumultuous three years.”

But, Abdi added, with the assassination of Suleimani, “it sort of feels like we crossed the Rubicon.”

Abdi said although there is widespread frustration with the Iranian government, Suleimani was seen as a protector, partly responsible for ensuring Iran didn’t meet the same fate as some of its neighbors. Now, Abdi said, “lawmakers in Congress need to plant a flag and say this goes no further.”

The strike on Friday was the latest escalation between Iran and the United States after a rocket attack on an Iraqi military base, believed to have been carried out by an Iran-backed militia, killed an American contractor. Last month, pro-Iranian demonstrators also broke into the compound of the U.S. embassy in Baghdad.

In a statement, the Pentagon said the strike was “aimed at deterring future Iranian attack plans.”

The United States has long had concerns over Iran’s nuclear program and its influence in the region.