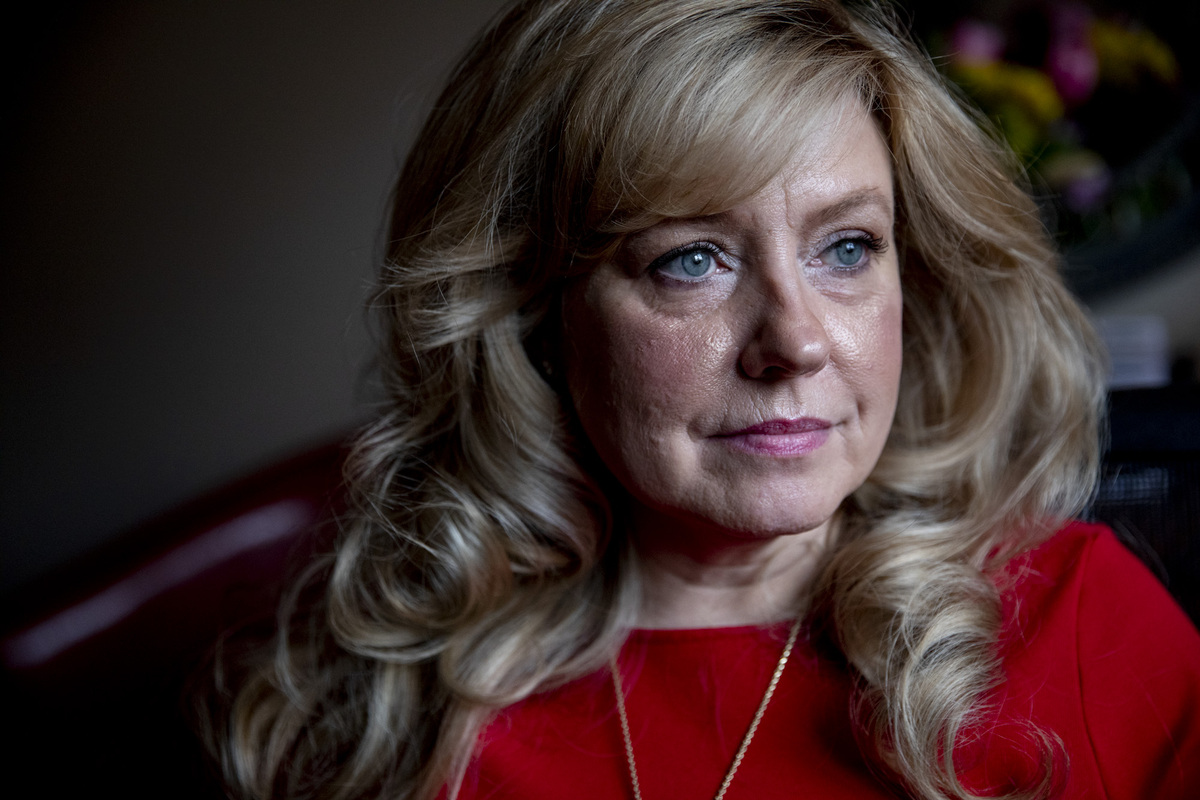 State Rep. Jenny Graham in her Olympia office on Feb. 24, 2020. Her sister Debra Lorriene was murdered by Gary Ridgway, the Green River Killer. Rep. Graham is now fighting to keep the death penalty as an option in Washington. (Dorothy Edwards/Crosscut)

If there’s one thing Rep. Jenny Graham wants, it is for the deaths of Gary Ridgway’s victims not to have been in vain.

“I always called them ‘paper dolls’ because they were never seen as people; they were seen as pictures and names on a piece of paper,” she explained, referring to the missing persons notifications that appeared in newspapers while the Green River Killer was on his horrific killing spree.

Graham, a Republican state lawmaker from Spokane, brings a unique perspective to the Washington debate over the death penalty. Her own sister, Debra “Debbie” Estes, died at the hands of the Green River Killer in 1982. Estes was only 15 years old when she became one of Ridgway’s confirmed 49 victims.

Graham said her sister should have been concerned at the time with things like preparing to get her driver’s license or going to school dances. Instead, she was likely “just trying to figure out what she was going to eat,” Graham said. Estes, who ran away from home because of “extreme” abuse, instead had to figure out ways to survive while living on the street. It was during her time as a sex worker that she was murdered by Ridgway.

Graham’s family tragedies and her own childhood abuse inspired her to get into politics. She said she didn’t feel as though victims had any sort of voice and she wanted to change that. What started as almost daily round-trip drives between Spokane and Olympia to urge lawmakers to change the statute of limitations on reporting childhood sexual abuse eventually led Graham to run for office. In 2018, she was elected to represent the 6th District in Spokane.

Now, a bill to retire Washington’s death penalty is causing Graham to revisit and share her own lived experience.

The legislation would eliminate the death penalty from the books completely, opting instead for life imprisonment without the possibility of release or parole. The measure did not move out of the House last year after it passed the Senate. It is uncertain whether it will clear the last legislative hurdle this year, as it moves again from the Senate to a vote by the House. Sponsored by state Sen. Reuven Carlyle, D-Seattle, the bill was brought forward at the request of the Office of the Attorney General.

Prior to the 2018 ruling, Democratic Gov. Jay Inslee signed a moratorium on the death penalty in 2014. The last  execution in Washington was in 2010.

During a Jan. 31 Senate floor debate on the bill, Carlyle said keeping the death penalty on the books despite the moratorium and court ruling only contributes to confusion about the death penalty’s status. He urged other lawmakers to vote yes on the measure in order to provide more clarity in state statute.

“Now that we have firm resolution from both the executive branch and the judiciary branch, it is time for the legislative branch that sets the laws of our state to make a final determination on  this particular legislation,” Carlyle said.

He noted the bill has taken a few years of work and that other states in the meantime have passed similar legislation. Additionally, removing it only modernizes the state statute, which is the responsible thing to do, according to Carlyle.

Graham, however, has been vocal about her opposition to removing the death penalty from statute. For one, she said that such a move would only embolden people like Ridgway to commit more crimes.

“My focus is not about wanting someone to die,” Graham said. “My focus is recognizing there are dangerous people out there who are predators that won’t stop killing.” 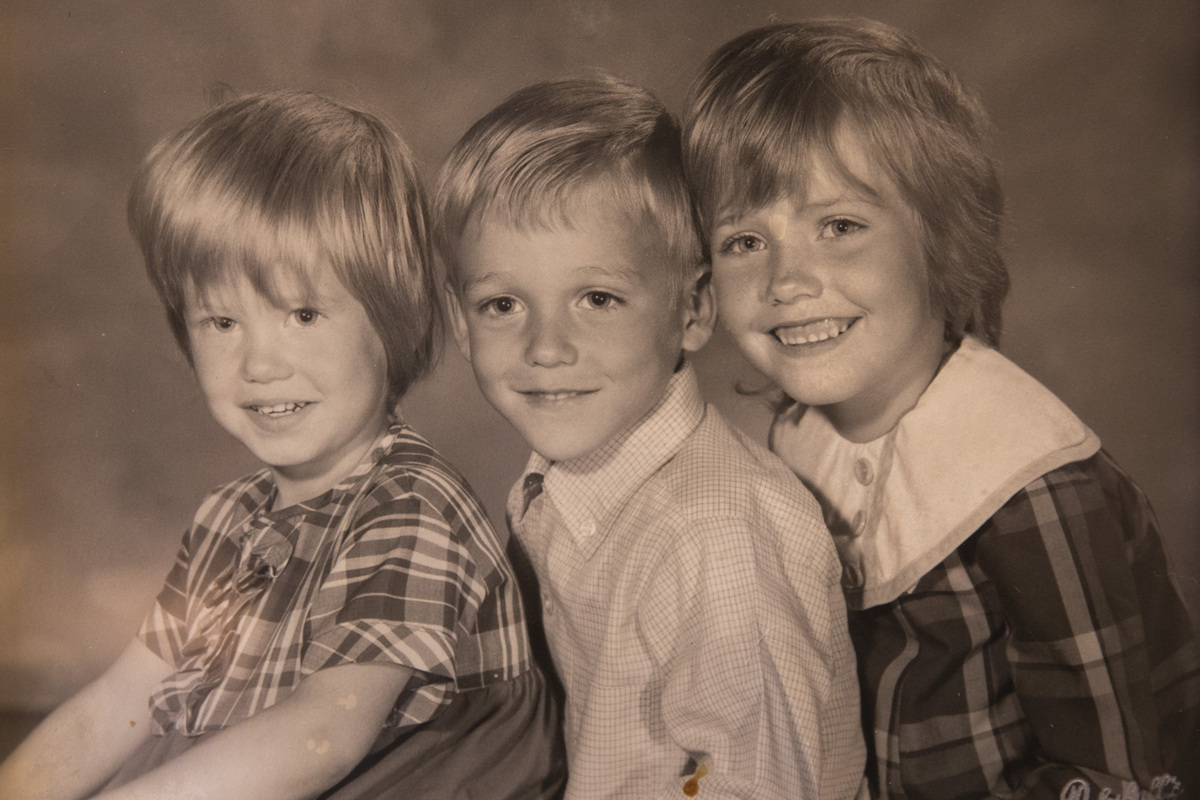 State Rep. Jenny Graham, right, and her siblings as children. Her sister Debra Lorriene, left, was murdered by Gary Ridgway, the Green River Killer. Rep. Graham is now fighting to keep the death penalty as an option in Washington. (Dorothy Edwards/Crosscut)

State Rep. Jenny Graham, right, and her siblings as children. Her sister Debra Lorriene, left, was murdered by Gary Ridgway, the Green River Killer. Rep. Graham is now fighting to keep the death penalty as an option in Washington. (Dorothy Edwards/Crosscut)

“We don’t live in a perfect world; evil does exist,” Graham said. By keeping the death penalty on the books as a “tool,” she said people like Ridgway will “know in the back of their head” that it is still a possibility for punishment, making it less likely they will commit “egregious” crimes.

Graham also pushed back on the notion that the death penalty as it is applied is unconstitutional.

“Gary Ridgway didn’t care what color his victims were,” she said. “When we talk about murder it has nothing to do with skin color. This is a crime against humanity, period.” Graham disagreed with the assessment that the death penalty affects people in a racially disproportionate way. She said this is evident when looking at Washington’s death row inmates, most of whom have been white.

However, research cited in the Supreme Court ruling showed that “Black defendants were four and a half times more likely to be sentenced to death than similarly situated white defendants.”

Graham also acknowledged that not all counties in the state can handle the expense of trying death penalty cases, which can sometimes last years because of the lengthy appeals process. She said that in order to apply the death penalty equally across all jurisdictions, she would want to implement a state fund to cover the costs for communities that don’t have the money to keep inmates on death row. “There’s also the question of why these costs are allowed to be driven up, and are they fair?” she said.

She said she doesn’t understand why state lawmakers aren’t coming together to protect their communities and thinks they should be more “proactive.” Graham said there is too much focus on providing “criminals” with the tools to get by, and not enough funding for helping victims or their families.

“I don’t think anyone can imagine the personal pain felt by victims’ families,” said Carlyle. “I have deep personal respect for the journey they’ve experienced.” At the same time, he said there is a “global movement” away from the death penalty and that he stands by his move toward equitability.

Carlyle’s bill passed the Senate 28-18 on Jan. 31. Legislators from both sides of the aisle have supported the measure.

Last year, the legislation had support from organizations such as the American Civil Liberties Union of Washington, Northwest Progressive Group and Innocence Project Northwest. No one has testified against the measure in either the House or the Senate this year.

For Graham, there is still no closure regarding her sister’s murder.

“There’s no closure for families,” she said. “That closure is for the police to close the cases, and it’s for the community that doesn’t have to live the anniversaries.” Family members of victims instead call that “resolution.”

“When I think about the girls and young women who had their lives taken from them, part of this fight is towards the resolution and trying to protect the community from people like Gary Ridgway,” she said.

As far as other victims and their families are concerned, Graham said she will continue to advocate for their voices to be heard.

Graham also encouraged any victims or families of victims to come to Olympia to share their concerns about the bill.