Almost a year after deportation flights were banned, the Department of Justice makes good on its threat to sue. 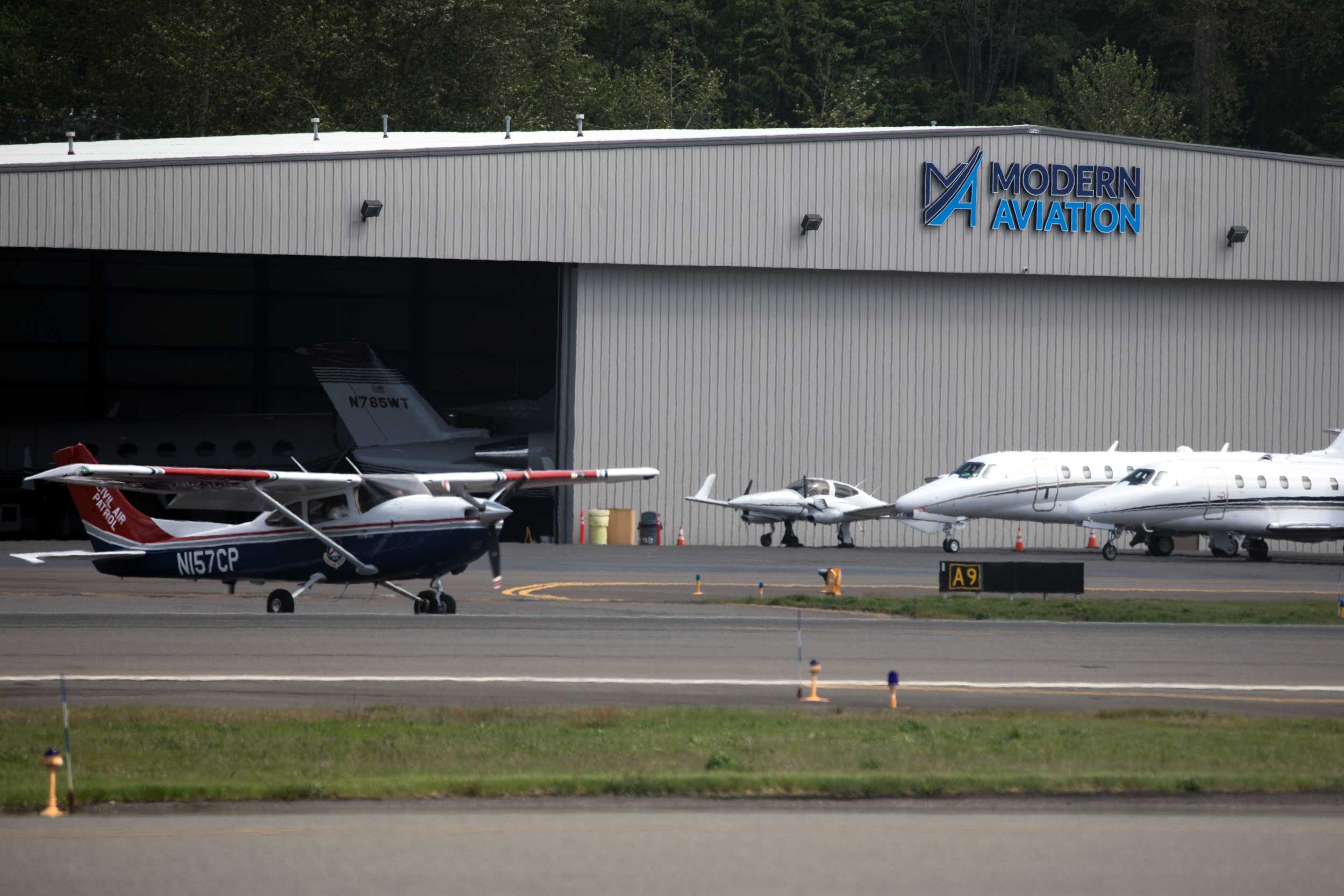 Making good on a long-dangled threat, the U.S. Department of Justice announced it is suing King County over its ban of ICE Air flights out of Boeing Field.

“The highest priority of the Department of Justice — and I know it is your highest priority as well — is the safety of the American people,” Barr said, accusing progressive politicians of jeopardizing the public’s safety by putting the interests of “criminal aliens” before those of law-abiding citizens.

“When state and local governments try to obstruct rather than assist federal law enforcement, we are not taking those efforts lying down,” Barr said before announcing a series of actions, including the Boeing Field litigation, which was filed in U.S. District Court for the Western District of Washington. Barr also announced a lawsuit against New Jersey over a law there that forbids state and local law enforcement from sharing information about undocumented immigrants.

Last year, all three of Boeing Field’s fixed-base operators, which provide fuel and other services to airplanes, refused to service ICE Air flights after King County Executive Dow Constantine announced he planned to stop such flights at the county-operated airport. Constantine first pledged to shut down ICE Air flights in 2018, but didn’t make good on that promise until a 2019 report from the University of Washington Center for Human Rights revealed that 34,400 detainees had been deported from Boeing Field in the past eight years.

Because of the county’s ban, ICE Air has had to fly for nearly a year in and out of Yakima. The change in location has meant that authorities have had to drive detainees from the Northwest ICE Processing Center in Tacoma to Yakima, a nearly three-hour drive by bus. Officials of U.S. Immigration and Customs Enforcement have spoken openly about their concerns over making that lengthy trek during the winter months.

According to the UW Center for Human Rights, which has been collaborating with the Yakima Immigrant Response Network to document the flights, approximately 3,439 people were picked up for deportation and 2,205 dropped off for detention in 2019.

La Resistencia, an advocacy group active in protesting deportation flights, said the Trump administration had chosen to sue “rather than addressing the problems of deporting people with open immigration cases, as well as the health and safety issues.”

At the Monday press conference, Moran said busing detainees to Yakima cost an estimated $400,000 a year. He argued that Constantine had “intentionally and unlawfully interfered with the federal government’s duty to enforce our nation’s immigration laws” and called Washington state “target rich” with regard to potential litigation.

“You’re going to see a much more active Department of Justice,” Moran warned.

Hyslop said public officials are attempting to “blur the line” by not properly distinguishing between legal and illegal immigration.

In a statement responding to the lawsuit, Constantine said “it is no surprise that Trump and Barr are bullying King County for being a welcoming community that respects the rights of all people.”

The statement went on to note that the county had been working with the Federal Aviation Administration to resolve differences, but that the Trump administration had chosen “to circumvent this work for the sake of grabbing headlines.”

"The president and his administration must face the reality that our immigration system is broken — and that he has exacerbated every aspect of it during his time in office," they said.

In an October letter to the FAA, in response to an informal complaint filed by ICE, lawyers for King County argued that operating ICE Air flights could “draw substantial community opposition, which would force the county and its FBOs [fixed-base operators] to deploy extraordinary security and safety measures to guard against potential risk.”

“In light of the substantial impact that serving ICE flights would have on the FBO’s business, the county does not believe it is appropriate to second guess their business decisions in this regard,” the letter read. The letter maintains that the fixed-base operators made the business decision to stop servicing deportation flights on their own — without the county’s interference.

The lawsuit, on the other hand, argues that King County’s attempt to ban deportation flights violates the supremacy clause of the U.S. Constitution. That provision asserts that federal laws take priority over any conflicting state laws. The lawsuit also states that the county's executive order violates the Airline Deregulation Act, which “bars local governments from prohibiting or restricting particular types of air transportation.”

At the wide-ranging press conference, Moran and Hyslop also touched on Washington state’s other sanctuary laws, such as the Keep Washington Working Act, which prohibits local law enforcement from cooperating with federal immigration officials. The two also pointed to current bills in the Legislature, which would attempt to ban private detention centers, as well as Border Patrol and ICE arrests at courthouses.

“It is a basic fundamental human right not to be assaulted in your home,” Moran said, while drawing a connection between illegal immigration and crime.

Moran said even if only a small number of immigrants commit crimes, he has yet to speak with any victim where such crimes weren’t “the whole center of their universe and concerns.” 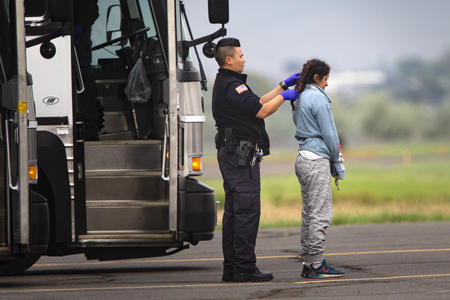 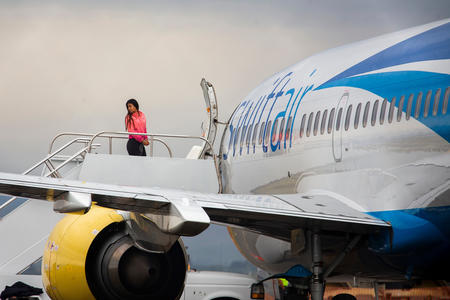 The flights were banned from Boeing Field by county government. Could the same happen in Central Washington?

The flights were banned from Boeing Field by county government. Could the same happen in Central Washington?