Experts warn that Puget Sound needs to prepare for a long-term battle against the swiftly spreading virus. 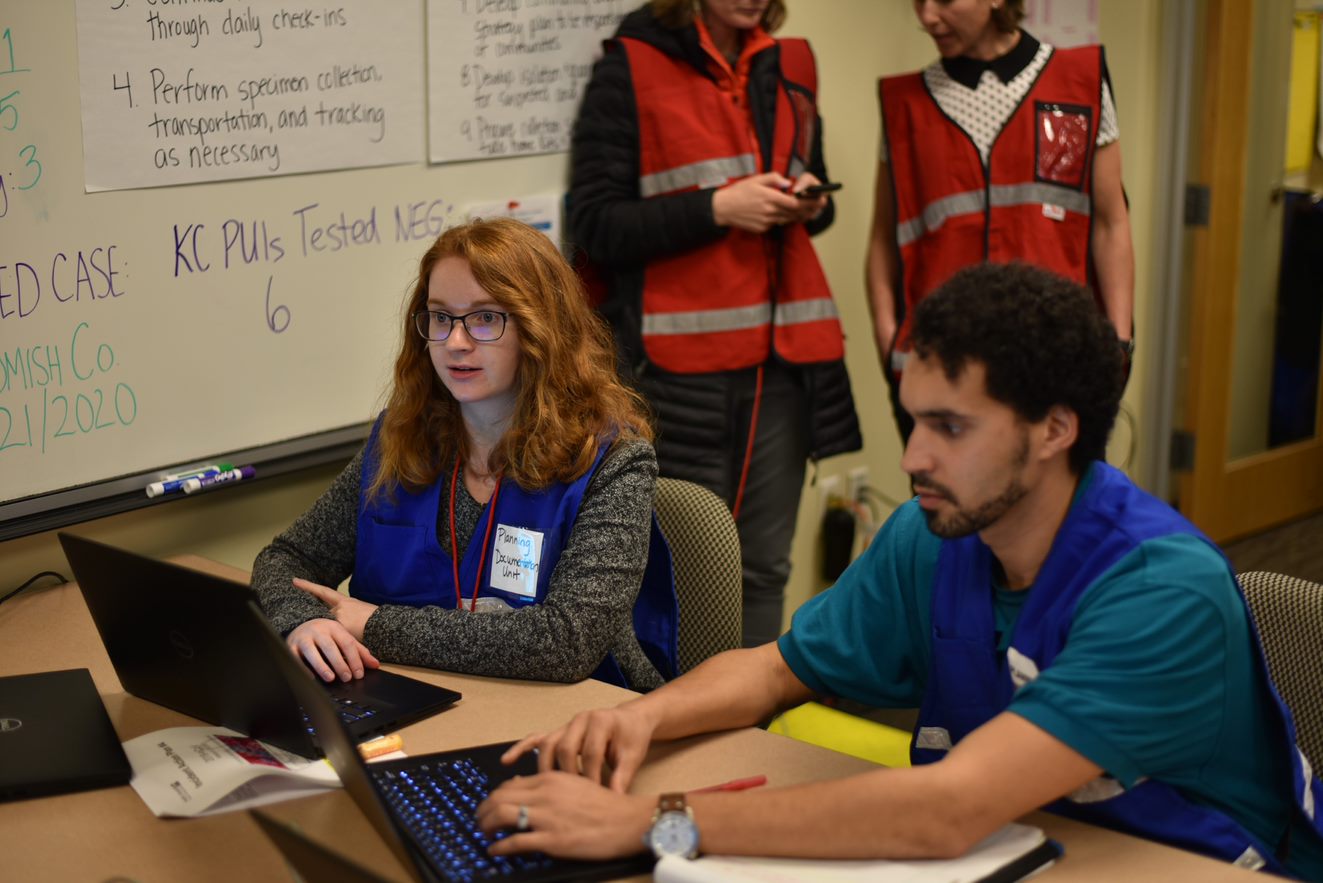 When the first U.S. case of a new novel coronavirus appeared Jan. 21 in Washington state, health care providers and agencies throughout King County sprung into action to track and contain the virus. One month later, that patient, from Snohomish, is recovering. None of the 14 additional U.S. cases were detected in Washington. 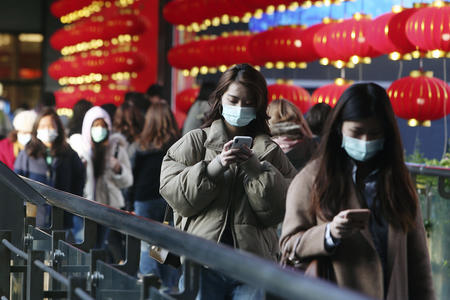 The rest of the world hasn’t been so successful. The coronavirus, known as COVID-19, has infected nearly 79,000 individuals globally, according to the World Health Organization; the vast majority are located around Wuhan, China, where the outbreak began. At least 2,462 people have died. Eleven Americans developed coronavirus on a recent Japanese cruise, and a Spokane hospital just started treating four out-of-state cases.

Despite a strong initial response, local leaders are uncertain about how long we’ll continue to contain the coronavirus, especially without impacting other ill patients.

“The number of people that have required screening and quarantine or isolation is like nothing we've ever seen,” says Dr. Jeff Duchin, health officer with Public Health ⁠— Seattle & King County. “It's unprecedented at every level.”

The Seattle-Tacoma International Airport is one of only 11 U.S. airports funneling and screening medium-risk travelers returning from outside of Hubei province in China. The Washington state Department of Health is asking travelers without symptoms to self-quarantine for 14 days (the window of time in which the CDC believes it takes for coronavirus symptoms to develop).

“It’s been a huge burden on us,” says Dr. Scott Lindquist, Washington’s state epidemiologist for communicable diseases. The Department of Health monitors 100 new travelers a day, he says, and currently monitors about 750 people. Two employees are working full-time to maintain traveler contact information and connect people with local health agencies.

“We've been swamped and scrambling to try and meet this demand,” says King County’s Duchin.

Public Health, already handling hepatitis A and influenza outbreaks, assigned at least 100 employees to coronavirus. Many work daily and overtime to inform travelers on how to quarantine themselves and reach out if they develop symptoms. They assess symptomatic people and arrange for needed testing and transport.

King County has contacted at least 306 people through blast emails and texts, and tried contacting 20 returning travelers whose provided contact information turned out to be invalid. Recently, travelers have received guidance letters at the airport. There doesn’t appear to be a way to enforce quarantine in these medium-risk, healthy travelers. James Apa, communications manager at Public Health, says the agency has relied on travelers to comply, and that “all this work we’ve been doing has been successful so far with the public’s goodwill.”

Public Health has monitored about 500 people, both travelers and community members, with approximately 250 requiring assessment. The majority are King County residents who are quarantining at home, but those without places to stay — travelers, people with roommates, those who share bathrooms ⁠— are at motels that meet safety requirements, or at two state-provided quarantine RVs.

The agency is closely monitoring a high-risk group of at least 30 people with known risk factors: They’ve either developed symptoms of the disease after traveling to China or having contact with a confirmed case; or are healthy but traveled to Wuhan or had close contact with a confirmed case. Sixteen people in all have had samples taken for testing locally, all of which have come back negative. In addition to daily check-ins, Public Health is delivering “whatever they need to be comfortable,” Duchin says, including reading material, music, other medications and groceries.

The agency gets daily help from two to six volunteers from the University of Washington School of Public Health, the Public Health Reserve Corps and partner agencies. But Duchin says real-time training is challenging and takes time.

“Luckily, things aren't totally out of control with respect to the outbreak now,” he says, “[but] we don't know how long our volunteers will be able to stay with us.”

Hospitals like Harborview Medical Center are putting significant resources into case preparation. Vanessa Makarewicz, infection prevention and control manager, leads a special pathogens team of more than 100 hospital employees. In over five years of training, they learned to use personal protective equipment, follow infectious disease-specific protocols and more. “If we needed a large-scale response we can do just-in-time training using those 100-plus members,” she says.

“We're getting ready for the long haul,” Lynch says. “Hospitals in general don't have resources that can be diverted from direct patient care for the most part, [especially] for that type of many-months-long need.”

A community care phone line has made screening easier, Makarewicz says, and a mobile response team freed up hospital beds by testing nine people at home. But there’s still resource stress: A lot of personal protective equipment is made in China, where manufacturing has halted because of the coronavirus.

There’s been minimal impact to patients, Makarewicz says, but special pathogen team members have been working on inpatient activities. They're also working with the home assessment team on their days off to make response work. But some things, such as infection prevention measures, are likely suffering.

“It's displacing attention and efforts towards all of the important work that needs to be done,” Lynch says.

COVID-19 has an approximately 2% fatality rate globally, but health experts can’t yet say whether it will eventually manifest more like seasonal flu, which has a 0.1% fatality rate. Flu strikes thousands of Washingtonians annually, but only a small percentage of people die from it: So far this year, at least 70 Washingtonians have died from flu.

Makarewicz says hospitals and agencies are talking about long-term sustainability and how to collaboratively handle a huge influx of patients.

“Right now I could have two people roll right in and by tomorrow we could probably have 40,” Lynch said of Harborview at a recent UW panel. “But … that’d be displacing a lot of other patients. [And] it wouldn’t be at biocontainment level.”

The United States has set up five mass-quarantine sites, including one in North Bend, but Lindquist says it hasn’t been used yet.

It takes three to five days for the Center for Disease Control and Prevention to test samples, during which time hospitals and health agencies have to care for patients. Letting state agencies do testing would free up local resources. The CDC sent test kits to state public health labs, but they didn’t work and are being redone, Lindquist says. He expects them to be ready in a week or two.

The virus is digging into agency budgets as well.

In early February, the Trump administration announced it would repurpose up to $136 million of existing federal funding for coronavirus response. A group of senators, led by Sen. Patty Murray, D-Washington, asked for clearer cost estimates and requested release of emergency funds to health care agencies.

Public Health spent about $400,000, or $200,000 per week, on containment between Jan. 21 and Feb. 7, says Apa. The department hasn’t calculated coronavirus expenditures for the second two weeks of the outbreak yet. But for comparison, it’s spent $1.4 million over 13 months (about $25,000 a week) to handle the Hepatitis A outbreak.

“We definitely are going to need funding to keep this going [over] any length of time,” says Lindquist.

But there’s concern that any containment will ultimately fail.

“I believe [coronavirus] will arrive here and spread in our community, and that it has the potential to make many people seriously ill,” Duchin says.

What they’re struggling with now is deciding when to shift from a strategy of containing the virus to mitigating its spread. “I think we’re close,” Lindquist says. “I could answer that every week, and it could be a different answer.”

Mitigation means making sure enough protective face masks are available to the public, and establishing good practices in the community like handwashing, as well as social distancing methods: staying home when sick, telecommuting, canceling some types of public gatherings and dismissing school. The department hasn’t suggested social distancing before, but Duchin thinks it’s feasible.

“Schools, workplaces and health care facilities [should] start thinking now very seriously about how they're going to minimize social interactions among their employees,” Duchin said at a recent University of Washington panel. “Particularly in the context of continuity of critical operations in the community, people need to start planning about what's going to happen when up to a third of their workforce can’t come in.”