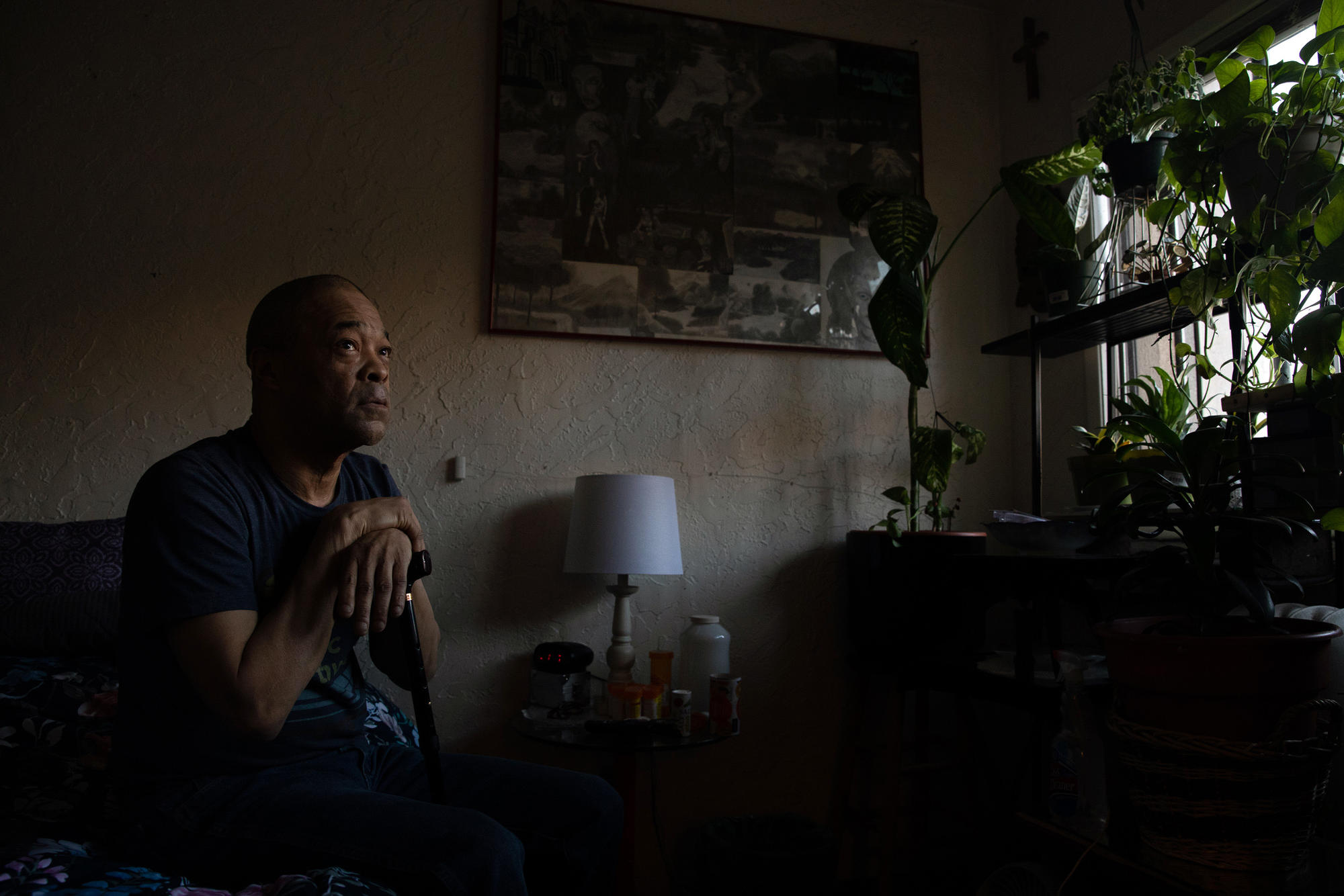 It was always supposed to be a door to something better. But for Tyrone Porter, the program that keeps him housed is leading him off a cliff.

Washington state’s Housing and Essential Needs program is a stopgap for those waiting to qualify for federal disability income. It covers the cost of their housing, toiletries, utilities and some extra for the day to day.

When the applicants qualify for disability income, the state program vanishes. This is by design — a little help for those who need it until they transition to the permanent federal benefit.

In King County last June, more than 60% of those housed through the state program — 433 people — were living in apartments that cost more than the $771 a month provided through Supplemental Security Income last year — the federal program for people permanently unable to work — according to new data from the state’s Department of Commerce. That means that, as many of them are inevitably pushed off of the state program onto federal disability, they will no longer be able to afford their rent.

It’s a phenomenon unfolding in Washington’s most expensive counties, and the difference between fixed rent and fixed income is enough to return some people to homelessness.

Tyrone Porter could soon become one of those people. His Seattle apartment, while subsidized, still costs $805 a month. For three years, that rent was covered by the state. But late last year he qualified for federal disability income, which means he lost the state benefit and it’s now up to him to pay for his living expenses, along with everything else. He’s running out of money.

In a time when officials and advocates clamor for solutions to homelessness, this so-called “benefits cliff” — gaining housing on one benefit, then losing it when the benefit runs out — has struck a nerve as a particularly cruel sleight of bureaucratic hand. Housing providers, elected officials, advocates and those in need of housing sometimes watch as inflexible standards at every level of government end with the eviction of those who should be the easiest to keep housed at a relatively small price tag.

“Federal benefits were the goal,” said Michele Thomas of the Washington Low Income Housing Alliance. “They used to be enough to cobble together a roof over your head and that’s just not true anymore.”

In response, the Seattle City Council last year approved a $750,000 pot of money to keep housed older recipients of federal disability income.  That program is still being established.

Now state Rep. Nicole Macri, D-Seattle, is pushing for $5 million of state money to level the cliff for some. On Monday, the proposed budget from the Washington State House included Macri's request as a one-year pilot. If approved, it would provide rent subsidies for people receiving federal disability income in the state's five most expensive counties.

"For the most part we can’t really expect that their income will grow over time, so we are going to have to do something differently to make sure people have access to safe housing,” Macri said. “Otherwise we’re saying, ‘You’re disabled, so there’s no housing for you.’ ” 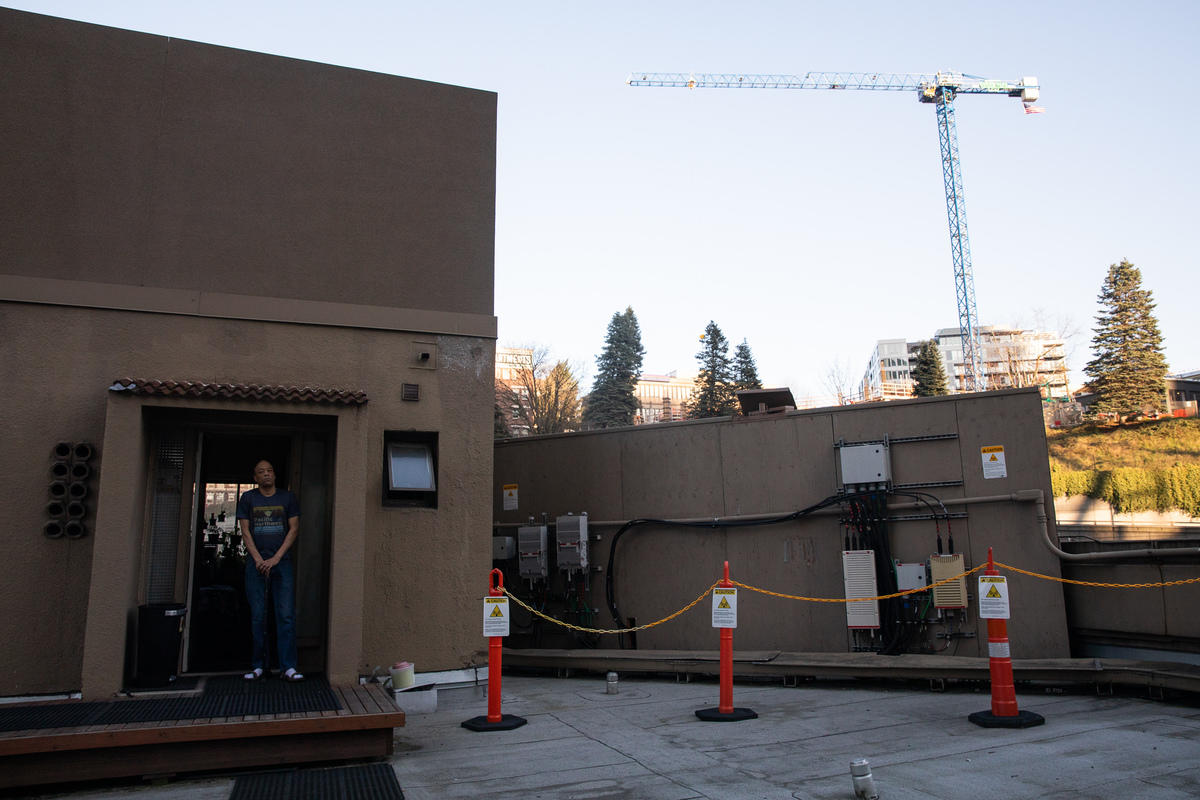 There aren’t many apartments like Tyrone Porter’s. His single room is big enough only for a bed, a stereo and a kitchenette. Set apart from the rest of Bellwether Housing’s Olive Tower affordable housing complex, it dangles on the edge of Interstate 5. The noise of the traffic below — almost directly below — roars through his window at all hours.

He likes it. The white noise of rush hour, the isolated space, the plants that line his window give him a deep sense of privacy. His grandniece — whom he calls his “girl” — visits on weekends.

“I have a roof over my head and that’s enough for me,” he said.

But after three years at Olive Tower, following years in shelters, his stability is tenuous.

Porter, 63, made his exit from homelessness with the help of the state’s Housing and Essential Needs program. It covered all of his subsidized $805 rent, plus about $200 extra per month. With food stamps, Porter, who walks with a cane after suffering a stroke a few years back, made it work.

But in October, Porter’s long-winding application for federal disability was approved. He qualified for $803 in Supplemental Security Income and Social Security disability insurance. As a result, he lost his state housing benefit. With no breathing room between his income and his rent, he’s struggling to keep up.

He has meager savings and some back pay from Social Security. But Porter figures he can afford only another two months. The life he thought he’d left behind is breathing down his neck.

The stories of tenants falling off a benefits cliff has become a relatively common anecdote among affordable housing providers, especially in King County. But last year, Rep. Macri wanted a closer look at the scope of the problem.

With the Department of Commerce, Macri sent surveys to all 39 Washington counties with a list of questions about how they’re administering the state housing benefit.

In the Washington counties where both market-rate and affordable housing are cheaper, the benefit remains lower than federal disability income. But in Western Washington — especially near Puget Sound — that’s not the case.

In June of last year, 704 people were living in apartments via the state housing benefit in King County. More than 60% of those people were in apartments in which the rent exceeds monthly SSI. That’s 433 people possibly facing some sort of cliff if and when their applications for federal disability payments are approved.

Not all are at risk of falling into homelessness. Some will return to work or qualify for a higher monthly disability income based on past employment. Dan Wise of Catholic Community Services, which administers the state benefit in King County, said it’s impossible to know how many will be hung out to dry.

But the Department of Commerce data shows how the premise on which the state housing program was first created after the Great Recession is no longer guaranteed. Rents have increased and federal disability has not. Moving from one to the other is no promise of an improvement.

"The rent is too damn high, that is the problem," Macri said. "There are multiple things we need to do to address that."

Housing providers have the closest view of the issue, with little power to act. Elliot Swanson of Bellwether Housing said the amount the organization charges in rent is dictated by financing.

“This misconception that a lot of people have is that [the housing] is highly subsidized,” said Swanson. “But we still have obligations.”

Swanson said they are not legally allowed to lower the rent just for one person, in this case Porter.

To keep Porter and other Bellwether tenants from falling into homelessness, Swanson and others are forced to lean on the already-scarce housing resources in the county.

They thought they’d found a housing voucher for Porter through the Seattle Housing Authority, but he turned out to be too old. The next option is to get him on the King County Housing Authority’s recently opened waiting list for Section 8 vouchers. But applicants can spend years on the waiting list.

The benefit of a pot of money, say advocates, is that it’s an easy solution; a few hundred dollars can go a long way in closing the gap for people in need of housing.

At the same time, the specific benefits cliff that lawmakers are struggling with is a symptom of something larger — that the cost of housing in Washington is straining systems born in a time when rents were lower.

“We’ve been watching the [disability income] trends and the rent trends for quite a while,” said Thomas. “I think the need has been really getting more exposed and more urgent over the last couple years because even nonprofit affordable housing is out of reach in this region.” 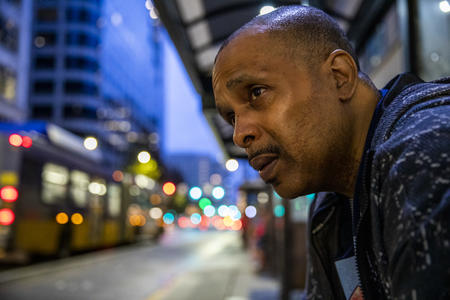 For some disabled Seattleites, federal assistance means a return to homelessness

Dwight Williams had finally found a place where he could ‘shut the world out.’ He lost it because he played by the rules. 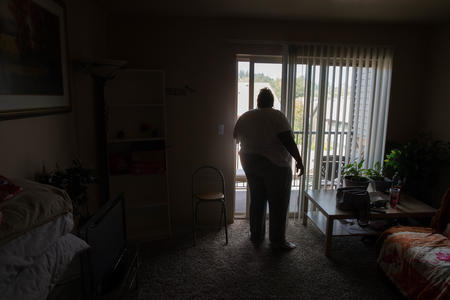 Once a safeguard against homelessness, disability payments can’t keep up with the rent

by / January 23
Article continues below

For some disabled Seattleites, federal assistance means a return to homelessness

Dwight Williams had finally found a place where he could ‘shut the world out.’ He lost it because he played by the rules.

Once a safeguard against homelessness, disability payments can’t keep up with the rent