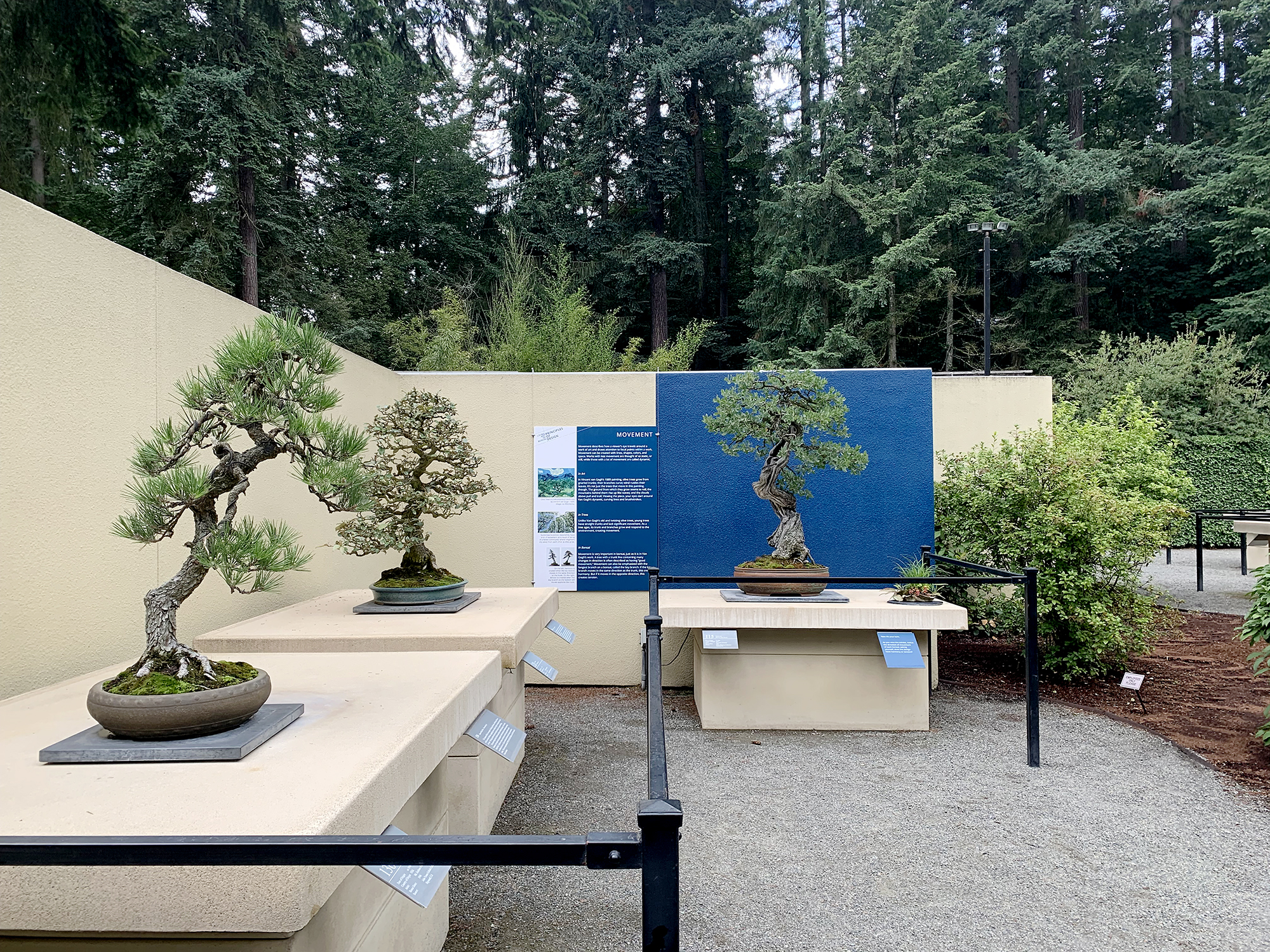 A pit opened in Aarin Packard’s stomach when he found out Sunday that, earlier that morning, thieves had stolen two approximately 75-year-old bonsai trees from the collection at the Federal Way-based Pacific Bonsai Museum where he serves as curator.

“It’s so violating,” Packard says. “It’s hard not to feel like you have failed in your job to steward these trees. They’re not just little trees in pots for us.”

Thieves took a silverberry that’s been part of the collection since the museum's founding in 1989; they also stole a Japanese black pine that arrived from the Bay Area one year later. The museum values the trees at $85,000 together, according to Cmdr. Kurt Schwan with the Federal Way Police Department.

After three days of high anxiety, at 11 p.m. Tuesday, security guards discovered the trees on the side of a road leading to the museum.

Packard woke up to a call soon after.

“I was kind of half asleep so it didn’t quite seem real,” he says. “But I’m extremely elated and relieved to have them back, and extremely grateful for the bonsai community. It doesn’t feel like we’re the only ones who care about these little trees.”

The trees were slightly worse for wear, but both trees and pots were intact. The silverberry suffered the most damage to its branches, but Packard says it could have been worse.

“There’s a few breaks and cracks and things that we hopefully can heal, or encourage the plant to heal itself,” he says. Its appearance may change, but not in a way that compromises its value. “That kind of speaks to the character of bonsai,” he says. Just like people, trees can experience trauma that leaves marks in ways that can change their identity.

“I take a lot of encouragement when I think about my own struggles,” Packard says. “They are an example to me to just be resilient, and the wounds that we suffer we can heal and move past and they become part of our story.”

Packard is still inspecting the black pine, a species that he says tends to have more resilient branches. Bonsai artists employ copper wire to shape branch growth, and Packard says the black pine was wired in a way that might have protected it.

Federal Way police are investigating grainy security video footage showing a man walking through the museum. But museum officials are content with the trees’ safe return. Both were back on display as of noon Wednesday.

“We had said there would be no questions asked and we will stick with that,” museum Executive Director Kathy McCabe said Wednesday morning. “We’re obviously deeply grateful for their return.”

“Obviously there was a change of heart, for whatever reason, that motivated the return, and that’s all we wanted,” Packard says. “It’s like getting a lost child back. We’re going to make sure they’re pampered and taken care of.”

Schwan says the police department can't comment on the status of continuing investigations.

Bonsai ⁠refers to both the containered tree and the Japanese art of pruning, bending and tending them. The trees require extreme caretaking commitment, as they can live for hundreds of years with daily watering and monitoring.

Neither tree is the oldest or largest in the 150-tree collection, noted for displaying bonsai from more geographic locations than anywhere else in the U.S. But Packard and others say their worry stemmed from the black pine tree’s importance to human history. Japanese American bonsai artist Juzaburo Furuzawa grew the black pine from seeds sent by family members in Japan while he was incarcerated at the Topaz War Relocation Center concentration camp in Utah during World War II. He used a perforated tin can as a container.

The pine is set to be the centerpiece of an exhibit on the practice of bonsai during World War II. The exhibit, scheduled to start May 9, will use the plants, historical records and artifacts courtesy of the University of Denver to share stories of courage and resilience in honor of the war’s 75th anniversary.

Packard says that while many of their bonsai have powerful stories that touch on World War II, the pine is the only one in the collection germinated in a camp by an internee.

“[It was like] losing one of your main cast members in a play, without an understudy, with a few weeks before the show,” Packard says.

Even under curators’ watchful eyes, bonsai health can quickly deteriorate. When Packard joined the museum in 2014, the pine was on leave from display to recover from fungal diseases. He spent years nursing it back to health so it could return to public view.

“I'm grateful the trees [were] dormant, so their biological systems are largely at rest,” says Victrinia Ridgeway, a bonsai artist and museum docent and volunteer.

“I'm leaving work right now to go see them! It's an hour-and-a-half drive, but I can't contain myself,” Ridgeway said. ““I'm completely overwhelmed.... I can't get a grip!”

Thousands of social media notes, texts, emails and calls have poured in from people worldwide sharing messages of sympathy and outrage over the trees’ theft.

“The bonsai community is not very big and so we really had a huge outpouring of support from people from all over the world,” Packard says. “The collective sense of outrage and sadness and sympathy that we received has been extremely helpful.”

The museum ⁠— one of only two bonsai-specific museums in the country ⁠— survives on donations and serves just fewer than 40,000 visitors annually, Packard says.

Attendance is steadily increasing, but a higher profile brings problems, too. The museum was burgled in May 2015, although the tree stolen in that case was returned within 48 hours.

“As much as we want to highlight the value of our museum and our collection, the flip side of that coin is we become more of a target,” Packard says.

Packard says the museum is reviewing its security measures. He says people have reached out offering to help improve security.

“Every museum has to balance between securing your collection and providing access to it for visitors, and a big component of our display space is the openness of it,” he says. “Every day we try to take better care of the trees than we did the day before. It’s perpetual self-improvement.”

Update: This article was updated on Friday, February 14, 2020, at 11:12 a.m. to reflect new information from the Federal Way Police Department. Cmdr. Kurt Schwan confirmed the investigation is still ongoing, and provided the reported financial value of the trees.