A person strangled by an abusive partner is 750 times more likely to be killed by that same person, but the signs often aren't visible. 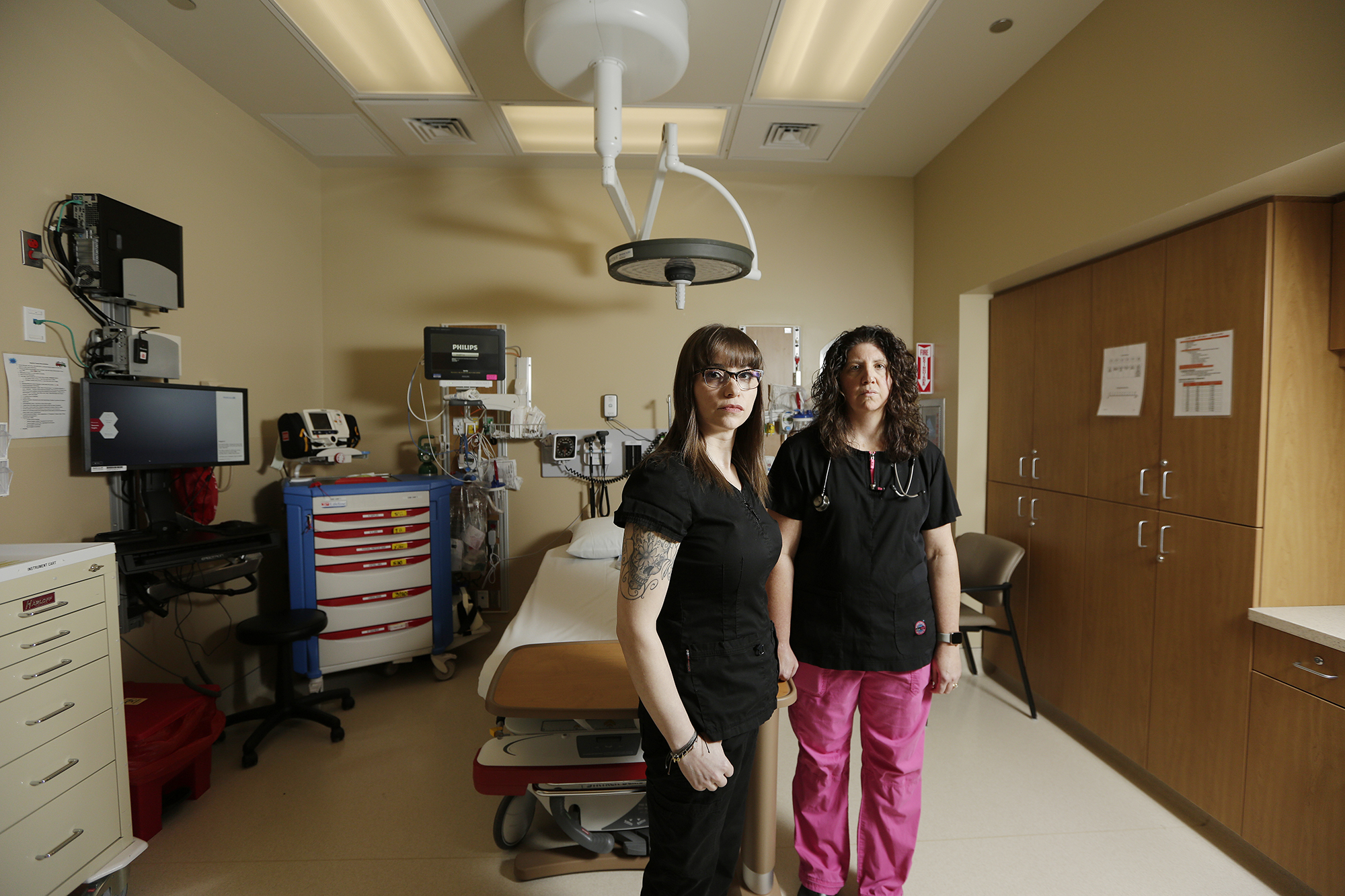 Melissa Beaver’s partner’s hands squeezed her neck and cut off her air, as he dragged the pregnant woman up the stairs and locked her in a room with their 2-year-old daughter. He left Melissa and their child there for more than a day, with no food, water or a bathroom.

That was just one of more than 20 times Beaver was strangled by her partner. She lived through years of abuse, sometimes going to the hospital, but never disclosing to medical personnel that she had been strangled. And she was never asked.

In over half of strangulation incidents, there are no visible signs of the assault. Even though Washington state categorized strangulation as a second degree assault in 2007, making it a felony, in most cases no charges are filed because the victim doesn’t disclose it and medical staff or police don’t ask.

Nurses at MultiCare Deaconess Hospital in Spokane are working hard to change that.

They’ve wrangled nurses across the community in an effort to educate medical staff and first responders on the importance of screening for strangulation. Last year, the group of nurses rallied the Spokane Police Department and Spokane County Sheriff, representatives from every fire district, the local ambulance company, the YWCA, domestic violence prosecutors and community Sexual Assault Nurse Examiners (SANE) to join their cause.

In November, the nurses rolled out a pilot program at the MultiCare Deaconess emergency room. Now, it’s expanding to include the MultiCare Valley location and the two other hospitals in town, Providence’s Sacred Heart and Holy Family.

Jennifer Jordan, a nurse educator in the Deaconess emergency department, said most victims who have been strangled come in to the hospital with other complaints, such as sexual assault or domestic violence. Research shows that most patients will not say they’ve been strangled unless they’re directly asked, she said, but when they are asked, most will disclose it.

This isn’t just a problem in Spokane, Jordan said. It’s a deficit in emergency departments across the country. For now, the nurses want to start with a citywide effort to screen with a simple, yet important, question: Have you been strangled?

For medical staff, the answer will determine what next steps they need to take: a CT scan, overnight observation, or discharging with instructions for follow-up and a list of social support resources.

Even dictating specific instructions for discharge is vital, Jordan said, because some of the symptoms may not appear for weeks, months or even years later.

Once patients answer, "Yes," their chart gets flagged, notifying all the providers that the patient has been strangled. It’s a fairly detailed questionnaire, Jordan said, to get the most complete picture of what happened. Law enforcement may follow the same screening but add in more legal questions that don’t apply to medical staff.

Other health factors, including increased risk of stroke, brain damage, heart attack, pulmonary edema and miscarriage, are related to strangulation. Death can occur weeks after the assault.

Perhaps most important, the Training Institute on Strangulation Prevention cites a study showing that a person strangled during a domestic violence incident is 750 times more likely to be killed by that same person.

It’s safe for victims to disclose they’ve been strangled to medical staff without fear of their perpetrator going to jail for assault because it isn’t part of mandatory reporting requirements. Victims may not want their assaulter to be jailed for a myriad of reasons — the average domestic violence victim takes seven attempts to leave their partner — so telling medical staff is a safe option, even if they do not want it disclosed to law enforcement.

A study of 300 strangulation cases in the Journal of Emergency Medicine showed that inadequate training of law enforcement and prosecutors led to overlooking the signs of strangulation, especially when there are no obvious visible signs.

The Spokane Police Department wants to avoid that mistake by educating their officers on what to look and listen for and what to ask.

He learned that strangulation is a strong indicator of potential homicide, making strangulation screening essential in preventing fatalities.

“It was quite the eye opener,” Ferguson said. “[It] made me kind of regret the years of ignorance. We didn’t know that strangulation didn’t leave any marks.”

Every Spokane police officer goes through training with a video from the Training Institute on Strangulation Prevention. The department is currently working with another strangulation expert to develop an instructional video on strangulation investigations.

While asking about strangulation isn’t an obligatory question, the officers are trained to look for not so obvious signs. They should be asking open-ended questions, Ferguson said, listening to key words such as “couldn’t breathe” or hearing a hoarse voice. The officers also carry pocket cards with tips for investigating strangulation when there are no visible signs.

Spokane Police don’t track strangulation as a separate crime category, so Ferguson doesn’t know how many of the 3,500 intimate partner violence reports last year involved strangulation. However, he said it’s the assessment that’s the important step for officers to take.

“Awareness was the first really big step that, holy cow, when somebody says they’ve been strangled, stop looking for marks on the neck and start talking to them and look at the other signs and symptoms,” Ferguson said.

Melissa Beaver is now studying prenursing at Spokane Community College and works at MultiCare Deaconess as an emergency room technician. She has shared her story with a group of nurses at the hospital, hoping her story will drill in the importance of asking the question she was never asked: Was she strangled during her many domestic violence incidents?

“That’s about the time I started working in the ER that I felt I could help other people by sharing my story and what I’ve been through,” Beaver said. “If I could give one person, even just one person, the strength to leave and not put up with [domestic violence], and not go through some of the things that I went through, I will say it over and over and over again. I refuse to allow myself to live in fear … I refuse to be silent.”