As she enters the second half of her term, the mayor projects optimism, even amid concerns about homelessness, public safety. 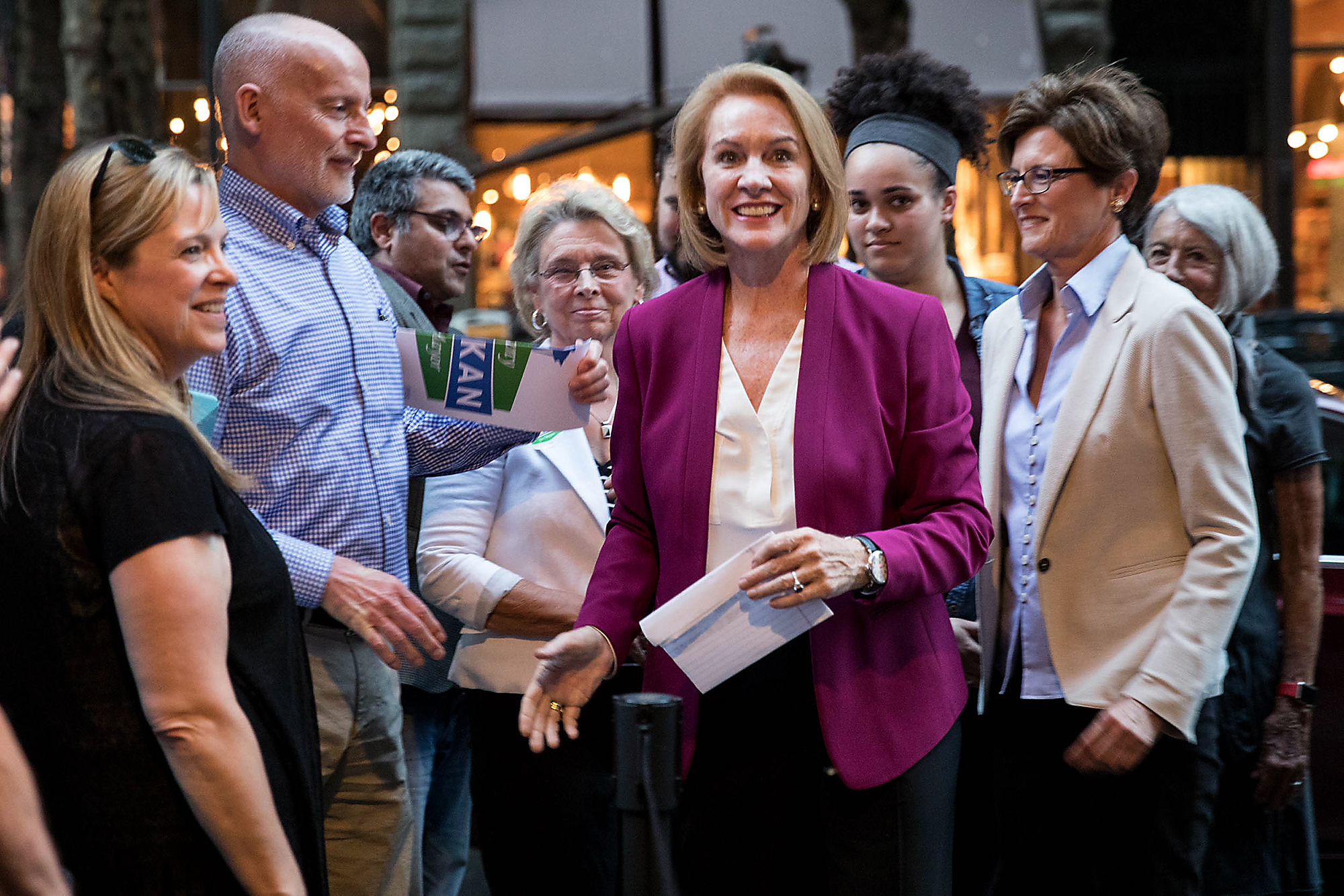 With the glimmer of a likely reelection campaign on the horizon, Seattle Mayor Jenny Durkan kicked off the second half of her term on Tuesday the way she began the first: fiercely optimistic, hyperbolic in her praise for her city, subtly critical of her opponents at home and overtly critical of the president in Washington, D.C.

In her third State of the City address, delivered at the Rainier Valley Arts Center, Durkan teased a number of new initiatives concerning job training programs for youth, responses to public safety issues, expanding an emergency fund for small businesses, the census, and housing and homelessness.

She also said she would soon release a proposal to go before voters that would renew a tax district to pay for transportation projects in Seattle.

Much of her speech, however, was about reminding her audience of her accomplishments. That’s in line with how the mayor’s staff has begun framing expectations for the second two years of her term: building on and solidifying their work so far.

At the top of that list: the rollout of the voter-approved education levy and free community college, implementing a new tax on Uber and Lyft rides, a minimum wage for drivers and starting up a new regional authority on homelessness.

“In the last two years, together we have taken bold actions to make our progressive values real in people’s lives,” she said.

“I can tell you, today, the state of our city is strong and resilient,” she added.

Durkan will also be under pressure to show tangible progress, in particular on homelessness and public safety.

While the mayor has touted the first decline in homelessness since 2012 — as reported by the inherently flawed annual point-in-time count — the issue is still at crisis levels and remains a top priority for residents.

In that context, the success or failure of a bill in the Washington Legislature authorizing King County has become crucial for the mayor. The bill would enact a payroll tax on large businesses that would fund housing and homelessness services.

“This could give our region unprecedented new resources for affordable housing,” she said Tuesday.

Her chief critic in City Hall, Councilmember Kshama Sawant, has floated her own, larger business tax that Sawant says is more commensurate with the scope of the problem. That tax would affect only Seattle, a geographic restriction the mayor opposes.

Without naming Sawant or her proposal, Durkan said in a glancing critique of Sawant’s measure: “These problems do not know any city boundary. If we truly want to address housing and homelessness, we must act as a region.”

Sawant did not attend Tuesday’s speech, but hit back in a statement, calling Durkan a “corporate politician” who is “eager to do the bidding of Jeff Bezos and other billionaires.”

The mayor, and the city more broadly, has also come under intense pressure to make downtown’s retail core safer. In the weeks since a shooting there left one dead and seven injured, police and people in bright reflector vests have essentially cleared the area of loitering. But the mayor has promised longer-term efforts.

Durkan said Tuesday that she supported a mix of law enforcement and holistic upstream measures, while also calling for more conversation about the local criminal justice system. She proposed that the city create a “community response” team made up of community leaders who could dispatch to shooting scenes and hospitals. The team would help prevent people from continuing their involvement in crime and retaliation.

As she has been throughout her tenure, the mayor in her speech was again highly critical of the Trump administration in her speech, especially around immigration. She has started sharpening her attack as the 2020 election kicks into gear, although Durkan has declined to say which candidate for the Democratic nomination she will vote for in Washington’s March primary.

Durkan upped her criticism of the administration over the weekend, joining about 2,000 Department of Justice alumni in calling for the resignation of Attorney General William Barr after he intervened in the prosecution of Roger Stone, a friend of President Trump.