A lopsided Democratic majority is out of step with public opinion. 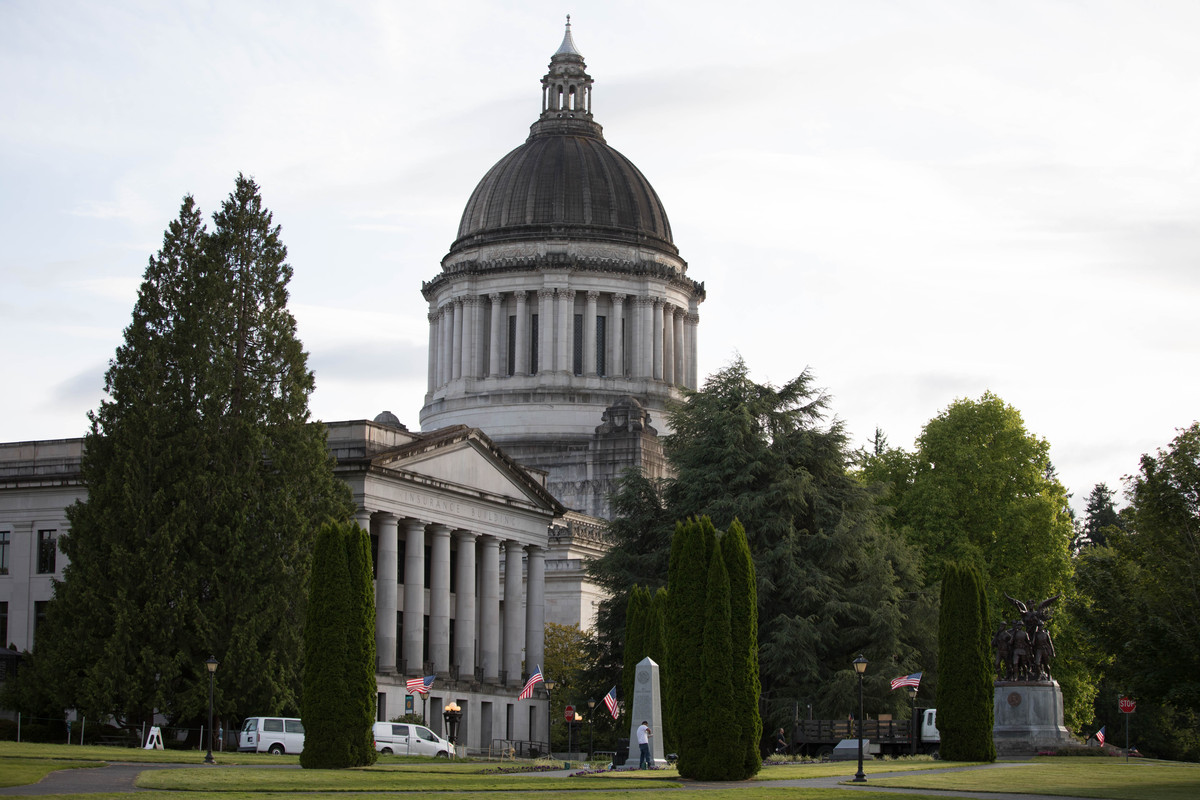 Every year in Olympia, a few Big Fights in the Legislature define the direction of Washington’s politics.

Out of thousands of bills introduced this session there were four such battles: a business tax increase to subsidize college tuition assistance; a controversial sex education program; a “low carbon fuel standard” to combat climate change; and a fight over acknowledging or ignoring the majority of voters who supported $30 car tabs by passing Initiative 976 last November.

The first of those battles has already been waged and won by majority Democrats — the extension of the B&O tax to bring in 4,000 more companies to underwrite college tuition subsidies. Raising taxes when there’s already a healthy surplus of revenue is usually difficult. Not this year.

With time winding down, here’s where the other three battles sit.

$30 license tabs. In 1999 voters across Washington defied most of the state’s political establishment and supported an initiative (Tim Eyman’s first) to lower license tabs to $30. It ran afoul of the courts, but Democratic Gov. Gary Locke, despite opposing the initiative during the campaign, called a special session to implement its core elements and “keep faith” with the voters.

Twenty-one years later, after years of incremental increases in car tabs, voters went back to the polls and passed Initiative 976 (Eyman’s latest) to restore them to $30. Despite surviving a constitutional challenge so far, it remains snagged in the courts awaiting Supreme Court action. But Gov. Jay Inslee, unlike his predecessor 21 years ago, has zero enthusiasm about implementing it through legislation. But providing no relief, when lawmakers have collected more than $1 billion in unanticipated revenue since September ($1.5 billion since June), would hand the loyal opposition a meaty issue come November.

House Republicans, accordingly, have unanimously signed on to a bill that lowers tabs to $30, while paying for it by diverting sales tax revenue from auto purchases. Not a bad idea, but they need Democratic support to pass it and they don’t have it. Instead, Senate Democrats have a modest bill, authored by state Sen. Marko Liias, D-Mukilteo, to stop gouging car owners with an artificially high evaluation scale to calculate car fees, along with a provision to let people pay their bill in installments. The Democrats will have the votes.

Low carbon fuel standard. Less than two years after voters overwhelmingly rejected Initiative 1631 to raise gasoline prices by 16 cents a gallon, the Inslee administration and House Democrats, led by Joe McDermott, are pushing to more than double that increase over time by adopting a “low carbon fuel standard” for gasoline. They are trying to do this quietly, lest it result in another ballot measure that would likely go down again in flames. But there’s an obstacle, and it’s one of their own — Senate Transportation Committee Chairman Steve Hobbs of Lake Stevens, one of the shrinking number of moderate Democrats left in Olympia. Hobbs would probably be amenable to raising the gas tax for road projects and improvements, but no money from the fuel standard proposal would go for that. Plus, higher gas prices depress public support for gas taxes in the foreseeable future. So it’s locked in his committee.

House Democrats are vowing to ignore any transportation project spending until Hobbs relents on the low carbon fuel standard. And rumors abound that the governor might call a special session of the Legislature for this matter alone. If Hobbs relents, it will clear his committee and head for a raucous floor fight that the Democrats will probably win. It would be soundly defeated if it headed to the ballot via initiative, but oil companies are actually divided on the measure, so it likely won’t happen.

Sex education. SB 5395 would mandate “comprehensive” sex education from early ages on up. Sex education was justified in schools to bring down rising rates of sexual activity, teen pregnancy and abortion. But all of those have been steadily declining for more than 20 years. And sex ed is already a part of almost every school in the state, public and private (schools are not mandated to teach sex ed, but many do). Critics of the bill contend that the bill is intrusive, both to local school districts and families. Democrats defending it to constituents use opaque, obtuse language, gesturing toward “affirmative consent” and a world where “we don’t have violence” and where little kids “know they don’t have to let other people touch their bodies.”

When legislators argue that this bill will do what has been taught in schools for years, it deepens suspicions from conservative critics. Last year, 500 parents showed up to object to the bill, which failed, but just barely. This year over 700 people, most of whom were opposed to the bill, signed up to testify. Thousands more are peppering lawmakers with emails and phone calls. The bill passed the Senate and barely squeezed out of the House Education Committee last week, 9-8. Odds slightly favor passage, but expect a brawl if it makes it to the House floor.

Each of these issues would likely lose as ballot initiatives. But a lopsided majority for either party rarely reflects public opinion. This year is no exception.