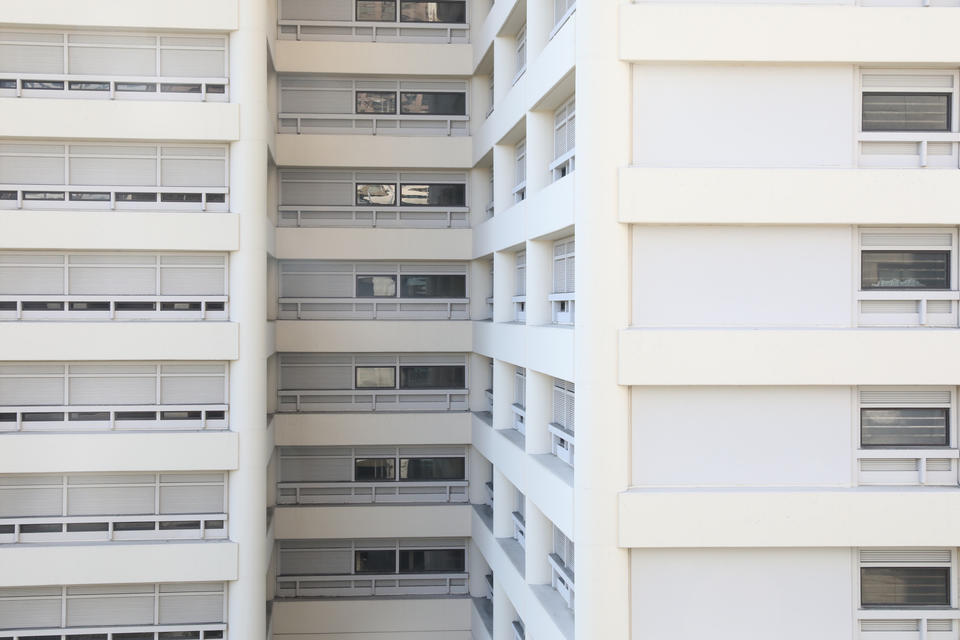 A King County jail guard was confirmed to have COVID-19 on March 18, 2020. Advocates are calling for minimal exposure to the facility, but it remains uncertain how to treat inmates amid the pandemic. (Matt M. McKnight/Crosscut)

During a meeting of prosecutors, defense attorneys, judges and court staff last week, a representative from the Seattle City Attorney’s Office warned that attorneys there were struggling with “morale issues” amid the ongoing spread of COVID-19.

Chief among their concerns: coming to and going from the downtown jail. One of the courtrooms for Seattle Municipal Court is inside the jail, and prosecutors were becoming increasingly worried about their daily visits there and being caught in the facility in the event of an outbreak among staff or inmates.

“The City Attorney’s office is handling morale issues with worry about jail lockdowns and attorneys being quarantined in the jail,” read minutes from the March 9 meeting provided to Crosscut. “They are requesting to immediately go to an every-other-day calendar to minimize frequency at the jail.”

The attorneys’ fears moved a step closer to reality Tuesday: a spokesperson for Public Health — Seattle & King County said a correctional officer had tested positive for COVID-19, the first in any of King County’s jails.

A spokesperson for the jail said the officer had not come to work for the eight days prior to his positive test.

Still, the ill correctional officer and the concerns of attorneys and advocates illustrate the extent to which the new coronavirus is stressing government institutions, the criminal justice system among them. As society contracts in an effort to contain the virus’ spread, law enforcement is restrained in how far it can recede.

Courts at Superior, District and Municipal levels have suspended jury trials and pushed off nearly all nonessential business. People not in custody who are waiting for a hearing will see delays.

But the question of how to maintain the safety of people inside King County’s jails, the correctional officers and the attorneys — while ensuring a speedy resolution for defendants — is proving thorny. Attorneys on both sides of the courtroom are struggling to strike a balance between limiting personal exposure to the facility and acting in their clients’ best interest.

“Everybody has a sensitivity to the jail because it feels like a closed-in place,” said Kelly Harris, chief of the criminal division of the Seattle City Attorney’s Office.

“They’re putting themselves at risk more than their colleagues in other legal jobs,” Harris added, speaking of his frontline attorneys. “As a manager I have to worry about that.”

Defense attorneys share that sensitivity and are also concerned about the health of their clients inside King County’s jails. Many inmates inside the downtown Seattle facility, as well as the jail in Kent, are older and less healthy, making them more vulnerable to succumbing to the most serious symptoms of COVID-19.

“It is the perfect scenario for something to be spread, and it’s a really vulnerable community,” said Sade Smith, a former public defender who now works in private practice. She has three clients in the jail, one of whom is in the demographic of people considered most vulnerable.

In a letter last week to King County’s top judges and prosecuting attorneys, Anita Khandelwal, director of the Department of Public Defense, urged more leniency from prosecutors to reduce exposure to the jail.

“I’m asking for the King County Prosecuting Attorney’s Office and the Seattle City Attorney’s Office to give great weight to the risk of COVID-19 when making recommendations regarding bail or release and for the court to strongly consider that factor when deciding whether an individual should be incarcerated,” she wrote.

At the same time, public defense attorneys have begun filing requests to reconsider bail for some of their clients, with the idea that those charged with minor and nonviolent offenses should be released on their own recognizance to improve public health. A judge will typically reconsider bail only in the event of a substantial change in circumstances, but attorneys are arguing that’s precisely what’s occurred with the COVID-19 pandemic.

“Every single person who does not need to be in jail should not be in jail right now,” said Rebecca Bradlow, an attorney with King County Department of Public Defense

But Bradlow said requests for new hearings have been going nowhere. So far, judges have said they will only reconsider if a client is deemed especially vulnerable to COVID-19.

“I can’t explain just how helpless myself and my colleagues feel right now,” Bradlow said. “We don’t know what to do and we’re stuck.”

On Tuesday, public defenders from around the state wrote to Chief Justice Debra L. Stephens of the Washington State Supreme Court, asking for expedited hearings to reconsider releasing some inmates.

Dan Nolte, a spokesperson for the Seattle City Attorney’s Office, said because of the slimmed down nature of the Seattle Municipal Court, many new cases will be deferred. For new offenses that do come in, “we’ll likely seek bail for people considered a threat to public safety (domestic violence offenders, repeat DUIs, random assault of strangers), and, as always, it’ll be up to a judge to decide whether to impose bail. If defense counsel can show a client has an underlying medical issue, we will certainly consider that when making charging decisions.”

As the COVID-19 outbreak has spread, the question of what to do with prison populations has been vexing. An employee at the Monroe Correctional Complex recently tested positive for the illness. The Los Angeles County sheriff announced he was releasing inmates with less than 30 day left on their sentence. A jail system near Cleveland said it was looking to release as many as 300 inmates. In Minnesota, public defenders have called for the release of inmates.

So far, neither of King County’s jail facilities has confirmed a case of COVID-19 among inmates, but the confirmed case of a correctional officer has led many to conclude it’s a question of when, not if.

Out of caution, officials said, visitation has been banned, cleaning increased and screening made more stringent. Staff has also begun transferring inmates deemed vulnerable from the facility in downtown Seattle to modular units in Kent.

Dennis Folk, president of King County Corrections Guild, said 30 to 40 inmates out of about 2,000 in the Seattle and Kent facilities have been transferred.

Folk’s members also have COVID-19 on their mind. He said those who work in the jail are in a tough spot, because they can’t telecommute.

“This is all new to us,” Folk said. “We’ve never experienced something like this. We’re trying to be fluid and work with the county.”

One issue could be understaffing. Coverage at the jail is already short. If staff members start getting sick, “What’s going to happen next?” Folk asks.

In addition to a public health challenge, King County Department of Public Defense's Bradlow said the situation has made her less able to negotiate deals or speak to her clients about offers. So some cases are taking longer than usual to resolve. And the longer cases take, the more time they may spend in the jail.

“I think a lot of people are trying really hard to work on these situations, but until everyone’s health matters equally we’re not going to get this resolved,” she said. “Your health doesn’t stop mattering when you go into the jail.”