Closures in the wake of coronavirus shouldn’t be a choice between equity and safety. We must ensure both. 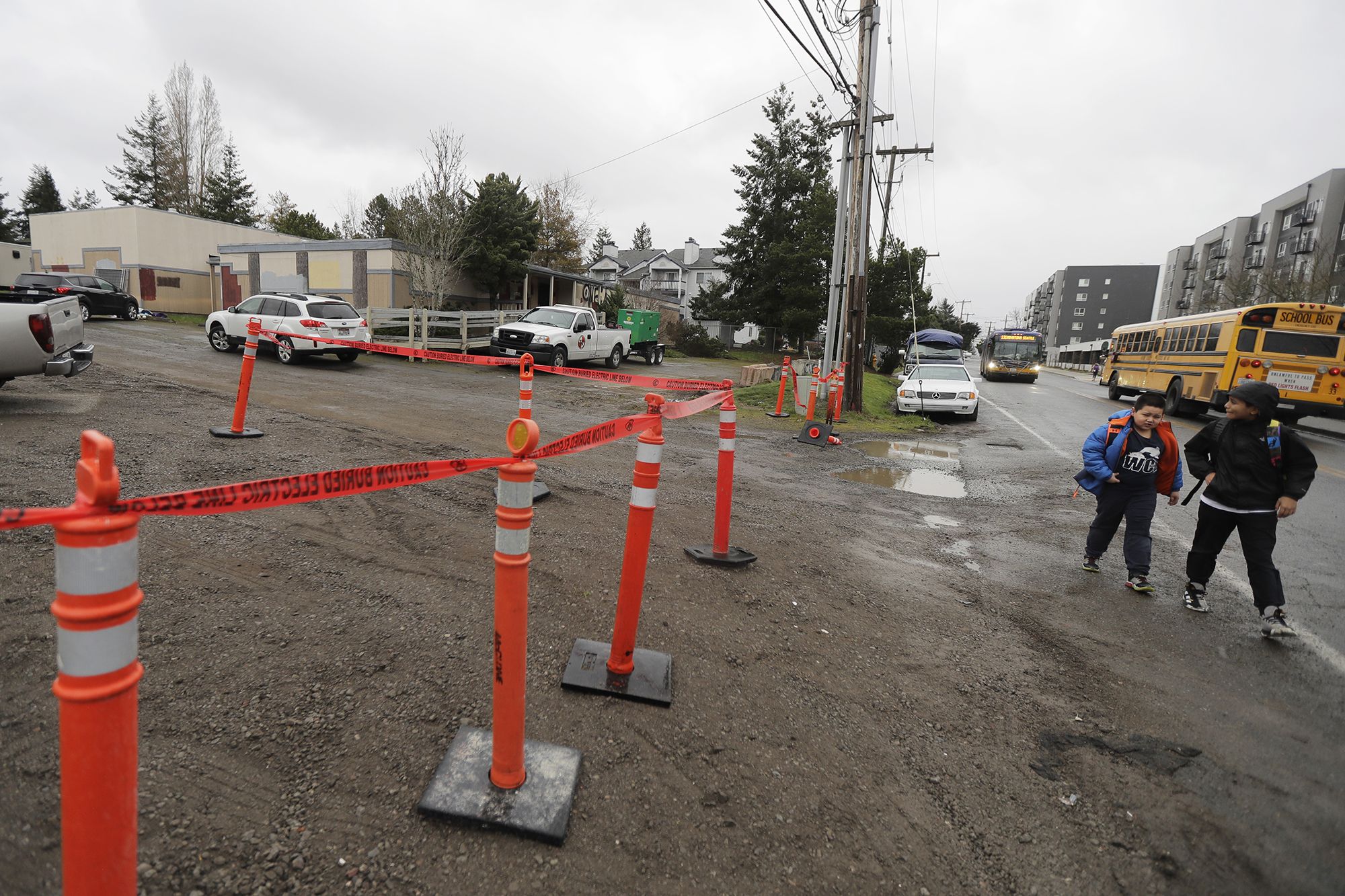 Students who were dropped off by a school bus walk past a location in south Seattle Tuesday, March 3, 2020, where King County will be placing several temporary housing units to house patients undergoing treatment and isolation in response to the COVID-19 coronavirus. (Ted S. Warren/AP)

Editor's note: The day after Crosscut published this Op-Ed, Seattle Public Schools announced it would be closing schools for a minimum of two weeks.

In Seattle, we cancel school for half an inch of snow but are continuing business as usual when the lives of educators, students and their families are at risk. Why hasn’t Seattle, the epicenter of the coronavirus outbreak in the U.S., implemented the social-distancing measures that have been central to other major cities and countries fighting COVID-19?

Representatives of Public Health — Seattle & King County and Seattle Public Schools have offered a number of flawed arguments. They claim schools should not be closed yet because there are no “confirmed cases” in Seattle schools. They reason that schools should stay open because children are not as likely to die from COVID-19 and may spread the virus to high-risk caregivers if they are homebound. And they point out problems with closing schools in an unequal society with a compromised social safety net.

While these are important points, they contradict existing World Health Organization research and recommendations on the COVID-19 crisis. Importantly, they also present a false choice between equity and safety, placing the burden of containment on educators, custodians, students and their families.

It is irresponsible for Public Health and Seattle Public Schools to wait for confirmed cases to close schools when there are so many barriers to testing. On the national level, the Centers for Disease Control and Prevention has been slow to provide municipalities with sufficient tests, and early on limited medical providers’ abilities to confirm suspected cases by requiring overly strict testing criteria. On the local level, these issues have led to backlogs in testing, despite the work of independent researchers at the University of Washington to develop an alternative test. Many workers and visitors at the nursing home at the center of the Washington outbreak, the Life Care Center in Kirkland, have still not been tested. Other community members with coronavirus symptoms have faced obstacles to testing, including people with connections to other documented cases.

Patty Hayes, director of Public Health, rightly noted last week that older caregivers who look after homebound students could become infected. But this possibility is less likely the earlier we close schools. According to data published by Chinese researchers last week, young people who had come in contact with a confirmed case had a similar risk of infection as the general population, though were less likely to show severe symptoms. When coupled with the testing backlog, this means that we likely won’t have a confirmed case in Seattle Public Schools until someone at a given school — likely an educator or student at higher risk — is hospitalized for respiratory distress. In the meantime, the virus could spread throughout that school and its broader community. As educators and students return home to their families each day, they would expose them to a virus with fatality rates some studies find is as high as 14.8% for patients 80 or older. This is precisely why public health officials discourage other large gatherings.

Hayes similarly argued that the burden will be greater on health care workers if we close schools. While this is a significant challenge, epidemiologists studying COVID-19 in other contexts and historians who have looked at previous pandemics with similar case fatality rates suggest that our health care system will face a much greater burden if Public Health does not enforce early and aggressive social-distancing measures. If these measures are not taken quickly, our health care system will be overrun, we will see much higher numbers of infections and deaths, and it will be the communities already marginalized who are most affected.

It is precisely because of these inequalities that our leaders should be taking containment seriously, rather than using them as excuses for inaction. Ignoring international public health norms and the county’s own guidelines for containment — limiting groups, working from home — under the guise of equity is not simply misguided; it is irresponsible. In the words of Dr. Tedros Adhanom Ghebreyesus, the director-general of the World Health Organization, “This is not a drill,” and some epidemiologists warn that we could be looking at another pandemic approaching that of the flu of 1918, if places with community transmission like Seattle don’t act quickly.

This doesn’t mean we should be closing schools wholesale. Prepared meals, youth health care, general education and special education services should all be provided, especially for students and communities who would be most burdened by closures. Northshore School District has implemented some of these strategies as they close schools for the next two weeks, and Seattle Public Schools plans to offer sack lunches and two weeks of lessons that do not require technology in the event of a closure.

Still, this isn’t enough to address the challenges Seattle communities will face as this epidemic grows and public institutions shut down. Our federal and state officials should also be securing stipends or paid leave for families who can’t afford child care or time off, as they have in other countries. Policymakers in the U.S. House and Senate should support Sen. Patty Murray and Rep. Rosa DeLauro's bill for emergency paid leave, and local policymakers should discuss how to make this possible and mitigate health care and housing costs at the state level.

At this point, it is up to us as educators, parents and community members to demand that our local leaders have the moral courage to make the right call for Seattle’s students, educators and communities. We need to push back on the false choice between containment and equity. We need to demand that policymakers not only close schools but also allocate the funds necessary to ensure that students and their families have everything they need while we slow this epidemic. Time is running out.

When I return to school tomorrow in South Seattle, I will do everything that Public Health and Seattle Public Schools have asked me to do as an educator. I will clean the desks, sanitize the doorknobs, remind my students to wash their hands, prepare in-person and remote lesson plans and offer as much reassurance as I can to my colleagues and students. As Seattle leaders implement a new COVID-19 response plan that suggests the possibility of future closures, I hope that this reassurance can include saying that our leaders care enough about them to both contain this epidemic and invest in our communities. 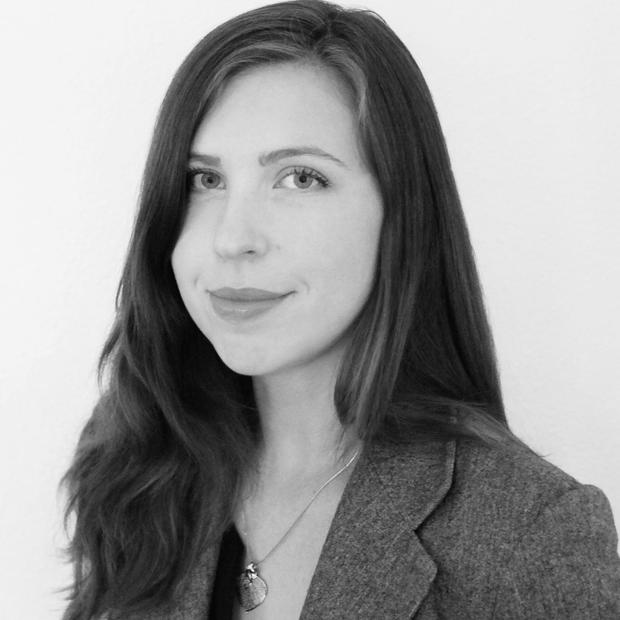