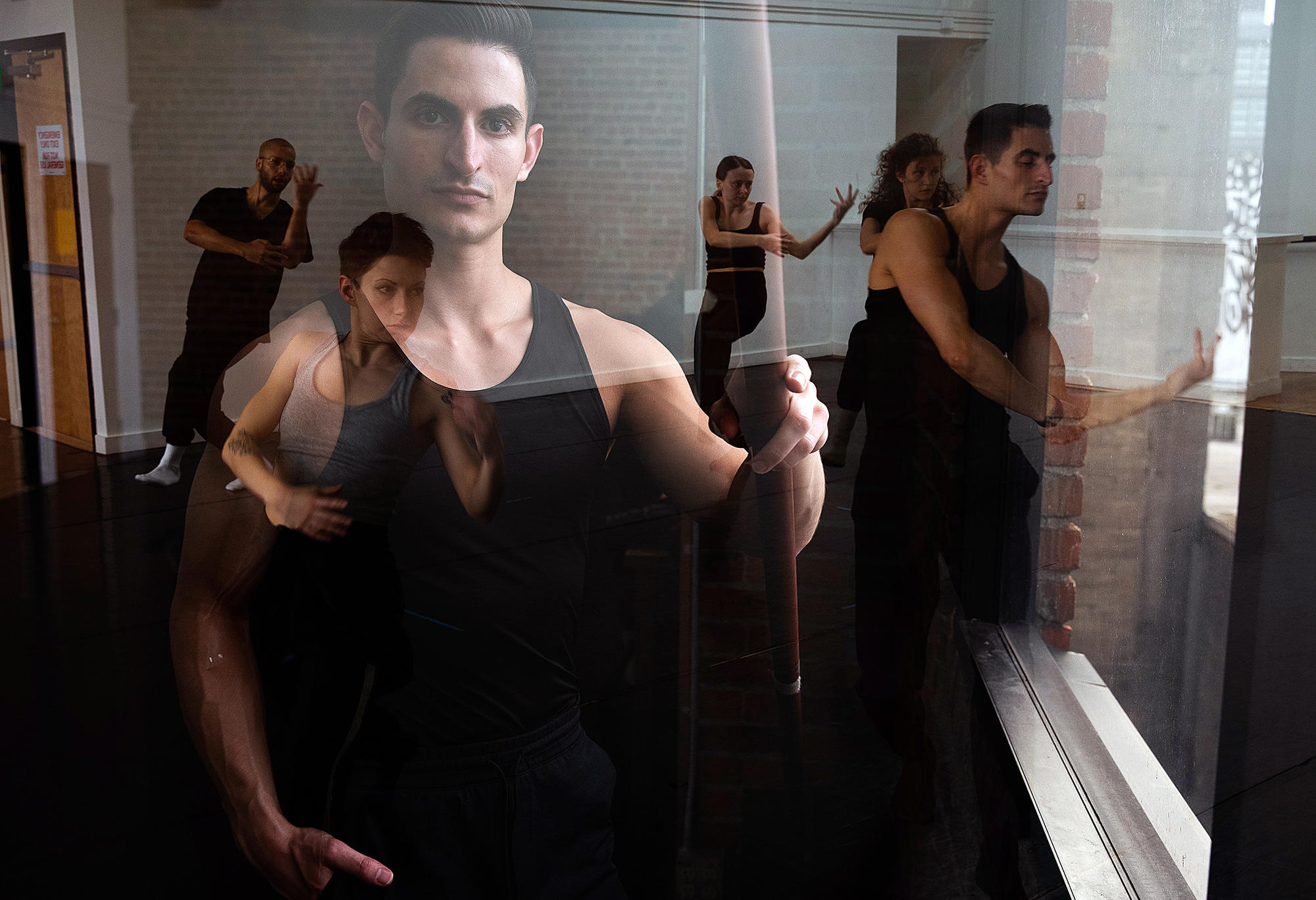 During pauses in rehearsal at Velocity Dance Center, choreographer Daniel Costa is often playful, giggling as he adjusts the dancers and offers suggestions. But when the music starts back up and the dancers begin to perform, Costa becomes pensive, his gaze intense.

Meet Your Maker is a new series of quick interviews with local artists, showcasing the vast and vibrant range of people making creative work around the Pacific Northwest. Watch for a new Meet Your Maker interview in the Crosscut arts and culture section each week.

“It’s a deep fog.... We’re out in the dramatic thick of it,” he says, setting the tone of the sequence. “Imagine where you are in space and activate your eyes.”

His newest piece, Resonance, which he choreographed (and co-produced with Velocity) reflects his approach to contemporary modern dance, incorporating elements of improvisation, hip-hop and ballet. “I'll riff on some idea or line in ballet and then I'll mess it up,” he says of his style. “Make it awkward. Make it queer.”

With Resonance, in which he also dances, Costa aims to highlight the visceral — and vital — impact of social companionship and togetherness.

“I wanted to call it Resonance because it's [about] how your frequency can be changed because of someone else's,” he says.

Back in rehearsal, four dancers line up diagonally across the room and face the mirror. They reach out with their right arms, in unison, and shoot their left legs back into a lunge. Then, in one swift move, the dancers pull forward into a standing position. Individually, each dancer creates a ripple, and together they form a swell.

Costa watches intently, his eyes focused on the form. His head tilts back and forth, mirroring the ebb and flow of the dancers’ surflike motions. “I learn and do best when I'm with other artists,” he says.

See more of his work: danielcostadance.com

When did you start dancing?

In eighth grade I got into Grease, the musical — I got to be Nicky. That was my first time singing and dancing. I was a terrible singer, but my teacher said I had a really good understanding of dance. When I was 16, I saw the movie Step Up. (I was probably into Channing Tatum.) My friends, all women, were like, “Let's go dance and take a hip-hop class.” We all did it together for a year and then I kept going.

When did you begin choreographing?

The first time I saw modern dance on the stage [I felt] nothing. The second time I was 17 and something dramatic shifted. I really was interested in the composition and choreography. My high school wasn't an art school, but I could take creative movement [and] modern dance classes. The minute I found dance, I was like, “I want to choreograph.” I took a summer dance intensive with the Carolyn Dorfman Dance Company where I learned African dance and Capoeira. I mixed all of these forms into a piece that I set on high school kids.

Why did you decide to bring your dance career to Seattle?

My junior to senior year [at Rutgers University] I got to study anywhere I wanted in the summer. I was dying to get on a plane — I had never been on a plane in my life. I decided to make my studies in Seattle at Velocity Dance Center. I fell in love with what I saw from the choreographers and the opportunities for young makers. I finished my last year at Rutgers and was like, “I'm going to the West Coast. I don't want to go to New York.” My perspective at that time was that this area seemed more inclusive and based [more] on community than on a cutthroat mentality.

What was it about dance that appealed to you?

When you dive into your craft with people, it becomes very intimate. I never had experienced something like that. Like, [even] in my family, nothing like that. I have a twin brother — [and] never had that kind of sensation. Dance helped me find companionship. I found people I connected with on such a deep level that I still have very emotional feelings about these people. I hold on to that because it helps me when I feel lonely or feel disconnected.

How has dancing changed your life?

How do you make a living as a dancer? Do you have a side hustle?

I actually find a great deal of performance and artistry when I'm coaching at OrangeTheory Fitness. That's how I make some money. I know some people that like the hustle of freelancing and getting gig after gig. It really depends on what you want. I have a free side, but ... I like to feel safe.

How do you run a dance company in this economy?

This is a very small operation I run on my own. I do everything as an independent contractor, and I bring in other independent contractors. I feel like it keeps the vibe of a family community, with a strong work ethic. The only reason I can put on a show is because I'm partnering with another arts organization. I don’t own a space or I have employees. I can't afford that. I'm working with a really high caliber cast, and I want to be able to pay them. I want to build a company; that’s the goal.

What is the Seattle dance community’s most pressing issue?

[Artists] have limited resources. You're pressed for money, you're pressed for time, and not having a lot of either is very challenging. We all deal with that. There are communities in this scene that are growing really strong, though. There’s a floorwork [dance that is low or on the ground] studio called Dance Undercurrent and they're building momentum. They're fighting and they're building community.

Do you ever want to move back to the dance scene in New York City?

It's a battle, but I think where I am right now, I'm in a good place. I find that [New York City] is pretty intense, and I really appreciate that. Life here is way more comfortable and that comes through in the dancing. We have to definitely push ourselves a little bit more to be a little uncomfortable within our dancing — push our drive and force and power because the city's not really doing that to us. New York is pushing you to try hard, to be as intense as possible. I think the same goes for L.A. I always thought L.A. is very commercial, New York is very concert dance and Seattle is this small, growing city that has influences from whoever decides to move here.

What are you trying to achieve with Resonance?

I’m interested in how I could be in this room right now, but still be connected to someone I'm in love with, someone I have a deep connection with, someone like my twin. I'm not very comfortable with my twin, but I still have this bond with him. I think it's true you can sense when something's wrong with someone, even though you're nowhere near them. I think dance is a perfect art form to express energy and the movement of energy and how someone resonates.

What is the role of dance in a society that is increasingly polarized?

I think regardless of the art form you're still in a space with people. It brings folks together and sometimes it does spark something. What art can light up in someone can usually bring conversation about humanity. Dance allows people to connect to vulnerability. 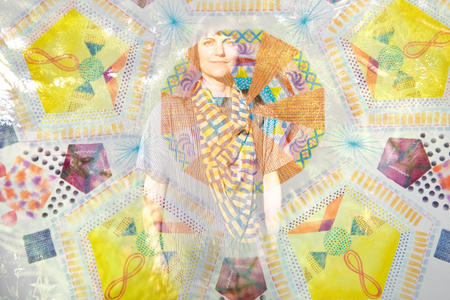 by / February 12
Article continues below