‘Nothing short of torture’: WA to restrict youth solitary confinement

The state Attorney General's Office, a key supporter of the legislation, argued that young people need a chance at rehabilitation. 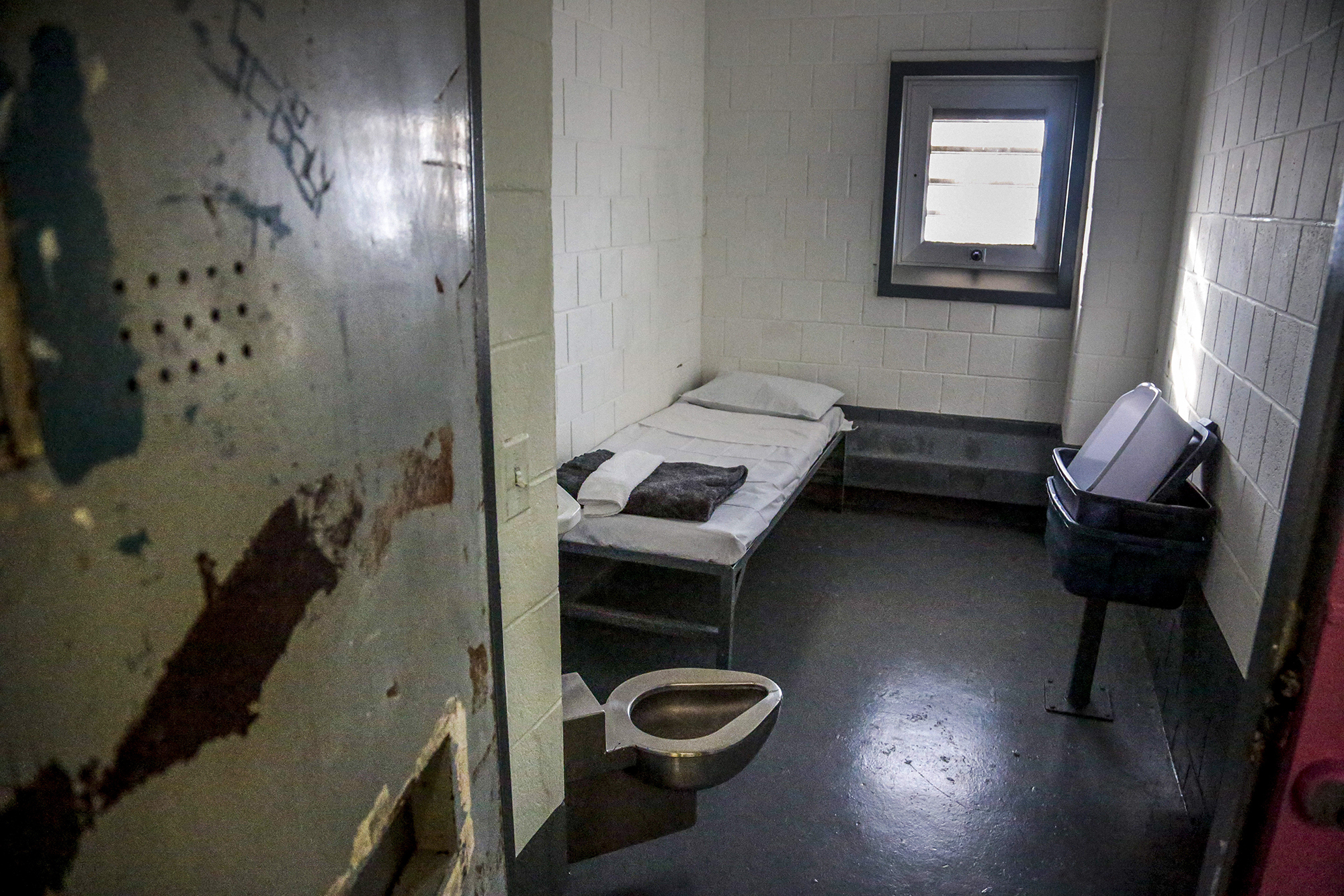 A solitary confinement cell at New York's Rikers Island jail. Washington advocates are renewing their push for legislation that would ban putting a juvenile prisoner in solitary confinement; two bills in the House and Senate have passed with some bipartisan support and are awaiting a formal vote. (Bebeto Matthews/AP)

A state House bill to limit the use of youth solitary confinement in juvenile detention facilities has passed both chambers of the Legislature, as the end of the 2020 session draws near.

The legislation, sponsored by the Office of the Attorney General, must now be signed by Democratic Gov. Jay Inslee in order to be made law. Spokespersons from  Attorney General Bob Ferguson’s office testified during public hearings about the necessity of limiting, if not prohibiting, the use of solitary confinement on juveniles.

“We believe that prohibiting solitary confinement for juveniles is crucial in ensuring that incarcerated youth are given a fair chance at rehabilitation,” said Brittany Gregory, deputy legislative director for Ferguson.

State Rep. Strom Peterson, D-Edmonds, sponsored the House bill. The proposal passed out of the Senate on March 5 with a 36-13 vote.

“Subjecting kids to solitary confinement is nothing short of torture,” Peterson said. “Its end is way past due.”

The statewide proposal follows the enactment of a 2017 King County ordinance that banned county detention facilities from using solitary confinement on youth as a form of punishment. The ordinance still allowed solitary confinement for certain instances, including when “less restrictive alternatives were unsuccessful” or to prevent “imminent and significant physical harm” to the detained juvenile or others.

Despite the intent to curtail the usage of solitary confinement, a 2019 report found that it had still been used 15 times without proper documentation in King County facilities.

While the legislative proposals call for prohibiting solitary confinement as a punishment for youth, the measures appear to redefine “room confinement” and “total isolation” and say they can be used for the same instances outlined in the county ordinance.

The House bill’s sponsor insisted the definitions are in fact different, albeit slightly confusing. Room confinement means that “a juvenile is separated from the others in their usual sleeping quarters,” according to Peterson. Isolation means that a juvenile is separated for longer than 15 minutes “in a room other than their usual sleeping quarters,” he said.

Kendrick Washington II, youth policy counselor at the American Civil Liberties Union of Washington, agreed that while it would be more accurate to say the proposal seeks to limit, rather than prohibit, youth solitary confinement, the legislation intends to limit those circumstances to extreme instances only.

According to the bill's language, “room confinement” and “isolation” can still be used for purposes such as discipline, behavior modification or protecting the safety of the youth or others from an imminent threat. Staff must check on juveniles every 15 minutes, and these methods are to be used only for up to four hours in a 24-hour period, with documentation. Additional support and documentation must be provided if a juvenile is separated from others longer than four hours.

Additionally, youth held in either room confinement or isolation must have access to things like reading and writing materials, clothing, bedding, hourly toilet visits and mental health services.

Ultimately, the goal is to reduce any type of isolation, relying instead on room confinement as  the “preferred alternative,” Peterson said.

A spokesperson for the Attorney General’s Office said the legislation would create a consistent policy statewide on standards for isolating juvenile offenders. In terms of documentation and policy oversight, the more robust reporting requirements will document how often youth are isolated across the state, and for what reasons. This information will also be available to the public.

The reports would then be submitted to the Department of Children, Youth and Families, which will compile them into a report to the Legislature by Dec. 1, 2022.

Advocates who testified in favor of the bills reiterated the effects solitary confinement can have on youth brains compared with those of their adult counterparts.

“These are things that occur when they’re being held in isolation, and these are things that occur long after they’ve been released,” he explained. “There should be no doubt that willingly inflicting these conditions upon the children of Washington is torture, and even if somehow we can justify the torture of our children, we’re still left with the very common sense question of what comes next.”

Many people testified in support of both the House and Senate bills, with opposition based solely on bill language.

James McMahan, who represents the Washington Association of Sheriffs and Police Chiefs, was the only person to testify against the bill over concerns about the application of the law in adult facilities, where youth are sometimes held “in very rare occurrences.” Juveniles in adult jails are always separated from the general population, therefore adult facilities would be in direct violation of the language of the bill.

He said otherwise the organization supported reducing the use of youth solitary confinement and was in support of the legislation.

Rep. Tom Dent, R-Moses Lake, cited concerns during the public hearing on the House bill, saying that solitary confinement should be left on the table for correctional officers to use with youth who need extreme intervention.

“I’m just concerned that we’re taking a tool away and there might become an occasion where we might want to use it,” said Dent, who voted against the bill during the House floor debate Feb. 12.

Gregory, the attorney general's deputy legislative director, argued that confinement should be focused more on services for youth instead of isolation. She said using solitary confinement to handle those circumstances is in fact more detrimental.