Poll: Public safety is 'urgent' for Seattle voters, but they're mixed on solutions 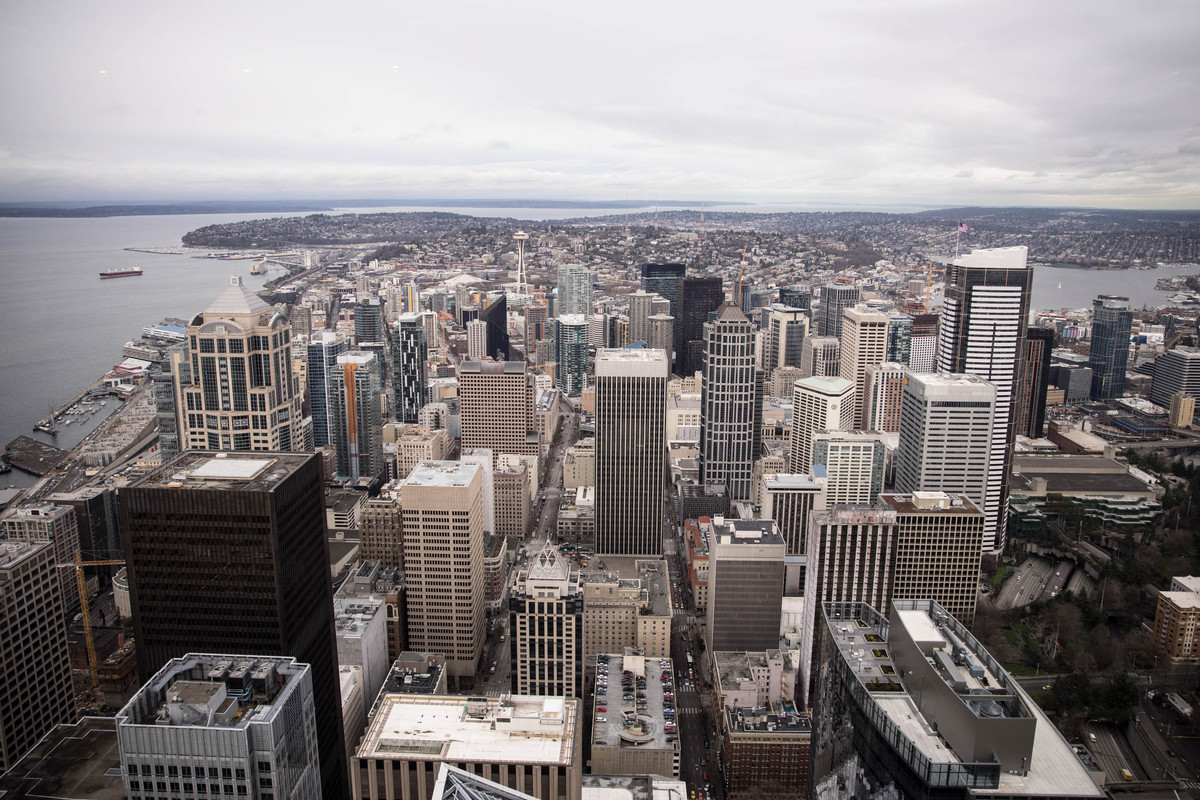 Three-quarters of Seattle voters believe addressing public safety downtown is an urgent issue, but are split on the best actions to take, according to a recent poll.

The results provided to Crosscut show strong support for increasing the size of the police department, setting up a mandatory drug treatment facility and adding prosecutors, probation officers and a dedicated court to monitor repeat offenders.

At the same time, a majority favored a “compassionate” approach that emphasizes addressing the underlying problems, and nearly half said stepped-up enforcement is not necessarily the answer.

The poll, conducted late last month by EMC Research, is a precursor to a possible citizen’s ballot initiative related to public safety. Greg Smith, a developer and outspoken critic of local government’s approach to public safety, is coordinating the effort, along with what he described as a “concerned groups of residents and business owners.” The effort is so far independent of the major political players in the Seattle business community, the Seattle Metropolitan Chamber of Commerce and the Downtown Seattle Association.

Smith, CEO of Urban Visions real estate, said the details of the initiative are still in the works, but added that the survey results signaled to him that voters would back a measure related to public safety, which he hopes to place on the November 2020 ballot.

“It supported what I thought, which would be that Seattleites are not happy with the present-day security situation, but that they are compassionate and it’s not about bringing down a hammer,” he told Crosscut. “It’s about how do we effectively address public safety.”

For the poll, conducted in the last week of February, interviewers reached 500 likely Seattle voters on cellphones and landlines. The margin of error is 4.4 percentage points.

The survey is the first barometer of how Seattle residents are feeling about safety in the city since a January shooting downtown left one person dead and seven injured. It also comes at a time of increased focus on so-called “prolific offenders” — people who have been arrested and released many times. The most salient and sensational depiction of the issue came from KOMO TV’s “Seattle Is Dying” news special. But city officials and business groups have also grappled with the issue in recent months and years.

What actions the city should take has been the subject of debate and has come down to balancing increased law enforcement with upstream and diversionary approaches.

Since the shooting, the city has increased police presence downtown. But even before then, Mayor Jenny Durkan and the Seattle City Council had signed off on “emphasis” patrols in certain areas.

At the same time, Durkan has said policing shouldn’t be the only answer and should be combined with diversion efforts and urban design improvements. Some of the city’s more progressive council members have focused on upstream solutions in order to address the issue.

“If we actually invest in our neighborhoods instead of investing after the fact in building more jails, we can start to solve this problem,” Councilmember Tammy Morales told Crosscut last month. “I think we need to take a broader view of what’s going to solve some of these issues.”

The city council has also more than doubled the funding for the Law Enforcement Assisted Diversion program — a prearrest diversion program focused on reducing crime through alternatives to incarceration. However, there’s been some disagreement with the mayor’s office on the rollout of a new contract for the program.

Seattle is among the safest big cities in the country. Still, crimes against people have increased in downtown in recent years, according to police data.

Whether it’s a reflection of this reality or increased news coverage, 52% of survey respondents said they felt less safe downtown today than they did two years ago. A similar number, 51%, said they were not confident in the mayor or city council’s approach to the issue, compared with 43% who said they were confident.

Although the specifics of a possible ballot initiative are unclear, the survey tested a few possibilities.

Despite the law-and-order tilt of the possible ballot measures, a majority of respondents agreed that “we can’t arrest our way out of drug-related crime problems” and that the city should focus on the underlying issues that lead to street crime and poverty. Just 34% agreed that “Seattle’s criminal justice system must deal with the gangs running open-air drug markets” and people “who are terrorizing neighborhoods and local businesses.”

Although Smith said he doesn’t know what the best mechanism may be, he has strong opinions about what he wants to see happen. “It’s hiring more police, it’s hiring more prosecutors, it’s hiring more folks who need help,” he said. “But to leave it in the hands of our elected officials, I think they’re all saying a lot of words, but they’re not doing much.”

On whether harsher enforcement would improve public safety, Smith said, “I just know how I feel about it.”