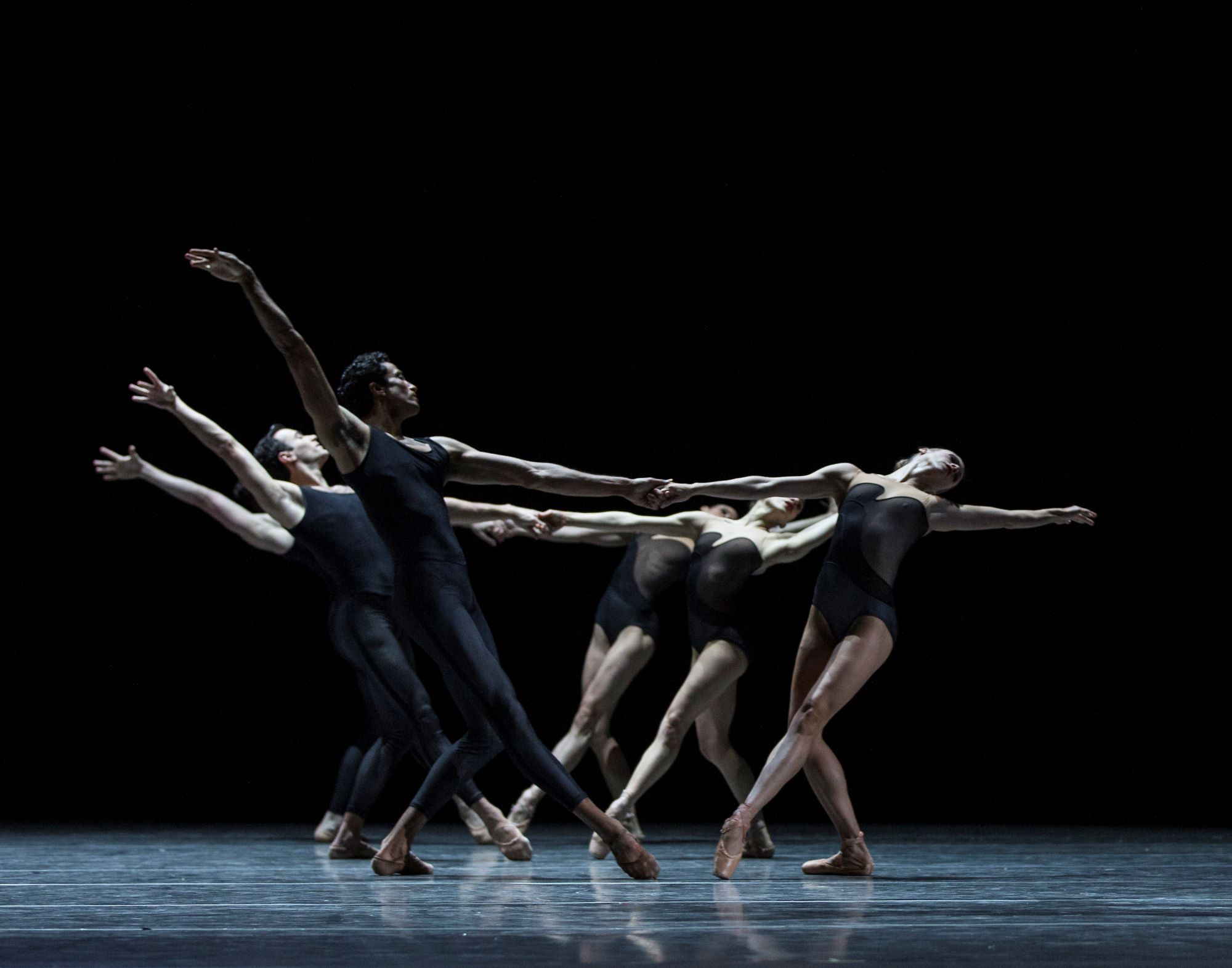 Each week, the Crosscut arts and culture team strives to bring you a rich mix of “Things to do,” from avant-garde dance to blockbuster gallery shows, from rockin’ concerts to very serious talks. But this week, as coronavirus cancellations began to pour in, our planned list became shorter and shorter — until it seemed there were no things to do at all.

For a time it appeared that the bigger budget arts organizations — Pacific Northwest Ballet, Seattle Symphony, STG Presents — would be the only places where “the show must go on.” But that ended Wednesday morning, when Gov. Jay Inslee banned gatherings of more than 250 people. This preventative health mandate, while essential, is threatening the livelihoods of local artists in ways far more immediate than the tech boom.

So while there may not be many “Things to do” out in the city, there are plenty of ways to support local artists and arts organizations from the safety of your own quarantine zone.

If you’ve already purchased tickets to March (or April) shows that have been canceled, consider not asking for a refund. Like most arts organizations, Pacific Northwest Ballet had to suddenly cancel its upcoming show, slated to open March 13. “It’s very expensive to open the doors at McCaw Hall,” says Executive Director Ellen Walker. “We were already operating on thin margins.” She says while canceling is the right thing to do, the loss of PNB's March shows will have an impact of over $1 million. So she’s happy to report the staff has heard from many patrons who are rethinking their ticket price as a donation, or using it toward future performances. –B.D.

Earlier this week, celebrated Seattle-based author Ijeoma Oluo did not beat around the bush: “The widespread cancellation of group events has had a disproportionate impact on the Seattle arts community — especially those who rely on gigs to pay their bills,” Oluo wrote online. With arts administrator advocate Ebony Arunga and musician Gabriel Teodros, Oluo has started the Seattle Artists Relief Fund Amid COVID-19, a GoFundMe page for artists seeing gigs slip through their fingers amidst the coronavirus crisis. In just two days, the GoFundMe has raised over $40,000 and counting. On Wednesday, the fund sent out its first $10,000 to the 17 artists who applied on Monday.

And, as the nonprofit ArtsFund recommends, there’s always the option to give directly to your favorite arts organization. –M.V.S.

The Black Tones, Tres Leches, Ings, and Parisalexa — all of these local bands were set to perform at this year’s South by Southwest Conference and Festival in Austin, Texas. But as quickly as the coronavirus appeared in the Seattle area, the event was canceled. Independent musicians, particularly in our increasingly expensive city, depend on a regular run of live gigs to make ends meet. As social distancing becomes the new norm, these artists will need more support. “Buying merch and sharing our stuff goes a long way right now,” says Tres Leches drummer Ulises Mariscal, who had five shows scheduled and canceled for SXSW. And while ticket sales definitely help artists, it's the profit from merchandise sold at those shows that gives musicians a financial boost. “It’s a big hit we weren't expecting,” Mariscal says. When it comes to the local artists whose music you really enjoy, instead of streaming their music free, Mariscal suggests dropping in on their websites to purchase band shirts, digital albums or vinyl. –A.P.F

Rent a movie, or stream local

Some of you may be old enough to remember this business model: peruse a catalogue of movies online, then rent and return a few flicks through the U.S. Postal Service. Yes, the pre-streaming model for Netflix may come back into vogue — thanks to a new initiative from Seattle’s own Scarecrow Video. This week the video-rental holdout announced on Facebook that it’s “testing out a trial rental-by-mail program,” which would help keep the one-of-a-kind nonprofit video vault afloat during a time when most people will turn to easy screening. Interested parties should contact campaigns@scarecrow.com (yes that’s old-fashioned email, not Twitter). Of course, with the new social distancing, there will also be a marked increase in online movie consumption, so consider watching a few locally made flicks on one of the megastreaming services. You could build a whole film festival around Seattle director Lynn Shelton’s oeuvre, from her most recent (Sword of Trust, with Marc Maron), back through a bunch filmed in and around Seattle, including Outside In, Laggies and Touchy Feely. And, speaking of being filmed in Seattle, while you may not feel like heading out to the newly reopened Seattle Asian Art Museum, you can peek inside via the 1985 movie Trouble In Mind, a strange neonoir that features Kris Kristofferson, Keith Carradine, Divine and an incredible climactic shootout inside the museum's hallowed doors. –B.D.

Watch (On The Boards) TV

From now through April, OntheBoards.tv is totally free. Created by cutting edge dance and performance venue On the Boards, the digital streaming platform has long allowed viewers to see pieces they missed (or go back for another helping). Truth be told, it has always been a bargain. For $50 a year, subscribers get a front-row — yet socially distant — seat for daring local performances, as well as video from performances that took place all over the world. (Even your ex’s Netflix account that you’re somehow still on costs at least $9 a month.) While the service is free for the next month or so, consider watching excellent shows by Northwest artists, such as Ahamefule Oluo’s jazz memoir Now I’m Fine, choreographer Crystal Pite's audience favorite dance Dark Matters, as well as the dramatic musical theatrics of the Degenerate Art Ensemble. As a thank you for the free shows, consider a donation, or a paid subscription starting in April, or a ticket to a live show when the corona-seclusion is over. As On the Boards Executive Director Betsey Brock put it: “We recognize that connecting art and audiences is at the heart of what we do, and we are navigating uncharted territory.” –M.V.S

If you watch: After choosing a performance, check the 48-hour rental option and watch for free with the promo code ARTATHOME20.

In 2011, nine years before the world had ever heard of COVID-19 or learned to sing “Happy Birthday” twice while handwashing, local poet Rachel Kessler (with Pete Miller) wrote a series of Public Health Poems. “I wanted to make something for people to extend their time at the sink scrubbing in,” Kessler says. “When my kids were little, we got tired of singing ‘Twinkle, Twinkle’ so I set out to write some ditties that would last about 20 seconds.” Kessler put the illustrated poem-posters (illustrated by Mishy Cass) up in public restrooms all over the state and held a few public restroom musical performances and “sea shanty sing-alongs.” Given the current circumstances, such close-knit group sing-alongs might not be preferred, but luckily, Kessler has 10 copies (card stock and stickers) to sell for $10 each. She is working on getting more printed, and is also offering downloadable versions for $5. (To purchase, contact Kessler via email.) Might just come in handy. –M.V.S.

Catch up on local authors

Bookworms are perhaps the best prepared for our new social distancing rules — curl up alone at home? No problem. Consider it an opportunity to catch up on our wealth of local literary talent. Here are a few recent books by regional authors, which you can order online from local purveyors, download from the Seattle Public Library or listen to as audiobooks. –M.B.

> So Lucky by Nicola Griffith. A lesbian writer in Seattle faces dramatic changes in her life —  including a diagnosis of multiple sclerosis — and becomes an activist for people struggling with illness and physical disability in this semi-autobiographical, Washington State Book Award-winning novel.

> A Pilgrimage to Eternity: From Canterbury to Rome in Search of a Faith by Tim Egan. The New York Times columnist and prolific book writer shares his real-life spiritual quest during an epic journey on foot through Europe.

> She Regrets Nothing by Andrea Dunlap. One critic dubbed this fast-paced novel about a woman who learns she is the long-lost grandchild of a very rich family as “a cross between Gossip Girl and Crazy Rich Asians.”

> Night Hawks: Stories by Charles Johnson. One of the deans of Seattle literature, Johnson has included in his new short story collection tales spanning a wide range of subjects and interests, from science fiction to slave liberators to an urban superhero.

> Arctic Solitaire: A Boat, a Bay and the Quest for a Perfect Bear by Paul Souders. For armchair travelers: this Washington State Book Award honoree takes you along on the author’s adventurous solo boat trips to Canada’s Hudson Bay, on a mission to photograph environmentally threatened polar bears.

> The Lost Girls of Camp Forevermore by Kim Fu. Five girls find themselves stranded on an island after their camp counselor dies during an overnight kayaking trip, and what happens next will prove to profoundly influence their lives.

> The Scent Keeper by Erica Bauermeister. The bestselling Port Townsend author’s lyrical coming of age novel is about a girl growing up on a remote Pacific Northwest island with a father who is mysteriously obsessed with fragrances. 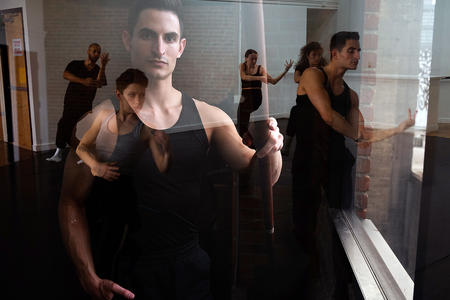 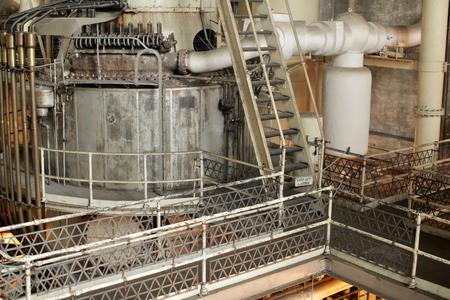