Why I left the Democrats

As Washington's primary election looms, I am reminded of all the ways the Party abandoned the common person. 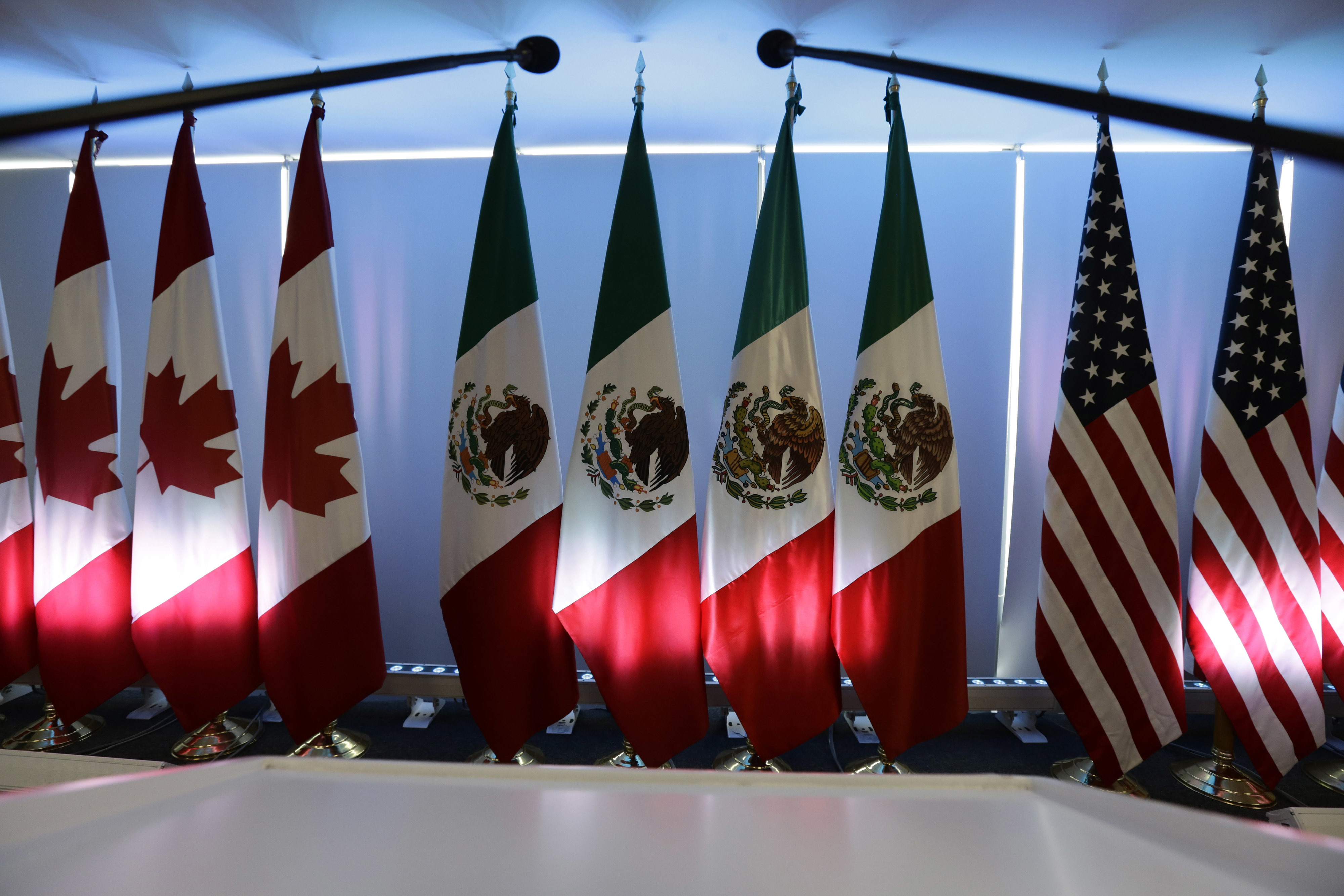 The North Atlantic Free Trade Agreement was the final straw that broke my commitment to the Democratic Party, writes Lola Peters. (Marco Ugarte/AP)

I broke up with the Democratic Party a couple of decades ago. It was one of the most difficult, drawn-out endings in my life.

My parents were party movers and shakers in the Bay Area. My first political campaign assignment was door knocking, unaccompanied, in my conservative, white neighborhood for the  Kennedy presidential campaign. I was 10 years old.

Back then the party stood in stark contrast to the Republicans. Unions and community-based organizations were at its core, as it fought for public education, living wages, safety in the workplace and environmental responsibility. Always, the focus was on the strength of collective action.

As I matured, the gaps between the party’s aspiration and reality became more apparent. Belief in the intellectual, psychological and economic supremacy of white people still drove much of the party’s decisions. While most obviously evident in the Southern states (see the Democratic Convention of 1964), it took the form of benevolent condescension in the rest of the country, as evidenced by the disparity in application of drug laws and policies, such as stop-and-frisk, while politicians insisted they were doing what was best for communities of color.

Bit by bit the active local participation of African Americans, Asian Americans, Chicanos, Indigenous people, women and LGBTQ activists transformed the party’s organization with demands for equal treatment in housing, employment, voting and the economy. Inevitably this pushed the southern Democrats, known as Dixiecrats, further and further from the new party center into the waiting arms of Richard Nixon’s Republican Party. Using what became known as “the Southern strategy,” substituting euphemisms for race while using race as the dog-whistle to lure Southerners, Nixon captured the 1968 presidential election.

Despite the known and impeachable corruption within the Republican Party, 20 out of the next 24 years saw Republicans in the White House. The stock market soared while everyday people suffered. The economic divide grew. Desperate to win, Democratic Party leaders leaned more and more to the right with each passing election cycle, trying to out-Republican the Republicans, abandoning their non-Southern constituents in the process.

In 1992 they found their perfect candidate. Bill Clinton readily adopted the euphemisms and stereotypes used to demean people of color, women and other marginalized groups. While he spoke of support for those groups, his philosophy of corporate-based economic prosperity negated his words. Following the trend set by Republicans before him, he undermined unions, removing the collective structure providing millions of workers economic stability. His health care proposal was rooted in ensuring success for insurance and other health care corporations. He championed charter schools, willing to take money away from struggling public schools rather than finding ways to strengthen them and create greater accountability within them. His education plan was based on the philosophy of broken children, rather than ordinary children trying to survive a broken system. The three-strikes provision of his crime bill gave local jurisdictions license to use the smallest excuse to use incarceration as a bludgeon. All of these policies abandoned the fundamental Democratic Party aspiration of putting the needs of the common person first.

And then came the proverbial straw that broke the camel’s back, the North American Free Trade Agreement (NAFTA). I had been to Ciudad Juárez, Mexico, on a fact-finding trip with the National Council of Churches Racial Justice Working Group. I had seen where entire blocks of dirt-floor homes occupied by generations of a family had been razed overnight, without warning, to build a walled McMansion for the executive managing an American manufacturing plant. I had heard from local workers from that plant who had no collective bargaining and no worker protection laws to ensure their safety. I had witnessed the fear in others who had lived on their land for generations, only to be told they would be displaced by new, American-based manufacturing plants because they had no written deed.

Though NAFTA was created by George H.W. Bush, Clinton signed it into law. He promised NAFTA would bring jobs to the U.S. We now know it did the opposite. He promised greater economic prosperity on both sides of the border, but forgot to mention who would prosper and whose economic conditions would decay. In Mexico, as in the U.S., the rich got richer and the poor stayed poor. No, it’s worse than that. The rich got richer and those who had sustainable lives lost their ability to support themselves and their next generations, both in Mexico and the U.S.

After NAFTA, I became an independent voter. Neither Republican nor Democratic Party philosophies were grounded in the collective vision set out by the preamble to the Constitution of our country. While I continued to support individual, local Democratic candidates who reflected my values, I gave no support to the party itself.

Now I watch as Elizabeth Warren is politically “disappeared,” and no one in the party stands up for her right to be seen and heard on an even par with the men in the race. Whether or not she is your candidate, she has a right to a level competitive field, but ever since she put Michael Bloomberg in his place and began to move up in the polls, she has been silenced. NBC’s March 3 Today Show did a segment on the lack of ethnic and gender diversity at this stage of the race and didn’t mention Warren’s name once until the very end, and then only in relation to what Bloomberg, getting lower polling numbers than her, was doing. Where is the voice of the party on this? Where are the voices of all the male “woke” candidates? Every professional woman I know has had the experience of being the ignored, and often right, voice in the room. Why aren’t women of the party insisting Warren at least be treated equally by the media? Happy Women’s History Month.

So here I sit, ahead of Washington state’s primary election, staring at a ballot that requires me to “declare that my party preference is the Democratic Party, and I will not participate in the nomination process of any other political party for the 2020 Presidential election.” It’s not a loyalty oath, thank goodness, but it comes close and it stinks. Too bad the parties don’t allow independent voters to participate as independents so each party could gain a realistic idea of whose support they could count on in the general election.

At the 2016 Democratic caucus in my West Seattle precinct, one of the party regulars, a former school board member, looked around the packed West Seattle High School auditorium and declared, “These people will disappear after the election. They’ll never show up to any precinct meetings or do any of the work.” She walked away, clearly agitated. I thought, “Don’t you want to know why they don’t show up? Don’t you want to know what would inspire them to show up like they are right now?” Then I remembered the name of the organization my father chaired, East Bay Democratic Club. Club is the key word. It’s a private club and operates very much like one.

Because the candidates I believe in, more than any other on the ballot, are in that party, I will check the little box promising not to vote for any Republican candidates. I know I still don’t belong, but maybe the party will elect one of them without shenanigans and prove me wrong.

Whatever your inclinations, please do vote, and remember to check that annoying little box on the outside of the envelope, right above your signature.