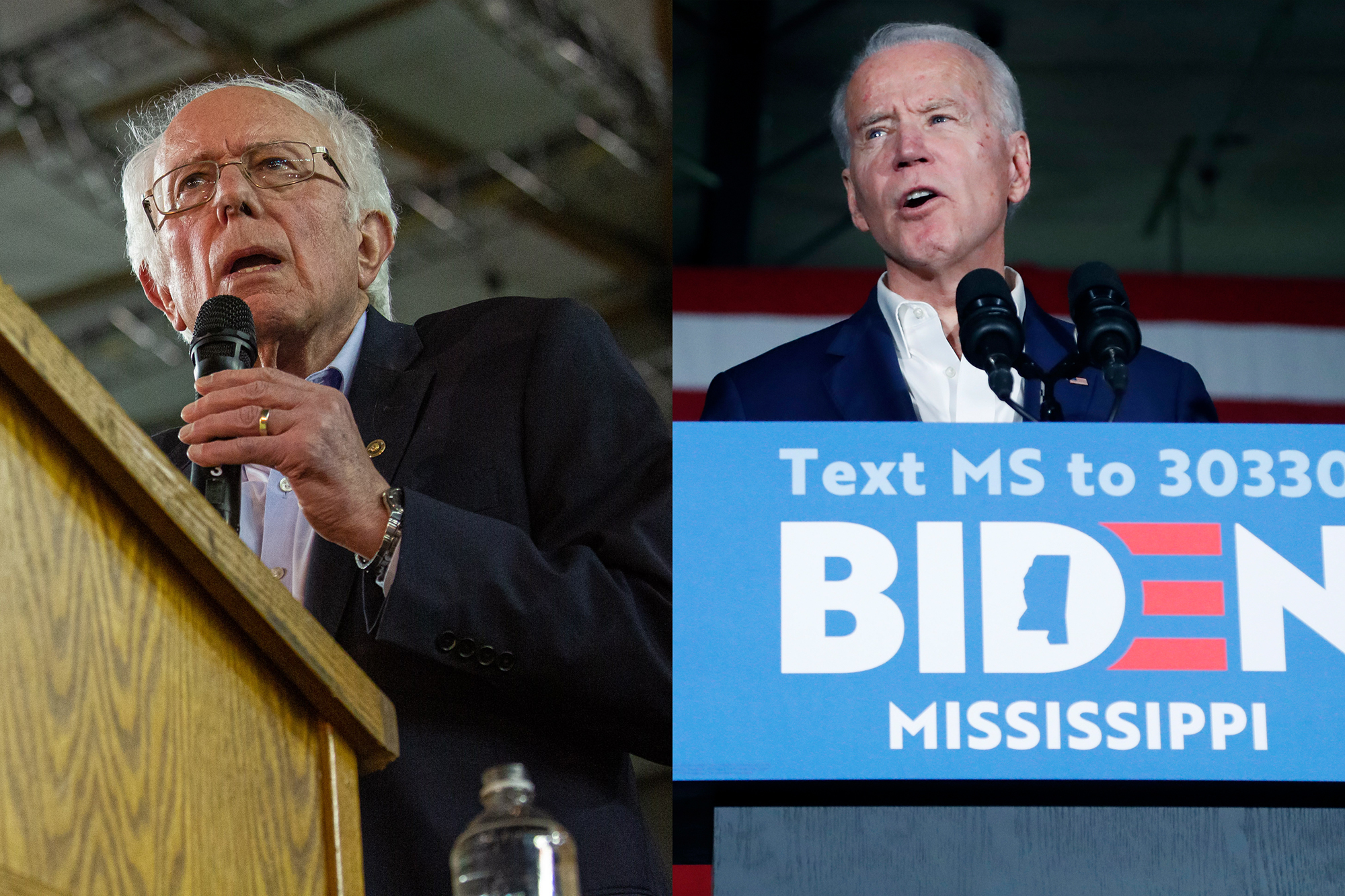 Washington Democratic voters have seen the field of candidates dwindle down to two frontrunners for the nomination. (David Ryder for Crosscut; AP)

Between the time her Washington presidential primary ballot arrived in the mail and when she picked up a pen to vote, Teresa Robbins went from excitement to disappointment.

The 71-year-old from Washougal in southwest Washington had been excited to help make history by choosing a woman to be the Democratic nominee. But all her preferred candidates dropped out of the race, and she, like many Washington voters, reluctantly voted for one of the “two old white guys.” Those are her words for Sen. Bernie Sanders and former Vice President Joe Biden, the two men who were still in the race after Super Tuesday and who still had a chance to win the nomination.

Her optimism was reflected in the Crosscut/Elway Poll, conducted days before Washington’s primary ballots were mailed. Her resignation may be seen when the actual ballots are counted starting Tuesday.

“I’m thoroughly disappointed in the American populace for not having enough guts to vote for a capable, competent woman,” said Robbins, who told pollsters before the primary began that her first choice was Sen. Elizabeth Warren, and her second choice was Sen. Amy Klobuchar.

In the end, she voted for Sanders, who just edged out Biden in her mind, but the retired behavioral consultant says she has a feeling the Democratic nominee will be Biden when the party makes its choice this summer. She’s hoping the nominee will choose a woman for his vice president.

Despite having some disappointed voters who felt their choices narrow before they could vote, Washington may actually have more influence over the Democratic choice for president this time around, since the state moved up its presidential primary from May to March for that reason.

When Washington voters were asked their preferences in a poll conducted Feb. 15 to 18 — right before the primary ballots were mailed — 21% said they planned to vote for Sanders, 15% favored former New York Mayor Michael Bloomberg, 11% were for Warren, another 11% preferred Klobuchar, 10% were for Biden and 9% were planning to vote for former South Bend, Indiana, Mayor Pete Buttigieg, with 22% saying they were undecided. Four of those candidates have since dropped out of the race.

A KING5/SurveyUSA poll conducted since Super Tuesday showed Biden and Sanders virtually tied in the Washington contest. But as pollster Stuart Elway points out, this means Sanders has gained 15 points since the Crosscut/Elway Poll, and Biden has gained 25 points on ballots turned in so far. Late deciders appear to be breaking for Biden as they have in other states, Elway said.

Some voters don’t care what the polls show or who is still in or out of the race.

Kate Baker voted for Warren and turned in her ballot before the Massachusetts senator dropped out.

“I’m still absolutely happy I voted for her and had the opportunity to do so,” said the 37-year-old from Seattle. “I don’t regret my vote at all.”

Baker, a neonatal nurse practitioner, said she would really love to see a woman in the White House but, more than that, this particular woman. Warren continues to inspire her, even though the senator probably won’t be the nation’s first woman president.

“She made it OK to speak your mind,” Baker said, adding that Warren also demonstrated that intelligence is not a liability for women politicians, and showed that leadership means giving back to the community and caring for the less fortunate. Baker said she has been a Warren fan for decades, but is prepared to vote for any Democrat for president.

“At this point, it goes without saying, I would really love to see a Democrat, any Democrat in the White House,” she said, adding that she is leaning more toward Biden over Sanders right now because she thinks he can build a wider coalition. “I wouldn’t say I’m particularly thrilled with either.” 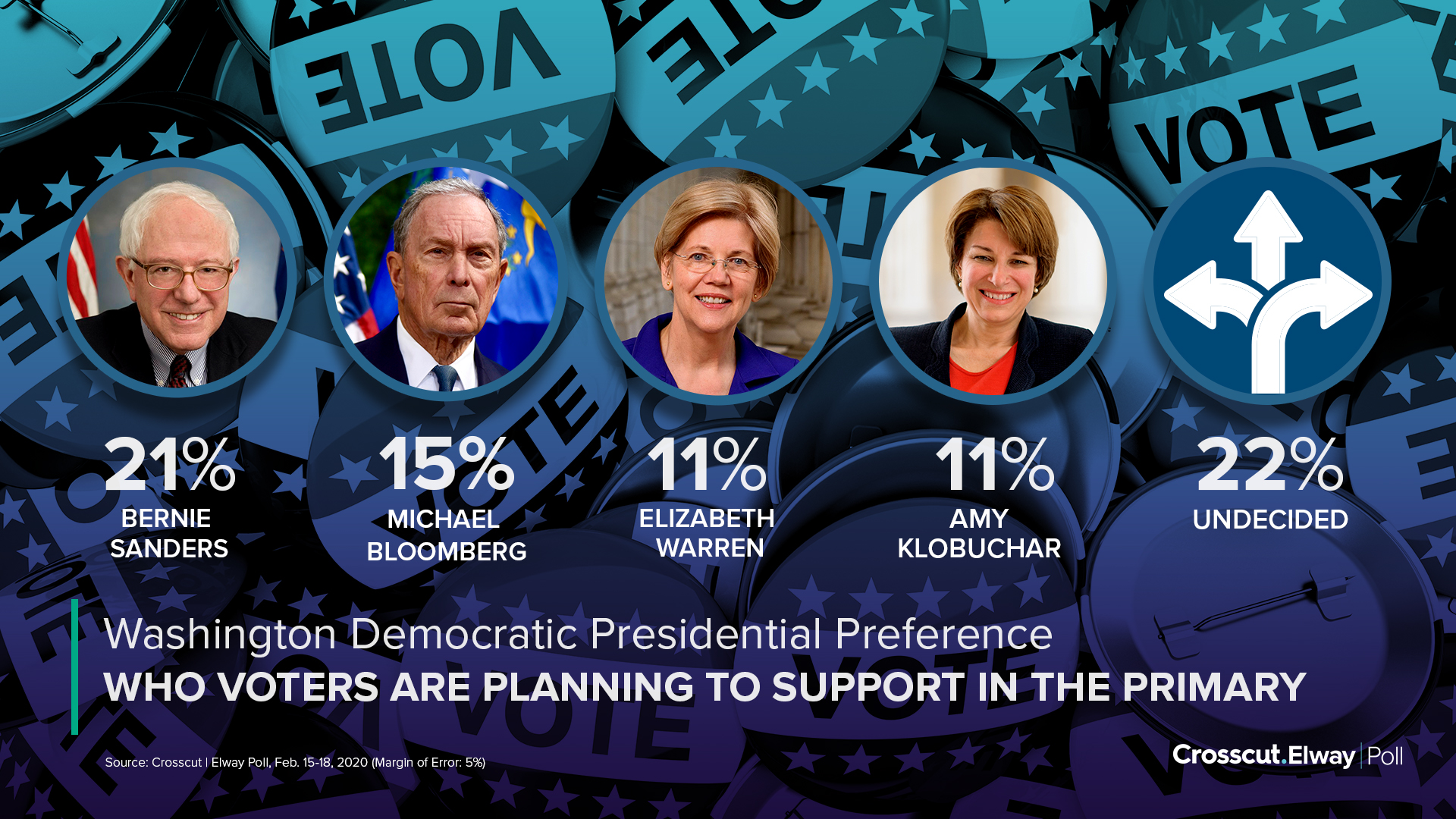 The Crosscut/Elway Poll found that most — but not all — of those who participated would vote for whoever wins the Democratic nomination.

Among the least likely to support the eventual Democratic candidate were Sanders voters, 21% of whom said they may vote for a non-Democrat or not vote in November if they don’t like the party’s choice. In contrast, 98% of Warren's supporters said they would vote for whichever Democrat runs against Trump.

Timothy Stokes voted for Buttigieg in the primary, a few days after his ballot arrived, but says he will vote for whomever the party chooses this summer. If the choice was up to him, the 50-year-old, who lives in Tacoma and works in Olympia, says he would pick Biden because he thinks the former vice president would be more likely than Sanders to get his policies through Congress.

Biden more closely aligns with his values and seems more pragmatic and reasonable, said Stokes, who is a political scientist and president of South Puget Sound College in Olympia.

“I will support the nominee, whoever the nominee is,” he said, adding that the party will have to raise a ton of money to defeat Trump.

People will also have to get off their couches and vote, Stokes added.

“There’s a lot at stake in this election. I don’t think we can take four more years of this," he said. 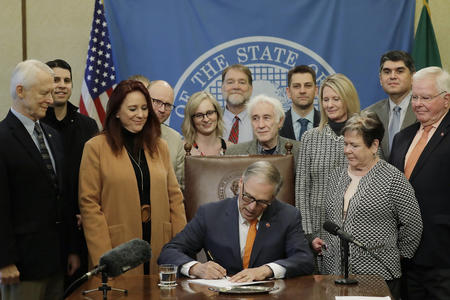