COVID-19 has closed the Space Needle, but it's still a beacon for Seattle

The iconic symbol of the future now stands in solidarity with our isolation. 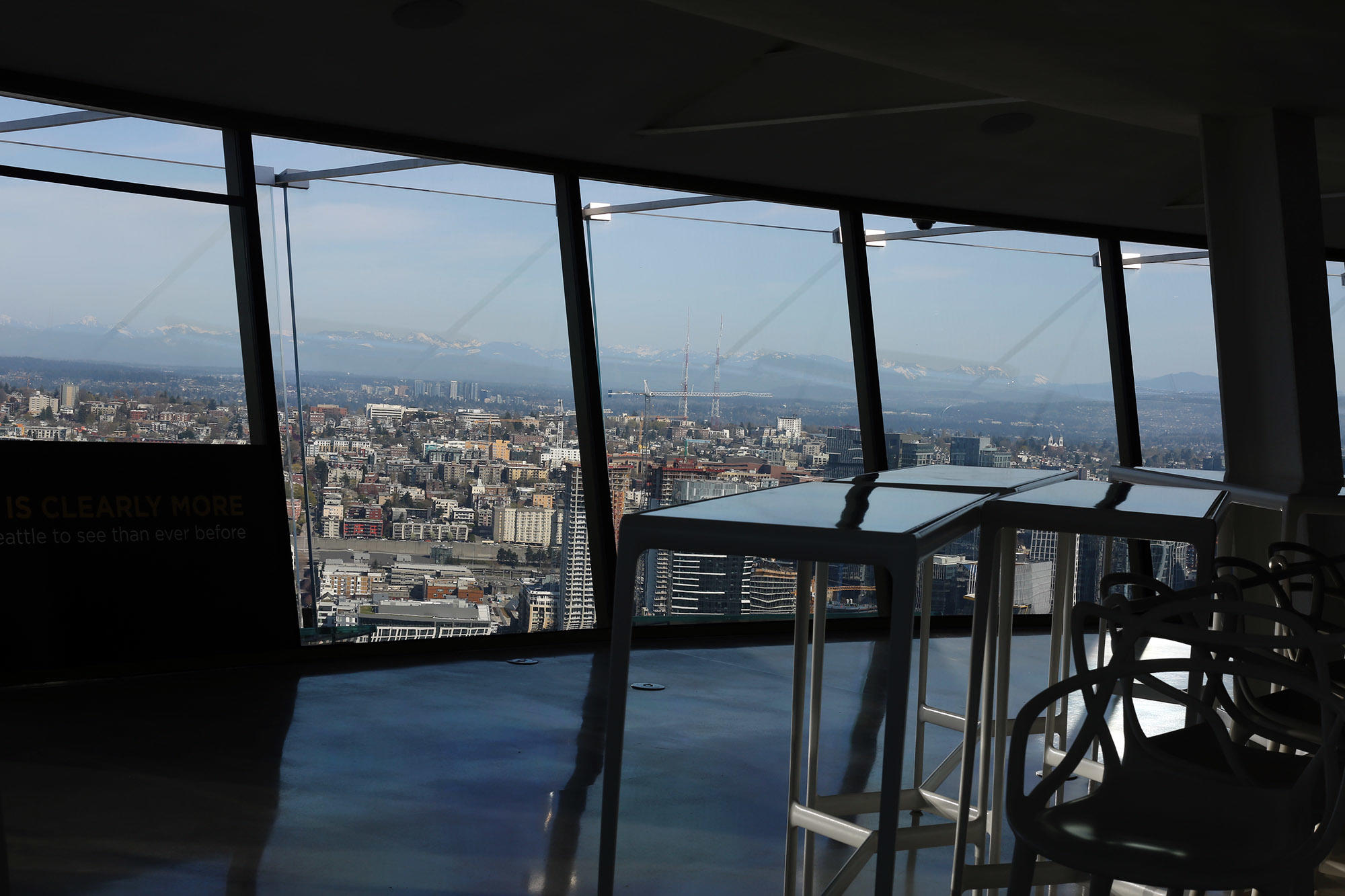 The Space Needle's observation deck is normally packed with tourists, but the landmark attraction shut down nearly a month ago as a precaution against the spread of the highly contagious COVID-19. (Shaminder Dulai/Crosscut)

We’re 20 years into Century 21 — the theme of the Seattle World’s Fair – and while some wild ideas were presented at that forward-thinking event, we never imagined the future would look quite like this.

As Seattle fights the coronavirus, the Space Needle still stands as tall as it did for its 1962 debut — but now it’s dark. On a recent spring day, when the Needle would normally have been packed with tourists, it stands empty, virtually mothballed. The interactive exhibits are shut off, the gift shop is closed and the merchandise is in storage, the restaurant’s rotating floor has wound down to a stop. The ticket office is closed. You can see the Needle, but you can’t go in, or up.

The Needle is a ghost town in the sky.

It wasn’t supposed to be this way. After a multimillion-dollar renovation — opening up the observation deck view via glass panels, installing a rotating glass floor at the restaurant level and updating nearly everything in the Needle for the long haul, including some seismic strengthening —the Needle is instead shuttered and silent.

The recent sprucing-up was part of a plan to renew the Needle for the next couple of generations. As of this spring, the project isn’t nearly done. The next phase includes a new restaurant and lounge in the making, a fabulous and spacious new kitchen has been installed and a plan to replace the elevators underway. Visitors had already started flocking to see the new and improved landmark.

But coronavirus has brought everything to a halt for the time being. When I visited last week for a private tour with Needle CEO Ron Sevart (we are two of only three people in the entire structure at the time), two of the three elevators are shut down. Only the slow one, used for maintenance, is available to run staff up and down the tower. The Needle’s employees have mostly been laid off, or are working at reduced pay. With no paying customers, there’s no alternative.

“It’s a surreal experience, being so void of the normal hustle and bustle in and around the Space Needle,” says Sevart. Things would normally be brisk and crowded, as the Needle enters its busiest season, with summer visitors and the cruise ships coming into port. Over a million passengers a year pass through town.

The Needle will endure, but the future is full of questions. When will people feel safe to be in crowds, to ride cruise ships, to press themselves against the new glass walls and take carefree selfies? How will the Needle have to retool the visitor experience with public health in mind? The pandemic leaves questions for the Needle’s caretakers to ponder.

On the day I visited, the view from the Needle is beautiful, but inside the observation level it is eerily silent. Outside, Seattle’s streets are long strips of concrete with no cars. It looks like a scene from The Day the Earth Stood Still, or a town evacuated. A single ferry moves across Elliott Bay, a couple of container vessels ride at anchor. But there is only the wind and a dull distant hum of a city on idle.

I used to have a desk at the Needle while I wrote its 50th anniversary history back in 2011-12. The O-deck often felt crowded and full of excitement. I met old-timers who had come through Seattle as young military officers and were revisiting the Needle 40-some years after shipping off to Vietnam. I met cruise ship passengers about to embark on the trip of a lifetime to Alaska, and new Amazon employees coming up to get the lay of the land of their new city.

But on this day it feels like an empty church, all-too-familiar architecture but no one in the pews. And below, the city barely moves, cranes still, the highways near empty. There is no apparent boom in the boomtown of just a couple of months ago.

From above, the neighboring Seattle Center buildings take on new aspects. The shuttered Pacific Science Center looks especially empty with the water drained from the pools that once made it a Space Age Alhambra. When will kids once again be inspired by the glories of science, as Paul Allen was when he visited the science pavilion at the 1962 fair?

Key Arena is quiet, too, the roof literally suspended like much of the construction work remaking the sports complex underneath. Will the economics of such facilities change? Will the Kraken or Sockeyes or Sonics play there in front of massive crowds as hoped for? Will cotton masks become the new sports swag for fans?

Across the street from the Needle sits the empty parking lot that used to be home to Ride the Ducks, the omnipresent yet troubled business whose model of quacking for success evaporated with the influenza. The business is bankrupt, and the ducks have flown for good, it’s said.

The Bill and Melinda Gates Foundation now resonates with even more local significance as Bill and Melinda are putting millions into finding a COVID-19 vaccine and building factories to develop one or two that do the trick. Suddenly, the skills honed while helping to eradicate chronic disease in the developing world are highly relevant here at home. The distance between developed and developing nations has suddenly shrunk.

But the Needle has survived previous disruptions. It was first challenged by the extra-tropical cyclone known as the 1962 Columbus Day storm, which lashed the region with hurricane force winds. The building swayed, and an elevator got stuck, but it came through the storm, which reassured Seattle that it wasn’t going to topple easily.

It rode out the 1965 and 2001 Nisqually quakes with no more than a few broken bottles. The Needle was forced to shut down when the threat of terrorism loomed at the turn of the millennium, but got back on its three feet quickly, as it did post-9/11, when it was said to have been an Al Qaeda target. It rode out the Great Recession. The Needle has endured along with the rest of Seattle.

It has been a place where we collectively bring our joys, our celebrations, our memories. It engages us in the city, and generates the whirl of wonder for visitors getting the grand, eagle-eye view of urban change — which the Needle documents with its 360-degree camera on the roof. It still flies flags that promise hope, like the current #WeGotThisSeattle banner. Ron Sevart says he “can’t wait until we’re all safe again and ready for Seattle to visibly come back to life, 360 degrees and 520 feet in the air.” No one knows yet how long that wait will be.

Conceived as a symbol of hope in the future, the Space Needle represents building a better world, a world of vistas, not walls. It might be dormant now, but that message endures, embedded in its origins and its form. The Needle will find a path forward, as will we all.

Knute Berger has served as consulting historian for the Space Needle. 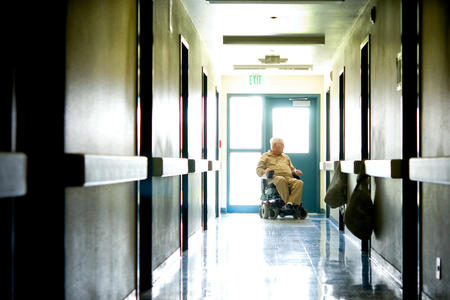