Meet the Anthony Fauci of 1918 Washington

Dr. T.D. Tuttle was Washington's Health Commissioner during the 1918 flu. He wasn't always popular — even when he was right. 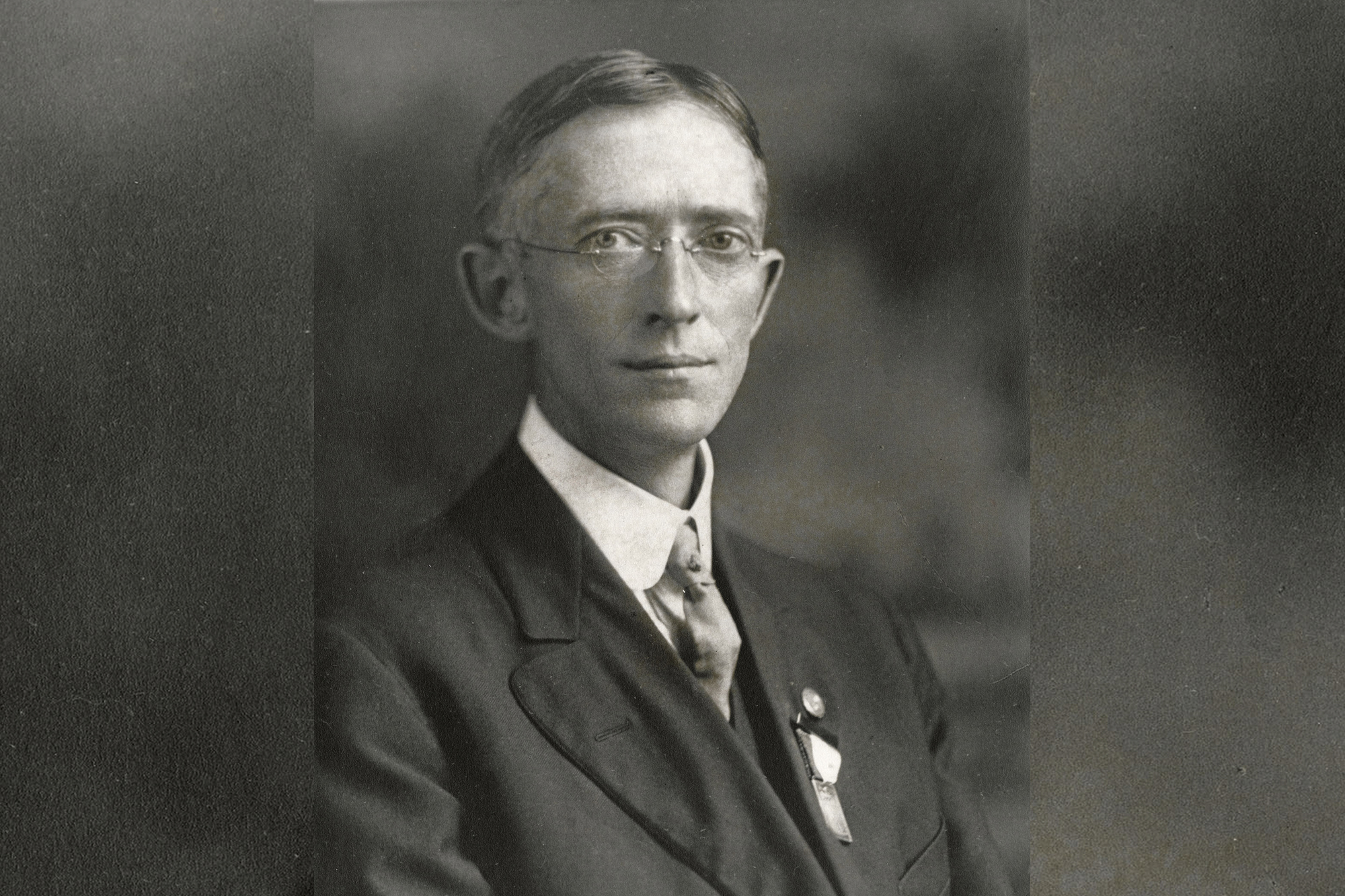 Your country and state are in the middle of a major pandemic. Tough measures are being undertaken as the death toll mounts. Public events are canceled and hospitals are overwhelmed. It’s tough to get a handle on how the spreading virus works, but you throw at it every tool you can think of. Suddenly, in the middle of it all, the chief medical officer in charge is fired. Is it incompetence? No, it’s politics, of course.

That’s what happened in Washington state during the Spanish influenza pandemic of 1918-19. The head of the state’s public health effort was Health Commissioner Dr. T.D. Tuttle, an experienced medical man brought in from Montana, where he had headed that state’s tuberculosis sanitarium. He arrived in 1915. His job was to steer Washington’s public health course, to contain contagious diseases like typhoid and smallpox, and to advise on sanitary conditions and health-related science and spending. He was, in effect, our state’s Dr. Anthony Fauci, the current director of the National Institute of Allergies and Infectious Diseases. At the time of Tuttle’s hiring, Democratic Gov. Ernest Lister indicated that the hire would not be tainted by politics.

As Spanish flu hit the region in the fall of 1918, there was a lot of denial. Health officers at Camp Lewis insisted their sick soldiers simply had the plain old flu, even though the Spanish flu was ravaging barracks, camps and Navy ships elsewhere in the country. It soon became clear that it was spreading rapidly in Seattle, where Tuttle was based. In early October, authorities with the city and King County banned public events, mandated masks be worn, and allowed only essential businesses to remain open. Tuttle and Lister later issued a state order to the same effect. It worked well, until the rules were relaxed in November after about six weeks of shutdown. As a result, a second wave of Spanish flu took hold.

At the same time, influenza was spreading around the state. Rural communities were hard hit. The virus got there late, but often sickened more people. Perhaps urbanites had greater immunity because of exposure. That was one theory. Tuttle and other medical people were baffled by that observation and had other questions: Was the virus contagious when people were asymptomatic? Why did masking seem to work well in San Francisco, while Los Angeles did just as well without masks? A vaccine for pneumonia — a very fatal consequence of the Spanish flu for many — was being used, but was it working? Would the flu come back strong in the winter of 1919-20?

Dr. Tuttle tried to find answers and relay the best advice from national public health officials and scientists to local health officials. As is the case today, pushback on some of the remedies was strong. The business community did not like having its doors closed, citizens did not like being kept out of moving picture shows or told they couldn’t have dances or hang out in ice cream parlors. Quack remedies flourished.

In December 1918, Tuttle traveled to Chicago for a conference of public health officials — over 900 from all over the country — to find answers. The U.S. had just won World War I, and now could turn its full attention to the pandemic. The Chicago Tribune headlined the conference: “Doctors of U.S. Open Campaign to End Flu.”

Tuttle returned from the conference without firm answers. “The character of this disease,” Tuttle wrote after getting back, “is that we are in the dark, to a large extent, as to a means that will prevent its spread.” But he knew that the early isolation measures in Washington had helped. He’d seen it work.

The state had moved on from those measures. New Year’s parties were back on, along with banquets and other holiday celebrations. The Rainier Club reinstated its New Year’s ball after a one-year wartime hiatus. War bond events and celebrations of the Armistice continued. The flu numbers started tracking upward again.

For Tuttle, a looming concern was the upcoming legislative session in Olympia, where people from all over the state would be gathering, often in close press-the-flesh politician and lobbyist mode. A major feature was the Legislative Ball that kicked off the political and social season in the state Capitol. A series of other fancy balls often followed.

In early January 1919, Tuttle told the mayor of Olympia to shut the ball down. “The trouble with dancing,” Tuttle told The Seattle Times, “is that people get their faces too close together. Influenza, we know, is transmitted from the mouth and nose and dancing is the most dangerous pastime we know.” That, he knew, was one medical certainty. The Times advised, “those going down to Olympia on festal occasions might as well leave their evening clothes at home this winter.” The Washington Standard newspaper lamented in turn, “For the first time in the history of the territory and state there will be no formal reception and ball welcoming legislators.” The paper hoped for the return of “gaiety” to Olympia’s political and social doings.

Read more: Premature optimism in a pandemic can be deadly

The Olympia Chamber of Commerce was none too happy. The town claimed its influenza problems were not that bad. Still, the ball and reception were officially postponed. Tuttle then sought to limit public gatherings — those who went to the theater could sit only in every other row, for example. People who sneezed or coughed in public were to be removed, and limited quarantines, designated with “Influenza” signs, were considered at homes or businesses where disease lurked.

It was less stringent than Seattle’s shutdown had been, but still, Tuttle wanted to demand distancing in a town that thrived on up close and personal political hobnobbing. Another controversial Tuttle demand was to suggest limiting the number of people in the Capitol’s House and Senate galleries, cutting the capacity in half and requiring tickets for entry. This would have severely restricted the legislative show for the public.

The Olympia City Council rejected the bans. The Thurston County Health Board, aided by other anti-shutdown politicians, rallied in Olympia’s defense and rejected Tuttle’s rules. The influenza wasn’t so bad there, they claimed — only 75 cases in the first week of January, heading down to fewer than 50 in the second week, and only five fatalities in that time. Tuttle didn’t believe those numbers were sufficient to ignore precautions. Thurston County’s commissioners declared that they wouldn’t obey rules that didn’t apply to the whole state.

A meeting of the state Board of Health was called, and its members officially voted down Tuttle’s plan. In early February, Tuttle was fired in executive session, three years into a five-year appointment. Despite Lister’s hope that politics wouldn’t intrude on public health — well, it did. Not only that, but the legislative ball was back on immediately, with a series of other balls to follow. Olympia society was irrepressible.

Tuttle had made some enemies in making tough decisions during his tenure, and he was bound to. He had lobbied for more public health spending and had been critical of many local communities’ lack of spending on it. But with science up in the air on many issues and people wanting a return to normalcy after the war, shutting down cities was not a way to win popularity. The Times reported that Tuttle was “dropped” in “the interests of harmony.”

The pandemic began winding down, though tragedies were still to come, including the death of the Montreal Canadiens’ star hockey player from Spanish flu during the Stanley Cup finals in Seattle that March. Most of the Seattle Metropolitans and the Canadiens came down with the virus, forcing the cancellation of the finals.

In a report written by the time Tuttle had returned from Chicago, he warned that Washington was still in the middle of the pandemic and expected two or three times as many deaths to come. He was right. By the end of 1918, about 2,000 deaths from the pandemic had been reported; the overall death toll wound up being closer to 6,000 statewide.

Tuttle did not remain jobless, however. He was immediately put to work at the U.S. Public Health Service in Tacoma, and then on April 1 he was appointed the head epidemiologist of the state of Kansas, where many believe the Spanish flu began. He had a long and successful career in public health thereafter in Western states. He survived the pandemic despite running into Olympia’s determination to party amid a plague.