More trouble for Hanford site after review of tunnel collapse

While most Americans are focused on COVID-19, people in Eastern Washington also worry about poor maintenance at the infamous nuclear site. 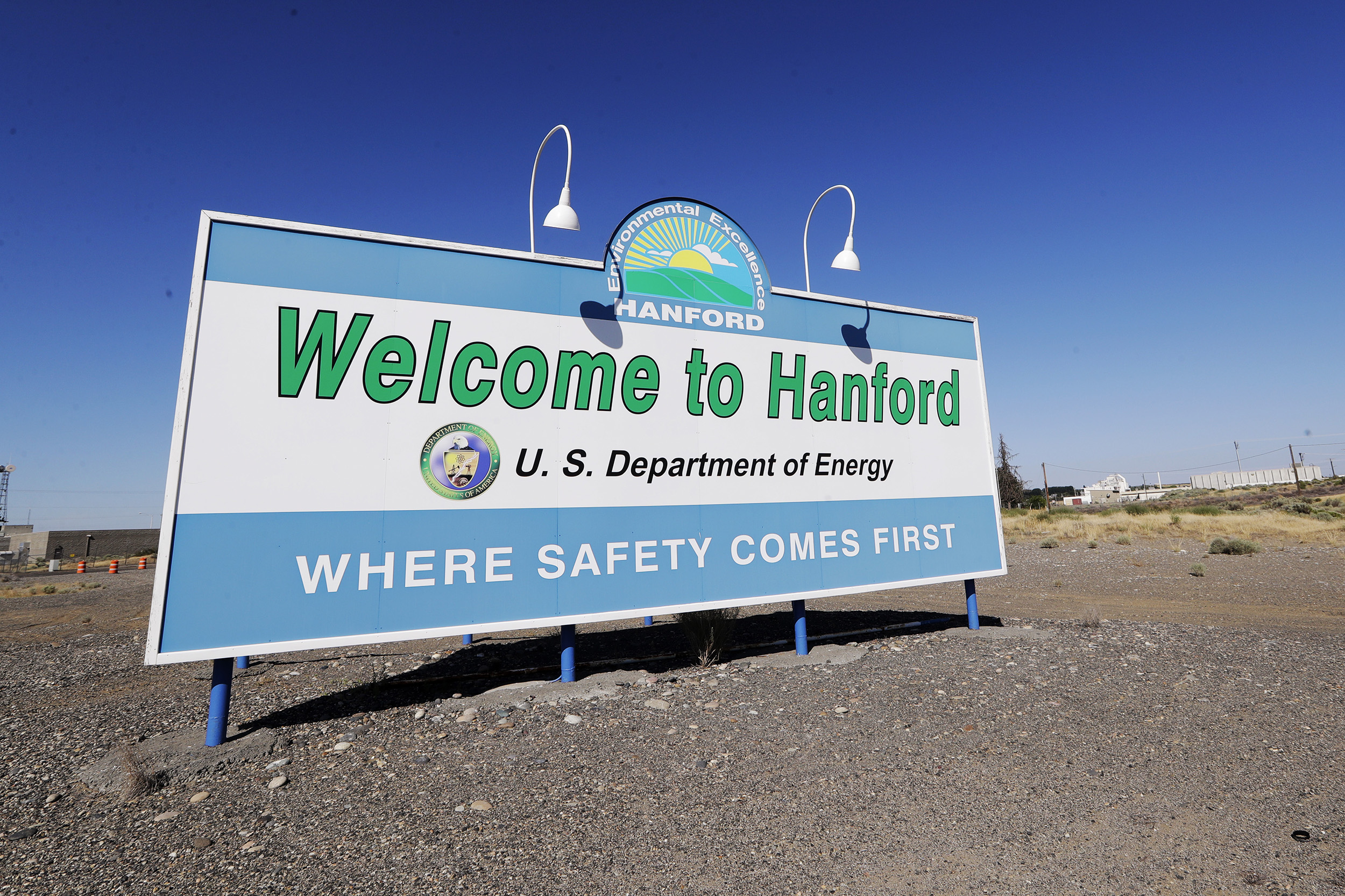 In this photo taken Aug. 14, 2019, a sign is posted at the Hanford Nuclear Reservation near Richland, Benton County. (Elaine Thompson/AP)

While most of America was entirely focused on the coronavirus crisis, some government officials and watchdog groups expressed concern about a potential new threat to the health of people in Eastern Washington.

After a deep look at infrastructure maintenance records at the Hanford Nuclear Reservation, following a tunnel collapse three years ago, the General Accounting Office found upkeep has been spotty over the years.

Members of Washington and Oregon’s congressional delegation asked the GAO to look into the maintenance records after the U.S. Department of Energy investigated the May 9, 2017, collapse of a tunnel holding eight rail cars carrying obsolete radioactive equipment in central Hanford. Nothing radioactive escaped, but the repairs cost about $10 million.

The Energy Department found that the incident resulted from rotten timber, but it did not look into why no one noticed the rotting. Last year, the GAO was asked to find out if Hanford was adequately checking the rest of its radioactive Cold War facilities to see if other collapses may be likely.

The GAO’s verdict: Surveillance and maintenance of old radioactive buildings are shaky at the Eastern Washington site. The master plan for routinely inspecting Hanford’s facilities is not followed very well, increasing the chances of more surprise collapses, the report said.

In fact, the Energy Department’s Richland operation has not been following several department plans for systematic inspections of facilities at high risk for deterioration, the GAO report said.

In other non-COVID-19 news: Seattle takes another look at a business tax

But the operation has done some work to address these deficiencies. That work includes commissioning an engineering team to evaluate the structural integrity of other tunnels and building that may pose a threat of collapse. But this structural integrity work is not comprehensive and doesn’t include all facilities that could be at risk of structural failure, the report said.

Meanwhile, the Washington state Department of Ecology is keeping close tabs on Hanford’s cleanup and safety.

“We are looking at the GAO report to see if there are opportunities to improve the program,” said Theresa Howell, an Ecology Department official working at Hanford.

Federal officials at the Richland operation did not respond to requests for comment.

In its written reply to the GAO, the Energy Department said it would study the inspection-oriented causes of the PUREX tunnel collapse by Dec. 31. It also said it would provide orders for its contractors to start addressing the shortcomings in conducting systematic and timely inspections of Hanford’s facilities.

Created during World War II, Hanford is a 580-square-mile complex of reactors and chemical processing plants that created plutonium for this nation’s atomic bombs. In 1989, the 586-square-mile site officially  switched from production to environmental cleanup of hundreds of billions of gallons of radioactive and chemical wastes, while tearing down gigantic and small buildings laced with radioaction. It is considered the most radioactively contaminated site in the Western Hemisphere.

In the early 1990s, a worker was killed when the roof of a defunct Hanford production plant collapsed beneath him.

Not counting the site’s 177 huge underground radioactive waste tanks, Hanford has 826 facilities left from its original 1,715 buildings, which range from tiny to the size of a 1,000-foot-long battleship.

The GAO investigation examined 18 major Hanford structures for how well they were being checked for deterioration. The 18 included six of Hanford’s nine defunct plutonium reactors, a long-closed research reactor and two monster chemical plants that converted plutonium-laced materials into pure plutonium.

The GAO found Hanford did not have an adequate grasp on five of those 18 defunct facilities. All five are in the center of the site and are on top of Hanford’s worst subterranean contamination. These  are:

• The PUREX plant next to the tunnel that collapsed in 2017. This 63-year-old structure is one of the former, battleship-size chemical plants. It has a garage-like bay inside that is slightly smaller than a battleship. A huge crane runs the length of this highly radioactive “canyon.” Various Hanford reports say this canyon has not been inspected for physical integrity for at least 14 years — if not more. Its cleanup — likely being buried under a huge manmade ridge — is scheduled to be completed by 2047.

• The REDOX plant. At 67 years old, this is a big former chemical processing plant, but smaller than the PUREX structure. Its interior has not been inspected for more than 50 years, and its cleanup completion is scheduled for 2076.

• The 216-Z-9 crib. This is a big, 20-foot-deep trench of radioactive waste — including 106 pounds of plutonium — with a roof supported by concrete columns on top. Inspections consist of looking at the top of the roof and peering down a staircase. The underside of the roof and structural integrity of the structure have not been studied. This 64-year-old spot is supposed to be cleaned up by 2034.

• Plutonium finishing plant 241-Z-361 settling tank. This underground concrete-reinforced tank is severely deteriorated. It holds 98 cubic yards of radioactive waste, including 64 to 154 pounds of plutonium. This 71-year-old  tank is scheduled to be cleaned up by 2028.

• 224B concentration facility. This is a small 76-year-old building with a canyon-like interior. Maintenance on it was last done in 2008. No structural engineering study has been completed. It is due to be cleaned up in 2039. 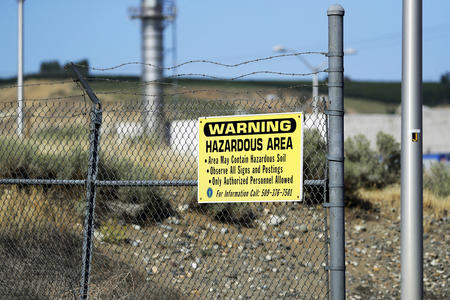 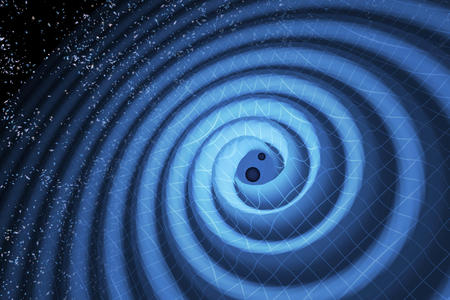 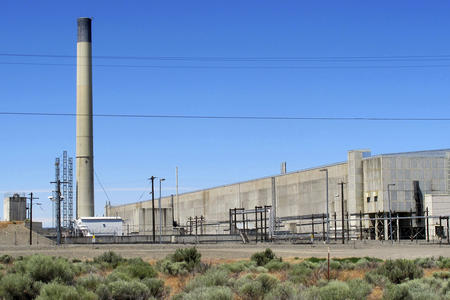 by / July 11
Article continues below