In Washington and beyond, armed demonstrations to open the economy signal a dangerous appetite for political violence. 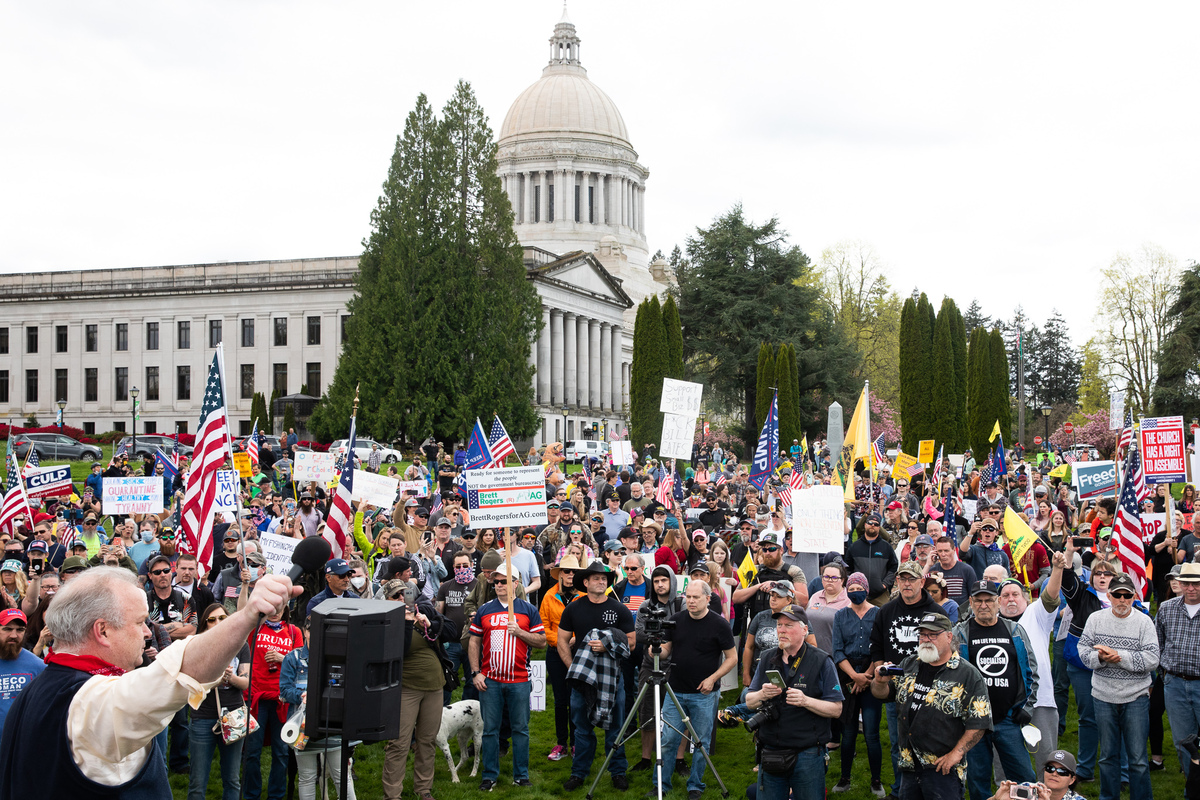 In the past two weeks, Americans have witnessed protests targeted at ending state public health lockdowns. Public protest should always be protected as an exercise of free expression, but aspects of these continuing demonstrations should raise alarm.

First, consider the bold display of guns along with the presence of far-right militia groups. Disturbing photos of men carrying assault rifles suggest meanings far beyond an assertion of the right to bear arms. Instead, these acts create an atmosphere of threat. I read them as a statement about the readiness to use violence as a political tool.

Some speakers made explicit threats. Take, for example, state Rep. Robert Sutherland, a Republican from Granite Falls, who spoke at the rally in Olympia on April 19 with “a pistol tucked into his pants.” Sutherland warned the governor, “You send men with guns after us when we go fishing, we’ll see what a revolution looks like.” He then added, “You send your goons with guns, we will defend ourselves.” At a protest at the Arizona state Capitol, a speaker was recorded threatening violence against Democrats, should they not be voted out of office.

I am not alone among my friends who fear that if Trump loses the November election, violence will follow. In a country that has already experienced multiple deadly eruptions of politically motivated and hate-filled violence, any mixture of a display of armed force with a political event should be loudly condemned. I could find no statements from the network of right-wing organizations promoting the protests that disassociate themselves from the brandishing of weapons.

Never forget how violence has been used throughout history as a technique to terrorize subjected peoples, intimidate opposition, create an atmosphere of crisis and acquire power. Violence should be understood as a crucial instrument of far-right movements. Fascists in the 20th century employed violence with great success.

Second, although stated in a way that relies on plausible deniability, Trump’s tweets calling on protesters to “LIBERATE” Minnesota, Michigan and Virginia should be viewed as incitements to violence. Gov. Jay Inslee got it right in responding that Trump’s statements are “fomenting domestic rebellion” and could “lead to violence.” “We’ve seen it before,” he added.

Yes, we have — from Trump himself on several, well-documented occasions. “I could stand in the middle of Fifth Avenue and shoot somebody, and I wouldn’t lose any voters,” he once declared. Trump wasn’t asserting a legal point that as president he could not be prosecuted; he directly linked an imagined act of violence to his popularity. Last year, he warned that his supporters among the police, military and bikers “don’t play it tough until they go to a certain point, and then it would be very bad, very bad.” On the campaign trail in 2016, he urged people to “beat the crap” out of protesters. At a rally for a state senator in Missouri in 2018, Trump said his opponents “were lucky that we’re peaceful.” Inslee understands that when gun-toting demonstrators are encouraged by the president, they gain legitimacy and momentum. Lone terrorists have already taken the cue.

Finally, we need to ask: “Liberate” from what? Everyone wants the lockdowns to end. The right-wing Trump agenda, however, attempts to turn our collective suffering into resentment directed at Democratic governors. It is one dimension of a larger politics aimed at the so-called “deep state,” claimed to be an oppressive force that robs individuals of their liberties and personal responsibility. Democratically controlled state governments — not Trump’s failure of leadership — are now held responsible for the painful consequences of state efforts to mitigate the pandemic.

At bottom, the radical demand to reopen the economy in spite of public health entreaties relies on an implicit and unstated brutality. How many people would the radical reopeners be willing to “sacrifice?” How many parents and grandparents would be allowed to perish? How many medical workers and other first responders? How many Black and Latino citizens? Are they simply in denial or have they adopted the ruthless logic of social Darwinists and eugenics?  Thankfully, most Americans want the restrictions to continue until safety can be assured.

Let’s not confuse the need to reopen the economy as soon as humanely possible with the crass opportunism of these far-right and Trump-promoted protests. In a life-threatening and life-taking pandemic, our first obligation is to protect the healthy and treat the sick. Social solidarity requires protection of the most vulnerable among us, as well sustainable cash assistance and food aid to the millions of people hurt by the shutdowns.

Lastly, may we embrace the radical hope that the lessons of social solidarity will stay with us beyond our present crisis. Are the demands for economic and racial justice, and preventing climate catastrophe, any less urgent? Or the need to confront those who would destroy our democracy in service of power and greed?

Once again we must reclaim the prophetic voice of Martin Luther King Jr., who in 1967 called upon Americans to end the unjust and life-destroying Vietnam War: “We are now faced with the fact that tomorrow is today. We are confronted with the fierce urgency of now. In this unfolding conundrum of life and history, there ‘is’ such a thing as being too late. This is no time for apathy or complacency. This is a time for vigorous and positive action.” 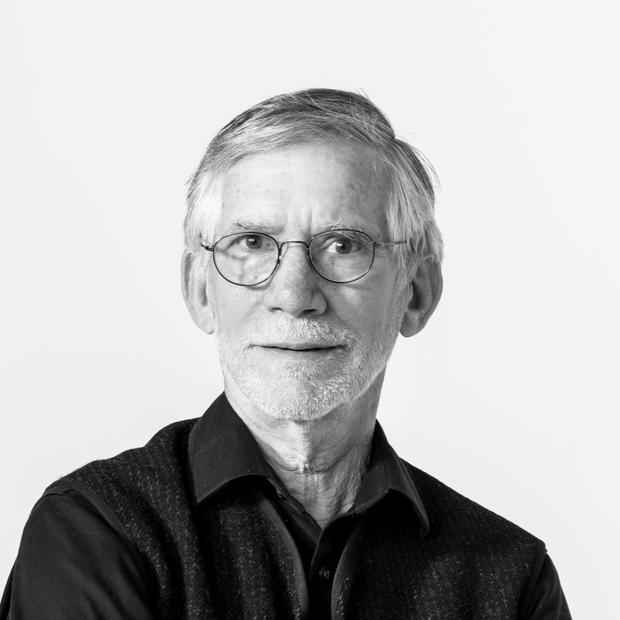 Robert Crawford is professor emeritus at University of Washington, Tacoma where he taught modern history and politics.