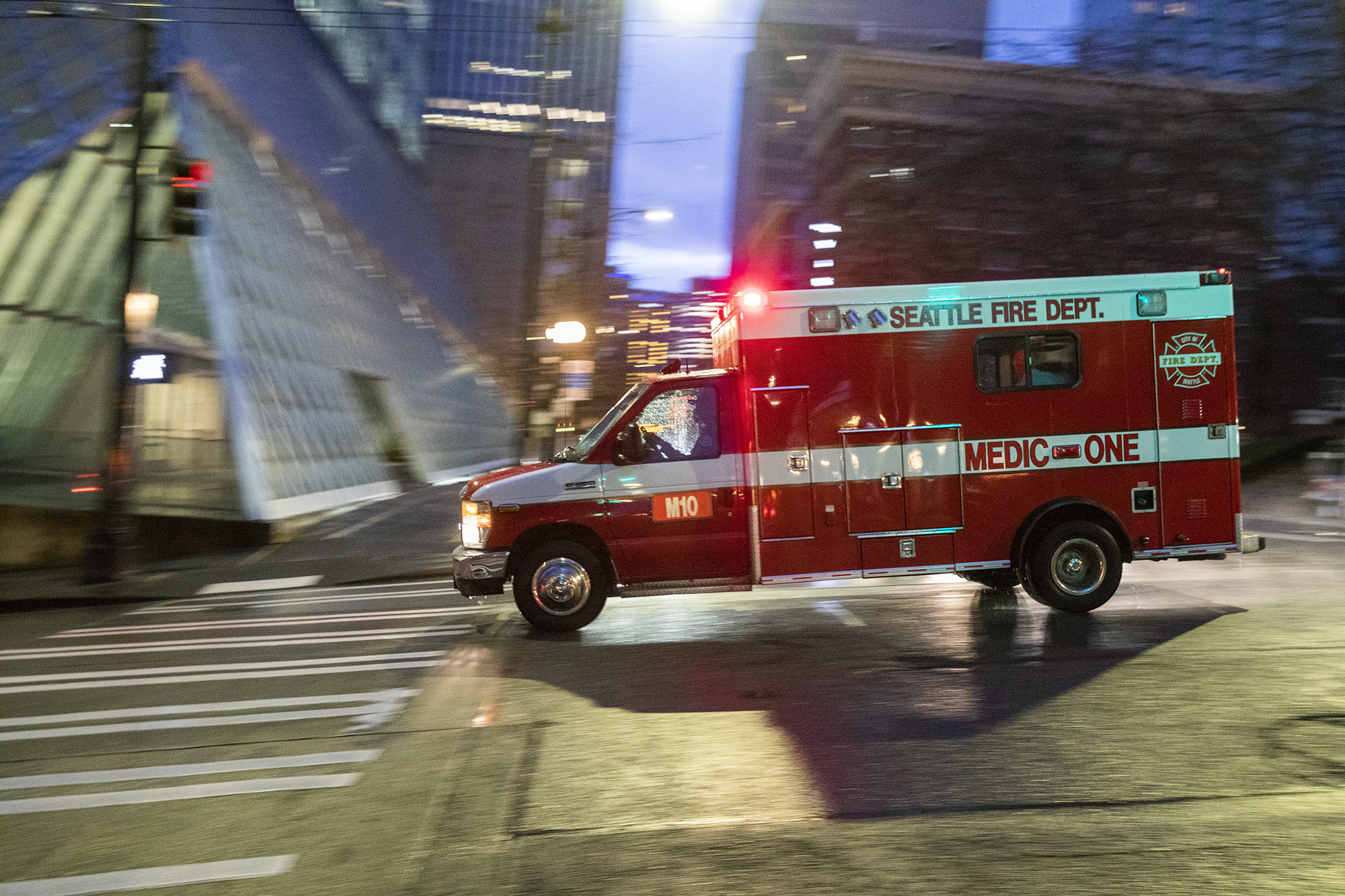 Initial state data shows the people who have died in Washington from coronavirus have been largely white and elderly, but health officials and other experts say the racial disparities showing up in other parts of the country will likely surface here as well.

The disease was initially most prevalent in whiter parts of north Seattle and north King County but has since moved south, where more people of color live. That reality could soon show up in the death statistics.

“The movement of the virus is taking its due course,” said Dr. Jared Baeten, vice dean of the University of Washington School of Public Health. “The change in demographics will come.”

Baeten, an internist and epidemiologist, is confident that this infectious disease like most before it will highlight our society’s socio-economic and racial divide.

More on the coronavirus divide: COVID-19 in homeless shelters

The UW hospital network’s experience maps the movement of the virus in the Puget Sound area. The busiest hospitals at the beginning of the outbreak were in the wealthier suburbs and north Seattle; now Valley Medical Center in south Renton is treating more patients in an area that is poorer and more diverse.

Because a Kirkland nursing home is connected to many of the early COVID-19 deaths, the demographics of that area are reflected in the early county and state data, but people continue to die from coronavirus statewide and as officials gather more information the data is likely to evolve.

When state officials released the first racial data on coronavirus on Friday night, they noted that race hasn’t yet been reported in a third of the deaths. In King County, where the majority of COVID-19 cases and deaths have occurred, the racial data released on Friday only represented half the cases.

Confirmed cases statewide show 23% of people with coronavirus are Hispanic or Latino. The percentage of COVID-19 patients who are Black is also slightly above that population's overall percentage and so are people who are multi-racial. At this point in data collection, white COVID-19 cases make up 56% of those sickened by the virus, while whites make up 68% of the population. Since testing has not been thorough or widespread and most people who contracted the virus but showed only mild symptoms were not tested, its actual reach and the racial breakdown of its victims may never be fully known.

The data also continues to show coronavirus is especially deadly for older adults. Statewide, only 10% of the people with confirmed cases are 80 or over, but 55% of deaths were in that age group. The number who have died is slightly more skewed toward the elderly in King County.

Dr. Jeff Duchin, health officer for Public Health — Seattle & King County, said more data will be needed before he can draw definitive conclusions about the impact COVID-19 is having across racial and ethnic groups in King County.

“Many diseases, including COVID-19, have the potential to disproportionately impact people with serious underlying health conditions and those who are socially and economically disadvantaged,” Duchin said in a statement.

Interviews with people who tested positive might give the county a better understanding of the issue and help officials determine if other actions are needed, he said.

In contrast, data from Illinois shows 43% of the people who have died from coronavirus so far are Black, while 36% were white. Illinois’ population is 15% Black, so the deaths show a largely disproportionate number of that community are dying in Illinois. Michigan numbers are similar: 40% of the people who died there are Black, while that demographic makes up 14% of the population.

Compared to their general population numbers, Black residents have also been overrepresented in coronavirus deaths in Louisiana and among confirmed cases of the illness in North Carolina, South Carolina, Connecticut and in the Las Vegas area.

Public health officials in other states have said the reason Black residents make up a larger than expected number of coronavirus cases and deaths in many places is because of inequities in our economic system. Economic inequities also exist in Washington, but the overall impact of those inequities on the racial makeup of COVID-19 deaths may be somewhat muted due to the fact that Washington is more white than some of these other states.

More from UW on COVID-19: Bad information is also contagious

UW’s Dr. Baeten says tracking the racial divides in this or any other disease is important because this data can help with both treatment and prevention. On the East Coast, race and economics map really close to each other, but the geographic lines aren’t as clear in Washington state or the Seattle area, said Baeten, who has spent much of his career focused on HIV globally.

Because scientists and advocates were able to call out disparities in who got and who suffered from HIV, and then responded to that information, the world has made much progress fighting HIV globally, Baeten said.

Stopping the spread of coronavirus and preventing it from returning will take a similar focus, he believes.

“You’ve got to daylight when disparities in health cause bad outcomes because it protects everybody in the end,” Baeten said. “To make sure this infection doesn’t persist, we have to make sure we do something in every community.”