The controversial tax proposal has found new life as unemployment soars and the city faces a $300M budget hole. 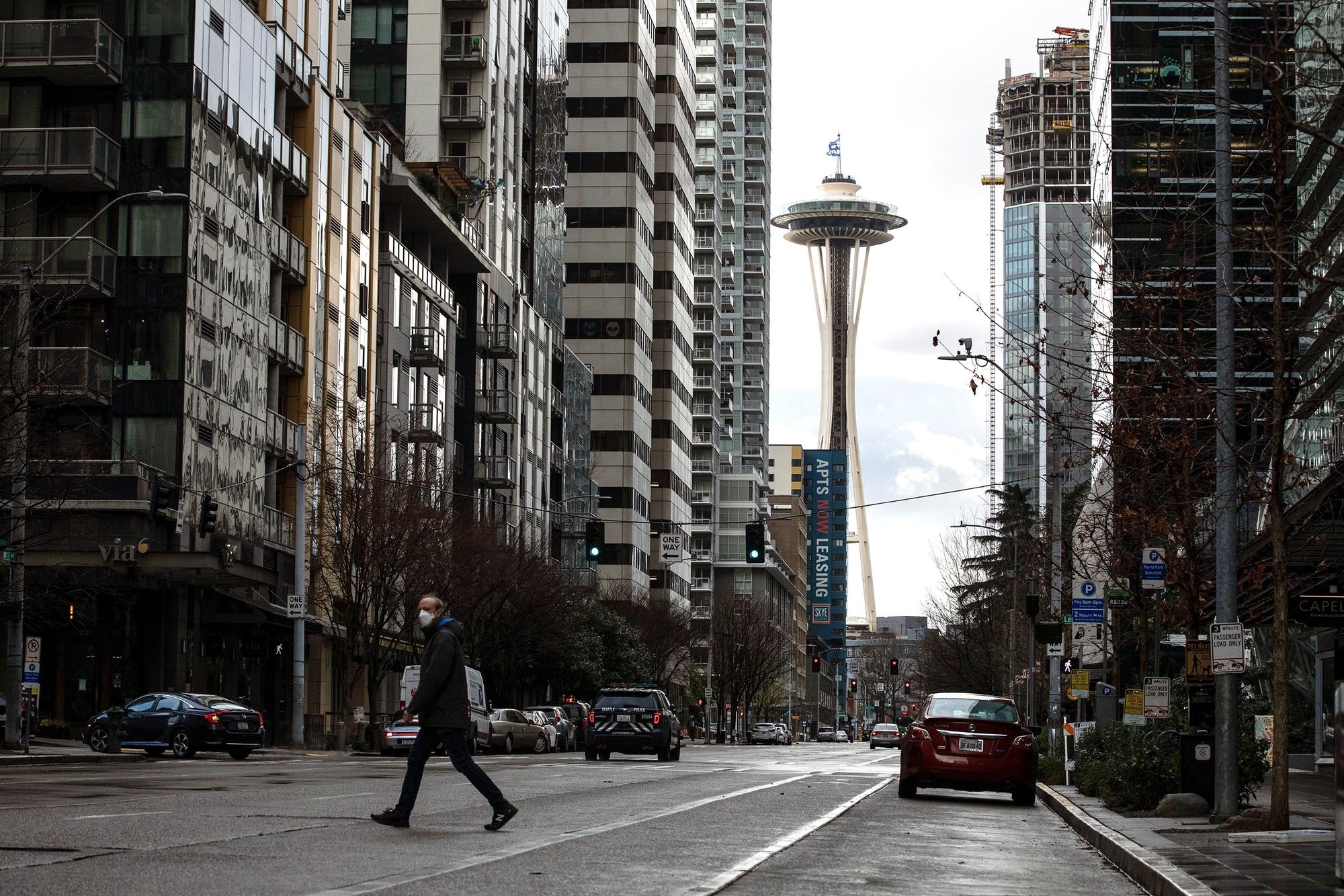 Seattle City Hall is returning to a familiar fight this week — whether and how to tax big business — but this time in an unfamiliar world.

A “head tax,” the “Amazon tax,” a “tax on jobs” — the efforts made by the Seattle City Council over the past two years to find new and less regressive forms of tax revenue for government programs have been dubbed with a range of monikers.

Whatever the name — and despite the new coronavirus political reality — the fault lines remain largely the same. But unlike past efforts to tax Amazon and other large businesses, Seattle is suddenly in a very different economic reality.

In 2018, when City Hall erupted in a messy fight over a proposed “head tax,” proponents argued the new funds were necessary to fight homelessness, despite exponential growth of the city’s tax base. Another proposal surfaced earlier this year as the Legislature considered funding for homelessness programs.

It’s in this new economic context that the taxation fight is rekindled.

On Wednesday, City Hall will have its first briefing and discussion of the newest proposal — a 1.3% tax on businesses with payrolls over $7 million that would raise around an estimated $500 million a year. Amazon would pay the most, but another roughly 800 businesses would pay as well.

The proposal is sponsored by Councilmembers Kshama Sawant and Tammy Morales and is opposed by Councilmember Alex Pedersen. The other six members, meanwhile, are more of a question mark. If the measure is to survive, odds are high the final tax will look different than what’s currently on the table.

For proponents, the tax is cast as a widening of the social safety net at a time people are suffering. In fact, it’s written as a piece of emergency legislation — which, as reported earlier by SCC Insight, shields it from a voter referendum — in response to the COVID-19 outbreak.

This is a change from earlier proposals, which were aimed primarily at housing.

“The tax itself is something we’ve talked about before; that’s not new,” Morales said in an interview. “What’s new is the need and our options to respond to the crisis are limited. We have families that need cash assistance desperately, now.”

Of the $500 million raised, $200 million would be for immediate COVID-19 relief; the rest would go toward affordable housing and “green new deal” type projects.

But while Sawant and Morales argue the coronavirus pandemic makes a new tax more necessary, the business community argues the opposite, that it will hurt the economy’s ability to bounce back.

“We’ve got some strong headwinds already to face, and I think this will set Seattle on a really dangerous course compared to other cities in the region,” said Jon Scholes, president and CEO of the Downtown Seattle Association.

The technicalities of the proposed tax are complex. For one, it’s not projected to begin collecting revenue until the end of 2021. In response, Sawant and Morales are proposing to take out a loan from other pots of money, including several approved by voters for other purposes.

Additionally, unlike state and federal governments, Seattle is limited in how it can mete out direct cash assistance. Morales said the proposal would accomplish this via existing city programs, but some of the specifics could get murky.

Scholes and other opponents have expressed concern about the technical details and even the proposal’s legality. But at its core, they oppose anything that they believe resembles a “tax on jobs.”

“I think in the grand scheme of things, if the city cares about those economically affected by COVID, a payroll tax is not the way to go,” he said. “It’s going to result in fewer jobs for the city.”

Responding to the dark economic forecast Tuesday, Mayor Jenny Durkan said, “As we expect the public health crisis to continue in our region, we know the impact on our workers, small businesses, nonprofits and artists will be felt deeply for months and years to come.”

The proposal from Sawant and Morales — which Durkan has not supported — will not replace the lost revenue, but will instead go toward new or expanded forms of assistance. For Morales, that’s where the priorities should lie.

“We have to invest in the kinds of programs that help vulnerable people,” she said.

The council is not likely to vote on the tax until at least May 13. 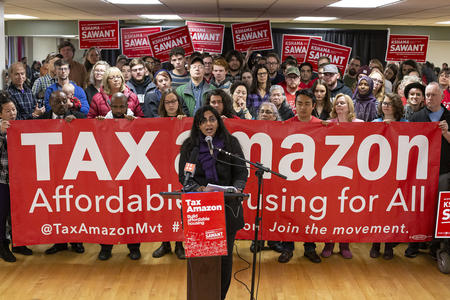 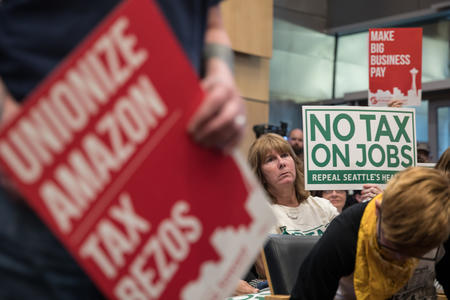 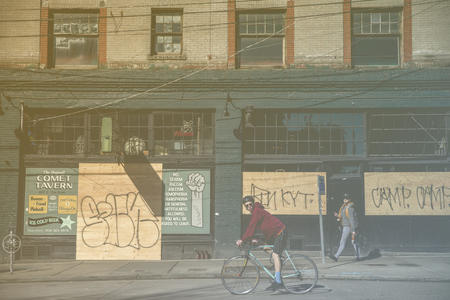