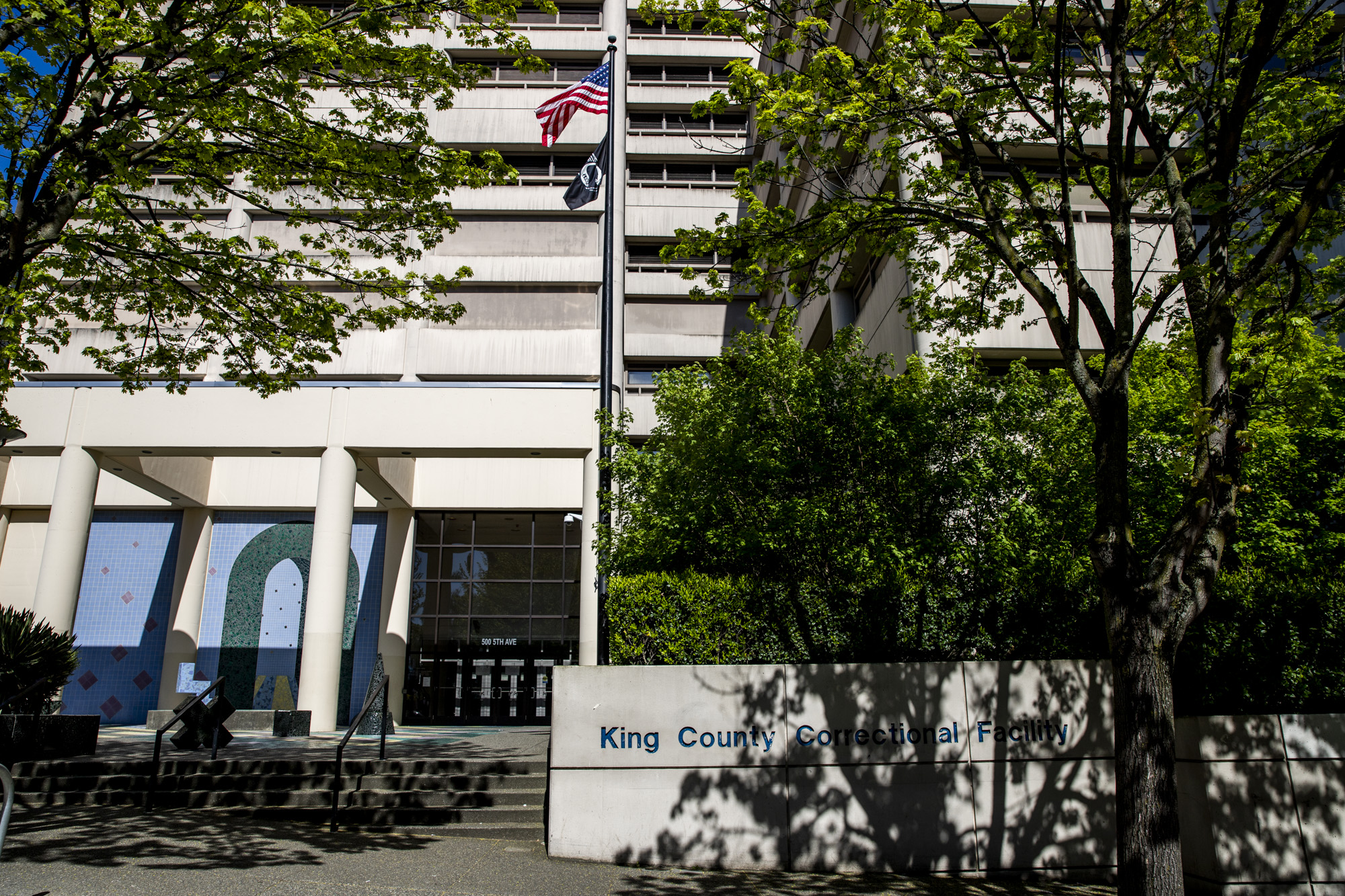 At about 2:30 in the morning on April 12, an aid car from the Seattle Fire Department was dispatched to the King County Correctional Facility in downtown Seattle. A 51-year-old man was suffering from a fever and respiratory issues, both red flags for COVID-19. “PPE advised,” the dispatcher said, referring to the personal protective equipment necessary to protect against coronavirus exposure.

When medics arrived inside the jail, they found the man with a “significantly low blood pressure” of 68 over 34 — low enough that he could die.

The man had been brought to the jail by law enforcement, but was not tested for COVID-19 there. Aid crews treated him inside the building, but because of his medical condition, he was never actually booked, according to the facility’s commander, Capt. David Weirich. He was later taken to Harborview Medical Center, according to a Seattle Fire Department spokesperson.

It’s unclear what became of him or whether he was COVID-19 positive; the jail would not announce its first confirmed case until nine days later.

But the April 12 incident highlights an ongoing concern among public defense attorneys, criminal justice advocates and some elected officials amid the coronavirus outbreak: Even as the overall population of the county’s jails decreases, churn through their halls continues. Attorneys and judges may later decide someone brought to the jail by police should be released for public health reasons, but that person may spend up to 48 hours inside the facility before ever receiving such consideration.

“Because of the public health and safety risk presented by this virus at a jail facility, we believe that further action is needed, above and beyond the measures taken to date,” reads an April 10 letter to city and county leaders in the criminal justice system from the American Civil Liberties Union of Washington, Columbia Legal Services, Disability Rights Washington, the Urban League of Metropolitan Seattle and the Northwest Community Bail Fund.

Anita Khandelwal, director of the King County Department of Public Defense, said bookings have decreased from about 45 to 50 a day to somewhere closer to 30 to 35. Still, she argued, it ought to be fewer.

“You’re bringing someone from the outside into this congregate environment,” she said. “They’re bringing with them whatever germs they’re carrying and exposing the jail guards and individuals who may be detained. At the same time, they’re being exposed to whatever those individuals might have and then, in many instances, are being released.”

Her proposed solution and that of the letter’s authors, however, is controversial. Khandelwal and others want fewer felony bookings in the first place.

“I think we need to go further and also include felony property and drug offenses, because these are cases where people are being booked in and being released, sometimes without even a court hearing,” she said.

King County judges, prosecutors and elected officials are hesitant to take such a step.

County Executive Dow Constantine has already instructed the jails to not accept bookings of most misdemeanor cases, a message that’s been passed down to police when making arrests. The jail itself has lowered its population by 700 inmates. Going further is not necessary right now, said spokesperson Chad Lewis.

“This is a rapidly changing crisis so we must always be nimble and responsive,” said Lewis, “but as of this moment, the population is low enough [in the jails] that we can continue to safely operate with the current booking restrictions.”

In a letter responding to calls for changing booking practices, King County Superior Court presiding Judge James Rogers called the reductions that have already occurred “unprecedented” and “not without consequences.” He rejected policies restricting felony admissions.

“Superior Court Judges are painfully aware of both the health crisis and the danger we are causing in some release decisions,” he wrote (emphasis his).

“It is both unlawful and unwise for one judge to release mass groups of people through a single order,” he added.

From the earliest days of the pandemic, officials and advocates have struggled to ease the pressure on congregate settings, including jails, prisons and homeless shelters. The Monroe Correctional Facility has experienced a COVID-19 outbreak, and Gov. Jay Inslee has sought to release more than 1,000 inmates from the state-run facility.

Pretrial jails, meanwhile, present their own challenge. The populations there are constantly changing and inmates are often detained only briefly. In 2017, King County admitted nearly 80,000 people into its various jails and discharged about the same number, according to an analysis by the Vera Institute of Justice.

“It is hugely important that people understand the level of turnover in jails,” Brandon Garrett, a professor at Duke Law School, told the New York Times recently. “People may have quite short stays, and the turnover means constant cycling in and out of the community.”

Khandelwal told of a woman her office had recently represented who was arrested on felony charges when she was accused of stealing $40 worth of alcohol from an establishment she had already been barred from. A judge would later review her case and release her from the jail, but because of the officer’s charging decision, she spent a night in detention.

Casey McNerthney, spokesperson for King County Prosecuting Attorney Dan Satterberg, said cases should be reviewed individually, and felony booking instructions should not be a blanket policy.

“By restricting certain offense types, there’s the potential that a larger context from law enforcement may not be addressed without a case-by-case review,” he said. “For example, if there’s a prolific burglar who is arrested for one case, restricting that person only by case type could lose that context.”

The population reduction in King County’s facilities has been significant, from about 1,900 on March 13 to fewer than 1,300 last week.

County officials have said they’re doing everything they can to keep the facility safe. Visitation has been suspended and vulnerable patients are transferred to more isolated facilities in Kent. Capt. Weirich said social distancing measures have been put into place. “Everyone in our correctional facilities — both staff and people in custody — has access to appropriate equipment for each situation, based on guidelines by the Centers for Disease Control and Prevention,” he said.

But concerns remain. “Have they made some progress? Yes,” said Fred Diamondstone of the ACLU. “Is it still dormitory style housing? Yes.”

As recently as mid-April, face masks were reserved for only some inmates in the jail and not the general population. In emails provided to Crosscut by one attorney, Weirich said the jail would not accept masks from the outside for inmates.

On Thursday, another attorney told Crosscut she saw inmates in the recreation area without masks, sharing exercise equipment.

The stress is also reaching the guards at the jail. The King County Corrections Guild, which represents law enforcement inside the jail, recently filed an unfair labor practice complaint with the state for being made to take inmates' temperatures, a task the union says should be done by nurses.

As of last week, 63 inmates had been tested in King County jails. So far, ten jail staff and two former inmates have tested positive, according to a spokesperson for the Department of Public Health – Seattle & King County. Both inmates were arrested for driving under the influence, booked in downtown Seattle and transferred to Kent, where they were on “droplet precaution.” In total, one was held for 38 hours, the other for 64 hours, before being released. The jail is still working to locate both former inmates.