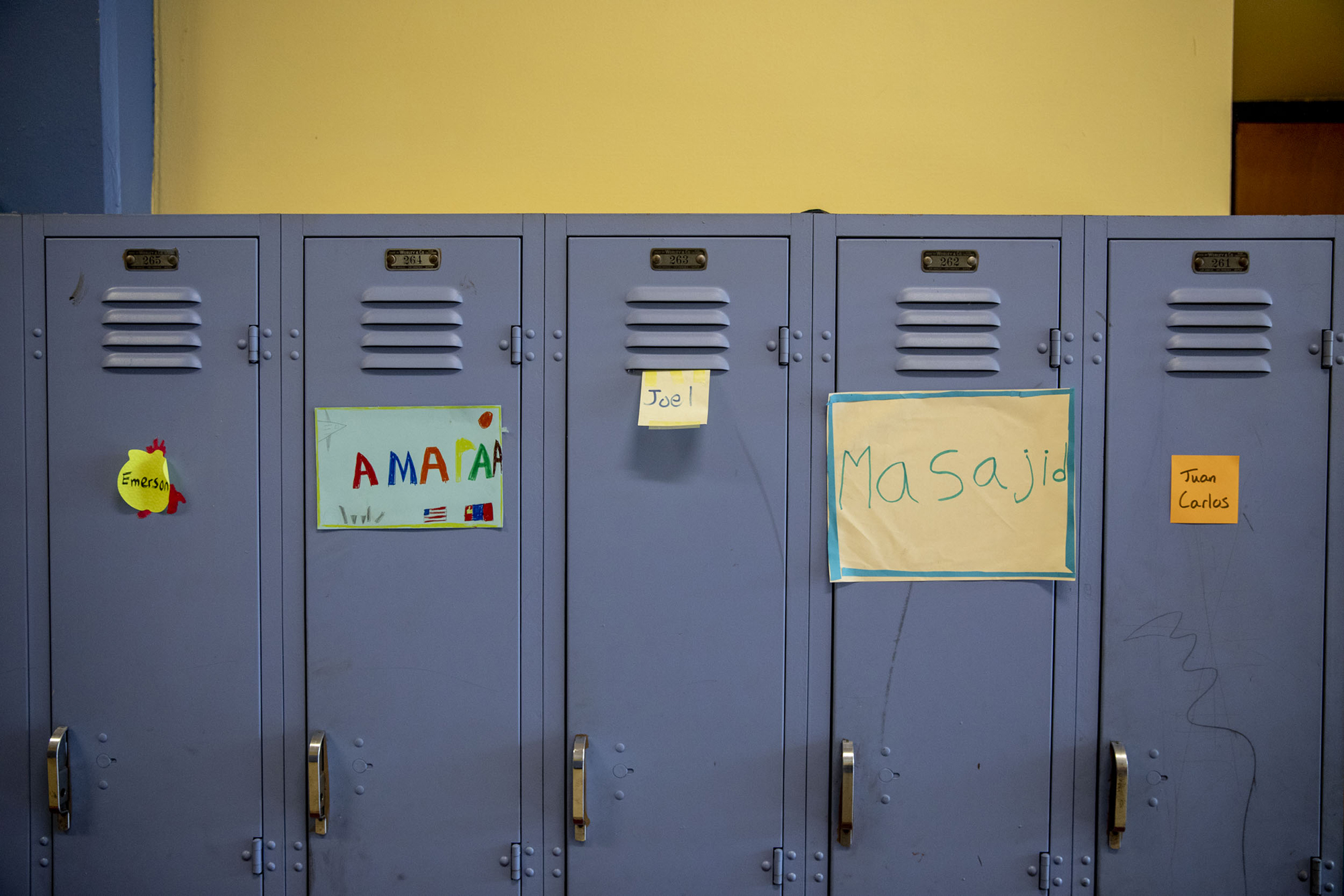 In this 2019 file photograph, a row of student lockers is seen at Northgate Elementary School. (Dorothy Edwards/Crosscut)

Requests to join Sacha Davis’s Facebook group, Seattle Homeschoolers, are pouring in. She has been inundated with questions from parents ever since schools closed throughout Washington to slow the spread of the coronavirus. They all ask some form of the same question: What do I do with my kids now?

While many Seattle parents may not have considered home schooling a month ago, at-home education is now their only option. Every child is learning from home. From Davis’ experience, many parents don’t know how to proceed.

Some newcomers to at-home education worry that their child’s learning will stall with the school closures and have no idea how to prevent that from happening. The first thing Davis tells these parents is that having your kid learning at home doesn’t automatically equal home schooling.

Home-schooling groups throughout the state have seen an avalanche of questions from parents trying to untangle what education looks like when they can no longer depend on traditional education structures. Some schools have continued classes through online communication or have sent lesson plans for students to work on at home. School districts have been told to talk to families about their needs and, if possible, provide supplies and lesson plans, says Katy Payne, a spokeswoman for the Washington Office of Superintendent of Public Instruction.

But, like Davis, she says it’s not as simple as transitioning from one to the other — after all, home school doesn’t mean that students must stay indoors. Government shutdown of parks and other community spaces have hit home-schoolers just as hard as public school families. Stuber says parents who have tried to keep their kids doing work for hours on end as they imagine happens in schools are missing a key point of at-home learning.

The first step in undoing that, she says, is relearning education habits through something that home-schoolers call “deschooling.” The emphasis is on untangling the idea that education happens within a rigid framework. Home schooling lets the education be driven by a child’s natural interests and curiosities. It doesn’t have to happen at a desk, in a building, eight hours a day.

Even in school, students have time for recess, socializing with friends and other breaks. In home schooling, Stuber says, that’s emphasized.

“You’re not recreating public school in your house; that doesn’t work for everybody,” she says. “If I let my kid follow their interest, then I have a lot less work to do — this tremendous learning happens if you trust your kid and get out of their way.”

Rigid schedules at home are counterintuitive for some students. That was the case for Kristen Blankenship who home-schooled her two younger children while her 13-year-old son, her eldest, attended public school before the pandemic. Once schools were closed, her eldest started working on the curriculum his school sent him to do at home. But the software required for some of his schoolwork wasn’t compatible with their computers at home, and it took him hours to get through a single assignment.

“I wasn’t OK with how long he was sitting at a computer,” Blankenship says. “Even at school, he’s not sitting that long.”

This week, Blankenship decided he would join his siblings in home schooling for the time being. Her son has ADHD, so it made sense for her to figure out a schedule for him that wouldn’t require him to sit at a computer for hours.

Sara Cole, a Seattle-based parent coach who home-schooled both her children when they were younger, has spent days since the schools closed reminding parents that these routines can look different for different kinds of parents and kids. For the time being, she’s giving advice for free to help parents at a loss about what to do.

“I’m hearing so much stress right now,” she says. “And I think that the other thing I’m hearing is unrealistic expectations. Thinking I have to do six hours of school with my kid isn’t realistic.”

Some parents might teach only in the morning while others teach throughout the day, with playtime interwoven between classes. Even if parents spend 15 minutes with three different subjects, Cole says, they should think of that as a success. After all, while home-schooling families might have some infrastructure set up for education at home, success may take years of practice.

For families with working parents, flexibility is a requirement. Davis, who runs the Seattle Homeschooling Facebook group with her wife, Megan, works as a nurse. Her wife is a postpartum doula (although the pandemic has hampered her ability to do that work).

Before the pandemic, they had settled into a schedule where one parent would work half the week, while the other focused on teaching their two children, and then they switched places. They molded their work schedules around their children’s education, helped in part by the odd hours that their jobs can require.

Davis has spent some time reminding newcomers to her Facebook group that getting in even brief moments of learning is beneficial; most days in her family, she says, math and history lessons happen between watching TV, going on walks and doing chores.

“You don’t have to be the person who works from beginning to end of every day,” she says. “You can switch between stuff. Home schooling is not linear, and it’s never been linear for us.”

Cole advises parents to forgive themselves. It’s normal for parents to struggle with their kids, feel frustrated or like they’re getting it all wrong. She compares the home-schooling experience to a picture of someone standing at the top of a mountain: It’s amazing to look at, but it took a lot of sweat and tears to get there.

“Home schooling is so much like that,” she says. “There has to be so much compassion.”

Besides, she reminds her clients who plan on returning to schools when they reopen, this is temporary. School districts are aware of the challenges of teaching kids at home, and she’s confident that they’ll take care of students who may have struggled or fallen behind in this time of uncertainty. So even if a parent can’t figure it all out, that’s OK; after all, it’s not normal for families to be suddenly thrown into this situation.

“The first thing I come back to is acknowledging that this is hard and we’re not set up for this,” Cole says. “This isn’t how we were meant to do it.”

Whether or not the increased attention on at-home learning will increase the number of home-schoolers even after schools reopen, Davis says that trying it out even temporarily could be a good thing.

“We’re so helpless right now,” she says. “But if people can find some power or good in being around each other and being a family, it might be one of those times where we learn to be more together as a family unit.” 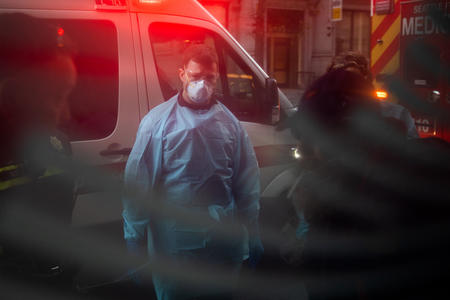 How you can help people in need during coronavirus

We’ve rounded up a few suggestions of ways you can share your cash, time and supplies with organizations in Washington state.

How you can help people in need during coronavirus

We’ve rounded up a few suggestions of ways you can share your cash, time and supplies with organizations in Washington state.