Many states are looking for guidance on conducting their own 2020 elections by mail, but Washington state officials warn it won’t be easy. 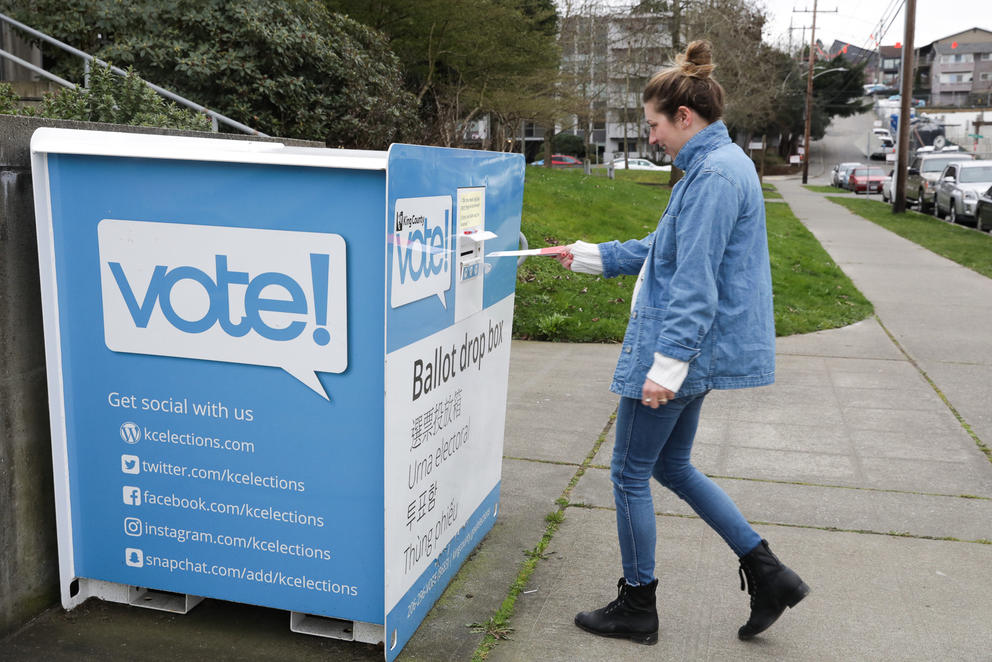 State officials across the nation are turning to Washington state for advice on how to set up a vote-by-mail system before the November presidential election, but officials say that question is just the first of many they should be asking.

Secretary of State Kim Wyman, who is in charge of Washington’s election system, and King County Elections Director Julie Wise, who runs elections in the county where more than a third of Washington voters fill out a ballot, said the list of questions other states need to answer in order to effectively implement vote-by-mail is long and complicated.

And mid-April may be too late to start making the switch from a mostly in-person system to a vote-at-home configuration, said Wise, who worked on in-person voting for a decade before moving, along with the state of Washington, to vote-by-mail elections in 2011.

“We’ve been at it for a decade. It’s not an easy lift to make that transition,” said Wise, between meetings to plan for a November election that could change dramatically — even in one of the nation’s five vote-by-mail states — because of the ongoing threat of the coronavirus.

“You’re cutting it very short,” was her response to recent inquiries from other states and counties, in addition to sharing a packet of information about how King County votes by mail, from the technology to the people.

Among the questions other states and municipalities should be asking, according to Wyman and Wise:

“It’s not going to be pretty,” Wise said, between enthusiastic declarations about why every state in the nation should consider vote-by-mail and not just because it’s a good idea during a pandemic. In addition to Washington, the other vote-by-mail states are Oregon, Colorado, Hawaii and Utah. At least another 21 states have laws that permit some smaller elections, like those for school boards, to be conducted by mail, according to the National Conference of State Legislatures.

Sending ballots to voters’ homes provides the best balance of security, accuracy and accessibility of any voting system, Wise said. Vote-by-mail means all registered voter get a ballot mailed to their home, but that doesn’t mean people can’t vote in person under some circumstances.

The Washington Legislature decided in 2019 to join 20 other states and the District of Columbia to allow same-day registration. This is one of the challenges state election officials are facing in the time of coronavirus. Another is the way Washington provides replacement ballots for people who lost or never received theirs, perhaps because they moved and didn’t change their voter registration.

“It broke my heart to see the president talk about unfounded concerns about vote-by-mail. I wanted to say, ‘Come to King County and I’ll give you a tour,’ ” Wise said, referring to President Donald Trump’s claims about voter fraud.

U.S. Rep. Suzan DelBene, D-Medina, is co-sponsor of a bill that would effectively turn all state elections into vote-by-mail in the case of quarantines or national disasters. The bill would provide an additional $500 million in grants to states to make the switch possible. Congress has already approved $400 million in the Coronavirus Aid, Relief and Economic Security Act to help stabilize the nation’s election system in the time of coronavirus.

“Wisconsin showed everyone how critical it was that we allow folks to vote by mail,” DeBene said, referring to an April 7 primary that went on in person, despite grave concerns about the danger of voters spreading the coronavirus. She quoted former First Lady Michelle Obama, who is advocating for national vote-by-mail and who tweeted earlier this week: “No American should have to choose between making their voice heard and staying safe.”

A recent poll by Morning Consult found that most voters, including Republicans, do not want to delay the Nov. 3 election and would support mail-in voting if the pandemic continues into the fall. Fifty-eight percent of the people polled nationwide, including 50% of Republicans, said they were confident that paper ballots in the mail would be counted accurately.

Wyman, a Republican, said all voting systems have their strengths and weaknesses and, if someone wants to commit voter fraud, they will find a way, but vote-by-mail allows for additional security likely to prevent fraud.

In Washington, every signature is checked against the voter’s signature card, and ballots are pulled out of the stream and voters contacted if the signatures don’t match. Voters can track the path of their ballot and contact elections officials if they see something wrong. Washington follows multiple layers of security and would be happy to share those processes with other states, Wyman said.

“We have had so many years of doing this and we have gotten so much better at it,” she said, noting that Washington started voting almost entirely by mail in 2011.

Despite being all set for vote-by-mail, some Washington counties are trying to find additional space for vote counting so workers can stay 6 feet away from each other, if social distancing is still needed in November. They’re also wondering if they will have difficulty finding people to do the counting, since many temporary election workers are retirees, an age group considered most vulnerable to dying from the coronavirus.

Wise said King County is considering shift work in its huge ballot processing center in Renton, but will also encourage voters to turn in their ballots as fast as possible since the processing of more than a million votes will likely take longer with more shifts.

While other states and Congress are considering a switch to vote-by-mail to make it safer for everyone to cast their vote, Wyman believes that the strongest reason for the switch may be access. Turnout data supports her conclusion.

“It really empowers the voter to vote when it’s convenient for them,” she said.

General election turnout has been consistently high in Washington state over the years, both before and after vote-by-mail was adopted. But the move to voting at home still seems to have improved that participation, especially among younger voters.

Still, there’s both good and bad news in the data, depending on your perspective.

Vote by mail seems to be attracting younger voters. In the 2018 midterm election, 50.6% of registered voters age 18 to 24 cast their ballots, compared with 41.3% of the youngest voters who participated in the 2010 midterm election during President Barack Obama’s first term. The latter involved ballots cast both in-person or by mail before vote-by-mail took effect in Washington. The same youth bump was seen in the 2016 general election, when President Donald Trump was elected, with 59% of registered 18- to 24-year-olds voting, compared with 56.4% who voted in 2008, when Obama was first elected.

Washington could not provide turnout data by racial and ethnic group, but another state that votes by mail did have that information available. A 2017 study of Colorado voting, done by Pantheon Analytics for The Washington Monthly, also found that younger voters increased their participation while the oldest voters decreased. The study also looked at race as a factor, even though it’s difficult to track, and found that turnout among Asian, Black and Hispanic voters all increased in the election they studied, but not by a large factor.

However states decide to conduct the fall election and for whatever reasons they use to make their decision, one thing is certain about the 2020 presidential election: It will be historic.

“This is the most anticipated election in my lifetime — probably in the last 100 years in our country,” Wyman said. Washington has planned for a lot of things happening during an election, such as floods and earthquakes. “We never thought you would not be able to have social interaction.” 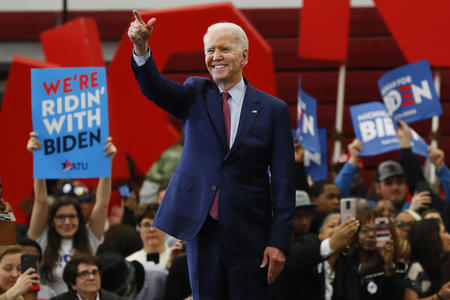 by / February 26
Article continues below

After COVID, brain fog lingers. UW researchers are finding out why

How does a respiratory disease leave victims with brain issues like memory loss, confusion and ‘fogginess’?

The 2019 election cycle was a warning sign about big spending. Small donor matching programs could bolster our democracy.

A Center for Public Integrity analysis shows 18% live in multigenerational households in the U.S., increasing vulnerability to the virus.