Apocalypse: Now What? Why you can’t band together

A reader asks: Can my band go to the recording studio together if we practice social distancing? 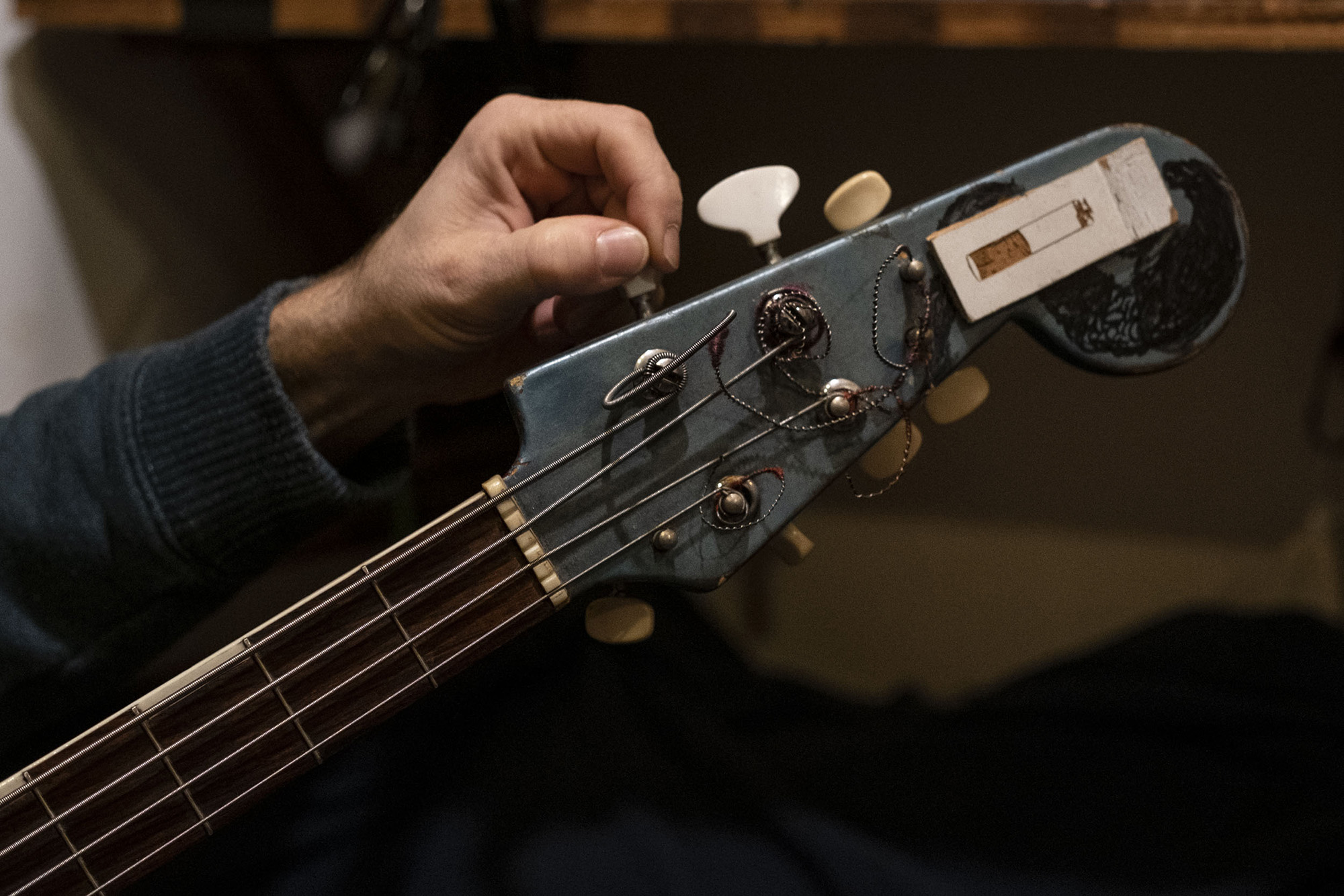 Recording music in a studio has been one of the things put on pause during a statewide shelter-in-place order. (Genna Martin for Crosscut)

Question: Is it OK to record music in a studio practicing social distancing two to three weeks from now? There'd be four people in the building, with plenty of space to keep at least 6 to 10 feet of distance from one another, but not sure it's wise since I don't know of their current social distancing habits!

There’s a reason why you’re seeing all those artists performing solo from bedrooms and home studios: If it’s not safe for Neal-Peart-turned-Tom-Petty-wannabe Dave Grohl, then it’s probably not safe for you.

I know, I know — if you can just get these demos done, you’ll get signed, or notch a bajillion streams, or nab a feature on Lil Tesla’s next record, or whatever counts as success to the kidz theze dayz. But your subsequent tour definitely is not going anywhere until spring 2021 anyway, so there’s no rush.

By now, you should know it’s rare for me to give a hard “yes” or “no.” I’m rarely into doling out strict prohibitions or indulgences, like some latter-day Pope Leo X (incidentally, my MC name). Broken record time: There are so many unknowns and shifting circumstances in the time of coronavirus that the name of the game is risk management and asking better questions to mitigate said risk.

That said, there are reasons to believe that the natural conditions of recording at a studio present a higher-than-average chance you’ll be shredding in a potential viral bath. You don’t mention the precise dimensions or setup of the studio itself. But even a large studio would be an enclosed space without much in the way of light or ventilation — great conditions for droplets to circulate in a confined area. These are ideal conditions for COVID-19 to spread, even if you can maintain social distancing. Artificial airflow could make it worse: In one study, one person at an indoor restaurant in Wuhan spread the disease to nine others, in part because of the air conditioning.

RELATED: What exactly is the goal of quarantine, and are we there yet?

A choir that met for practice in March in Mount Vernon offers an even more frightening case study: 60 singers met to practice while socially distanced; they avoided physical greeting, had access to hand sanitizer and no one presented symptoms. Nevertheless, the rehearsal turned into a “superspreading” event, where 45 people emerged with COVID-19 diagnoses or symptoms. Two of the choir members died. The act of singing itself could’ve helped aerosolize and disperse infectious particles. Even if you’re ripping off Explosions In the Sky, the exertion — heavy breathing, sweating, stanky guitar faces — means you’re likely dispensing more particles than the average gathering.

OK, that’s my attempt to push you off the “no” cliff. If you’re determined to join the 27 Club in the saddest, least glamorous, most avoidable possible way: Ask better questions.

“I don’t know of their current social distancing habits.” This is a big red flag to me, and your first goal should be to find out those details for everyone involved. Have the musicians and studio engineers all been social distancing or quarantining? Have any presented symptoms? Who have they been in contact with? If you are willing to conduct a detailed amateur experiment in musical contact tracing, it might be possible to establish how at-risk this sesh is.

Another option: If you can get everyone to commit to strict isolation for the two to three weeks you say you have until recording, you can further lower (but not eliminate) the risk of someone bringing in the bug. This also depends on the trustworthiness of your compatriots — tricky with a band, since singers are selfish, guitarists are dirty and bassists are liars. At least you can keep an eye on the drummer, since they’re sleeping on your couch.

The wisdom could change as restrictions get lifted into the summer. Small gatherings might get safer, and there’s some thought that “quarantine bubbles” — fixed social groups of 10 or so people, where members agree to socialize exclusively with each other and abide by strict safety and social distancing outside of it — could make gatherings like this kosher. But the success or failure of quarantine bubbles hasn’t been borne out yet, and if four out of 10 slots are occupied by band members, expect to encounter some angry friends, romantic partners and relatives.

But for real: Advances in home recording and remote audio have come so far that this is hardly worth the risk. And quarantine offers the perfect time and excuse to experiment. Indulge your inner Radiohead and fiddle with keyboards; bang on pots and pans; practice your Zoom harmonies and get your dog to join in (you could get a rare Pitchfork 10 for your trouble). Hell, you could even cover Papa Grohl. Just do us all a favor and pick a song where he’s only playing drums.