Delayed psych evaluations and hospital transfers are resulting in due process questions, and longer stays that may prove unconstitutional. 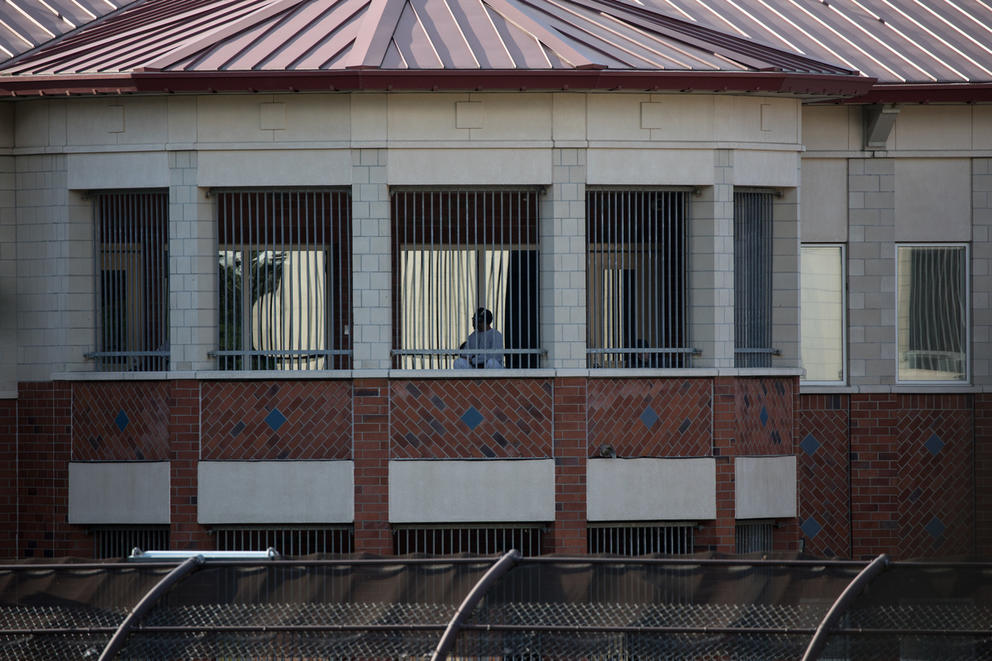 In this 2018 file photograph, Western State Hospital, a psychiatric hospital founded in 1871, is seen in Lakewood. (Matt M. McKnight/Crosscut)

Admissions to Washington state’s psychiatric hospitals have slowed to a near halt amid the coronavirus pandemic, a disruption that’s leading to long — and potentially unconstitutional — stays in jail for people with mental illness.

One man, Kaiozmun Jayquane Cox, should have been transferred out of his cell to either Eastern or Western state hospitals within 14 days after he was found not competent to stand trial, as mandated by a 2014 federal court decision known as Trueblood. Instead, Cox was held in downtown Seattle’s King County Correctional Facility for 82 days after a judge ordered in January that he be moved. He was never given an estimated date for when a hospital bed would be available.

The delay meant his due process rights under the 14th Amendment of the Constitution had been violated, the prosecuting attorney in Cox’s second degree robbery case conceded. King County Superior Court Judge Karen Donohue agreed and dismissed the charge entirely.

Lags in transferring inmates to state hospitals have continued to be an issue even before the coronavirus pandemic, attorneys say. But the outbreak has made the problem worse.

“Those people are just sitting and languishing while we wait to get them to the facilities where they should be and our alternatives are inhumane.” said John Marlow, an attorney with King County’s Department of Public Defense.

Efforts to contain a COVID-19 outbreak at Western State mean the psychiatric hospital is accepting almost no new patients. The state is instead sending people across Washington to Eastern State Hospital, outside of Spokane, alternating admissions from either side of the state and creating a backlog.

The complicated system means the state Department of Social and Health Services is projecting wait times for inmates to increase by three months under current conditions and up to eight months if admissions don’t soon resume at Western State — nearly 20 times the length allowed under the Trueblood decision.

Another inmate, Andry Ramos-Filosa, was recently told his likely transfer date was not until December, which Judge Donohue called “just out of the question” in a recent court hearing before ordering him released.

In total, there are 177 people currently in jail waiting for a transfer, according to a DSHS spokesperson — one more than the 176 that spurred the 2014 Trueblood lawsuit against the state in the first place. The breakdown creates a scenario in which efforts to contain an unforeseen pandemic collide head on with the due process rights of inmates with a mental illness.

Attorneys struggle to see a path out.

“If the state of Washington is not equipped to humanely prosecute individuals, they should be taking a hard look at whether they should be prosecuting at all,” said Marlow.

In addition to the delays in transferring inmates, attorneys and advocates say they’re finding it difficult to even obtain evaluations of clients they suspect may not be competent enough to stand trial. According to a spokesperson for the King County Department of Public Defense, there are at least 20 people in jail in King County awaiting an evaluation.

The evaluations, which Trueblood states must happen within fourteen days, typically involve several people, including the inmate, their defense attorney and the evaluator. But because of the cramped jail spaces and lags in remote technology, proper social distancing is difficult, and both the state and county are reluctant to send employees inside those spaces. In a report filed Monday as part of the ongoing monitoring of the Trueblood case, DSHS conceded that jail conditions are “impacting completion of a number of evaluations.”

The result is that the number of people being detained in jail longer than the law allows could be larger than what is known.

“We’re concerned that our class members, who were already facing delays, are going to see a really significant increase in those delays and those wait times while they’re languishing in jail, because a lot of jails and DSHS and other system partners are struggling with how to provide in-jail competency evaluation,” said Kim Mosolf, director of the Treatment Facilities Program at Disability Rights Washington, which filed the class-action lawsuit that led to the Trueblood decision.

Disability Rights Washington brought the Trueblood case against the state on behalf of inmates “whose competence to assist in their own defense in criminal proceedings is called into question.” The inmates’ “restoration” treatment was consistently delayed, causing “individuals with mental health disabilities to suffer needless deterioration in their mental health as they sit in jails,” which was a violation of their due process rights, the plaintiffs argued.

U.S. District Judge Marsha Pechman agreed. A Washington state Supreme Court case later concluded the remedy could range up to dismissal of charges against the defendants.

Despite the court ruling, attorneys say delays have continued. Now, the coronavirus has poured gasoline on the problem.

“If the delays in transporting incompetent criminal defendants for restoration services was delayed before COVID, then COVID only exacerbated that delay,” said Joshua Poisel, the attorney who represents Cox, the man held for 82 days in jail after a judge ordered he be moved.

At issue is the state’s efforts to contain current outbreaks and prevent future cases at its hospitals. As of Monday, eight clients in Western State Hospital have tested positive for COVID-19; one of them died. Twenty-nine staff members have tested positive. Fifteen percent of the hospital’s staff are on leave because they are considered vulnerable if they contract the coronavirus; the number does not include staff out on sick leave.

At the same time, the state has sought to decrease the total population of Western State, while also placing new admissions into 14-day quarantines to prevent further outbreak.

There are more people awaiting transfer from the western part of the state, which means that as the state alternates admissions to Eastern State between either sides of Washington, the waiting list is longer for those locked up in King County than in, say, Spokane.

Tools for addressing the due process violations are limited.

Disability Rights Washington's Mosolf said that as many people as possible should be released from jail or, preferably, should not be put there in the first. “It’s well established that folks with significant mental illness do not do well in a jail setting and oftentimes get much worse,” Mosolf said. “Everyone is generally on the same page that those folks should not be in a jail setting.”

“For me, it’s clear: When there’s a due process violation, the case should be dismissed,” said Katie Farden, a defense attorney with King County.

Prosecutors, while acknowledging the due process violations, are less enthused by that idea. “There are some defendants waiting for competency restoration who are charged with serious crimes or who have serious criminal histories,” said Rebecca Vasquez, senior deputy prosecutor with the King County Prosecutor’s Office. “We are very concerned about courts potentially releasing defendants or dismissing charges due to the unavailability of competency restoration services.”

Vasquez said her office is more supportive of referring people to diversion programs. Several defense attorneys said they would normally support release that included connecting their clients to services. But, Farden said, “Since COVID has become the new normal, a lot of social services that we would typically try to connect clients to are really scaling back.”

The parties involved in the Trueblood case are scheduled to have a status conference with Judge Pechman on May 8, where many of these issues are likely to be raised. Poisel, the attorney who represented Cox, said he thinks the issue may continue to play out in the courts.

“I cannot imagine that there’s not going to be further litigation on this issue,” he said. “But I don’t have a crystal ball.” 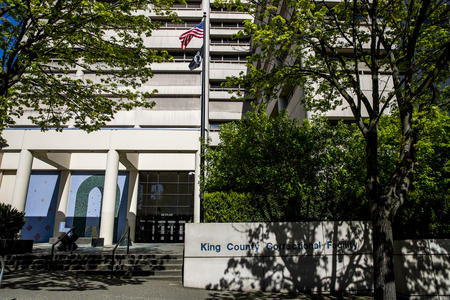 by / April 27
Article continues below 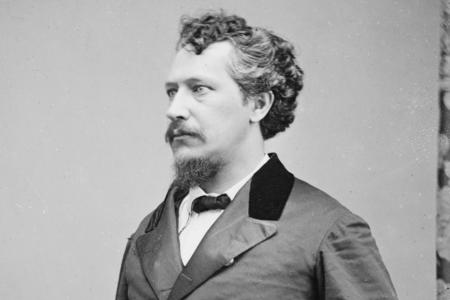