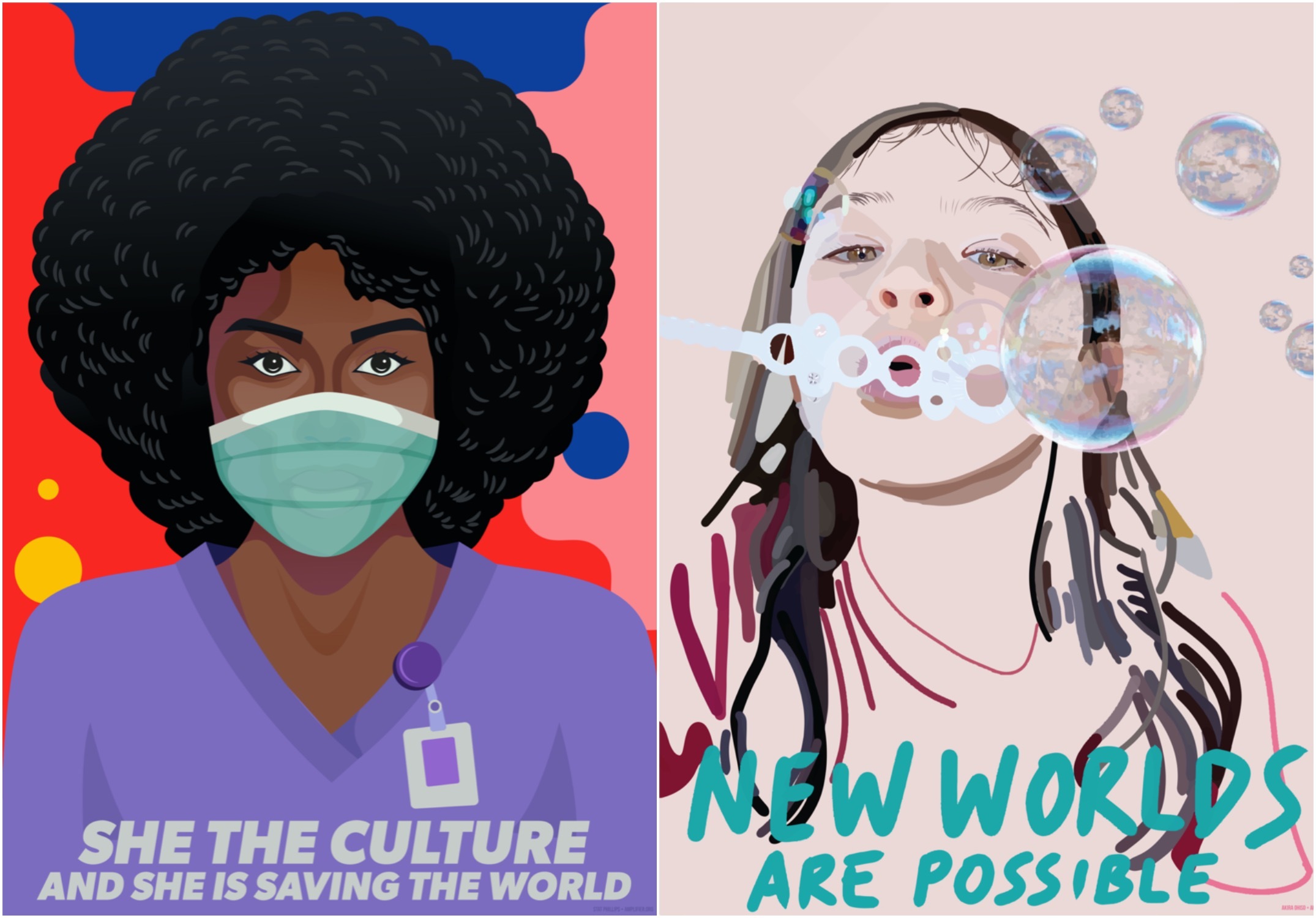 Most of us aren’t flying anywhere these days. But we can recall how waiting to board a plane could feel like a pleasant limbo, free from day-to-day responsibilities. That is, until the flight was delayed, at which point our sense of time suddenly shifted to a state of urgency — fueled by a subconscious fear that we might have to wait at the gate forever.

Our civic stasis continues. Gov. Jay Inslee extended his stay-at-home order late last week, but didn’t offer many details on our ETD. Especially vague are directives for local arts events. “Stage 3” of his four-phase plan sounds somewhat promising: gatherings of up to 50 people could be permitted, museums and libraries could reopen, as could movie theaters at 50% capacity. “Nightclubs and entertainment venues” (no word on what counts as the latter) will have to wait until Stage 4. But those are a lot of “coulds” and caveats, with no actual dates attached.

And, as Crosscut’s Margo Vansynghel reports this week, many arts patrons may not be ready to get on board. Theatergoers specifically say they wouldn’t feel comfortable sitting in a packed performance hall until a vaccine is available. Meanwhile, local theaters are plotting ideas for what socially distanced plays and audience seating might look like.

This layover is sparking understandable anxiety, with an undetermined span of time — and serious challenges — stretching ahead. Earlier this week, Seattle advocacy group ArtsFund released projections estimating $133 million to $135 million in lost revenue for local arts, cultural and scientific nonprofits by the end of fiscal year 2020. On Facebook, out-of-work artists trying to secure unemployment benefits are sharing wait times of three, four and five hours on hold with the Washington state Employment Security Department.

Yet despite the immense stress, artists are still making work. In Crosscut’s new This Changes Everything podcast, I talk about how artists — and people who don’t consider themselves artists — have reconnected with pure creativity during these strange days. Not to paint too rosy a picture, but some say they feel more open to new ways of thinking than ever before.

I highly recommend following @artduringthepandemic on Instagram (created by local artist Sue Danielson), which is posting the mid-pandemic work and thoughts of local visual artists, whether they’re maintaining a daily practice or going off in an entirely new direction. (It's  I love reading the personal commentary of artists like Ellen Sollod, who notes, “Like all of us, I vacillate between feeling that things are completely normal and that the apocalypse is at hand.” (Accordingly, she created an interactive COVID-19 calendar to celebrate every virus-free day.) Or artist Colleen Hayward, who writes, “My process just took off, aided by nothing wanting my attention, and any ambitions or plans seeming useless.” 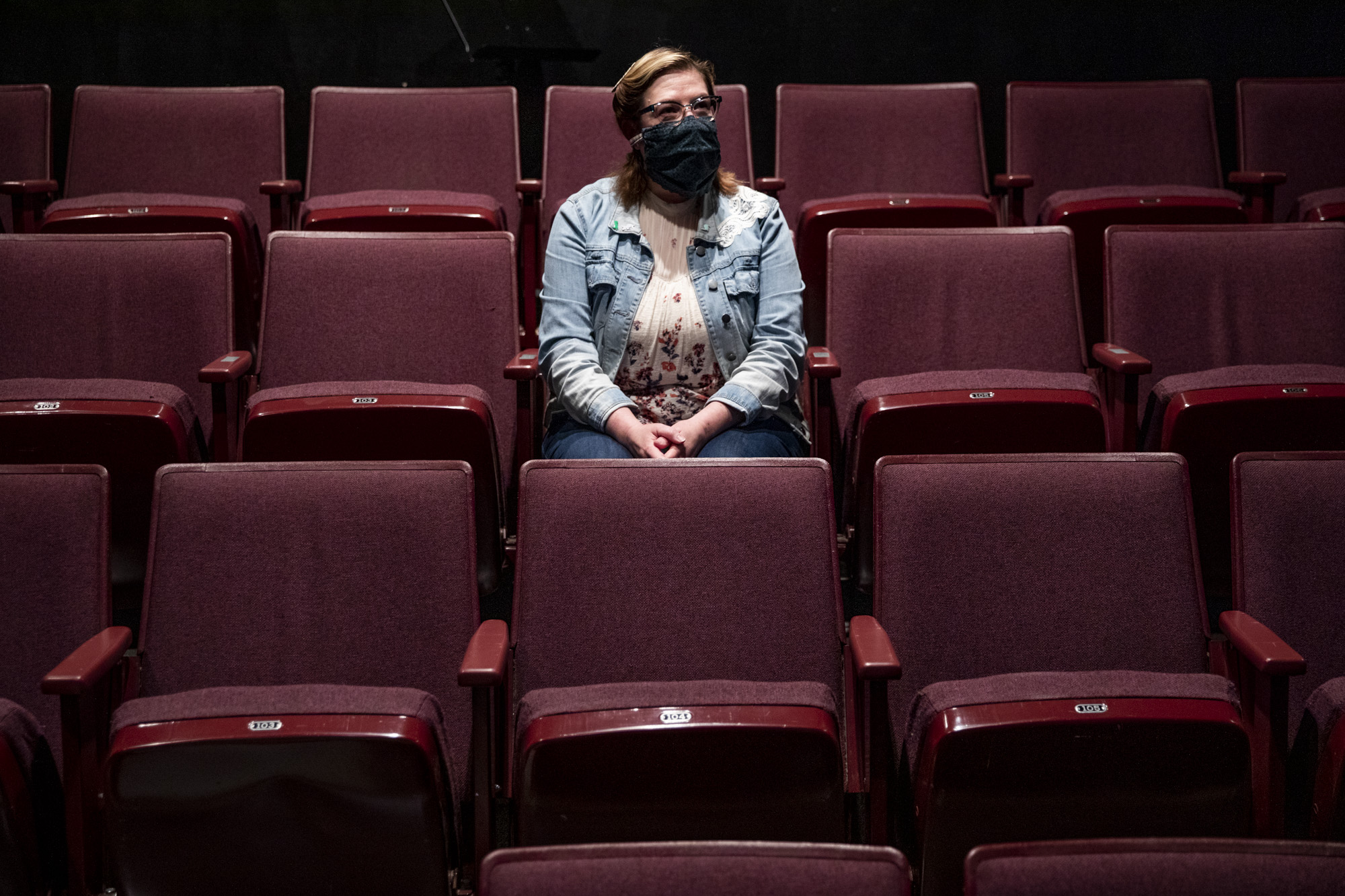 Laura Lee, managing director of ArtsWest Playhouse and Gallery, at the closed theater in West Seattle on May 4. Lee says the team is figuring out how to continue shows with social distancing once productions are allowed to resume. (Dorothy Edwards/Crosscut)

Laura Lee, managing director of ArtsWest Playhouse and Gallery, at the closed theater in West Seattle on May 4. Lee says the team is figuring out how to continue shows with social distancing once productions are allowed to resume. (Dorothy Edwards/Crosscut)

Accounts like these help make up for a second month without a First Thursday Art Walk. Instead, tonight brings a new episode of By the Hour (May 7, broadcast 6:30-8 p.m.), a virtual art walk featuring live interviews with artists and cultural workers.

And if you’re taking a socially distant walk downtown tonight, look up! Seattle-based nonprofit Amplifier has a new poster campaign centered on coronavirus-related public health and safety messages. Featuring designs by several King County artists, the eye-catching images will be projected on buildings across the city — they are also free to download, and bring the art up close.

In other news of art close to home, you may notice colorful new yard signs sprouting up like tulips in your neighborhood. They’re part of Seattle Office of Arts & Culture’s own poster campaign, Public Art Comes to Your Front Yard. Featuring work by 12 local artists, the hopeful signs aim to spark a sense of togetherness while we’re all staying safely apart.

With all these artful efforts abounding, who knows, you might even become an artist yourself. 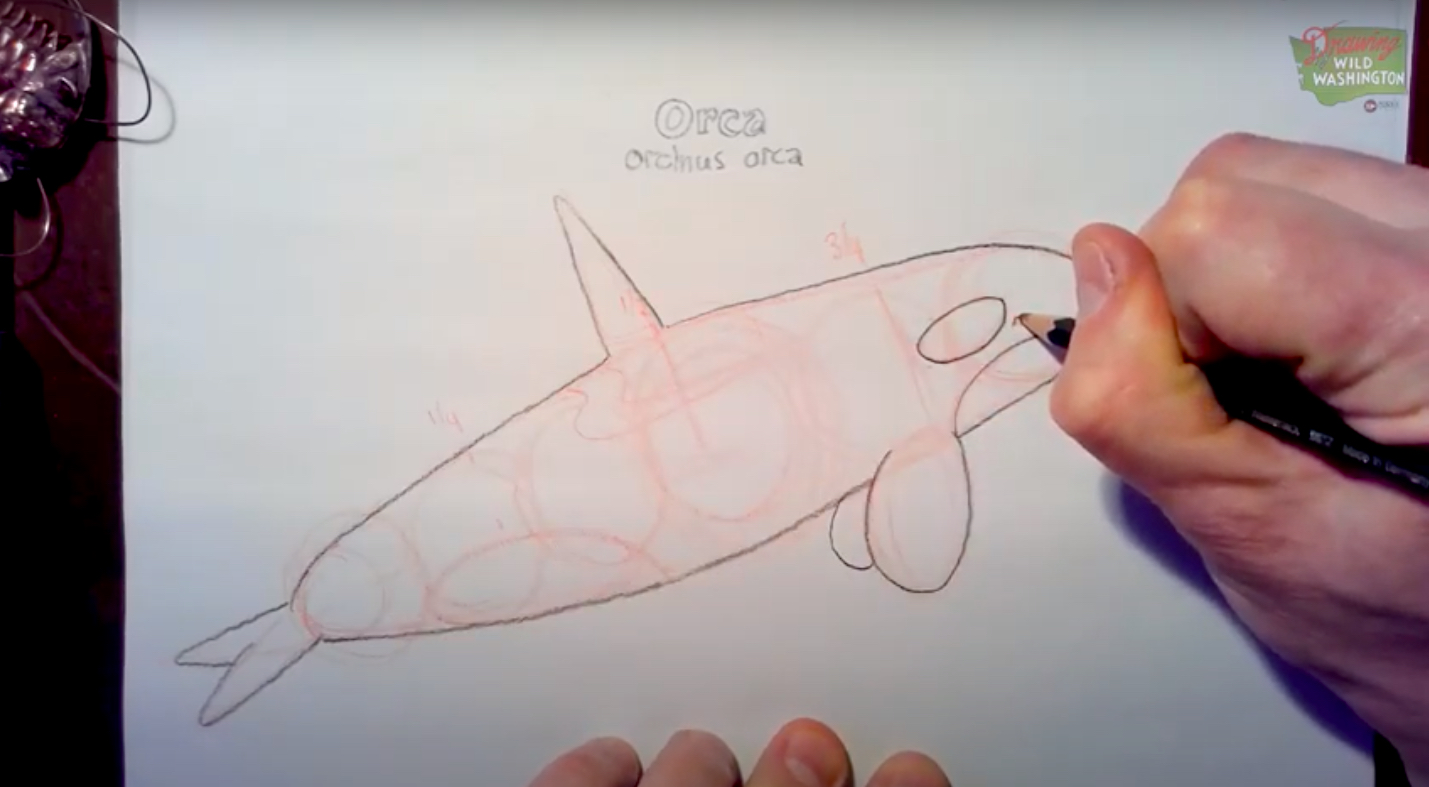 This week the Burke Museum launched a new online series, Drawing Wild Washington, featuring Seattle artist Jed Dunkerley, whose 20-foot mural at the Burke depicts the six Washington state ecosystems. The aim of each episode is to illustrate the flora and fauna of our region, with a sprinkling of fascinating facts (did you know an eagle’s nest can weigh 6,000 pounds?). As a longtime high school art teacher at Seattle Public Schools, Dunkerley is well versed in the importance of keeping instruction engaging.

I can’t draw at all. But I liked the concept so I hit play. In the first installment, Dunkerley shows us how to draw an orca and an eagle. How does he start the orca? With six adjoining ovals. The geometric approach isn’t revelatory for anyone who has studied illustration, but I was genuinely captivated watching the animal shape emerge from the ovals. I could feel my perspective shift. “Practice seeing the shapes within the shapes,” Dunkerley encourages, “and then you can draw anything.”

His promise reminded me of a book, Drawing on the Right Side of the Brain, by Betty Edwards (1979), which my mother gave me when I was 11 or 12 years old. It was part of her eternal quest to foster my creativity — encouraging me to ditch my logical, analytical, editor side (left brain), and grab a flight to an uncharted destination (right brain). Now a classic text, the book bases drawing exercises on making a mental shift to more spatial, intuitive right brain thinking.

I remember being terribly frustrated by the book as a kid. I did a few of the exercises and quickly gave up because I couldn’t silence the inner voice saying, “This looks terrible! That’s not what a nose looks like!” But this week I decided to give it another go, some 40 years later. It’s so good! Edwards is clear, funny and convincing, even though in doing the initial exercises, I was instantly awash in the same panicky doubt: “How does anyone draw a nose, anyway?”

But then I got to an exercise I remembered enjoying — one where you copy a line drawing by Picasso that is placed upside down on the page. The disorientation knocks the left mode into submission, so the right mode kicks in. Et voilà, the drawing turned out better than anything I’ve drawn right side up. There’s a lesson in here somewhere, for these COVID days, about learning to trust in a new way of thinking, about seeing things differently when the world is turned upside down. 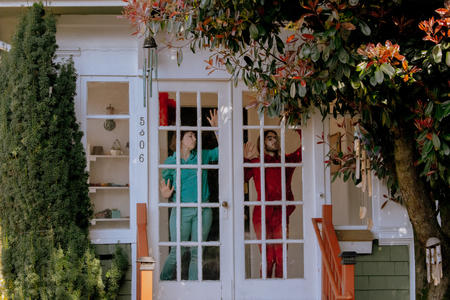