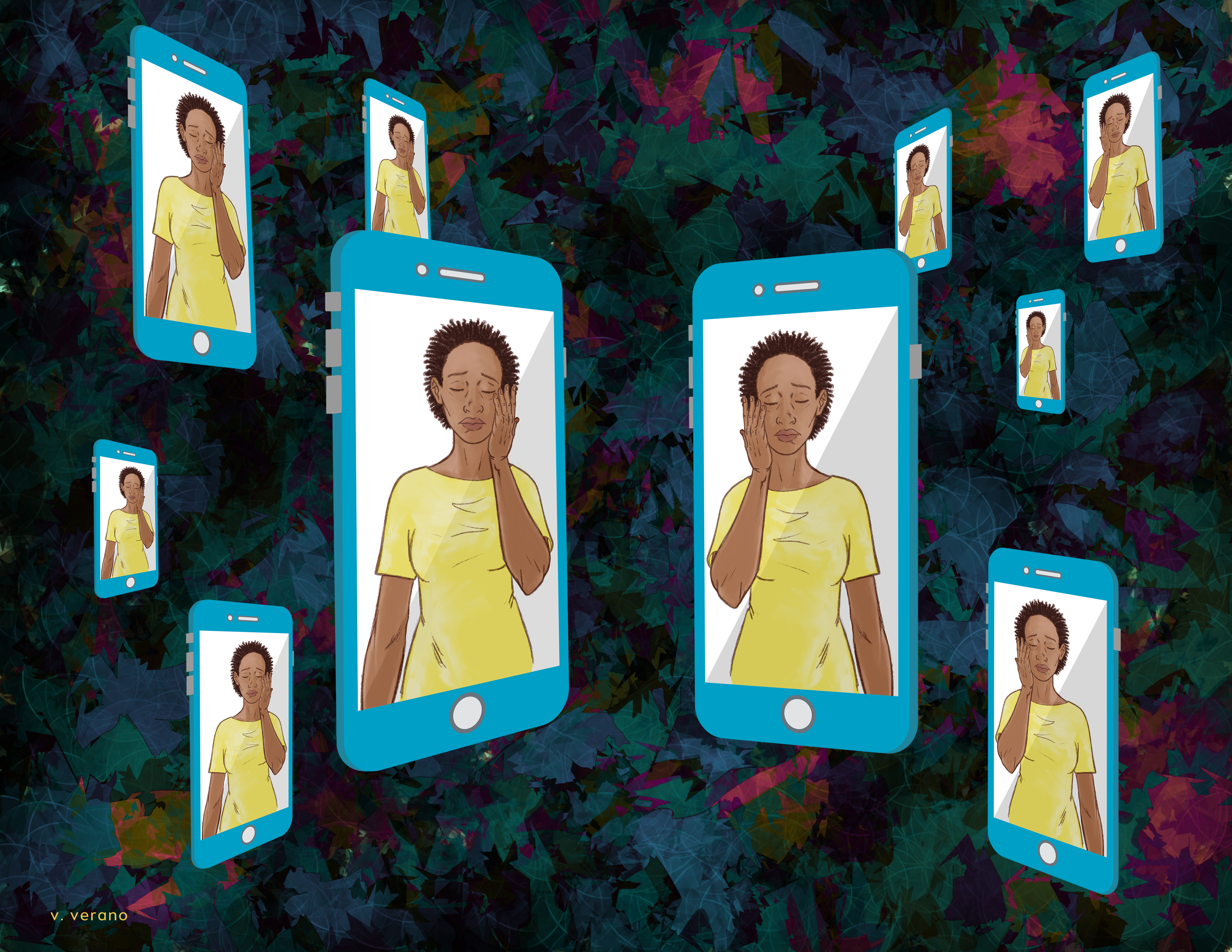 The dire health and financial consequences of the coronavirus have music shops on life support, restaurants clawing for survival, truckers desperately seeking personal protective gear, and essential workers pleading for help with rent. Facing immediate emergency and stay-home orders, many are turning to online giving platforms that can provide a rapid funding source and a gimcrack bridge between subsistence and destitution.

As the COVID-19 crisis unfolds, the for-profit GoFundMe has been the largest intermediary between donors and recipients. With control of over 90% of the online giving space, a 3% processing fee per donation and $60 million of coronavirus-related donations processed by the site since the pandemic started, GoFundMe has also been the primary benefactor. The number of people relying on such services, increasingly a solution for unexpected tragedy, is likely to increase as direct government aid proves inadequate or out of reach for many.

The scourge of the coronavirus is turning strangers into saviors overnight. But as giving floods online, some fear it will carry along the dregs of prejudice inherent in a racist society. And if gone unchecked, their biases could provide either salvation or more economic stratification for people and businesses of color.

“One of the things that has been troubling is the obvious ways in which different crowdfunding campaigns have the same outcomes, and those outcomes reflect existing biases,” says Nora Kenworthy, an associate professor at the University of Washington Bothell who studies the ethnographics of online crowdfunding.

Analyzing medical crowdfunding data in 2018, Kenworthy and her fellow researchers found that white people account for 75% of total campaign recipients, higher than their percentage of the general population. It also showed that non-Black people of color received $12 less per donation, while additional melanin in the skin meant even less, with Black people receiving, on average, $22 less per donation. Overall, despite being 12% of the U.S. population, Black people make up only 8% of recipients. Black women make up even less. Even with higher rates of diabetes, heart disease and death from breast cancer, they make up only 7% of all female recipients of crowdfunding support.

“We know that Black women are more likely to experience health problems. So why are they the least represented on that platform?” Kenworthy asks, referring to the relatively paltry numbers of donations they receive.

It’s likely for the same reasons they tend to be the least represented in board rooms, dating apps and the middle class. Discrimination exists in all contexts. As with much of the technology heralded as a grand equalizer for society, the promise of crowdfunding can be achieved only if its users are committed to that equalization.

“Crowdfunding reduces down to hyper-individual decisions, and hyper-individual aid,” says Kenworthy. “We know what makes things go viral — getting media coverage — comes down to individual people looking at your story and deciding whether or not you are worthy of their time and money.”

Those individuals were brought up in a society where white job applicants are 74% more likely to receive a positive response from employers than their Black peers; doctors are less likely to prescribe pain medication to Black and Latino patients with the same injury as white patients because of stereotypes around pain tolerance; and white people are more fearful of Black faces than white ones with the same expression. In other words, the crowd brings to social media the same unconscious biases they carry around offline.

What results is a public arena of dueling needs, where the most cherubic and relatable win.

“Many donors need there to be a lot of tears. They need to hear a sob story. They want this person to have never made any mistakes and for their hardship to be something unavoidable,” says Mijo Lee, who served as executive director of the Social Justice Fund NW, a Seattle nonprofit that concentrates on giving to social-change organizations led by people of color.

“People feel like they have to pimp out their hardship and personal tragedy,” says Lee, who makes clear she’s not criticizing anyone who uses crowdfunding campaigns for survival. It’s the fact that they have to do it in the first place that troubles her.

“Having a competitive marketplace for basic needs is unsustainable. We don’t want to go back to normal, and hopefully we won’t after this. Normal is people going to GoFundMe for health care. We need to fund structural, systemic change work in the long run,” she says.

Lee says people wanting to assist locally should give directly to mutual aid networks or social justice foundations, like COVID-19 Mutual Aid Network, SJFNW and relief funds for undocumented people. She is not shaming anyone or advising against giving through GoFundMe, but says donating to the aforementioned aid networks, where decisions are made democratically and with accountability to affected communities, better ensure equitable outcomes.

While people are increasingly turning to GoFundMe, Lee cautions that, as a for-profit company, it has very little independent oversight. For instance, the reason its algorithm gives certain campaigns prime digital real estate on its landing page over others is something only the company knows. (GoFundMe did not respond to multiple requests for comment.)

“They’re a company. They’re going to put forward what makes them more profitable,” says Lee, who now runs her own philanthropic consulting business.

What donors can control, however, might also be burdened by bias. As Lee points out, most of the time she’s given on the site has been to people within her friend circle. With white people’s friend groups being on average 91% white, that giving is primed to be racially exclusive since a homogenous social circle limits exposure to causes and plights of people of color.

“If you're white, and if you're not worried about money, look around at who you socialize with and who’s on your social media feed. I’m sorry but it’s going to affect your giving,” Lee says.

Alan Preston, a Seattle philanthropist and member of America’s privileged class, recently wrote an open letter to fellow members of his tax bracket, calling on them to step up giving to those most vulnerable during the COVID-19 crisis.

“We are in desperate need of a course correction,” he wrote. “We are facing the public health crisis of our lifetime. ... But let’s not kid ourselves about the disproportionality of the impact. It’s time for people like me in the owning class to be real about the fact that we aren’t going to feel it financially. In all the ways that money can buy, our quality of life will not be impacted.”

His own online giving to places like the Trans Women of Color Solidarity Network and the Seattle Sex Worker Mutual Aid Network has followed suit.

“It’s been a process of extending my own understanding of historical oppression and structural racism in this country, and my complicity as a white skin person as someone who benefits from it,” says Preston. “The scale of the need is extraordinary, and it’s hitting Black and brown folks the worst.”

Indeed, the coronavirus is devastating communities of color and immigrant communities at higher rates than whites.

While most charitable giving already disproportionately benefits white people, a more equitable distribution of crowd-driven aid is going to require self-accountability and an acknowledgment of power dynamics. But it will also require a new framework for how we see money. While many people may not be as well off as Preston, those with guaranteed salaries during the crisis also find themselves in privileged positions relative to many essential workers or the more than 30 million others who have filed for unemployment. Or the up to 90% of business owners of color who will likely not qualify for assistance under the federal government’s Paycheck Protection Plan.

“I think we can treat our money as medicine … to start healing some of these wounds of oppression,” Preston says, referring to an argument made in Edgar Villanueva's book, Decolonizing Wealth. “To use a reparations framework that seeks to redistribute wealth and power to communities who have long been denied it.”

It’s what “being all in this together” means for someone like Preston. At a time when we’re forced to pause, and settle accounts with our choices both individually and collectively, perhaps we can examine what solidarity looks like for those previously crushed by our winner-take-nearly-everything society.

One thing is for certain: A new society will emerge after this crisis, one that is more just or less so. That outcome rests on how many of us identify and rectify our biases one decision — or one donation — at a time. 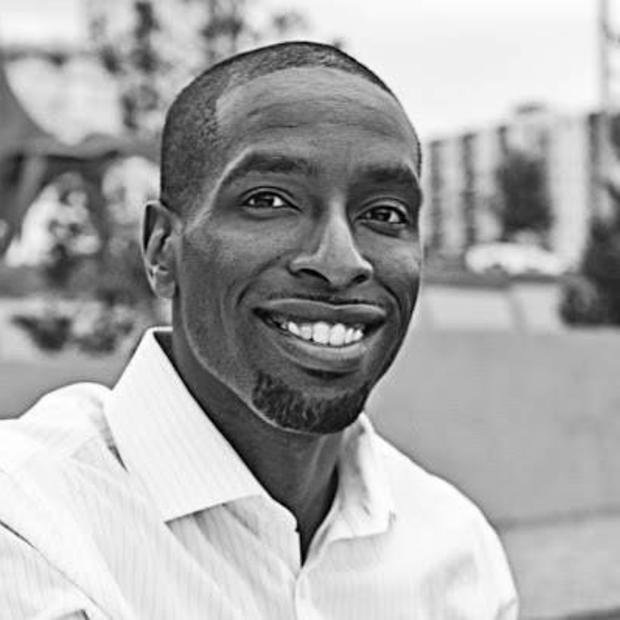