King County Republicans used to dominate the suburbs. That era is over. 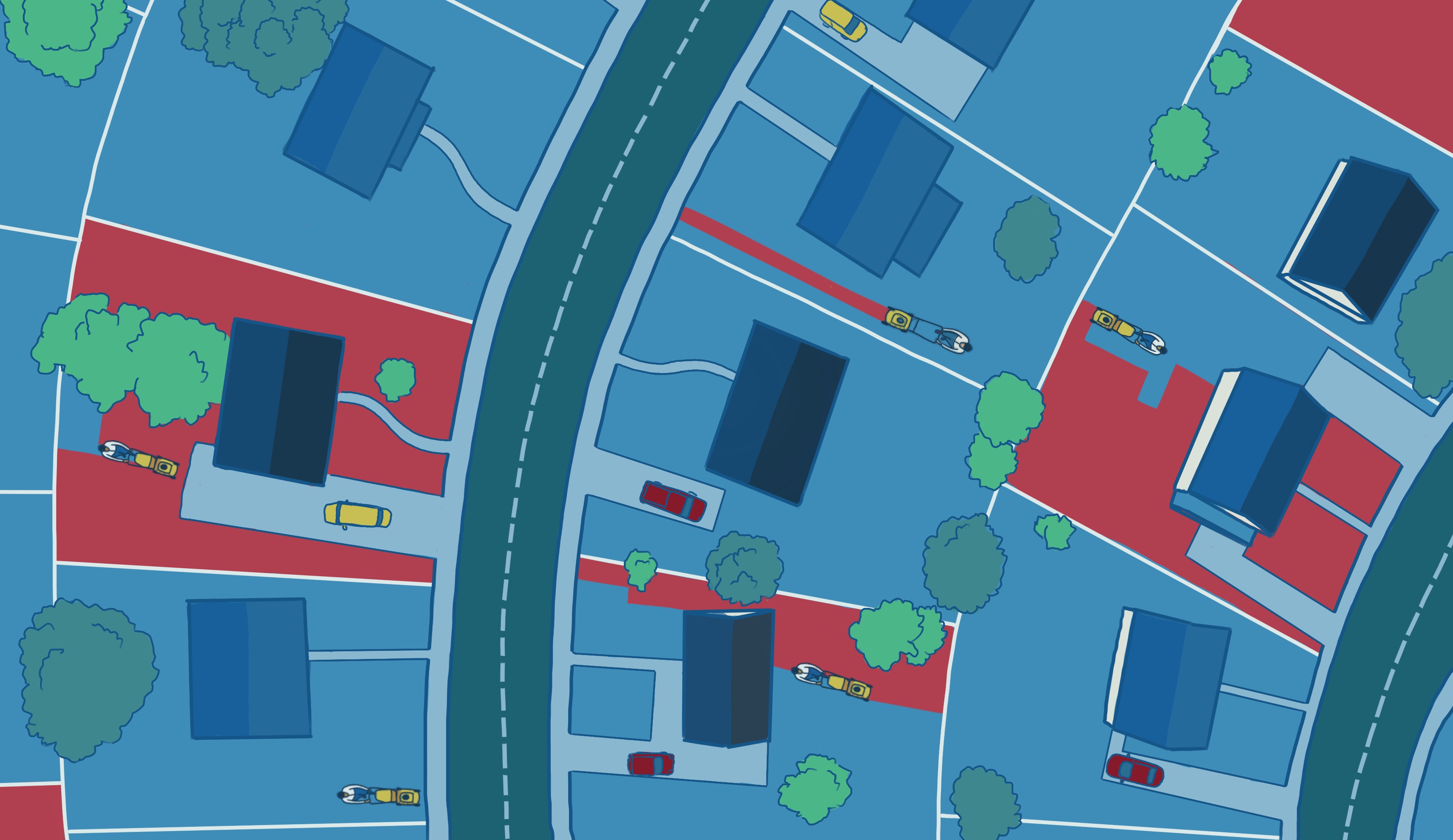 With Republicans failing to win elections in the King County suburbs, politics in Washington state is increasingly a fight between mainstream and progressive Democrats, writes Chris Vance. (Valerie Niemeyer/Crosscut)

The forces changing American politics – from Trumpism, to democratic socialism, to a global pandemic — are truly tectonic. I recently argued that 2020 will be a realigning election that will usher in a new party system, the seventh in our nation’s history.

Essentially, white college-educated, secular, suburban moderates are completing their migration from Republican to Democrat, while working-class whites, particularly men, are moving in the opposite direction. This shift makes the GOP more competitive in places like Wisconsin, but is a disaster for Republicans on the West Coast. Some new dynamic will soon replace the traditional binary competition between Republicans and Democrats here. The question is, what will that look like?

The Depression-driven landslide for Franklin Delano Roosevelt in 1932 was the greatest realigning election of all time. Washington had been a reliably Republican state, but that year the party lost 20 seats in the state Senate and 60 seats in the House. Overnight we had a new party system. Since then, Washington has leaned Democratic, but Republicans were often competitive and relevant.

From the mid-20th century onward, Republicans in Washington have elected numerous attorneys general and secretaries of state. The GOP won the governorship in 1940, 1948, 1964, 1968, 1972 and 1980; and won U.S. Senate races in 1980, 1988 and 1994. In 14 of the 36 state elections since World War II, Republicans have won majorities in one or both houses of the Legislature. As recently as 2017, Republicans had a slim majority in the state Senate and were only two seats short of a majority in the House.

That era is over.

Since Donald Trump came to define the GOP, Republicans have lost five state Senate seats, seven House seats and, for the first time, the 8th Congressional District. In the ebb and flow of politics, both parties have suffered far greater losses and recovered. But the problem facing the GOP is different this time.

All the Republican losses are coming in the suburbs, and you cannot win in Washington without doing well in the suburbs. Today there are zero Republican legislators from King County and no realistic chance that will change anytime soon.

This virtually locks in one-party rule in Washington state. To get elected statewide, a Republican needs at least 40% of the vote in King County. That is virtually impossible now in a high-visibility race for governor or U.S. Senate. And you cannot achieve legislative majorities without winning at least a few seats in the state’s biggest county. There are 24 other districts where Republicans have a realistic chance of winning, but even if they run the table in those areas — which is highly unlikely — they would still come up just short of a majority. And redistricting is likely to further constrict the number of districts Republicans can compete for.

Republican problems extend beyond King County, too. The party has lost, or nearly lost, suburban legislative seats up and down the Interstate 5 corridor, and even in Spokane County.

Polling confirms how deep a hole the GOP finds itself in. A January Crosscut/Elway Poll showed Democrats outnumber Republicans by a margin of 41% to 24%; and Democrats lead in the generic ballot test for the Legislature 52% to 35%. These margins represent historic highs for Democrats.

Politics is part art, part science. Math matters. The problem Washington state Republicans face is obvious: They must start winning in the suburbs again. Unfortunately for them, all politics now are national, and the national Republican message is not likely to become suburban friendly in the foreseeable future.

Does anyone imagine that the Trump, or post-Trump, GOP will be moving to the center anytime soon? The Republican base supports Trump’s nativist, protectionist, isolationist and stridently populist nationalism. It is largely made up of culturally conservative white evangelicals, who are ardently pro-life and opposed to same sex marriage and transgender rights — and reject climate change. All this works for the GOP in some parts of America, but not in West Coast suburban communities.

Washington state Republican leaders understand all this and will tell you that their candidates can separate themselves from the national narrative. I spent many years trying to make that case. Washington Republicans have consistently offered up moderate candidates statewide and in suburban legislative seats. But those candidates are consistently losing, a trend that Trumpism has dramatically enhanced.

Republicans rebounded after Democratic landslides created by events like Watergate, recessions, and the Katrina/Iraq/financial collapse election of 2008. This is different. This is much closer to 1932, a long-term realignment driven by the simple fact that voters do not agree with the Republican Party’s core philosophy. As long as the national party is what it is, there is no road back.

All this is to say that Washington state’s old party system — Democratic advantage with a competitive Republican opposition — is gone. Republicans will continue to win in rural areas, but for the foreseeable future they will not seriously threaten to win legislative majorities or major statewide races. There are two scenarios for what our new party system will look like. The first involves the creation of a new “party.”

At some point interest groups and activists may accept the reality that the Republican brand is toxic in the suburbs and move to create a new label for candidates to run under. Imagine if the business community decides it needs to win some suburban legislative seats to deny a Seattle-centric Democratic Party total control in Olympia. All it would take to launch something resembling a party would be a political action committee to support candidates all running under an agreed upon common identification on the ballot. If the will, and the money, is there, this could be easily done.

The much more likely scenario, however, is an acceleration and intensification of the current struggle between moderates and progressives on the left. There is undeniably a contest going on in the party between the Sanders/progressive/democratic socialist wing and the Biden/establishment/moderate wing. Across America, and here at home, primary battles are brewing. In the 10th Congressional District race to replace retiring Rep. Denny Heck, a democratic socialist named Joshua Collins is facing off against several more establishment Democratic politicians. State Rep. Zack Hudgins and former state House Speaker Frank Chopp have already drawn primary opponents, and rumors out of Olympia indicate more primary challengers may be on the way.

Primary contests between moderates and progressives are not new in the Democratic Party, but heretofore the focus has been on the traditional overall battle between Republicans and Democrats. As the Republican Party ceases to be a credible threat to Democratic control, the real battles in our state will likely be between the two factions of the Democratic Party. This year Gov. Jay Inslee’s decision to run again has largely squelched intraparty battles, but imagine the donnybrook when the governor’s seat becomes open at some point, or when either U.S. Sens. Patty Murray or Marie Cantwell retire.

This new party system — progressive Democrats vs. moderate Democrats and Republican survivors — has already taken root in California and will likely become the norm up and down the West Coast.

A pundit looking at the 1928 election results would have seen one-party Republican dominance in Washington state and never imagined that four years later it would be completely reversed. The contraction of the GOP in Washington has been more gradual, but just as impactful, and has given us a new party system.