Human Elements helped us learn the curiosity and humility of scientists

PNW scientists went into the woods, ocean and outer space. We followed them. 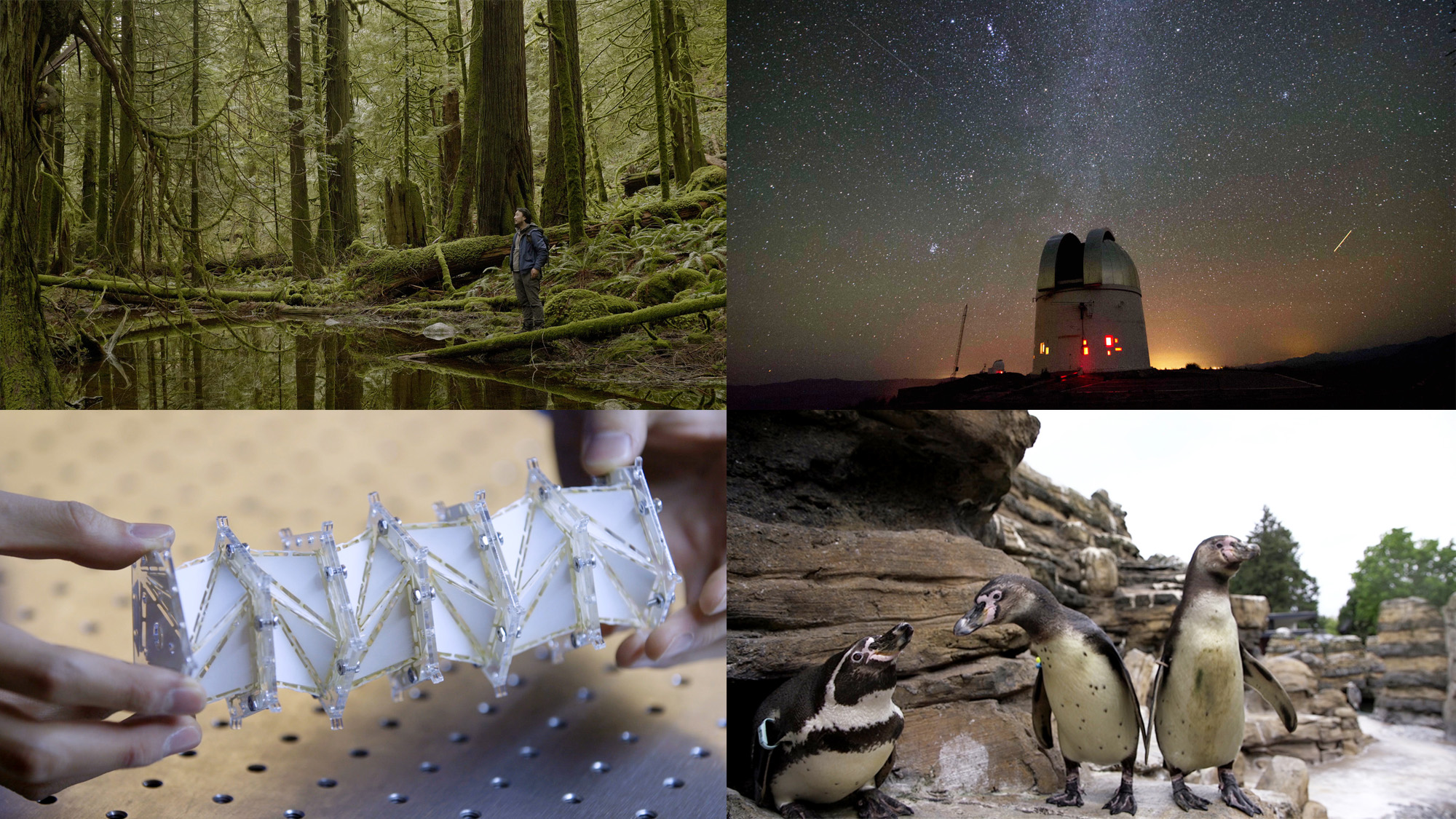 That's a wrap for season one. (Sarah Hoffman/Crosscut)

When Crosscut science and environment producer Sarah Hoffman and I dreamed up Human Elements, we wanted to get inside the minds of scientists. We didn’t want to profile facts, figures or the structure of research; instead, we hoped to take viewers into the intimate, emotional space between scientist and subject, where they discover and experience things no one else in the world has seen before.

What we didn’t expect was the level of adventure required to follow them. Hoffman zipped on snowmobiles with wildlife biologist Lauren Satterfield into the mountains to chase elusive mountain lions; felt an octopus hugging her finger in the San Juan Islands with neurologist Dominic Sivitilli; and tramped through primeval old-growth forests in British Columbia to measure giant trees with ecologist Ken Wu.

Each time, our guides opened up new lines of discovery and inquiry for us and viewers like you. They showed us how an octopus thinks with its arms, or how algae sheltered on high snowfields might hold keys to the origin of life. But you might have to dive into the freezing ocean or ski 20 miles up the side of a glacier to see how these researchers figured that out.

For the stars of our episodes, science was always just the jumpoff. We learned that what truly drove them was how it intersects with all parts of life — how art, sports or philosophy inform their thinking and breakthroughs. When the distinctions between those disciplines disappear, an origami unicorn becomes a breakthrough in mechanical engineering, or the death of a star gets us closer to understanding our own place in a seemingly eternal universe.

Above all, the scientists approached the natural world with curiosity and humility. That’s something in increasingly short supply, and it’s especially valuable in uncertain times. They knew they didn’t have all the answers, but that didn’t stop them from asking life’s big questions and sharing it with the world. We should all be challenged to think this way, and each of the 10 episodes of Human Elements offers the viewer an inspiring way to start.

• Climbing to find the origins of life with biologist Dr. Robin Kodner

This story was first published in Crosscut's Weekly newsletter. Want to hear more from editors like Ted Alvarez? Sign up for the newsletter, below.