Washington's uphill battle to get back to work

With a COVID-19 vaccine still out of reach, stimulating the economy and slashing unemployment present an extraordinary challenge for lawmakers. 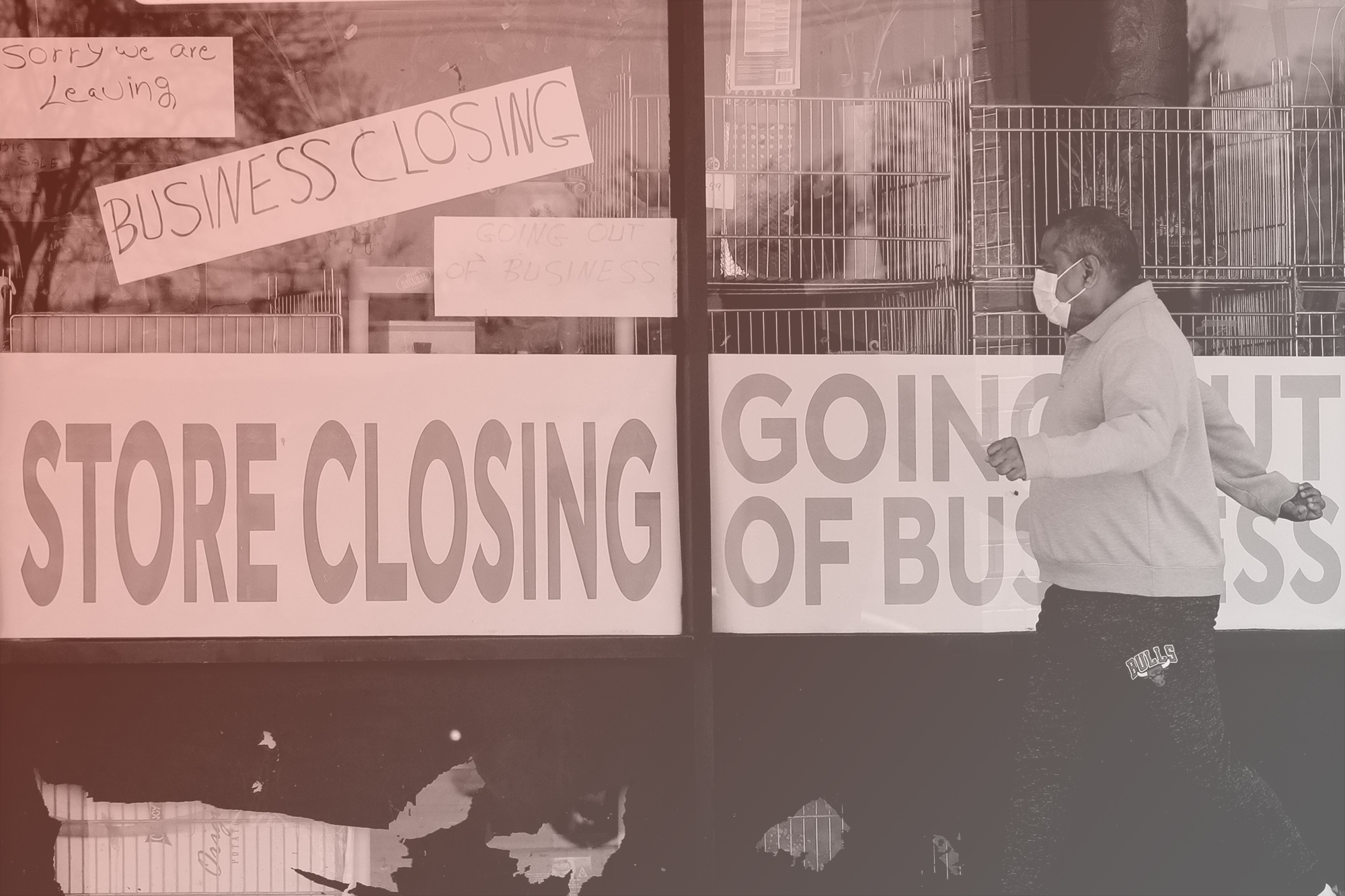 For much of 2019 and through February of this year, unemployment in the Seattle metropolitan area ambled along at well below 3%, a historic low. Restaurants and hotels complained of a tight labor market. With stunning speed, the coronavirus pandemic swung the nation to the opposite extreme, causing mass unemployment on a scale not seen since the Great Depression, complete with modern day bread lines. April job losses were off the charts. Unemployment hit 14.7%, blowing past the high-water marks of living memory — 10.1% in 2009, 10.8% in 1982 — and recalling the dark days of 1933, when one in four American workers was out of a job.

In fact, we’re probably already past that point, for several reasons. First, there’s underreporting, as states grapple with backlogs of unemployment claims and problems of worker classification. Second, there’s how we do statistics. The Bureau of Labor Standards actually publishes six different measures of unemployment. The official measure, called the U-3 rate, considers only the universe of people who are either working or looking for work. The most expansive measure, U-6, also includes those who want work, but aren’t actively job-seeking, and part-timers who’d prefer full time. This may be more comparable to how unemployment was figured in the 1930s, and the April report puts that number at 22.8%. Finally, there’s the fact that these numbers are already weeks old, with millions more job losses piling up since. In Washington state, as of May 9, one in three workers had filed for unemployment or other assistance since the pandemic began. The May report, due out June 5, will be a doozy.

Read more: What the drop in the price of oil could mean for the climate.

But unemployment is just a number, and it doesn’t capture how today’s job losses differ qualitatively from those of previous downturns, differences that are crucial when we consider how governments — national, state and local — should respond.

The central question is this: How, in a deep recession, do you get people back to work? Opinions differ. If you’re a market fundamentalist, the answer is to do nothing; the occasional crash is a market correction or a passing confusion, and government meddling only makes things worse. If you’re a Keynesian, recessions are fundamentally about insufficient consumption and investment; governments must intervene to stimulate demand and revive private sector activity. If you’re a monetarist, you prefer a lighter touch, believing that expanding the money supply is the best medicine. And, if you’re a Marxist, you may be thinking less about the road to recovery than about the death agony of capitalism and whether it’s finally at hand — a hope that seems less far-fetched today than at any time since the 1930s.

So much for theory. Faced with flesh-and-blood upheaval at the scale of the Great Recession or our present crisis, politicians find themselves under immense pressure from constituents and corporations alike to do something. In practice, the question is not whether, but how and how extensively, they use the Keynesian toolbox. (Hence our $1,200 “stimulus checks” bearing the name of President Trump, who I can’t imagine fancies himself a Keynesian.) The tools forged over the past century include safety net programs and tax cuts that bolster households’ buying power; bailouts and loans to prop up floundering businesses and banks; lowering interest rates to spur borrowing and investing; public works programs that create jobs for the unemployed; and borrowing or printing money, or raising taxes on the wealthy, to pay for it all. (Mobilizing for war helps, too.)

But this isn’t your mother’s or your great-grandmother’s economic crisis. Much of the country may technically be reopening, but until the coronavirus is decisively reined in, which could take years, life won’t return to normal. Spending and employment fell before shelter-in-place orders began; it’s the virus, more than the shutdowns, that’s killing commerce. How do you stimulate the economy when people don’t feel safe leaving home? The conventional tools may not be useless, but they’re severely blunted.

The impacts of this crisis are different, too. People aren’t just spending less, they’re spending differently. Movie theaters, concerts and shows are out, streaming entertainment is in. Retail shopping is out, Amazon is in. Rather than frequenting restaurants and cafés, and riding Uber or Lyft (or public transit) to get there, people are driving to the grocery store to stock up for a week. These new consumption patterns favor consolidation. Money, instead of circulating through an ecosystem of local businesses that sustain local jobs, now accumulates in the coffers of a handful of huge global corporations. Recessions tend to be harder on smaller businesses than larger ones, just as they’re harder on the poor than on the rich, but the coronavirus crash is causing devastation at a whole new scale. In a survey of small Washington state firms, nearly 55% reported a “large negative effect.”

Recognizing the unusual nature of this crisis, some European countries, including Denmark and Germany, have tried to prevent mass unemployment by “freezing” their economies. The government pays businesses to keep workers on the payroll, even if they can’t actually work. The troubled Paycheck Protection Program is an extremely limited version of this idea, and U.S. Rep. Pramila Jayapal, D-Seattle, has proposed a more comprehensive plan. But so far, the U.S. is mostly relying on an uneven patchwork of state unemployment insurance programs — thankfully bolstered temporarily by $600 weekly payments and extended to independent contractors in some states, including ours — to keep afloat tens of millions of laid-off workers.

Keeping money flowing to households is vital, but it’s only half the battle. The tougher question is how to revive, or replace, whole sections of the economy whose business models are simply not suited to a virus-beset world. Sure, restaurants can slowly reopen their doors for socially distanced dining. But will a trickle of customers enable them to pay their workers, let alone turn a profit? The same goes for theaters, retail stores, cafés and bars. And, if industries like travel and hospitality are destined to shrink, where will those workers find new jobs?

The federal government, with its ability to go into debt and conjure money out of thin air, is best placed to engineer large-scale solutions to these problems. Washington state and local governments are somewhat hamstrung, at least for now, by laws requiring balanced budgets. But there’s still a lot they can do with a little creativity and political gumption. Next week I’ll highlight a handful of proposals I think are worth pursuing. I have a few in mind already, but please send me your ideas, too. Lawmakers need our help! 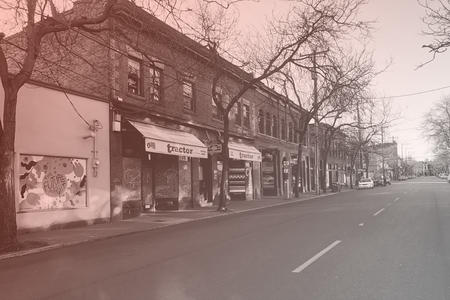 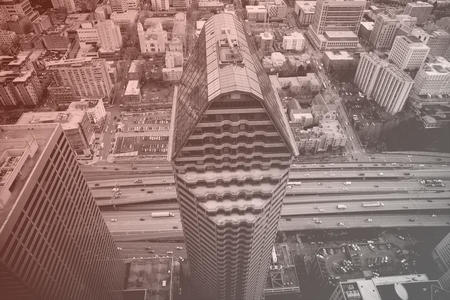