White innocence is a fantasy. Here's how I'm confronting it

The killing of George Floyd presents yet another opportunity for white self-reckoning. 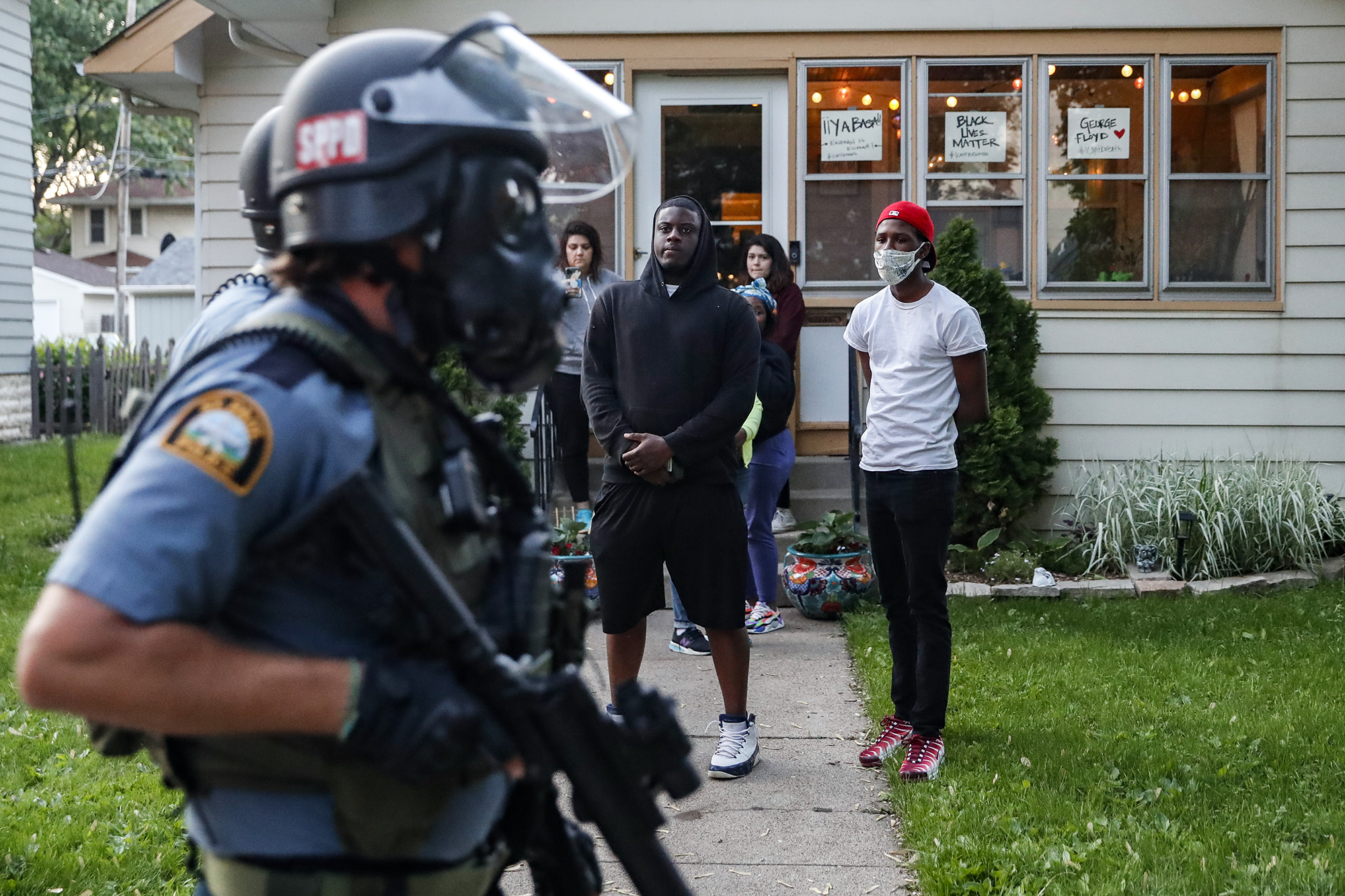 Protestors watch as police in riot gear walk down a residential street, Thursday, May 28, 2020, in St. Paul, Minn. Protests over the death of George Floyd, a black man who died in police custody Monday, broke out in Minneapolis for a third straight night. (AP Photo/John Minchillo)

As I write this, Minneapolis is smoldering. The uprising that followed the killing of George Floyd by police comes at the end of a macabre month. In recent weeks, the nation has learned about a half-dozen deaths of Black Americans by the hands of law enforcement or retired law enforcement. They occurred in states across the country. Georgia. Florida. Kentucky. Minnesota. Washington.

While the Twin Cities burn, it should not be lost on us that Seattle, also liberal, also majority-white, suffers from its own troubling history of segregation and police violence. A federal judge is still unsatisfied with the city's systems for holding police accountable. The agony in the Midwest, and around the country, should serve as a warning: One more match can light a city on fire. But it is not a riot we should fear. Far more dangerous is the continued complacency of white people, our failure to listen, reflect, speak out and act.

These killings form a national thread of death and despair, woven into a tapestry as old and wide as our fever-stricken Union. The fever is rising. Our nation is sick, sick with fear, sick with a false and fatal innocence.

Surely the weight of this moment is enough to crush this innocence. Surely you cannot watch George Floyd cry for air, cry for his mother, then watch his face go still beneath the knee of a police officer, and claim you live in an innocent nation.

Now, as ever, we must look inward, toward the source of our perceived innocence. Toward the stories we tell to distance ourselves from the suffocation and the flames. Those are our wounds, too.

Now, as ever, we must summon the courage to respond. The insensitive comment from a colleague or family member: this is our moment to respond. Expect imperfection, expect to stumble — respond anyway. The police interaction with a Black man that just doesn’t feel right: this is our moment to respond. Bear witness, practice skepticism, remind yourself that police have historically and systemically treated Black and Brown people differently than people who look like you and me. Draw your attention to the way armed white protesters have occupied space at state Capitols. Notice how they threaten a governor. Then ask why the president calls them “very good people,” while he invokes a not-so-distant racist past to imply that protesters who loot in Minneapolis could be shot by the U.S. military.

Now, as ever, we must commit ourselves to the responsibility of our inheritance. This requires study, humility, attention to history. Learn to hold unknowing in your gut, to sit with complexity, to not be sure. It is a beguiling aspect of the present era that more and more people like me are starting to see ourselves as white, that we are starting to reckon with the remnants of our inheritance, to see the thread connecting black and white images of racist violence to Facebook streams of police shootings. This is a welcome development, but there is no manual for this, only best practices. Choose restraint over excessive enthusiasm, listening over talking, presence over comfort, maturity over innocence. You will fail at this, as I and many other white people concerned with racial justice have inevitably failed. But you cannot bow out. The tension between silence and protest, between taking up space and ceding it to others, is one that must be constantly negotiated. Mistakes will be made. Acknowledge them, repair the damage, move forward.

You and I and others like us necessarily have achieved various levels of racial self-understanding. Knowing ourselves in these terms — owning our whiteness, accepting it, noticing how it frames our view of the world — is a deeply interior experience. This week, reflecting on the white woman who called the police on him, the Black birder Christian Cooper said, “I don’t know if it was a conscious thing or not, but she did it, and she went there.” The fact that our actions may be governed by unconscious forces is harrowing.

But we are not helpless. When you begin to peel back the layers of our socially formed self-conception, learning occurs. We begin to see ourselves anew, to notice our automatic and sometimes troubling impulses. This is where the work begins. It is perpetually unfinished and often painful, but it is never unsatisfying. It broadens our internal horizons. More important, it can deepen our relationships with people of color. It is a commitment worth making. To make this commitment is to do right by your neighbors and friends and fellow citizens who are crushed by the weight of injustice again and again and again and again and again.