Journalism, like schools, libraries and utilities, is a public good. Let's support it just the same. 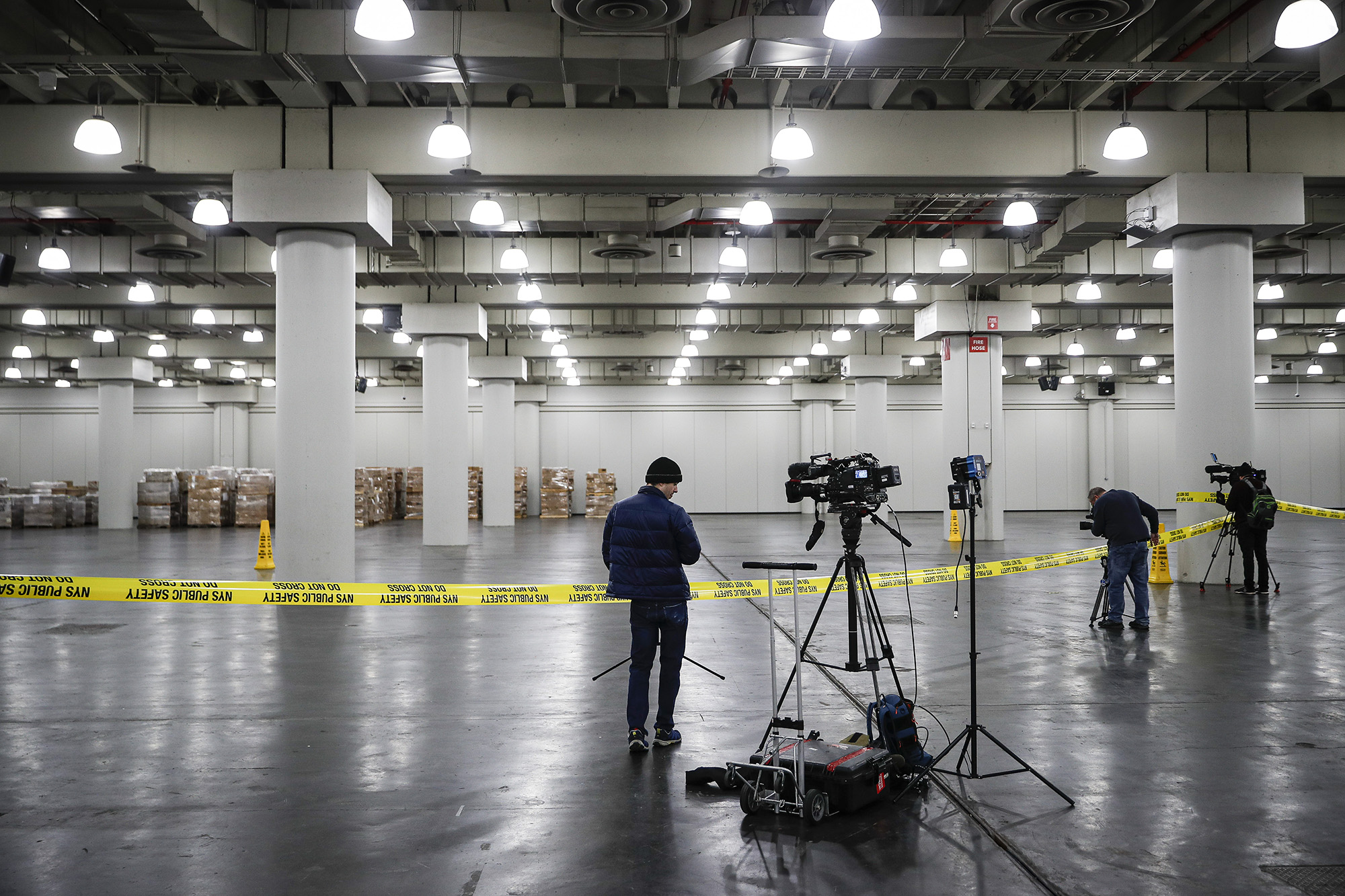 In Seattle and throughout the nation, the COVID-19 pandemic is killing local journalism, with devastating consequences for public welfare and for democracy itself. After two decades of decline, a further and steeper collapse of advertising revenue is decimating what’s left of the for-profit news industry, while a looming economic depression threatens the charitable donations on which public media outlets traditionally rely. Newsrooms are shrinking, journalists are losing their jobs, and important stories are going unreported. And it could not be happening at a worse time.

In the midst of this crisis our need for timely and accurate information has never been greater — not just to better inform us on how to cope with the deadly virus, but to help facilitate an informed public policy debate over how to build a more inclusive, resilient and broadly prosperous future. Labor advocates are calling for hazard pay for essential workers. Tenants are pushing for permanent rent control. Even many moderates are advancing the once-radical idea of a universal basic income. COVID-19 is rewriting the rules of our economy in real time, compelling us to look beyond the limited political sightlines of late-stage capitalism. For the city of Seattle, the time is now to invest in publicly funded journalism.

The coronavirus crisis is upending the economy. Here's some ideas to soften the blow.

Of course, publicly subsidized media is not a new idea. Millions of latchkey Gen Xers and millennials fondly recall receiving tutelage on Sesame Street or in Mister Rogers’ Neighborhood, while Americans of all ages rank PBS, NPR and BBC as among their most trusted news sources. Cities and states across the nation are already experimenting with publicly funded journalism at the local level: In 2018, New Jersey lawmakers appropriated $5 million to staff a civic journalism consortium, while Philadelphia, Detroit and Chicago have all launched promising pilots to secure public funds for media that serve underrepresented communities. As more localities see the value of supporting journalism with public funds, a city as cosmopolitan as Seattle shouldn’t be left behind.

It is in this context that we propose the creation of an independent news organization (for the purposes of this discussion, we’ll call it The Local), to be governed by a not-for-profit board and initially funded entirely from the cable franchise fees already paid to the city by Comcast, CenturyLink and Wave Broadband. A $1 million annual budget would be sufficient to support a seven-person unionized newsroom, while providing ample funds to pay for freelancers, interns and overhead. The journalism produced would be made available to the public from The Local’s website, ad-free and without subscription.

But just as important, all work The Local produces would also be made available free of charge to other local news outlets, to be reprinted in whole or in part, in print or online, in front of or behind a paywall — no different from stories reprinted from the Associated Press, Reuters and other newswires. For example, both The Seattle Times and Crosscut would be free to supplement their city hall or investigative reporting with that produced by The Local. In this way, The Local’s budget is also an indirect subsidy to incumbent news outlets, enabling them to enhance their coverage — providing added value to subscribers and advertisers alike, at no added cost. The Local would not be a competing news outlet. It would be additive and complementary to the entire news ecosystem as it exists now and evolves into the future.

In addition to being an extraordinarily stable source of funding, largely immune from economic volatility and political shenanigans, the cable franchise fee is in many ways a uniquely appropriate mechanism for funding public journalism. To be clear, this is not a tax; this is the rent these companies pay to string their cable from city-owned poles and beneath city-owned streets — the same cable that delivers the broadband through which Facebook, Google and Amazon have sucked journalism dry by monopolizing 70% of online advertising revenue. In fact, these fees are so appropriate that they have always funded public media; they are currently the source of funding for the Seattle Channel and for public access television. Seattle’s cable franchise fees generate about $10 million a year — potentially much more when the Comcast franchise agreement is renegotiated in 2025. By diverting just 10% toward supporting independent local journalism, we would essentially be leveraging one public utility to help build another, similar to the way that City Light poles help make Comcast feasible.

By creating infrastructure for public journalism, Seattle could reanimate its own rich past of establishing civic utilities to meet the emergent needs of a dynamic population. Back in 1910 — before Seattle voters approved the construction of light rail in 1996; before KUOW was among the first radio stations to charter NPR in 1970; before gas tax revenues paid for dozens of Seattle New Deal projects in the 1930s — Seattle created Seattle City Light. In the heart of the Progressive Era, when America’s urban areas shone with new streetlights and home electronics — relocating 11 million rural people to cities in the years spanning 1870 to 1920 — Seattle was the first city in the nation to place a hydroelectric dam under public control. Today, Seattle City Lights serves nearly a half-million metered customers, bringing in tens of millions of dollars of revenue annually for the city by providing a basic necessity at an affordable price — a testament to the foresight of Seattle’s civic forbearers.

Opponents of publicly funded journalism will try to paint it as a boondoggle or a government takeover, money poorly spent on media that will probably be biased and possibly corrupt. The anti-“socialist” line of argument has been used in every generation by every enemy of every ambitious city program in Seattle, from regrades to rezones. In 1912, The Seattle Star published a poem that decried the “shattered dams” of Seattle City Light and trashed the street adjustments and public parks Seattle built to keep pace with its growth. Critics who can’t see how public journalism would benefit present and future generations of Seattleites are similarly stuck in the past.

As for the assertion that public journalism in Seattle would be biased in favor of the City Hall establishment that cuts its checks, what actually stands out in the history of public journalism is not how prone it is to apologize for those in power, but rather how willing PBS and NPR are to entertain ideas, which, if applied, would result in the incineration of public media itself. Recall Sen. Mitt Romney informing the nation of his proposal to slash PBS funding (“I love Big Bird”) in a 2012 presidential debate literally hosted by PBS; or the criticism NPR has received for the perception that it cleaves too closely to the political center in the age of Trump, famously no friend of journalism. When PBS aired neoliberal economist Milton Friedman’s anti-government documentary Free to Choose on the verge of the Reagan Revolution in 1980, it showed that public media could be fair and balanced to a fault.

Washington state has a long tradition of establishing independent watchdogs like the Public Disclosure Commission or Seattle Ethics and Elections that routinely bite the hands that feed them. Regardless, the governance structure of The Local can be set up to shield it from political interference and intimidation (including representation of staff on the board), while the funding structure could be made immune from political tampering by writing the appropriations directly into the 10-year cable franchise agreements as they are renegotiated.

Like many of COVID-19’s most vulnerable victims, local journalism entered the pandemic wracked by preexisting conditions. Advertising revenue, the lifeblood of the newspaper business for almost three centuries, peaked in 2005, collapsed in the wake of the Great Recession, then continued a slow and steady decline. By 2018, newspaper ad revenue had fallen 70%, newsroom employment had halved, and one third of newspapers had closed — including the venerable Seattle Post-Intelligencer and the Seattle Weekly. The Stranger, which laid off most of its editorial staff in March, isn’t far behind.

For the past two decades local newspapers have searched for new business models that could at least allow them to eke out a living, if not actually prosper. Sadly, there isn’t one, at least not yet. Advertisers never lavishly subsidized journalism out of a sense of civic duty. They did it because in the age of print, newspapers were the gatekeepers between sellers and buyers. No more. And while the pledge drives that sustain public broadcasting are both laudable and heartening, the heavy reliance on corporate sponsorship is as problematic as advertising — and neither corporate sponsorship nor member support has proved capable of scaling to the enormous size of our crisis in local journalism.

In the United States we have clung to this belief that the only two options for funding journalism are markets or philanthropy. They’re not. Like parks, schools, libraries and more, journalism is a public good, and as such it is perfectly reasonable — even desirable — to fund it with public dollars. At a time of social distancing, we offer this proposal in the hope of starting a public conversation while public conversations are still something to be had. 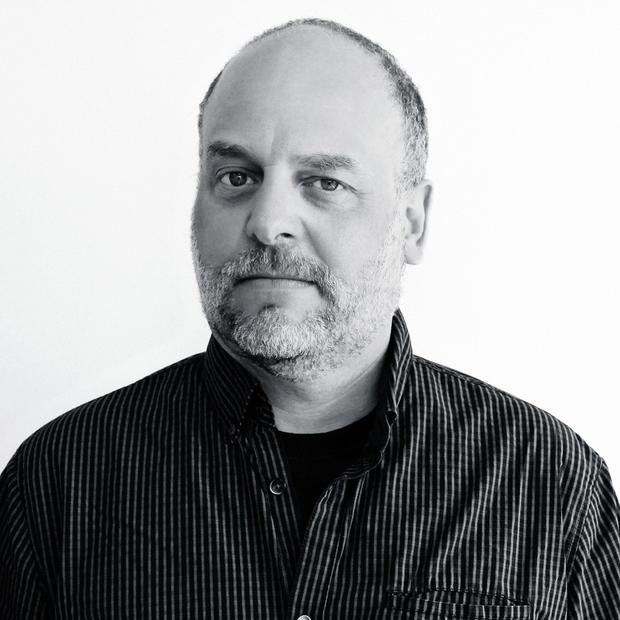