From inns to restaurants, businesses throughout the state could feel the economic effects of COVID-19 shutdowns for years. 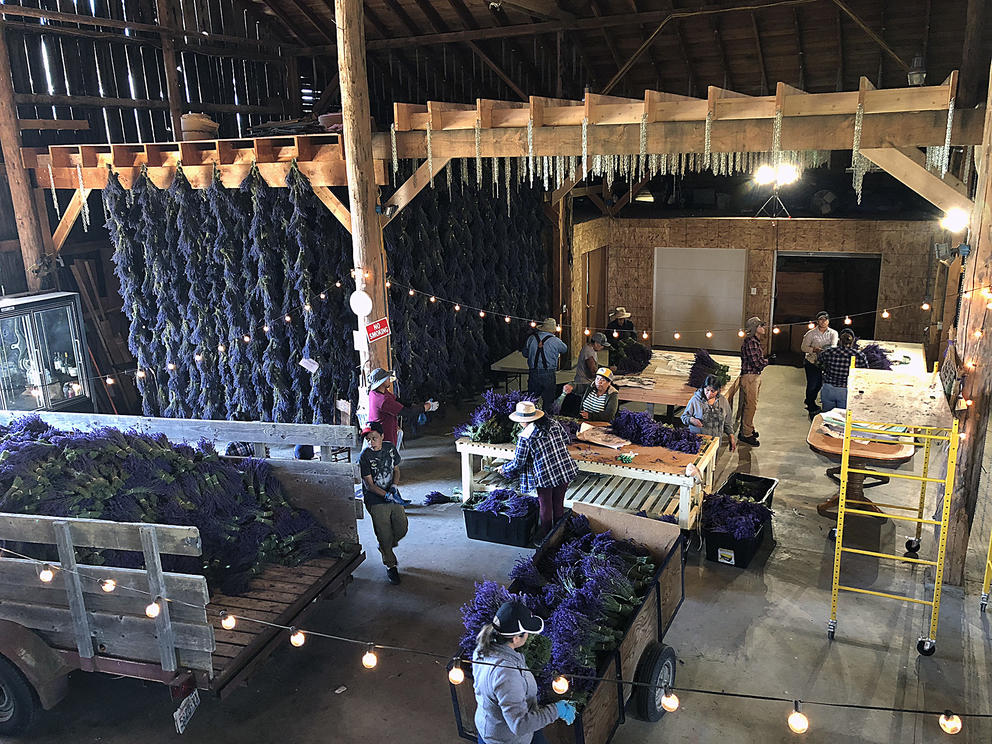 Looking back, Craig Jaeger saw the warning signs. He’d gotten hints of the pandemic to come earlier than most.

In mid-February, he got an email from a German family who had planned to stay at his inn in Sequim on  Washington’s Olympic Peninsula. The message showed some concern — they had heard of a spreading virus and weren’t sure what that would mean for international travel. They told Jaeger they’d keep him posted.

A couple weeks later, the family canceled the reservation. Many others who had planned to stay at Jaeger's GreenHouse Inn by the Bay followed suit. By the end of April, when news of the coronavirus was widespread and most people understood what was happening, the inn was at zero occupancy.

“I’m a positive guy, but it’s really tough,” he said. “There’s no revenue coming in.”

Sequim, like many other small towns on the Olympic Peninsula, makes most of its money off tourism. Businesses like Jaeger’s are seasonal, typically seeing slow winters and depending mostly on revenue from visitors who come during the warmer months. Out-of-state tourists are lured by the peninsula for all sorts of reasons, including the presence of the Olympic National Park, recreation opportunities like fishing, annual traditions like the Sequim Lavender Festival and even — still — the area’s mention in the Twilight book series. But the pandemic and Gov. Jay Inslee’s mandates in response have disrupted the norm. While some restrictions on outdoor recreation are easing on May 5, national parks and other federal lands remain closed.

“You usually have a feel for what the typical flow of traffic and revenue [will be],” Jaeger said. “That has just been totally upended.”

Throughout the Olympic Peninsula, the spread of the coronavirus has been much less significant than in Seattle. Clallam County, where Jaeger’s business is located, has seen only 18 confirmed cases of the coronavirus and no deaths thus far. But the virus’s economic impacts have been huge, and many worry that losing revenue during the year’s busiest months could be the end of their businesses.

Last year, March and April saw over 100,000 visitors a month coming into the Olympic National Park. Those people spend money at nearby businesses, which depend on summer traffic to pay their year-round bills.

“None of those people are coming in now,” said Marsha Massey, executive director of the Olympic Peninsula Visitor Bureau. “We’re really blessed in that we’ve had very few cases in Clallam or Jefferson County, [but] small businesses have really been hit hard in the economic part of the pandemic.”

David Blanford, the interim executive director of the Washington Tourism Alliance, said 80% of businesses involved in tourism are small businesses, and many of them run on thin margins. He wonders what will happen to Washington tourism as it takes years to recover from the economic downturn.

Jaeger said surviving the hit his business has experienced seems possible for two or three months, but any more is “a different story.”

“If we lock down through the summer, many of us would be hard pressed to be viable going forward,” he said. “Sooner or later, you have to make a choice.”

Seeking other ways to make it through

Many small businesses have applied for both a federal Paycheck Protection Program (PPP) loan and the Economic Injury Disaster Loan Emergency Advance (EIDL). The number of applications has been overwhelming; the Small Business Administration (SBA) has received over 2 million applications for EIDL assistance.

“This is a whole new ballgame with SBA loans,” Cowell said. “We processed 14 years’ worth of loan applications in two weeks. I wish we could get it to them faster, but we have to do what we have to do.”

With high demand, the SBA has been limited in its communication with business owners. Some have had no feedback on their applications and do not get notified if they will get a loan or not. Jaeger was surprised at the end of April to get a $2,000 business loan from the SBA with no advance notice. While it’s a boost, Jaeger said it can only do so much.

“For small businesses that lose two or three months of revenue, it’s more significant than that,” he says.

Many businesses have filled out form after form without receiving any help. Bret Wirta, owner of two inns and a restaurant in Sequim, said that’s understandable, given the number of applications, but it’s still disheartening for any business concerned about surviving the year.

“We’re hemorrhaging tens of thousands of dollars in cash a month,” he said. His business hasn’t received any financial aid yet, which he calls “disappointing because we’re literally the poster child for this.”

Lavender farms have also had to reconfigure plans for the year, since they don’t expect to benefit from tourism this summer. Zion Hilliker, co-owner of the B&B Family Lavender Farm in Sequim with his wife, said making plans has been tricky. While they would typically start now to create their lavender products such as essential oils and lotions, they’re not sure how much to spend on preparations because they don’t know how much they will be able to sell to tourists.

“We really have no clue,” he said. “That’s the scariest part, not having any idea.”

Even if the prospect of traveling internationally seems distant, Massey said, local travel could spike once it becomes safer to leave home. National studies tracking how people are handling the coronavirus outbreak show a building desire to travel.

It could be good news for tourism-dependent towns throughout the state if visitors trickle back to the peninsula and other parts of Washington this summer, but Massey said the next step is figuring out how to deal with those visitors responsibly. While some outdoor recreation will be allowed with the easing of restrictions on May 5, Inslee’s April 27 announcement made it clear that recreation should happen locally. Businesses and residents in small towns that have seen few cases of the virus are wary of what a large influx of visitors could mean.

“We look forward to the time when we can safely and responsibly welcome visitors and outdoor enthusiasts back to the Olympic Peninsula. But now is not that time,” Massey wrote in an email. “Given limited rural health care infrastructures, our county health officials are still strongly discouraging nonessential travel to and throughout the Olympic Peninsula.”

The Washington Tourism Alliance has set up a website where people can find small businesses to support by purchasing gift certificates. The alliance's Blanford said the group is working on other ways to direct funds to businesses that typically rely on tourism.

It won’t be easy, he said, and the tourism industry as a whole will be dealing with the impacts of the pandemic for years to come.

Here’s what readers from around the region have been thinking about this week. We still want to hear from you, too.

Seattle could become the next 15-minute city

By making sure essential services are just a short walk or ride away, the city could recover from the pandemic and fight climate change at the same time.

Manola Secaira is the Indigenous Affairs Reporter for Crosscut. She covers stories involving Native communities throughout the Pacific Northwest. Find her on Twitter @mmsecaira or email at manola.secaira@crosscut.com. 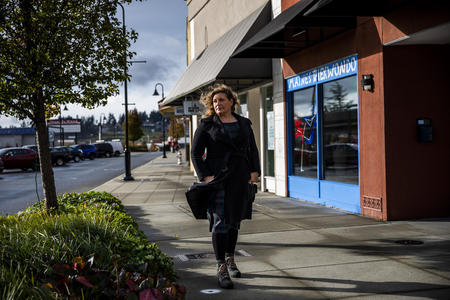