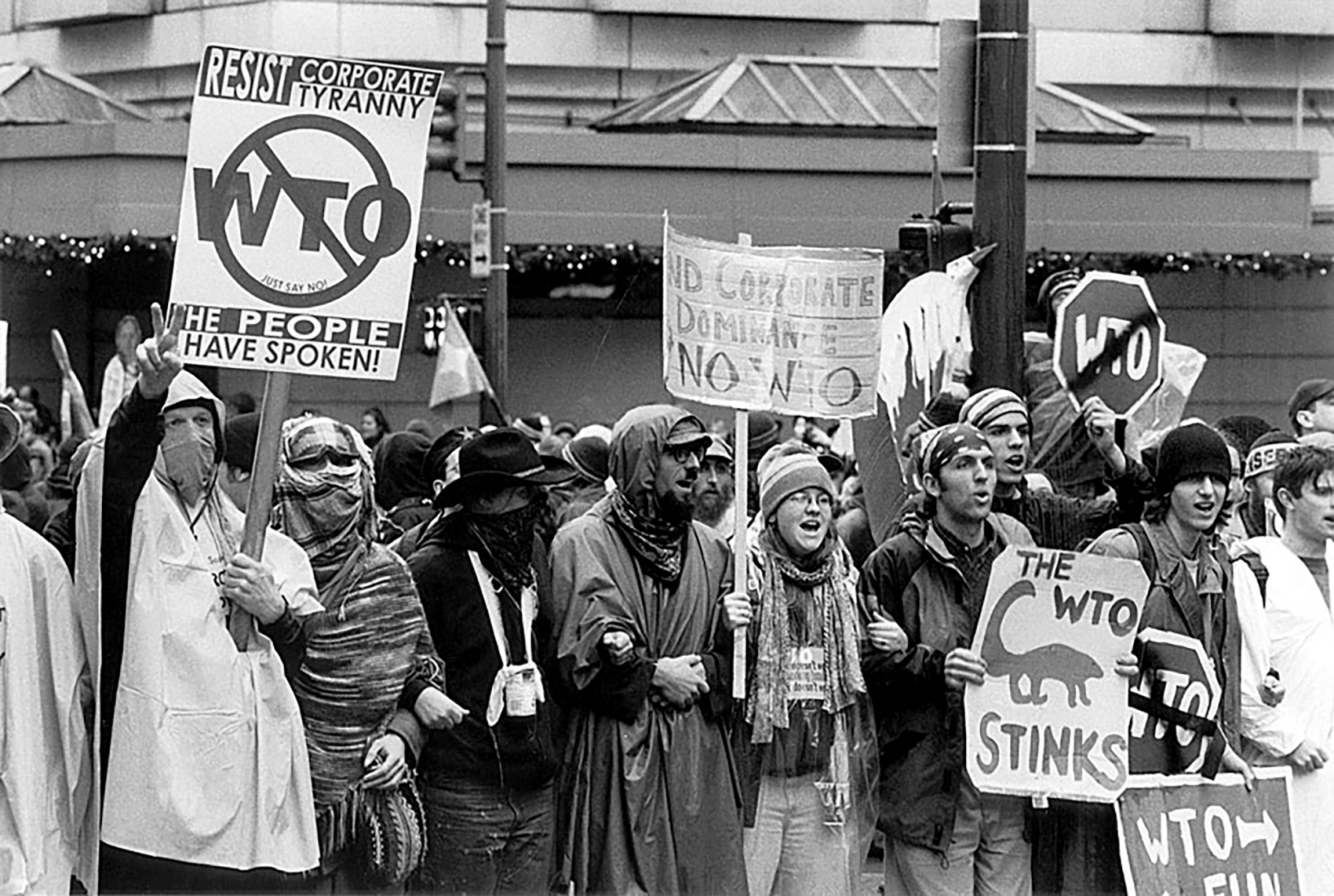 Question: Why hope for normality when that means continuation of facilitating/rewarding ever-more people to come here who might have the virus, contributing to unsolvable congestion, widespread pollution and ecological degradation to all that provides life sustenance, and exacerbating e—

Dear reader: I see you ran out of characters as the weight of the world became too much. Know that most people can sympathize with your panic, fear and desperation. I think we all share a longing to return to some kind of normal, what with all this societal upheaval whiplashing us between terror and the unknown.

I have some bad news: Normal missed the train. Someone took it out back. Or maybe it was dead the whole time. The good news is, if history tells us anything, something new and perhaps wonderful will emerge.

I don’t know if I’m the best person to guide us to “wonderful.” Some of this stems from the fact that I have trouble seeing into the future. In fact, like you, most days I can barely see past my navel as I rock in fear, wondering if returning murder hornets will be the third-act boogeyman to erase human civilization for good, or if they’ll simply turn out to be one of the many friends we made along the way.

So I turned to our very own Skip aka Mossback aka Knute Berger, our renowned Keeper of Knowledge. His powers of insight and prescience are so intense that he might actually be an Ælder god who prefers to watch his creations rather than interfere, sort of like Odin in flannel. Or maybe he’s a benevolent vampire with an all-seeing third eye. At minimum, he has access to a time-traveling phone booth.

Our conversation veered into apocalypses from Seattle’s past, and how the city emerged better and stronger. His perspective gave me real glimmers of hope and drove me to the conclusion that when we look back on this raucous period and see one set footprints in the sand, we’ll know that that was when Mossback carried us.

A reader also asked: How can I protest safely while the coronavirus is still a threat?

Ted Alvarez: What was Seattle's earliest crisis? The first time there was a real battle for the soul of the city?

Knute Berger: Well, the fire of 1889 was the first big challenge to Seattle as a city. Pioneers had all kinds of challenges, but they built a big city on Puget Sound and in one day — boom! — it disappeared. It destroyed a lot of the wharves, it destroyed the commercial district almost entirely. It only killed one or two people at most.

But it killed a million rats. So it solved a problem that way. And the city rebuilt itself out of brick and stone — something much more permanent than the kind of pioneer BoomTown that had grown up.

TA: What would have been the next significant crisis for us?

KB: Probably the Great Depression. Seattle went through a boom period that lasted up to just after World War I. We'd been the fastest growing city in the West —  faster than Los Angeles. And then we hit the depression and we were known for these vast Hoovervilles that popped up; the famous one was down in SoDo. There were no jobs. Mostly men, many of them immigrants, were unemployed.

It was also a time with a lot of political turmoil. The 1930s were pretty ugly with Nazi sympathizers and Red Scare labor violence. Some of our most violent periods between owners and labor took place on the docks in the mid-1930s. It was a really tough period, both economically and socially.

TA:  How do the World Trade Organization clashes in 1999 play on the psyche of the city, especially for people who remember that really well and see echoes of that in today’s protest?

KB: The city wasn't expecting WTO. They thought, “Oh, free trade. We'll have an international conference here. This'll be great.” And then 50,000 demonstrators showed up.

People were shocked by some of the violence on the part of the anarchists and also the police. It happened right at the opening of the Christmas shopping season. This was traumatic: People were getting tear gassed when they were taking their kids down to see Santa.

But the funny thing it did is it rebranded Seattle back into this old reputation it had as a radical town. Police, civic leaders, mayors all [around the country] started saying, “We don't want to be a Seattle.” For a while we became a watchword for a bastion of radicalism, and getting it wrong. One maybe slightly high-concept answer to the question is that by embracing radicalism and protest, we have returned to normal again.

TA: I want to go back a bit to that high-concept question. Has Seattle ever been normal? Is that a thing?

KB:  It depends on your race. If you were a white middle-class person in Seattle in the ’50s and ’60s, you probably have a certain idea of “normal” that probably wasn't that normal in retrospect.

Seattle is a dynamic place. I've always said that. There are these two forces fighting in Seattle: One side is capital and entrepreneurial. The other is social-justice minded, utopian. The shared belief between the two is that we can be a better city.

In this moment, the seesaw between change and complacency, or reaction and progression, is going to have a really big effect this time — because of the scale, the issues involved and the national nature of it.

TA: How are you personally getting through this time? How does it make you feel to see your city go through this paroxysm of change, especially as a noted documentarian of these changes?

KB: Well, I try to take the long view. I also try to encourage people to keep their eyes open and watch history being made. This'll be the kind of thing that your kids and grandkids are going to ask about. It's thrilling and a bit scary, ’cause you don't kind of know where exactly it's going to go. But you are bearing witness.

And when I say “witnessing,” I am not encouraging people to be passive. It's important to be watchful, to record history as well as live the events.

TA: So does that make you an optimist?

KB: I'm not sure people who look at history too closely could be too optimistic. Seattle's always had these sort of boom-and-bust cycles of progression and regression.

I'll tell you one interesting thing, though: One of the toughest times Seattle had economically was the Boeing recession in 1969-71. We all thought this is when Seattle would end. The saying at the time was, “Would the last person leaving town please turn out the lights.” That coincided with white flight; the city lost population.

But the decade that followed, the 1970s, was probably one of the richest, most culturally prominent and diverse periods at the grassroots and neighborhood level in Seattle's history.

In these hard times — with the economy, with COVID-19, with race issues  — this is a time when the city can really make long-term progress, even if we're nervous about the immediate circumstances. Seattle in the ’70s was when we saw Pike Place Market saved, Bumbershoot, the Burke-Gilman Trail, Daybreak Star, El Centro de La Raza, Gay Pride.

You can list an amazing amount of things that flowered, and this wasn't the government making this happen — this was citizens. So I think this period coming up could see a real flowering of citizen activism making us better in the long term, even while there are fluctuations along the way.

TA: So buckle up and get comfortable with the apocalypse. Something better is on the other side.

When I grew up, my mother told me, “Oh, you know, Mount Rainier is asleep. It's not ever going to blow,” and then, of course, Mount St. Helens erupted. And everybody was like, “Holy crap, the mountains are alive and full of fire!”

If you're frightened of major Earth movements, geological or political, you could probably pick a safer place.

TA:  OK, so stay calm, embrace the change and bear witness to history unfolding before our eyes.

KB: I mean, you know, I'm here for better or worse. I know I'm not moving someplace else. You just have to hang on and watch what happens.