Covering protests with an eye on journalism's past mistakes

Crosscut’s photojournalism editor talks about preparing for and capturing anti-racism protests in Seattle. 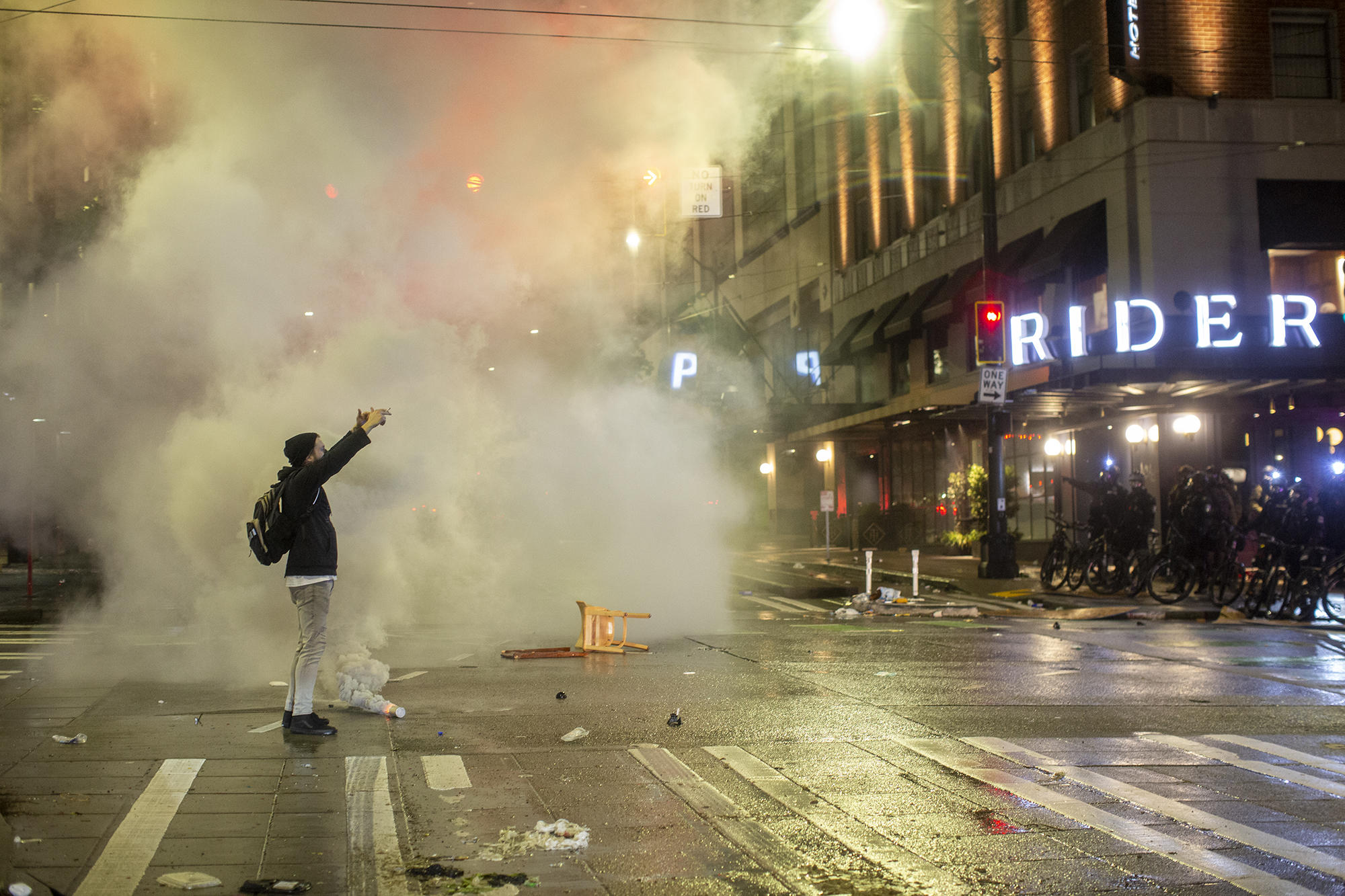 A demonstrator shouts at Seattle Police while standing in a cloud of tear gas, downtown, May 30, 2020. Over the ensuing week, tear gas was deployed multiple times on crowds, prompting city officials on June 5 to ban its use against protesters. (Shaminder Dulai/Crosscut)

In normal times, when our newsroom hears of protests and sees massive efforts to organize, we hit the pavement to meet the community and talk to sources, experts and people to understand, gather and report.

But we aren’t in normal times. When news of George Floyd’s death broke, something told me this time would be different.

The nation was already becoming an anxiety-filled and frustrated powder keg under the threat of COVID-19. Our newsroom closed our offices in early March and, like many others, we had found new ways to continue reporting.

Then we saw the latest wave of violence and death striking people of color at the hands of police, civilians and those who sought to weaponize police against black bodies — a match ready to strike.

I remarked to our opinion editor before last weekend’s protests began that things felt different this time. I compared it to Spike Lee’s Do the Right Thing and saw parallels between the film’s heat wave summer and our health pandemic in the tense environment each situation created. To anyone who saw it, the very public death of an unarmed black man at the hands of police in each case was undeniable and inexcusable.

Before moving to Seattle, I worked for several national magazines and broadcast outlets. I witnessed the general media and my own publications make many mistakes in how we covered Black Lives Matter and numerous related issues addressing systemic racial bias and institutionalized racism. As a journalist, as a person of color, as someone who feared for his safety when pulled over, detained or questioned by police, I worried we would lose sight of the issues and repeat those mistakes. I feared we’d get distracted by violent imagery and forget the underlying humanity and issues that sparked the anger. I worried we would once again see the story drift to the manufactured dissent of the “one bad apple” narrative. I feared Seattle would see the same fires, vandalism, tear gas and injured protesters and police officers that I saw in Minneapolis. I feared for the safety of my team of visual journalists and their physical and mental health, not only in regard to the potential for injury, but also in becoming unwitting vectors for COVID-19. I spoke to colleagues across the U.S. and contemplated what I would do if someone on my team were attacked by police officers, or by looters, or if they were arrested or hospitalized. 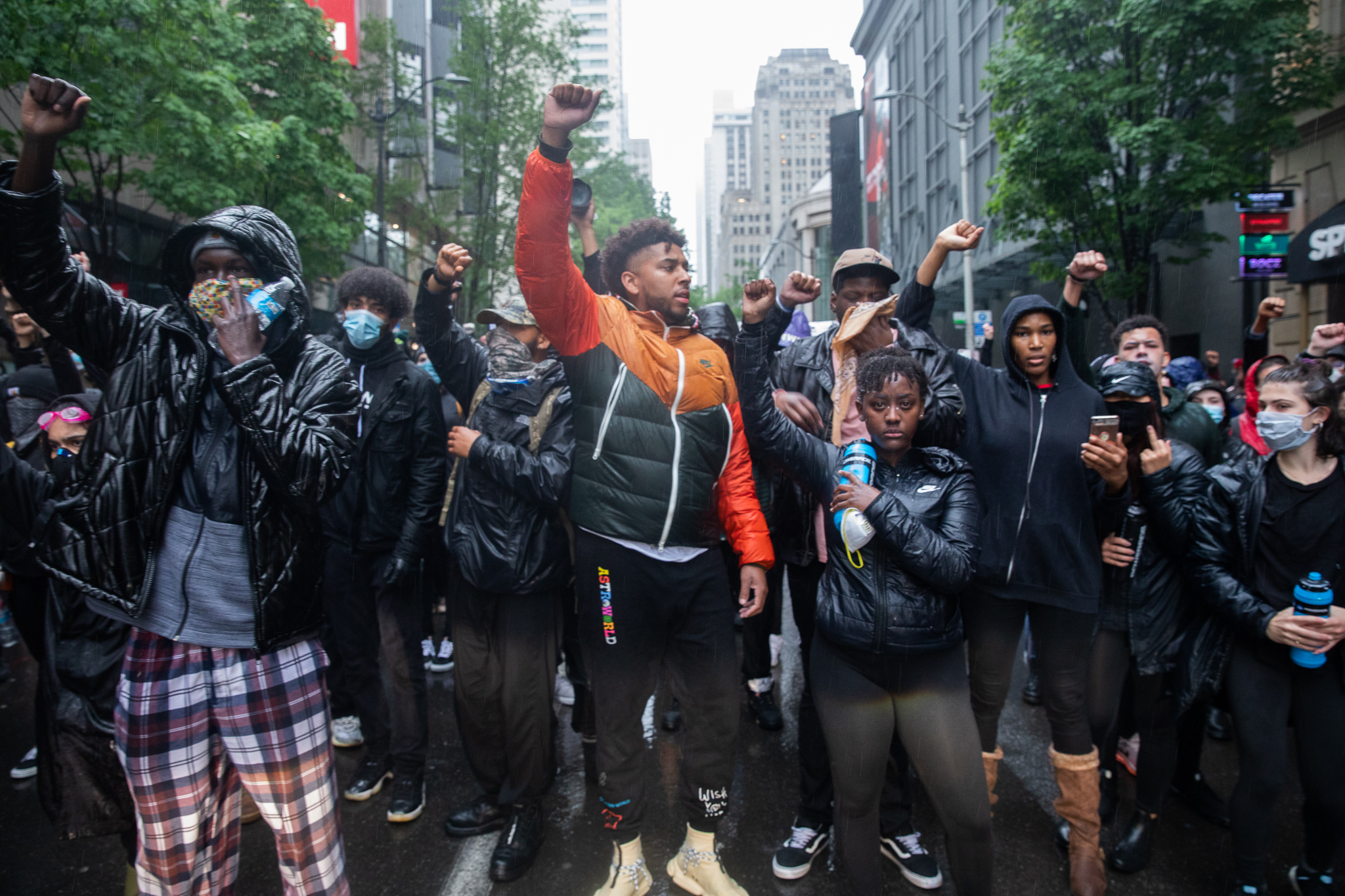 Demonstrators raise their first in the air and chant 'Say His Name, George Floyd' during protests across downtown Seattle, May 30, 2020. A wave of protests have swept across the U.S. following the death of Floyd. Minneapolis Police Department officer Derek Chauvin has been charged with his murder. (Matt M. McKnight/Crosscut)

Demonstrators raise their first in the air and chant 'Say His Name, George Floyd' during protests across downtown Seattle, May 30, 2020. A wave of protests have swept across the U.S. following the death of Floyd. Minneapolis Police Department officer Derek Chauvin has been charged with his murder. (Matt M. McKnight/Crosscut)

Going into the weekend, our visuals team met daily. As the journalists on my team shared their ideas for stories, the importance of covering all angles and making sure we bring diverse voices to the table to talk with us, I felt I was in the right place and with the right group.

In the past week and looking into the weeks ahead, I can say I’m not as afraid anymore. Or rather, less afraid, but determined to stay vigilant. I’ll continue to ask myself whether I’m doing it right, continue to stay up too late and continue to worry about my team — I’m not built any other way. We will continue to have our team discussions, check in on everyone’s health and safety, and create avenues for the “need to know” stories that empower and inform our communities. And if you see me wavering, please drop me a line: Shaminder.Dulai@Crosscut.com or on Twitter @SDulai. 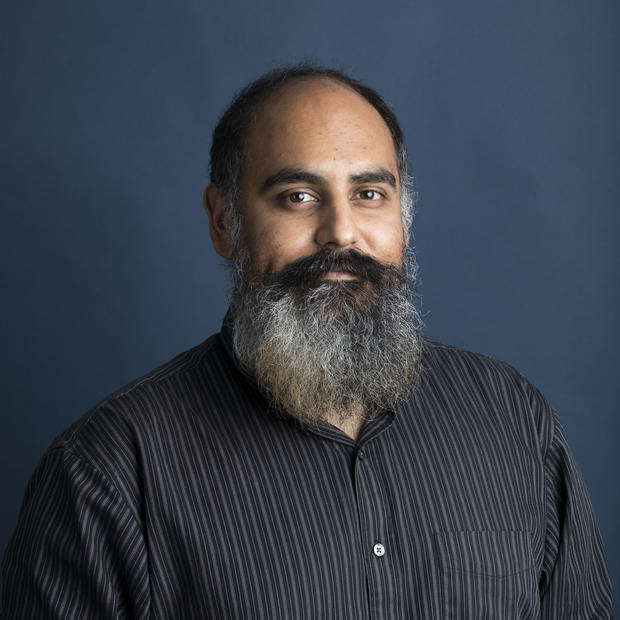