Joe Biden shouldn't assume he has my vote

The Democratic candidate for the presidency makes assumptions about me and other voters of color at his own peril. 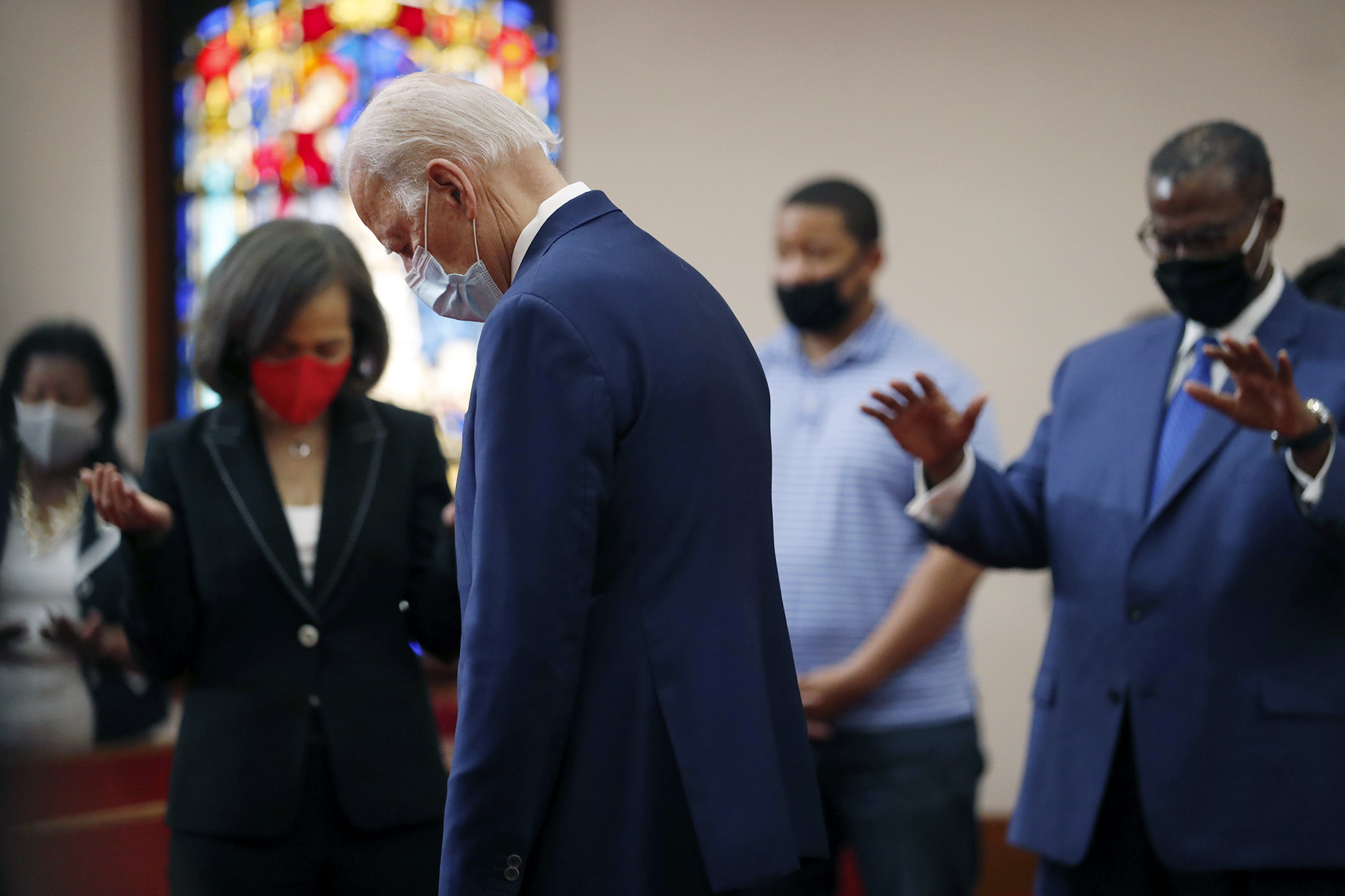 Joe Biden likely assumes he has my vote. And I can see why he might. From the views I express in this column, to my identity as a person of color and the portrait of Barack Obama I have hanging on my wall, I seem as much a sure thing for Democrats as cheeseburgers in today’s White House.

But the former vice president and his party would be making a potentially costly assumption about me and what they presume to be their bedrock of support from Black and other aligned voters of color.

Biden actually does not have my vote. Not yet and maybe not ever.

Just to be clear: This doesn’t mean Donald Trump has my support. He could stand in the middle of Fifth Avenue and threaten to shoot me, but I still wouldn’t vote for him.

This also doesn’t mean that (potentially) not voting for Biden would materially be the same as voting for Trump — that is, “helping” him get reelected. That’s as absurd as blaming the millennials and people of color who sat out the 2016 election for Trump’s victory over Hillary Clinton. I patently reject that line of thinking.

Let’s stop citing indifferent electorates or tepid support as reasons for any candidate’s failure. It’s time to blame the flawed white candidates constantly paraded before voters of color who fail to inspire us to make the often-difficult effort to cast our ballots, particularly in areas where there are active efforts to disenfranchise. If you want our active buy-in, stop making us choose the lesser of two evils, prompting a reflexive default to Democrats.

I’m not Black, but I am a person of color who definitely profiles like a traditional Black voter. I favor compassion over greed, champion equity and social justice, and have a strong faith in the federal government as a check against the capriciousness of states and more locally flavored bigotry, from the large urban havens of faux liberalism to the remote and rural sunset towns.

What also aligns me with Black voters is having spent my voting lifetime filling in the little squares next to Democratic candidates. Even times when I was determined to vote for a Republican, I just couldn’t go through with it. Voting Democrat has been as unbreakable an addiction for me as consuming sugar — and about as bad for my well-being.

The bond between Black and aligned voters of color and the Democratic Party has proved virtually unshakeable. It carried Obama to the presidency in 2008 and 2012. It was considered his vice president’s electoral firewall as Biden stumbled early in the Democratic primaries. It lifted Biden to a decisive victory in South Carolina that allowed the orchestrated move by the party to squash the Bernie Sanders candidacy.

But things have changed dramatically in the short time since then. We’re now seeing the world over face masks and through plexiglass shields and the acrid smoke of our burning streets. The COVID-19 pandemic has pulled the curtain back on the triple crown of inequity for people of color: health care disparities, social justice and economic inequality. After two weeks of protests against police brutality, the disconcerting theater of police violence against demonstrators has changed even white minds about a rigged justice system built on anti-Blackness.

Seventy-four percent of the country now believes that the killing of George Floyd is a sign of broader problems in the treatment of Black Americans by police, according to a recent ABC News/Ipsos poll. Seventy-four percent supported the protests in cities across the country, according to a recent Washington Post-Schar School survey. Support for Black Lives Matter has increased almost as much during the past two weeks as during the previous two years, according to data by Civiqs, an online research company.

You know who suddenly seems in step with the mood of the country? Cory Booker, Kamala Harris, Elizabeth Warren, Bernie Sanders — the Black and far-left candidates abandoned by the Democratic Party. Gone with them are any hope of achieving sea change in income inequality, health care for all or gun control.

Poof went any notion of defunding policing, too.

Do you know who seems really out of step with these times? The guy who in the past supported strict police tactics and a criminal justice system that worked against people of color. The guy who collaborated with Senate segregationists in sponsoring the 1994 federal crime bill. The guy whose campaign just came out against defunding police. He really couldn’t just say, “I won’t rule it out,” or “we’re still studying that”?

“Average Joe” Biden (Trump isn’t the only one who can hang a nickname on a politician) is the one who told Charlamagne tha God, “You got more questions? I tell you what, if you have a problem figuring out whether you're for me or Trump, then you ain’t Black."

Biden’s going to have to earn my vote, and I hope I’m a proxy for millions more. He must choose a Black woman as his running mate. That’s nonnegotiable.

Fifty-nine percent of Democratic primary voters believe a woman of color as Biden's running mate would improve the ticket's chances of being elected, according to a recent Monmouth University Poll.

Harris, a senator from California, seems to be everyone’s darling now. But I love Atlanta Mayor Keisha Lance Bottoms, Rep. Val Demings of Florida and Susan Rice, Obama’s national security adviser. Biden also needs to get right on criminal justice and, to do that, he needs to first fix his campaign’s dearth of senior advisers of color. If he’s going to be serving up anything we like, we need to be at the table first.

Otherwise, until I see and hear differently, I’ll believe the Biden candidacy to be spawned from a country of Karens, that signifier of privileged white intolerance that manifests in siccing the manager on Black folks at Starbucks or the cops on a Black birdwatcher in New York's Central Park. I don’t trust the recent surge in white corporate words and sentiment, framed around racial allyship; experience compels me to assume they’re false gestures that eventually will ring as hollow as they have during more than half a century of civil rights struggle. If Black lives truly matter, give us a candidate with a meaningful plan to protect and cherish them.

It’s been self-defeating to spend a lifetime voting for candidates who have never effectively addressed our issues. That constant reinforcement and absence of consequence have excused a generation of politicians for sustaining white supremacy in this country. If Black and aligned voters of color want to stop being complicit in our own lack of progress, we must be willing to suppress our knee-jerk reaction to vote for insufficiently responsive Democrats. Anything less perpetuates the stasis of racial inequality.

I know what’s at stake. Trump is our racist in chief and has been dismantling everything that Obama has touched and that we hold dear. Even if it’s against us, at least I fully comprehend where Trump stands. I’m still willing to risk choosing the devil I know. If there’s hell to pay, don’t blame me or any other voter of color for passing on yet another inadequate candidate. White people do it all the time.