The 5% decrease is a step toward closing the city's $378 million budget gap, but it's also less than the 50% cut protesters are demanding. 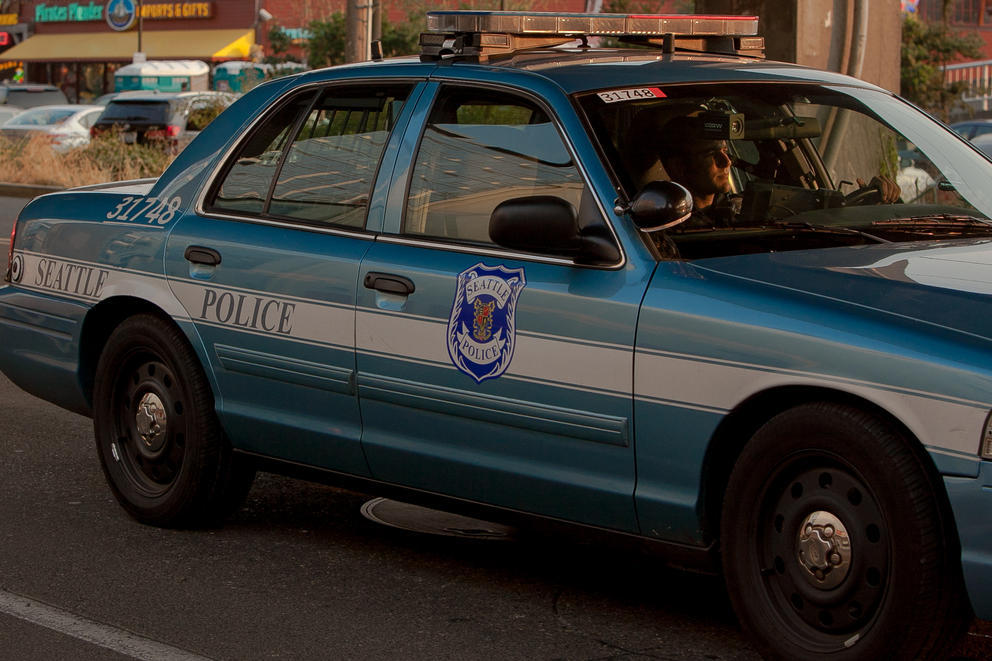 Protesters have called for a 50% cut to the city's budget for policing, which would amount to more than $200 million. (Jovelle Tamayo/Crosscut)

As part of her opening bid to rescue the city’s budget from its COVID-19 hole, Mayor Jenny Durkan is proposing an initial cut of $20 million from the Seattle Police Department this year — about 5% of the department’s 2020 budget — while her office develops plans for possible further reductions in 2021 and beyond.

The city is estimating it needs to reckon with a $378 million funding gap this year, the result of tanking revenue and increased spending on Seattle’s response to the coronavirus pandemic.

The economic crisis has forced the city to revisit its 2020 budget this summer; the mayor and the council will then turn around and begin writing their 2021 this fall. As a result, the ongoing protests against police brutality and the economic devastation of COVID-19 are meeting directly on the city’s balance sheet.

In addition to cuts to the police department, Durkan is proposing a range of short- and long-term strategies to fix the city’s budget.

Outside help, from the state and federal government, will ease the budget pain this year. The city has already received or is expecting to receive a range of grants and aid packages from the Federal Emergency Management Agency, the state Department of Commerce and federal dollars directly to the city or by way of the state under the Coronavirus Aid, Relief and Economic Security, or CARES, Act.

But the additional money will not come close to bridging the city’s budget gap.

The city has already frozen hiring and cut travel and consultant contracts. Additionally, Durkan is proposing that the city spend down 25% of its rainy day fund in 2020 and move money from voter-approved tax levies for transportation, parks, education and libraries.

The city is also looking to pull dollars from its capital budget to the general fund, which would spur a “significant reprioritization” of some projects, especially in the city’s transportation department. Notable among them: Durkan said she wants to pause construction on a downtown streetcar that would connect the city’s two existing lines.

The already difficult task of rewriting the city’s budget has grown more desperate in recent weeks, as protesters have taken up residence on Capitol Hill, calling on Durkan to “defund SPD.”

Durkan, in turn, has pledged $100 million in spending on community organizations. Not all of that will come from the police department's budget.

To accomplish her proposed $20 million cut, the city will freeze hiring of new police officers until at least 2021 — something other departments had already committed to doing — and stop spending on new technologies or vehicles. The city also will redirect $4 million away from proposed improvements to the North Precinct police station.

Protesters have called for cuts of up to 50%, or over $200 million, from the police budget. The mayor’s proposal does not go nearly that far. Speaking Tuesday, Budget Director Ben Noble said the $20 million is deeper by about $5 million than cuts originally planned in response to the protests.

But Durkan is pledging to work with community members to draw up plans for possibly more severe cuts to the police department. In addition to the immediate $20 million cut, she has asked the department to draw up models for slashing its budget by up to 20%, 30% and 50% as a starting point for “community engagement.” Durkan has repeatedly said she does not support a 50% cut.

The future for the city’s budget does not appear any rosier — and in fact may be worse, as state and federal aid dries up. The city is already forecasting an additional nearly $300 million shortfall in 2021, on top of the gap in 2020. The mayor is proposing the city spend the rest of its rainy day fund next year to fill that hole — about $129 million — but said more cuts, new revenue or some combination of the two would be necessary.

“The scale of this is such that it will be hard to avoid that entirely,” he said of possible layoffs.

“This is the biggest financial hit the city has ever seen,” he added.

The city could also seek new revenue, although the mayor’s office did not provide any specific proposal. The Seattle City Council is considering three new tax proposals, including two separate payroll taxes on large businesses and one proposed tax on income from stocks and bonds.

Durkan opposes one of the payroll taxes and has been silent on the other two proposals. In the past, she has suggested she could support a flat income tax — newly allowed in Seattle after a recent court ruling — but has not yet made a concrete proposal.

by / September 21
Focus: Facing the Fallout

Child care was already dysfunctional. COVID-19 could break it completely

As Washington state pushes through the pandemic, a shortage of child care options forces parents and providers to make difficult choices.

by / September 14
Focus: Facing the Fallout 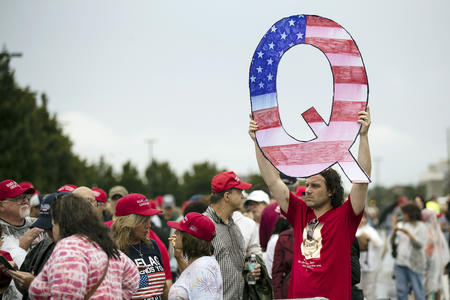 The baseless movement claims satanic pedophiles run the world. One professor describes it as ‘a decentralized online conspiracy cult.’