The measure from Councilmember Teresa Mosqueda would likely raise over $200 million annually from top-earning companies. 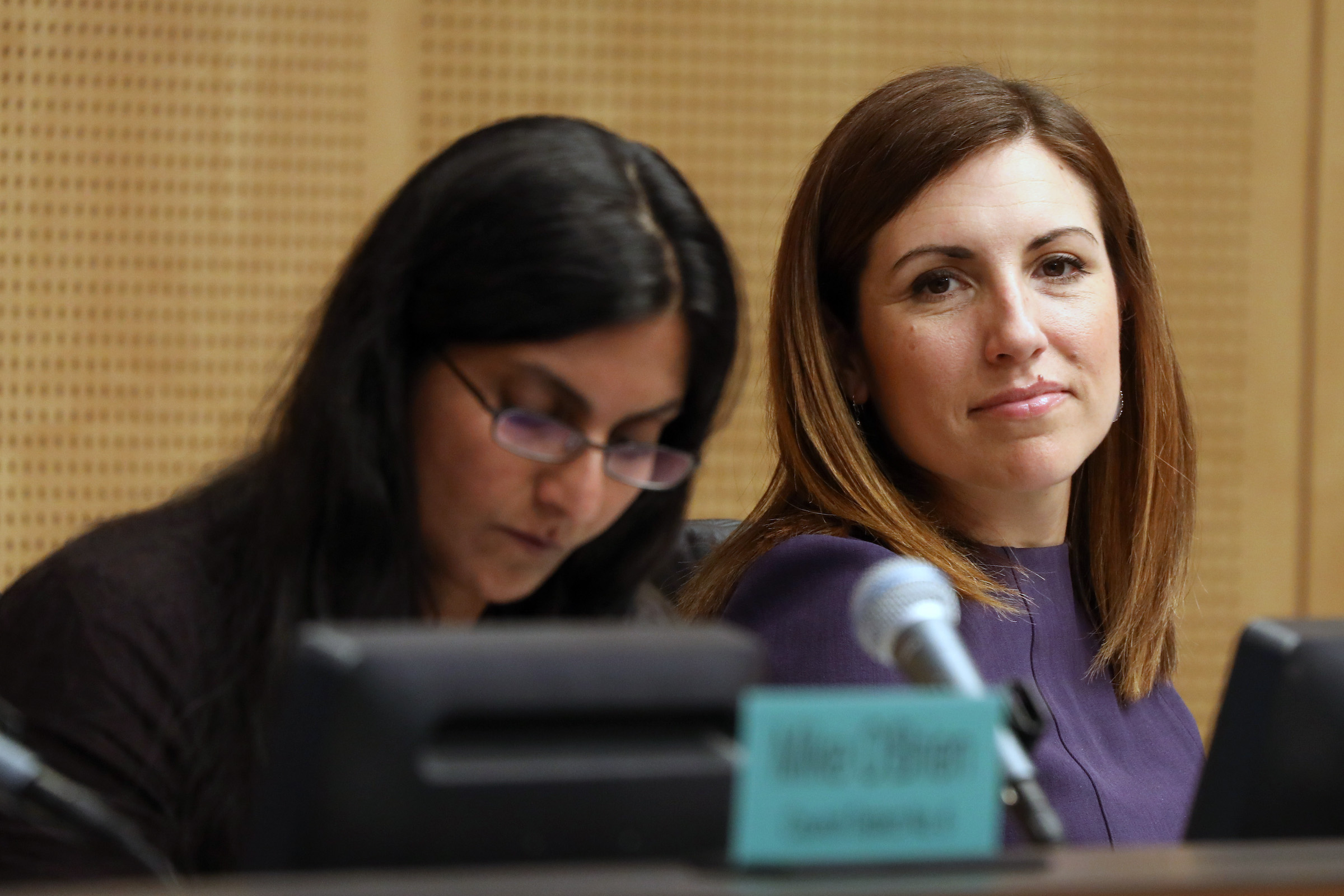 In this 2018 file photograph, councilmembers Kshama Sawant and Teresa Mosqueda are seen on the dais together during an employee hours tax vote by the Seattle City Council at City Hall in Seattle, May 14, 2018. (Matt M. McKnight/Crosscut)

Seattle City Councilmember Teresa Mosqueda on Tuesday rolled out a proposed new tax on large businesses that she said would likely raise more than $200 million a year — much of it from Amazon and other top-earning corporations in the city.

The tax would not kick in until 2022. But if approved, Mosqueda said, the city could immediately start spending down the city’s emergency, rainy day and some newly discovered unspent general fund dollars to provide relief for people this year and next, which the city could pay back once the new tax revenue began to flow.

Seattle is facing a budget shortfall of up to $500 million over the next two years because of the COVID-19 pandemic, renewed calls to invest in alternatives to police and a continuing struggle to house all of its residents.

Even before COVID-19, the city needed an estimated 244,000 new affordable living places and 6,500 permanent supportive housing apartments for people experiencing homelessness, according to estimates from government and advocacy organizations. As people see their incomes evaporate, local organizations have seen thousands of applications for rental assistance.

This proposal, Mosqueda said in an interview, would take bites out of each — starting with the short-term needs of residents and businesses facing lost income. It would then morph over time into a fund to build more affordable housing.

“It’s really an attempt to recognize that we have a public health crisis, address that immediate need for businesses and families, create food security for immigrants and refugees, and also that we have a long-term trajectory to get out of this crisis,” Mosqueda said.

Mosqueda’s proposed tax is another in what’s becoming a long line of attempts to raise money from the city and region’s biggest companies, namely Amazon. Past efforts have failed amid well-funded opposition, most notably in 2018 when a so-called “head tax” was passed, then quickly repealed.

State lawmakers in Olympia considered authorizing King County to levy a similar business tax, but the proposal stalled in the legislature.

With Mosqueda’s proposal, the city now has two concurrent possible taxes on the table.

Councilmembers Kshama Sawant and Tammy Morales are pushing for an even larger new source of money — what Sawant has called an effort to “tax Amazon,” a revival of her refrain from 2018. Their current proposal would raise as much as $500 million a year from roughly 800 businesses

The Sawant/Morales bill stalled for a time due to restrictions on discussing nonemergency legislation, but discussion of their proposal has resumed. At the same time, backers of their proposed tax are collecting signatures to put the question to voters.

Morales said Tuesday she was still reviewing Mosqueda's proposal, but appreciate that it had been put forward. “Council members seem to be in agreement that we must invest in Black communities and in Black wellness," she said in an email. "That’s how we reduce the racial wealth gap. We now have the chance to put our money where our mouths are with the revenue that either of these proposals would generate."

Unlike Sawant, Mosqueda has conversed in recent weeks with some of the businesses that would be affected by the tax. She said she’s also working with labor, including some construction unions that have opposed past business taxes. And she’s attempting to build off the unsuccessful payroll tax effort in Olympia, which had a wider cross-section of support than past efforts at the city level.

Richard Lazaro, who manages state and local government affairs at Expedia, said he appreciated the outreach and believes it to be a good faith conversation around what the city needs to do to address its needs.

“She has solicited and welcomed our input,” Lazaro said of Mosqueda. “Every detail is not going to be perfect. I’m not coming out [on Tuesday] endorsing the bill as written, certainly, but what I can say is she sought input from a variety of stakeholders, including us.”

Lazaro and Expedia was the first to openly support the ultimately doomed payroll tax authorization in Olympia last year and did not sign on to efforts to repeal the city’s 2018 tax. He said he will remain involved in local discussions as they move forward.

Alicia Teel, spokesperson for the Seattle Metropolitan Chamber of Commerce, signaled the business group would oppose the city tax, as it has past efforts. "This conversation about public budgets and revenues is bigger than just Seattle and should happen at the state level," she said in a statement. "A new city tax on businesses at this moment will not help economic recovery."

Grocery stores and government entities would be exempt from the tax.

Mosqueda said she’s still waiting to hear from the state on how many businesses would fall into each category.

“This is a small tax that I think can help generate economic activity that we think can help support these very businesses that will be paying it,” Mosqueda said, adding, “Given the narrow sector that we’re really asking to step up right now to jumpstart our economy, I don’t think this will impact wages or competition.”

This year, 40% of the emergency money spent by the city would go toward housing assistance, including help with rent, expansion of homelessness prevention services and money for homeless shelter providers. Twenty percent would go toward direct assistance for immigrants and refugees; 20% toward helping small businesses; 15% to expand emergency food vouchers; and 5% toward administrative costs.

The following year, the majority of the city’s emergency spending would go toward reinvesting in programs that will be cut because of the current budget shortfalls, as well as toward additional business support and food security.

The tax will sunset in 2030. Alternatively, if Olympia or King County passed a regional tax, the city’s would go away.

Mayor Jenny Durkan has signaled that she may support a flat income tax — a third idea that a recent court ruling seemed to allow. She opposes the tax from Sawant and Morales. and did not immediately respond to a request for comment on Mosqueda’s. A spokesperson said in a statement, "The mayor has not yet reviewed the legislation but is committed to working with the state delegation, federal delegation, City Council, and community leaders to identify new, progressive revenue sources to invest directly in our communities."